This mod brings original PC Half-Life: Uplink addon to the Playstation 2.
Menus, models and sprites are modded with my PS2 HL Tools (link). Maps are converted with Triang3l's BS2PC.

I can't believe that this project came this far: from ugly buggy proof of concept to the final release. I want to thank small but strong community of people that are still interested in PS2 Half-Life mods for support throughout this journey.

There we go, here is final release of PS2 Blue Shift mod. In this release you can expect some bug fixes and big stability improvements.

In addition to that there is also an option to play with Dreamcast models now. Those models got the same treatment as PS2 ones: 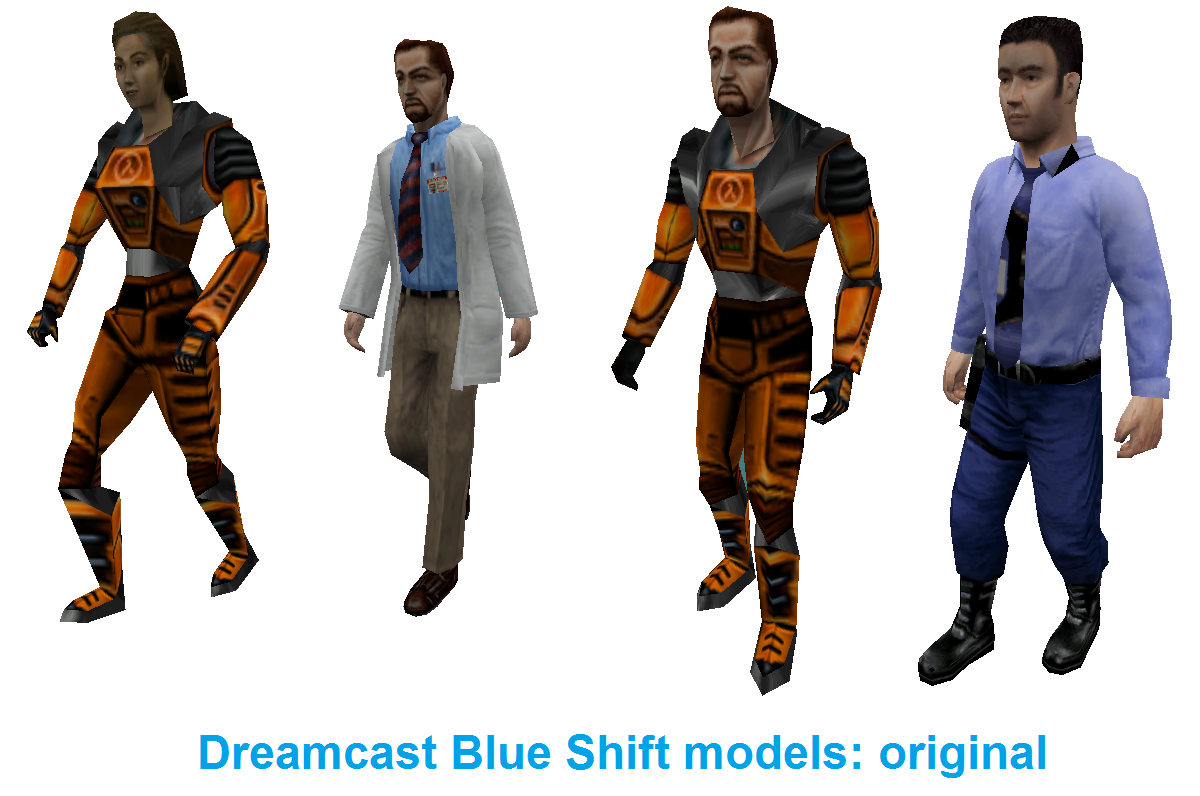 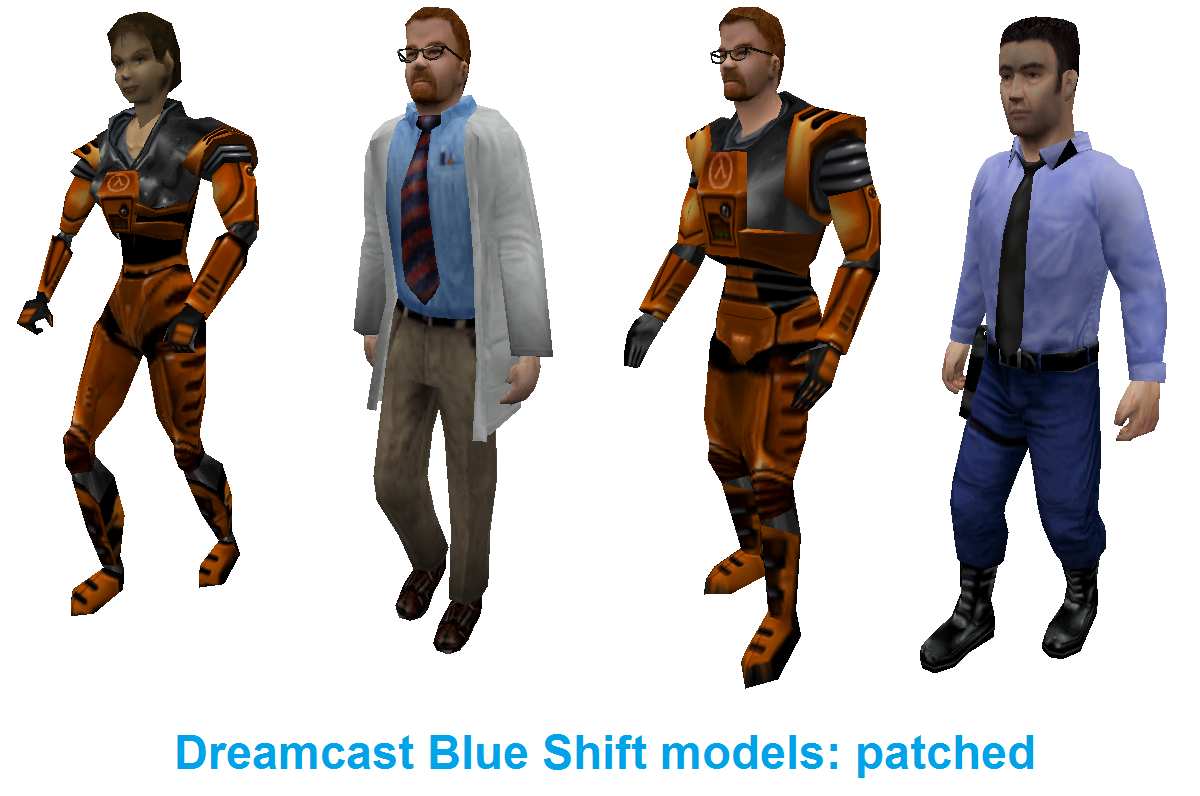 There you can see Dreamcast models in action:

I also got several mails, that suggested me to release new PS2 models for PC so I uploaded them as bonus in "files" section as well as Dreamcast models and Dreamcast music pack for Steam version of Blue Shift.

Saves from previous builds are not working again as I found an option to separate Blue Shift saves from the main game so it is no longer possible to cause crash by loading save from wrong game. 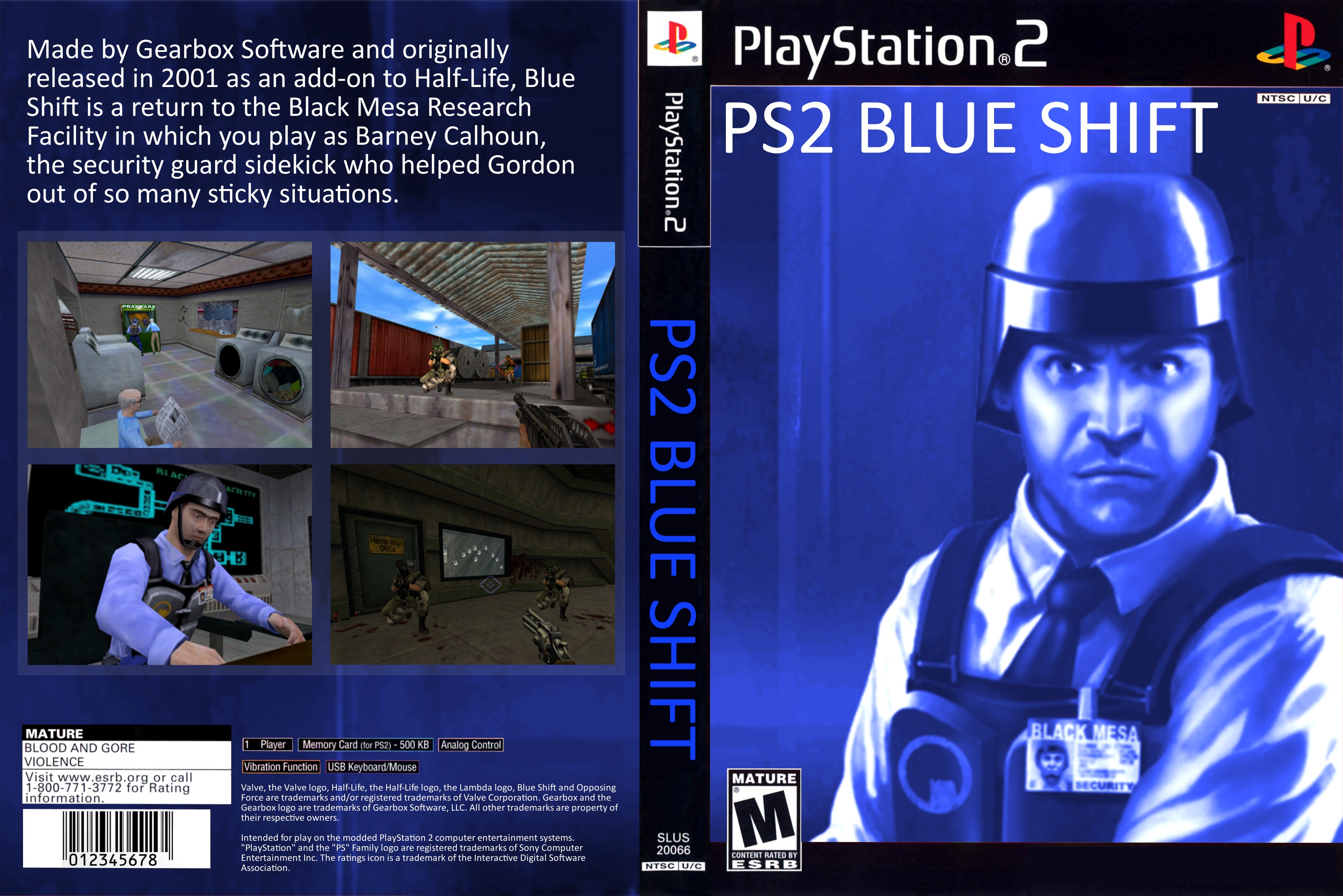 === Known flaws ===
- Big framerate drops in some areas
- Wierd glass behaviour in some areas
- PC models can cause some minor graphical glitches on PS2
- Scientists inside intro elevator are non-solid to prevent major glitches, but elevator can still drain some HP from player

- The game is completely stable now. Instabilities were caused by a bug in the game code: reference to every used file is stored in RAM inside special section and unused references are never cleared. When this file reference list goes out of bounds all sorts of crazy things can happen. So I made a hack that increases size of this section from ~206KiB to 512KiB
- Added save game isolation to prevent crashes by loading saves from wrong games
- Merged HD and SD models into one ISO and made in-game selector to choose between them
- Added an option to play with Dreamcast models (and maps)
- I found out that I messed up soundtrack in previous builds. Correct PC soundtrack would play now if you choose to play with PC models and authentic Dreamcast soundtrack would play if you choose to play with Dreamcast or PS2 models
- There should be less rescaling artifacts on map textures
- Lots of other small improvements that I forgot about

This is beta release of unofficial PS2 port of Half-Life: Uplink.

This is beta release of unofficial PS2 port of Half-Life: Uplink.

This is alpha release of Half-Life: Uplink mod for PS2.

Is it possible to play this with Swap Magic on a pal system?

If it can play original PS2 HL (NTSC) then it should also play this.

It didnt work for me.

Would it not be possible to somehow extract the game from the demo disc somehow and have it boot straight into the game?

Hello. What demo disc are you reffering to? If you are asking about possibility of making hidden PS2 Uplink demo into a self contained disc then the answer is yes. But I think that sharing unmodified resources with included unmodified executable file would be straight considered as piracy.
I already walking on thin ice by releasing self-contained ISOs, but I try to focus on modded content that was not present on PS2 before and was ported only with my tools and BS2PC to give less reasons for GabeN to take down my mods.

Don't you know that there is an official version of Uplink for PS2 right? I'm sure MarphyBlack could help you out with that, it would save you a lot of time if you used those files already made for PS2 for this!

Yes I know that there is an official PS2 Uplink port.
As I already answered to vaanacz comment in "files" section this mod was at first just a test for my conversion tools and BS2PC.
Then I thought that it might be worth to release the mod because it is hard to find that PS2 magazine disc on web while this mod would be easy accessible on ModDB.
And the time that I spent on this mod wasn't worthless as it helped to improve my tools and other PS2 mods.