(for lack of a better name, it's a working title)
Half-Life: Source Anthology includes the following titles in one complete package.

Valve's Half-Life: Source was a mere tech demo showing off what the Source Engine was capable of doing back in 2004. Unfortunately it was a straight port taking little to no advantage of the technology the Source Engine had to offer.

My project sheds new light on the long forgotten title in regards to higher quality level design and geometry, better usage of the physics engine, and countless other features the Source Engine has to offer.

Half-Life's demo will see the light of day once again, brand new level geometry and features, along side with compressing it all down into one map file!

Blue Shift will finally get to see the Source Engine as Half-Life once did and it will receive a similar treatment in higher quality map design and possible features.

Opposing Force will also fit comfortably within the roster of titles to be ported over. It too will get new polished level geometry.

Only seen once on the PC as an unofficial release, Decay will also be included in the Source Anthology. Ending this package with a proper Co-Op experience playing as Colette Green and Gina Cross, with the potential of being able to play through ALL the other titles in the package as a barebones Co-Op compatible experience.

There will be three multiplayer modes.

These three modes will be fully customizeable, they will include all the original Goldsrc multiplayer maps, with possibility of user submissions. You'll also be able to enable or disable Half-Life: Opposing Force weapons and related content.

If you're interested in helping out in any way shape or form feel free to contact me via:
Email: jonahwoodside@gmail.com
Discord: woody#1714
Steam: Steamcommunity.com

Thank you all, and I look forward to working with some of you.

Despite some recent ups and downs, lots of progress is being made!

I've been battling out ideas of what direction I should settle on with this mod as a whole.

That hasn't changed my focus though, and I think I may have chosen a path that would satisfy just what I'm looking for, it will also allow room for future improvements.

Let's start out with the smaller stuff...

I've changed the level name scheme to be more specific and consistent among the expansions. Examples of this are:

Each map file name includes a prefix, a designation letter, a number, and the chapter title. The prefix is for the game: hl = Half-Life, ba = Blue Shift, op4 = Opposing Force, dy = Decay. The designation letter defines what type of level it is, t = Training, c = Chapter/Campaign, b = Bonus, d = Demo. The number defines the order in which the maps are laid out under the specific designation letter.

My goal is to have one map file for each chapter, and it's worked out so far other than Anomalous Materials being split into a second map called "hl_c02_anti-mass_spectrometer" but hopefully I'll be able to combine the two with further optimizations to the game engine and level design.

So after already having extensive work done on more than a dozen maps, I've finally concluded that I'm going to be using the Playstation 2's version of Half-Life for the foundation of Half-Life's campaign level design, This will include all the upgrades and tweaks Gearbox added to the game, this would technically be a more canonical addition than my redesigns which makes it a great foundation to work with. This would also bring Half-Life to a similar quality standard and consistency to the other expansions.

I really wanted more to show off, but seeing that I missed two deadlines for showing things off, I can't keep putting it off. 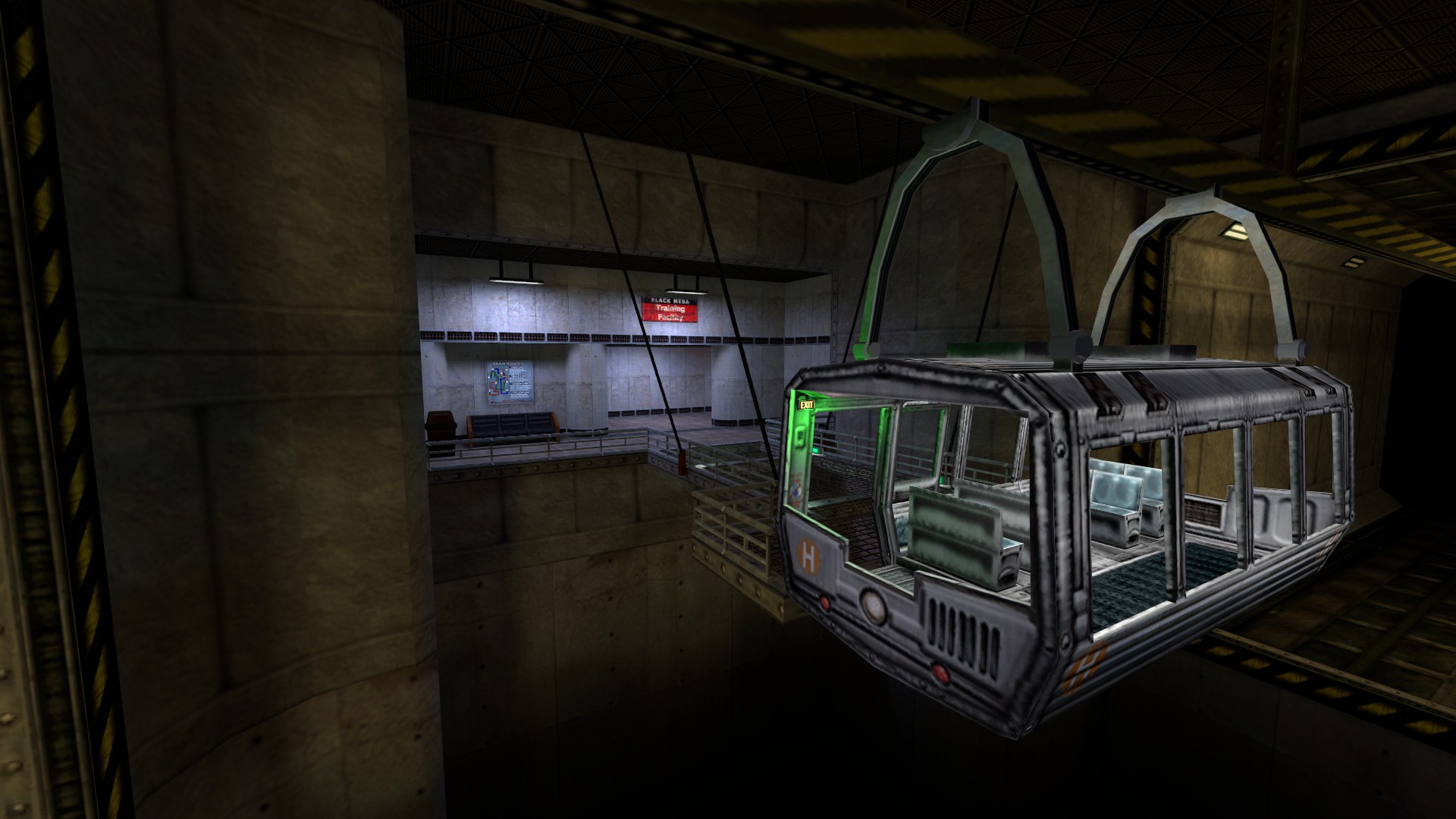 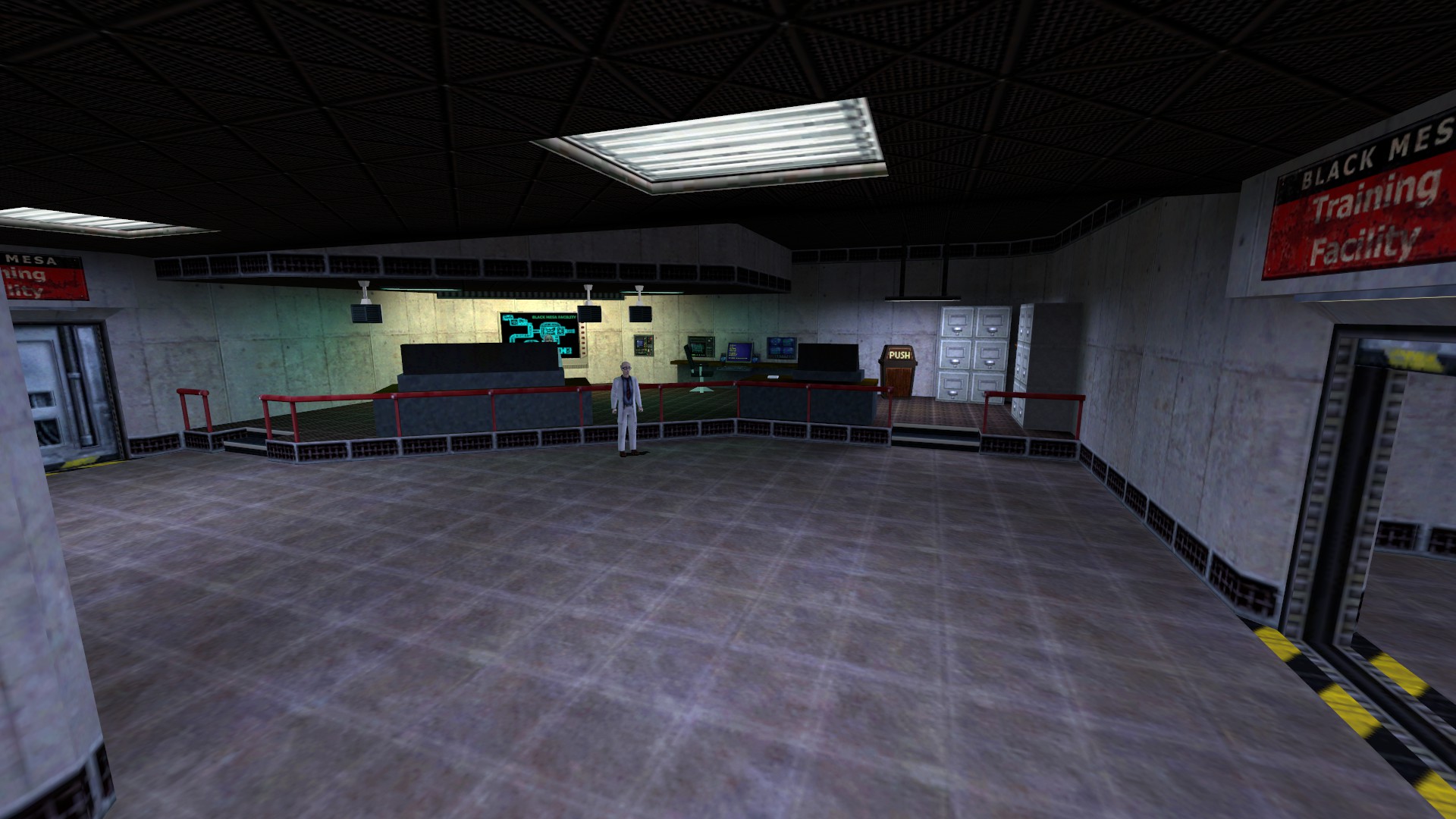 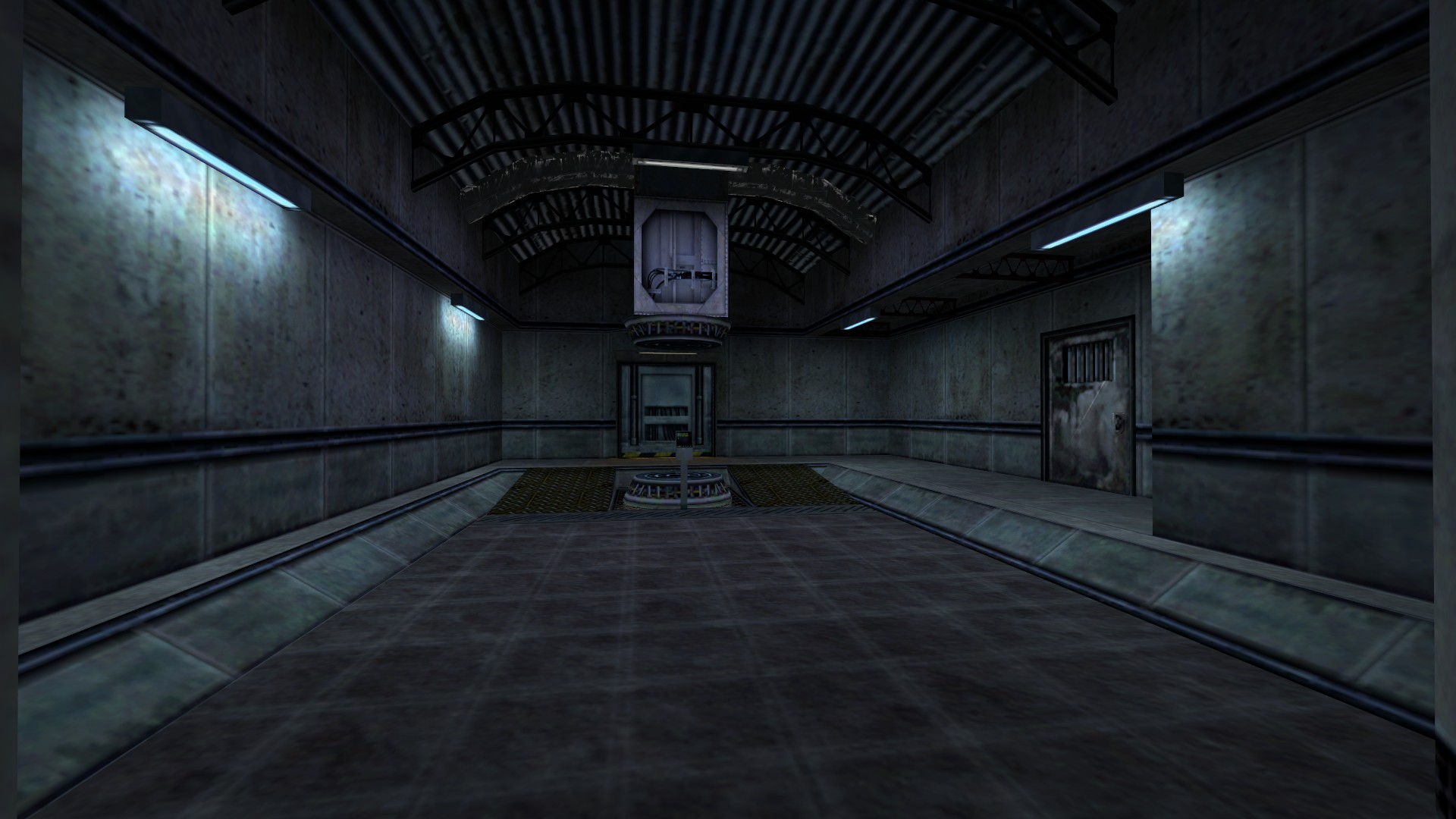 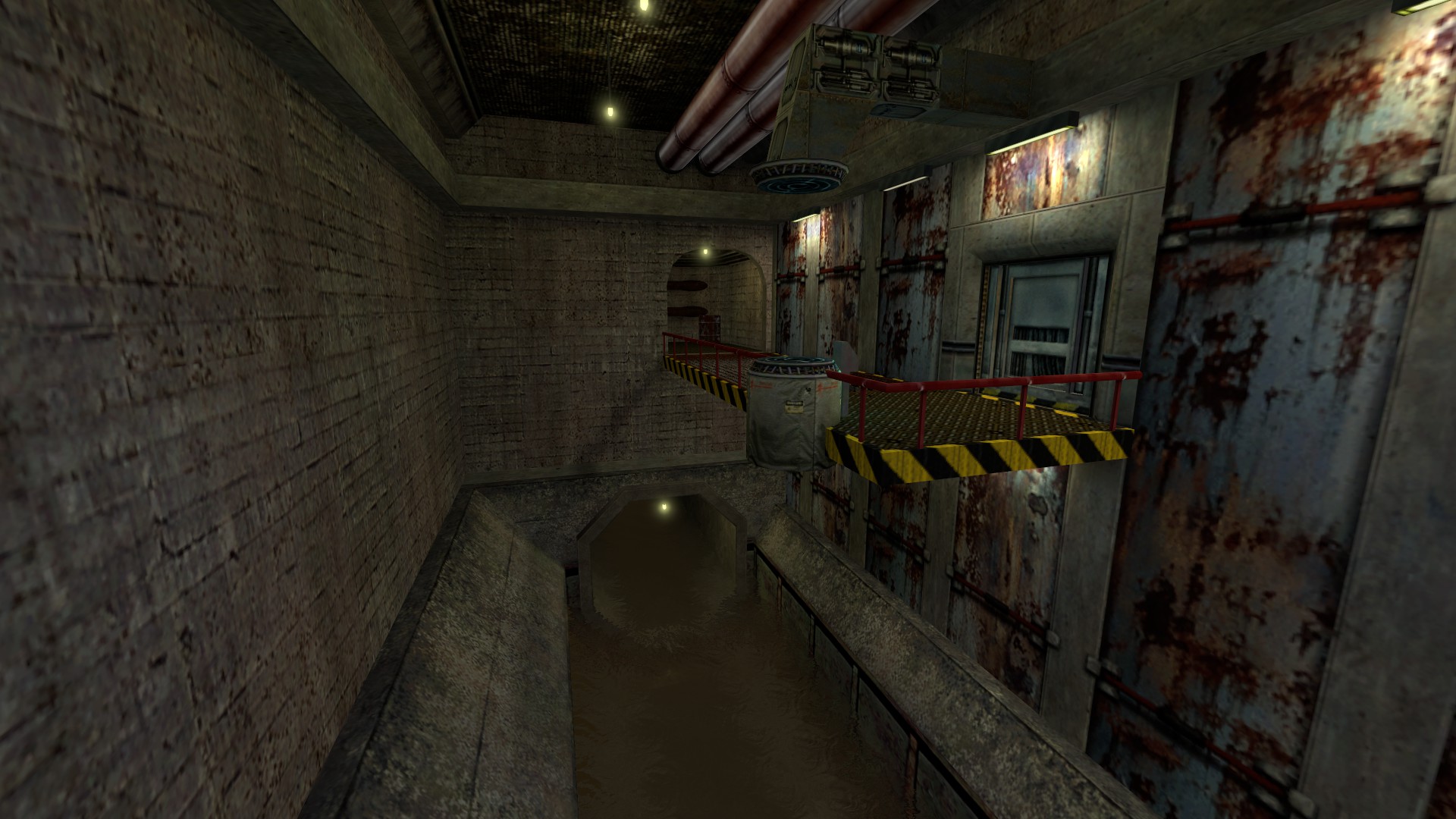 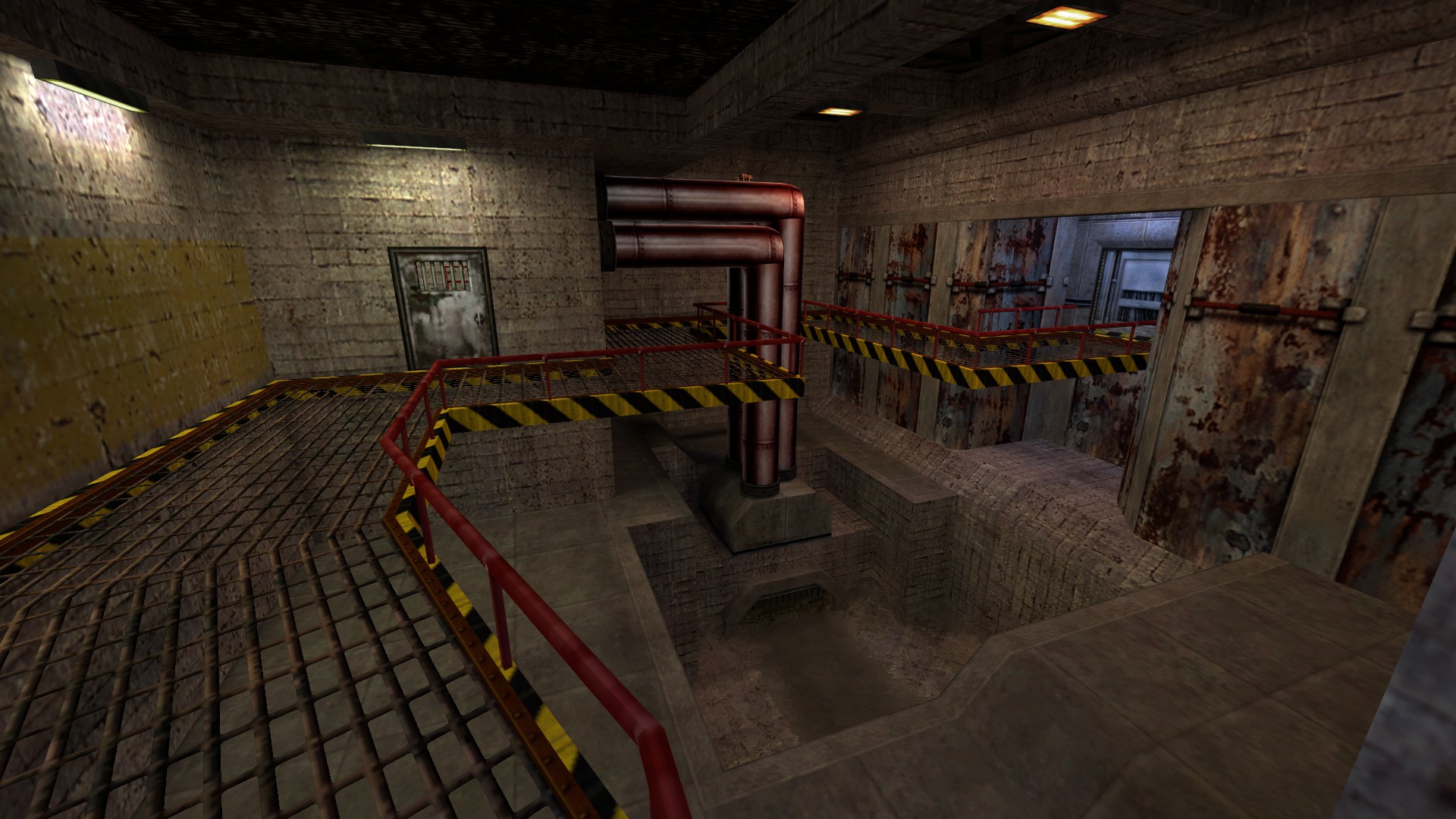 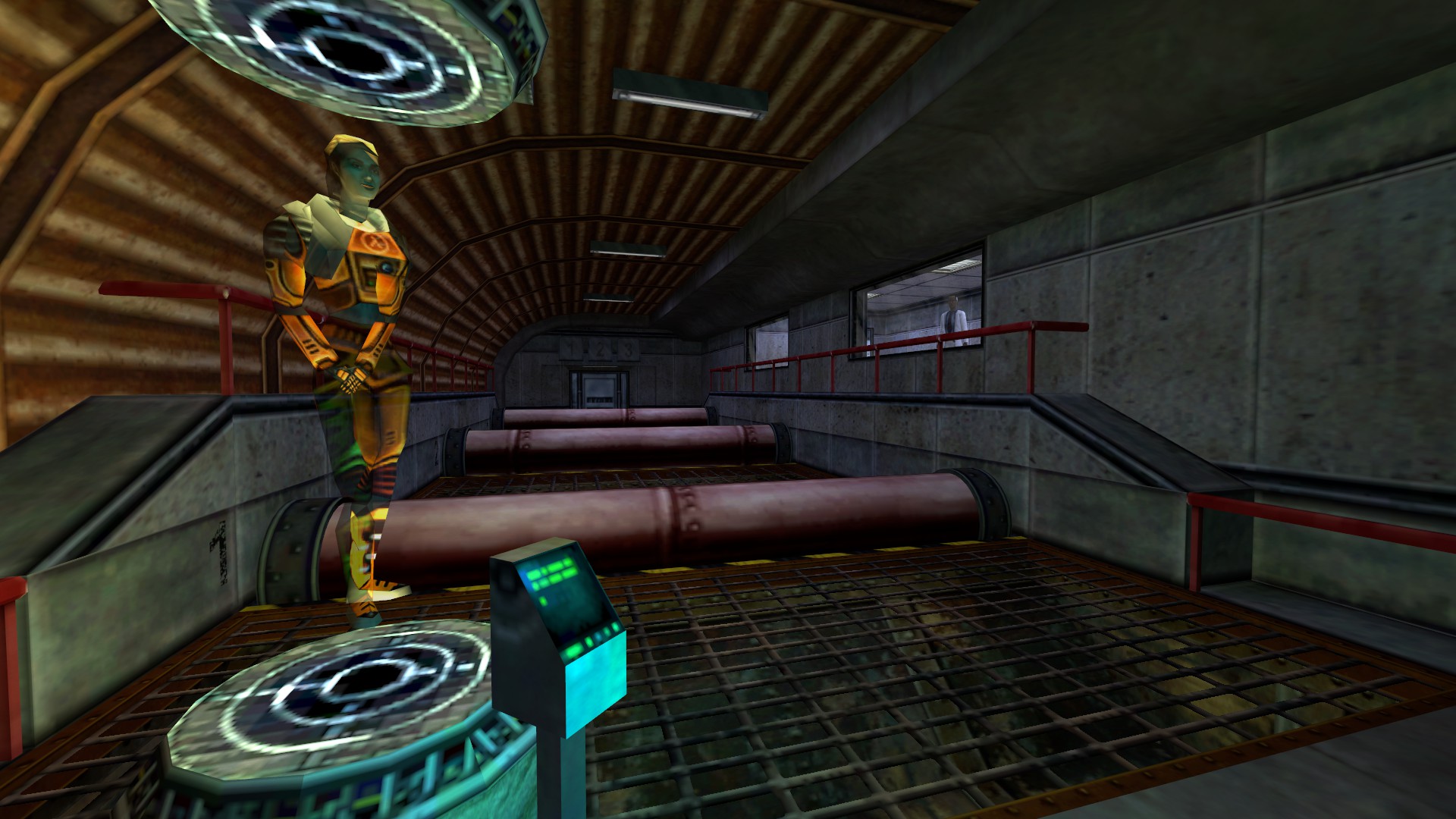 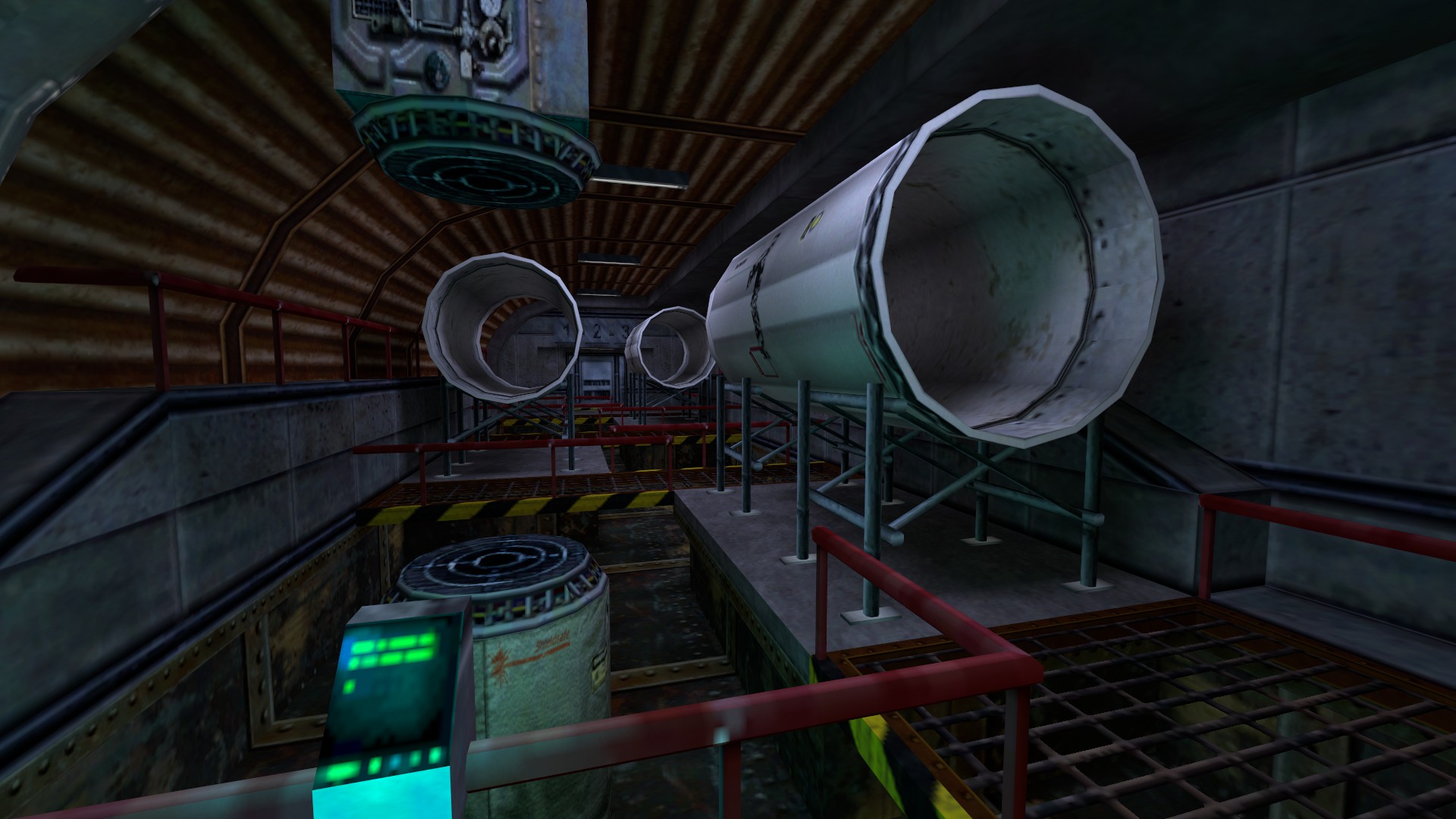 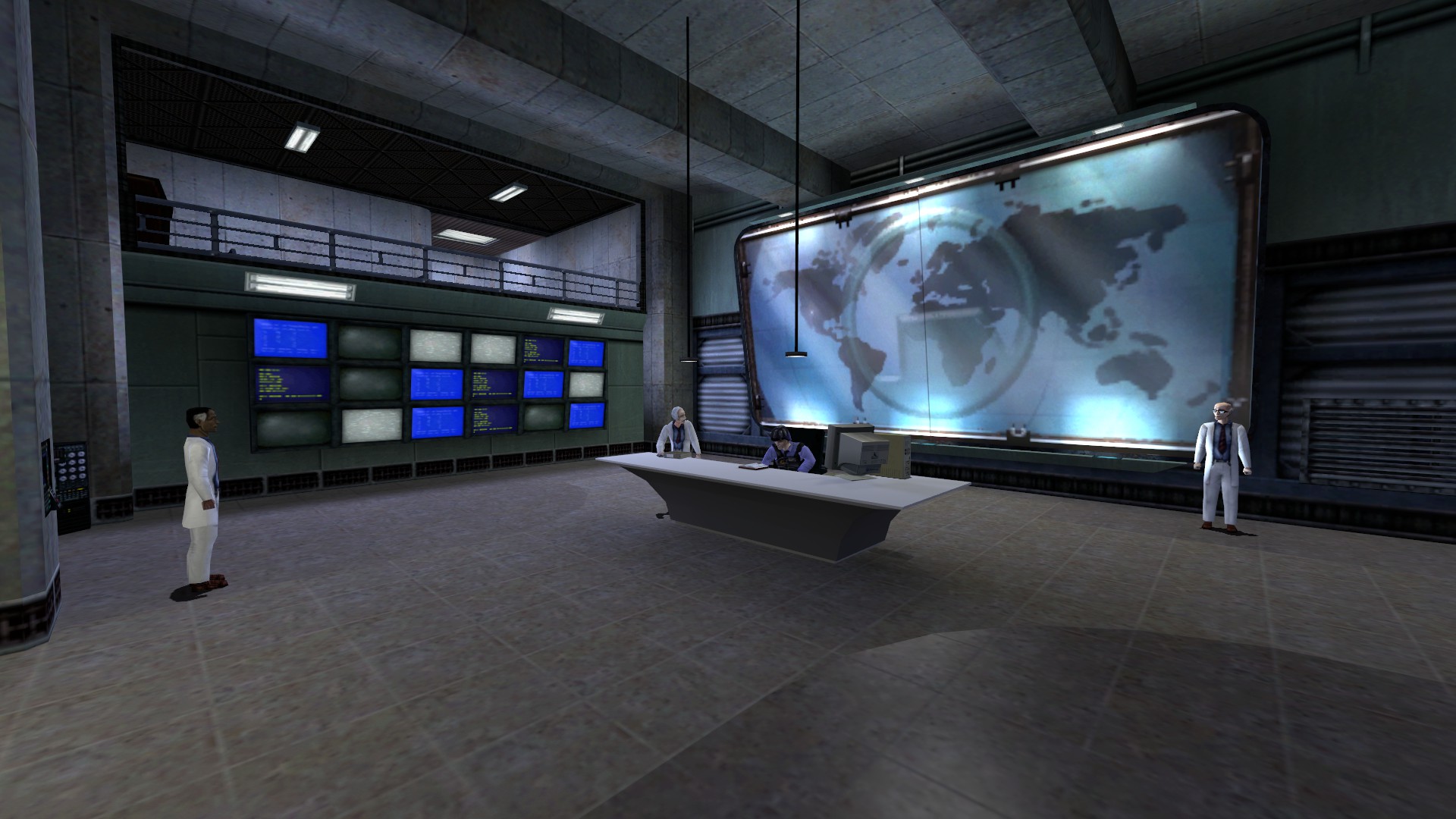 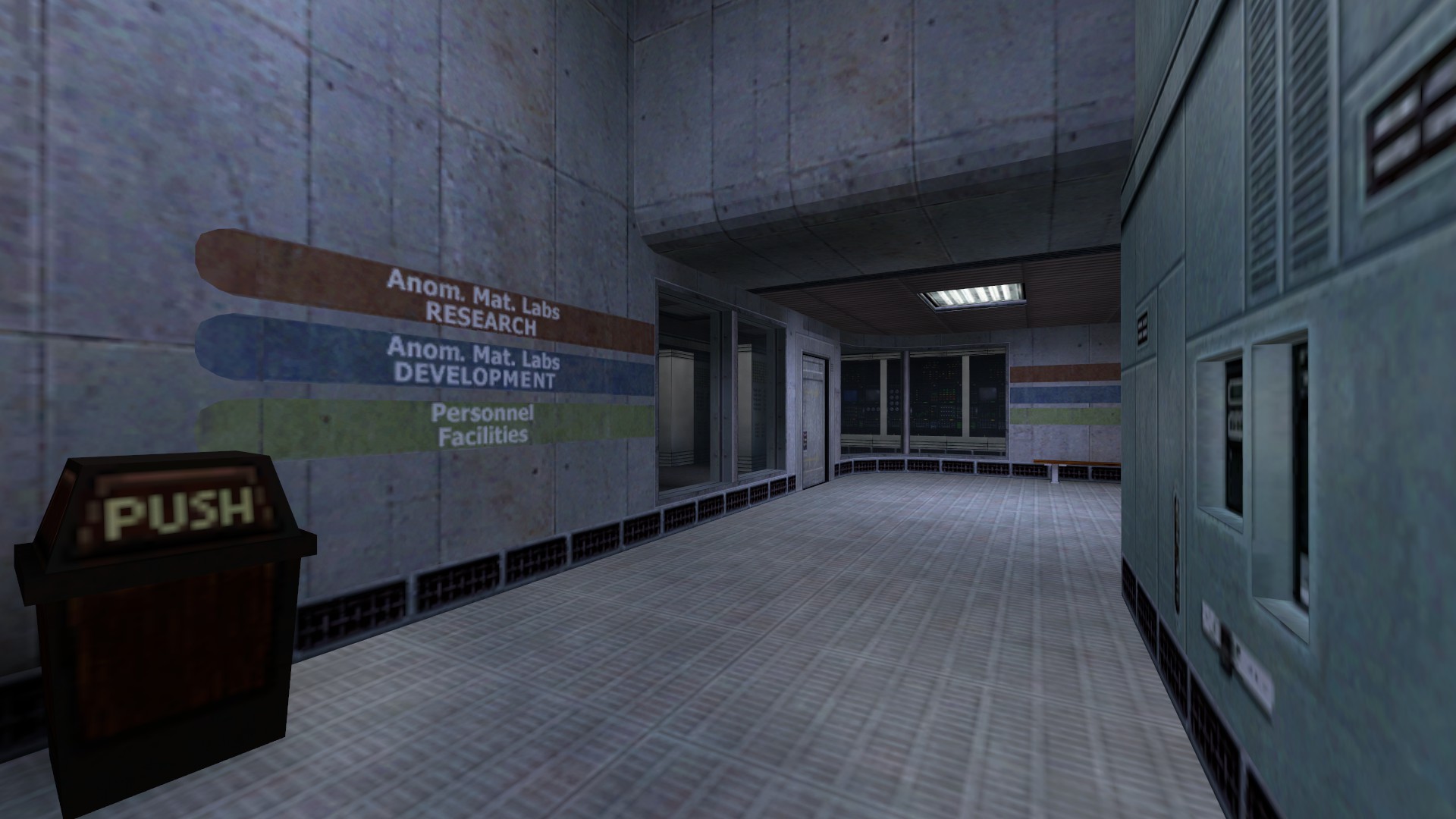 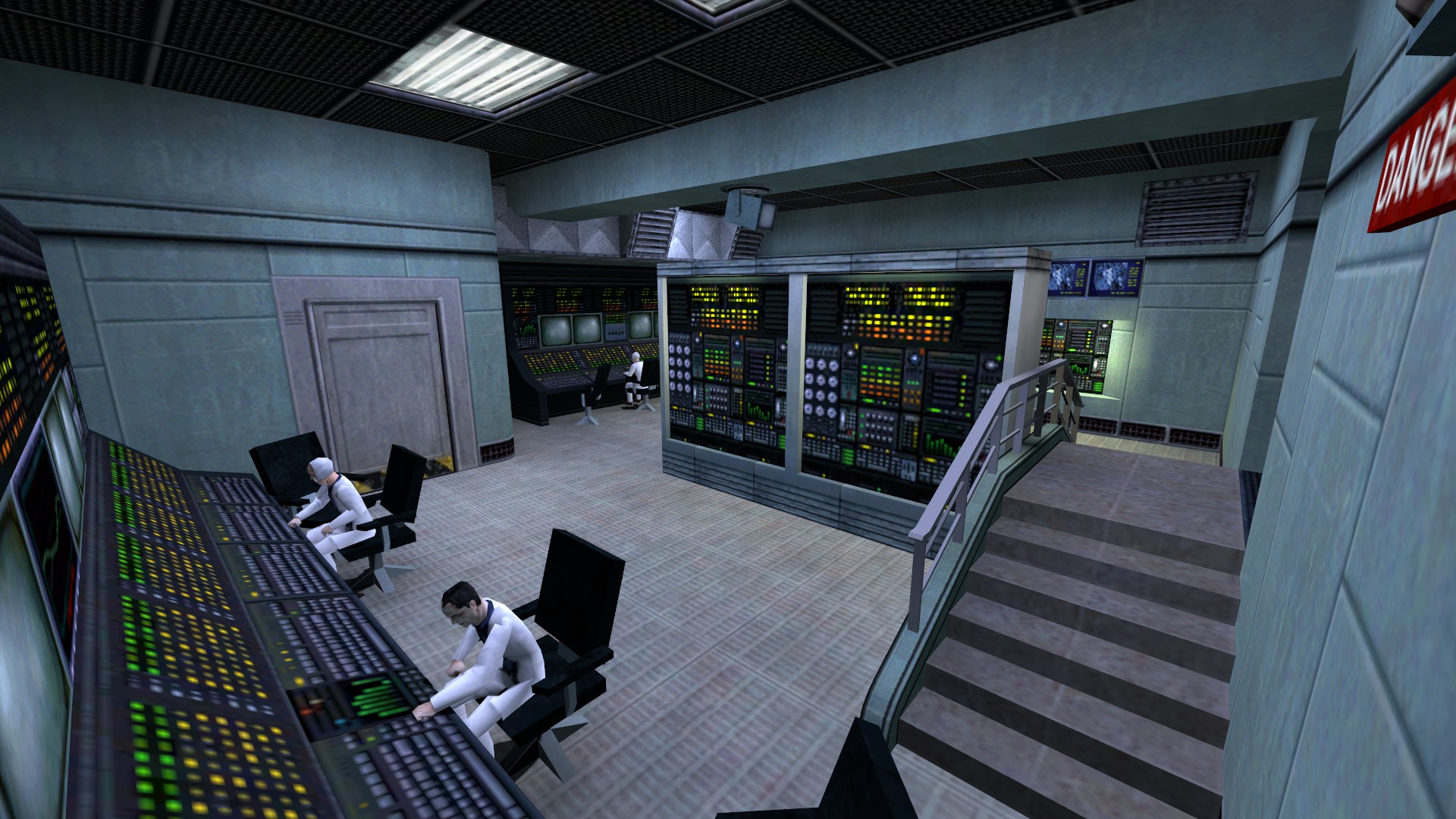 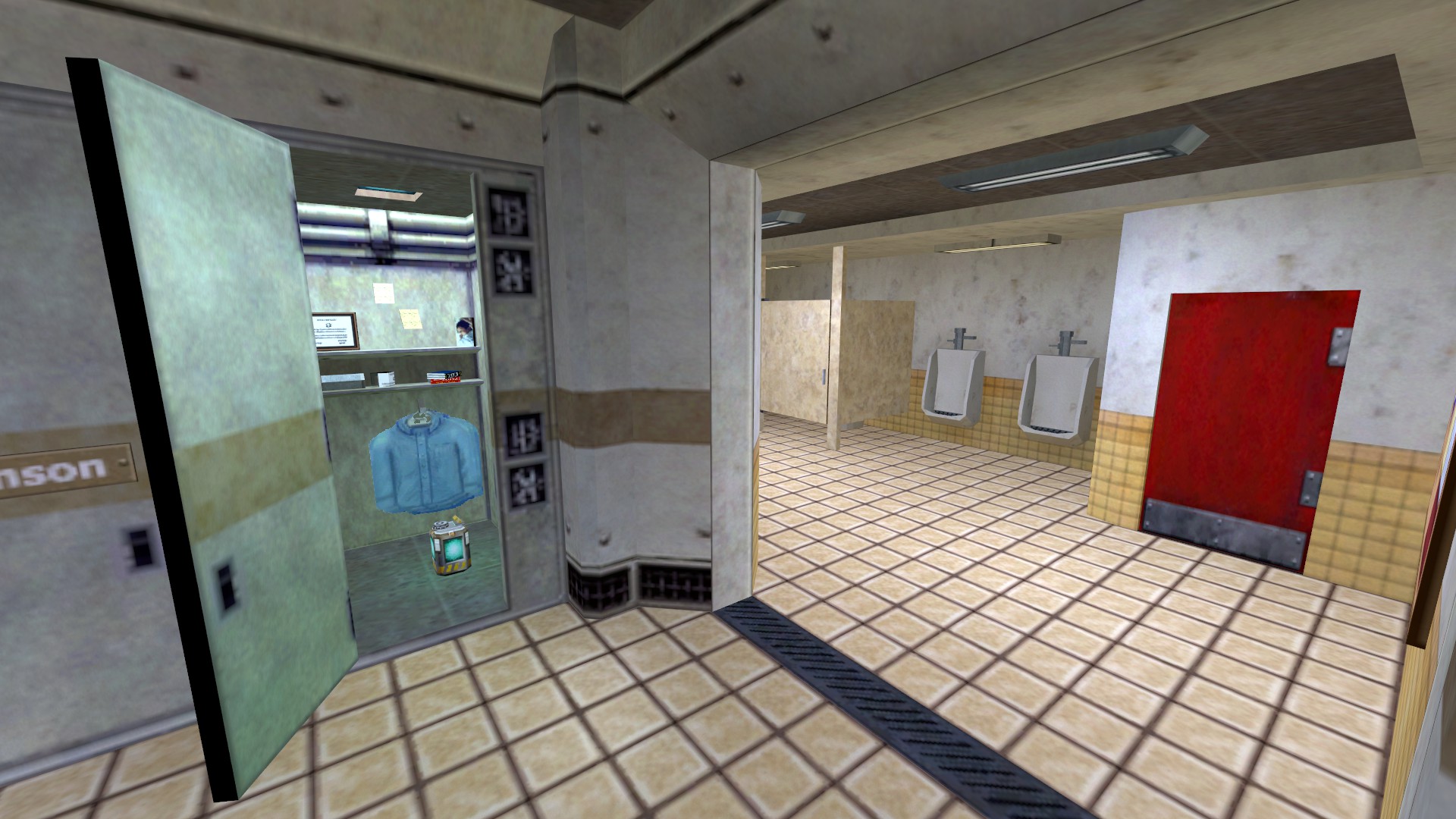 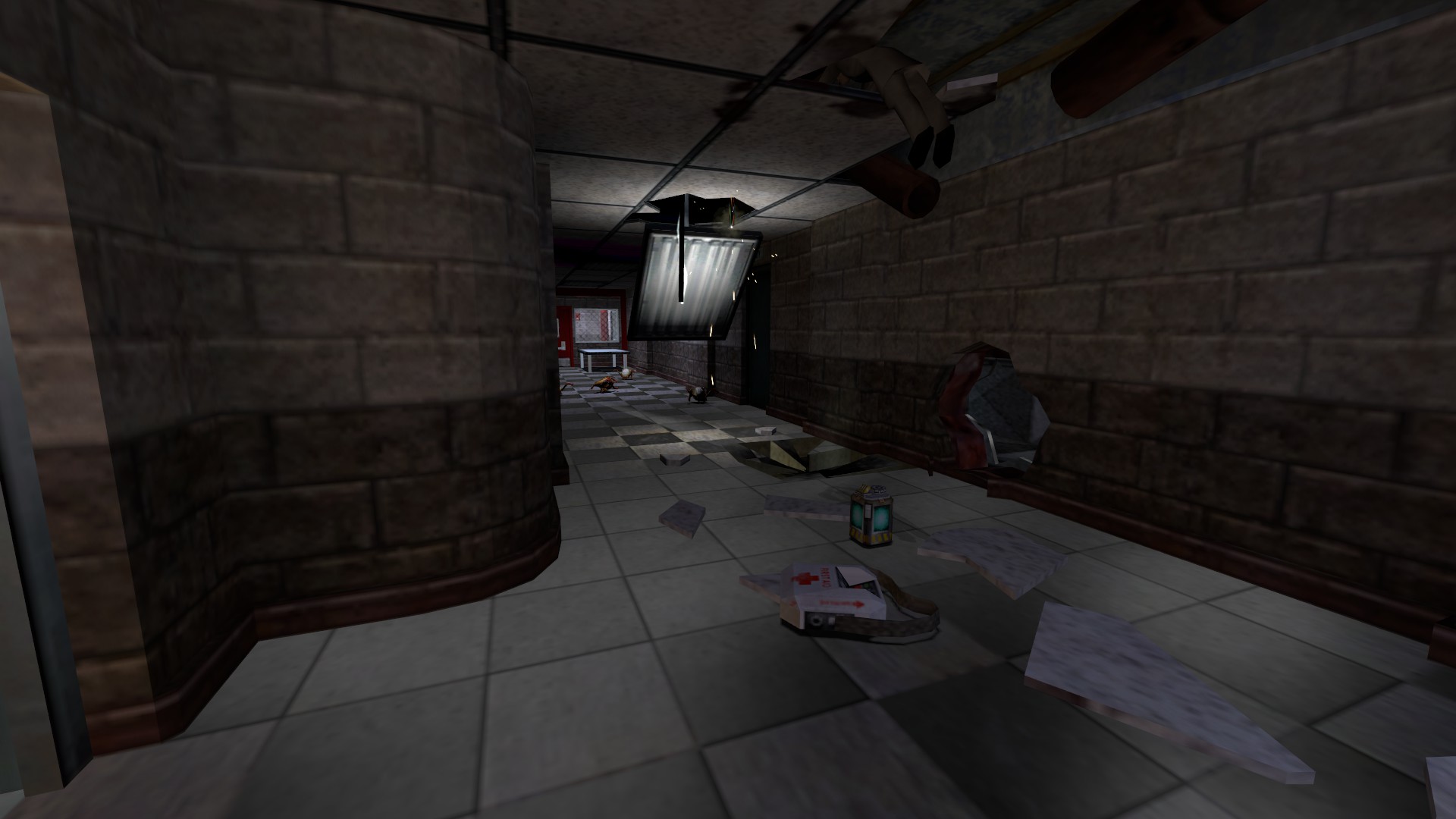 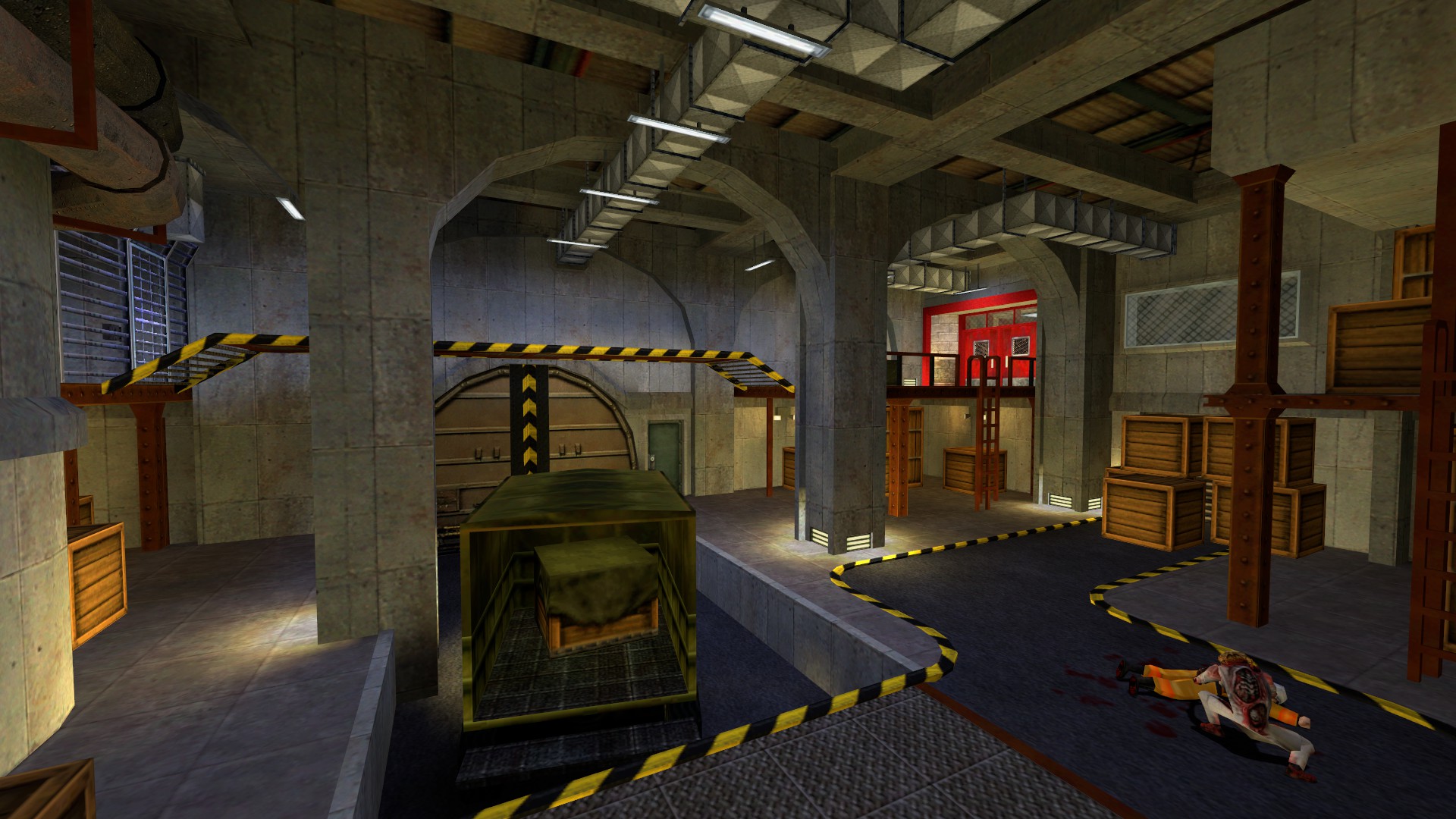 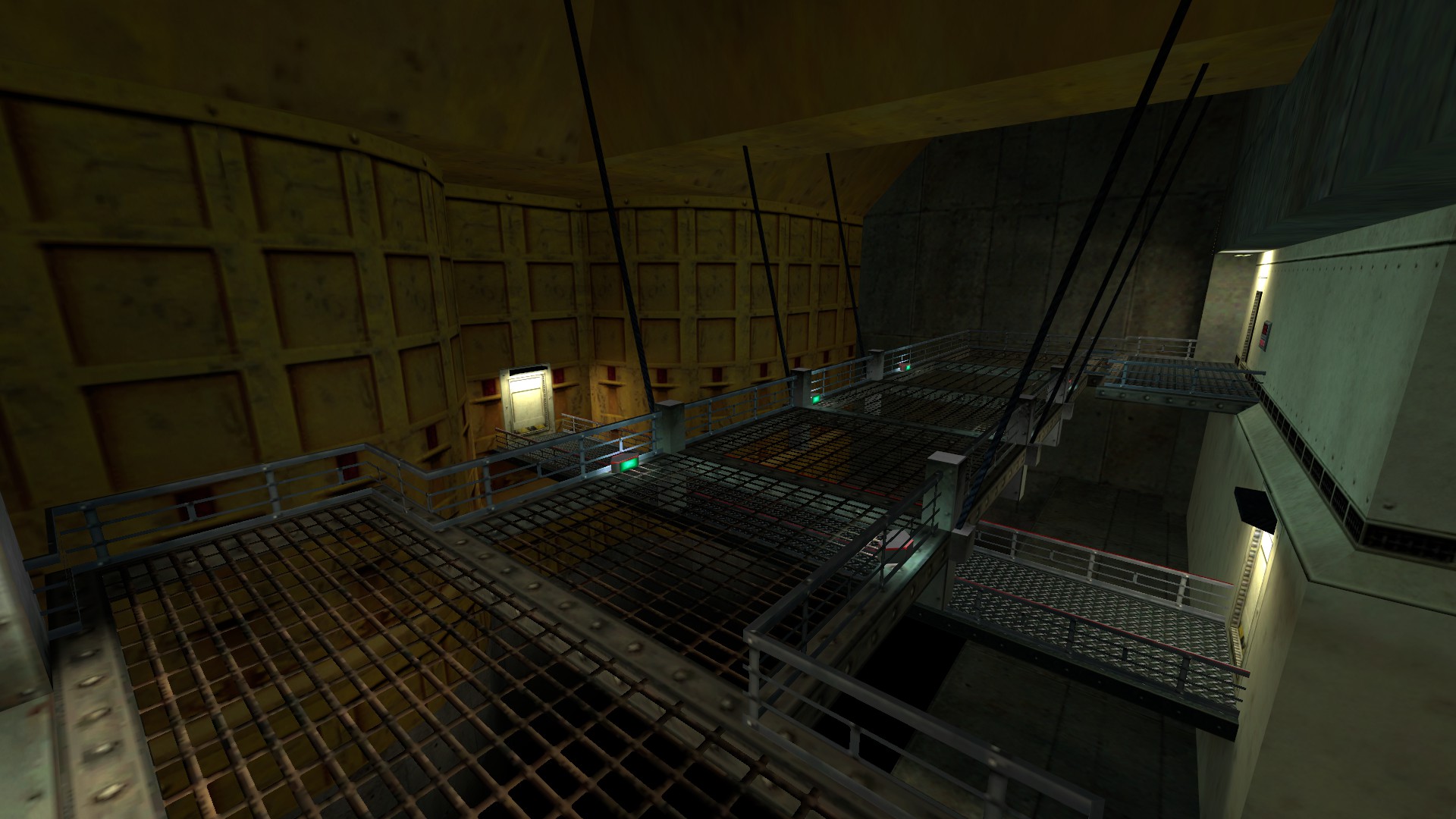 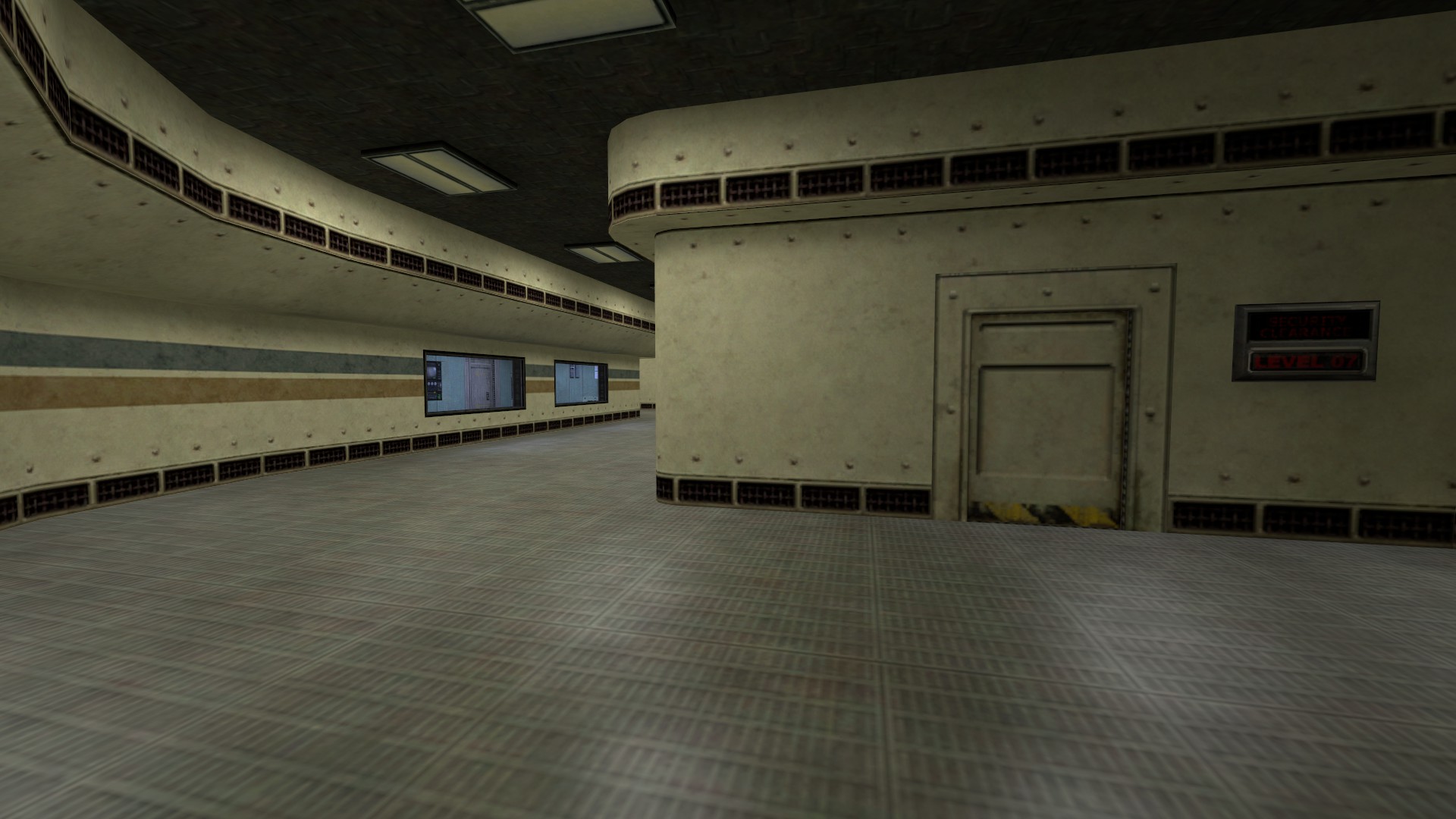 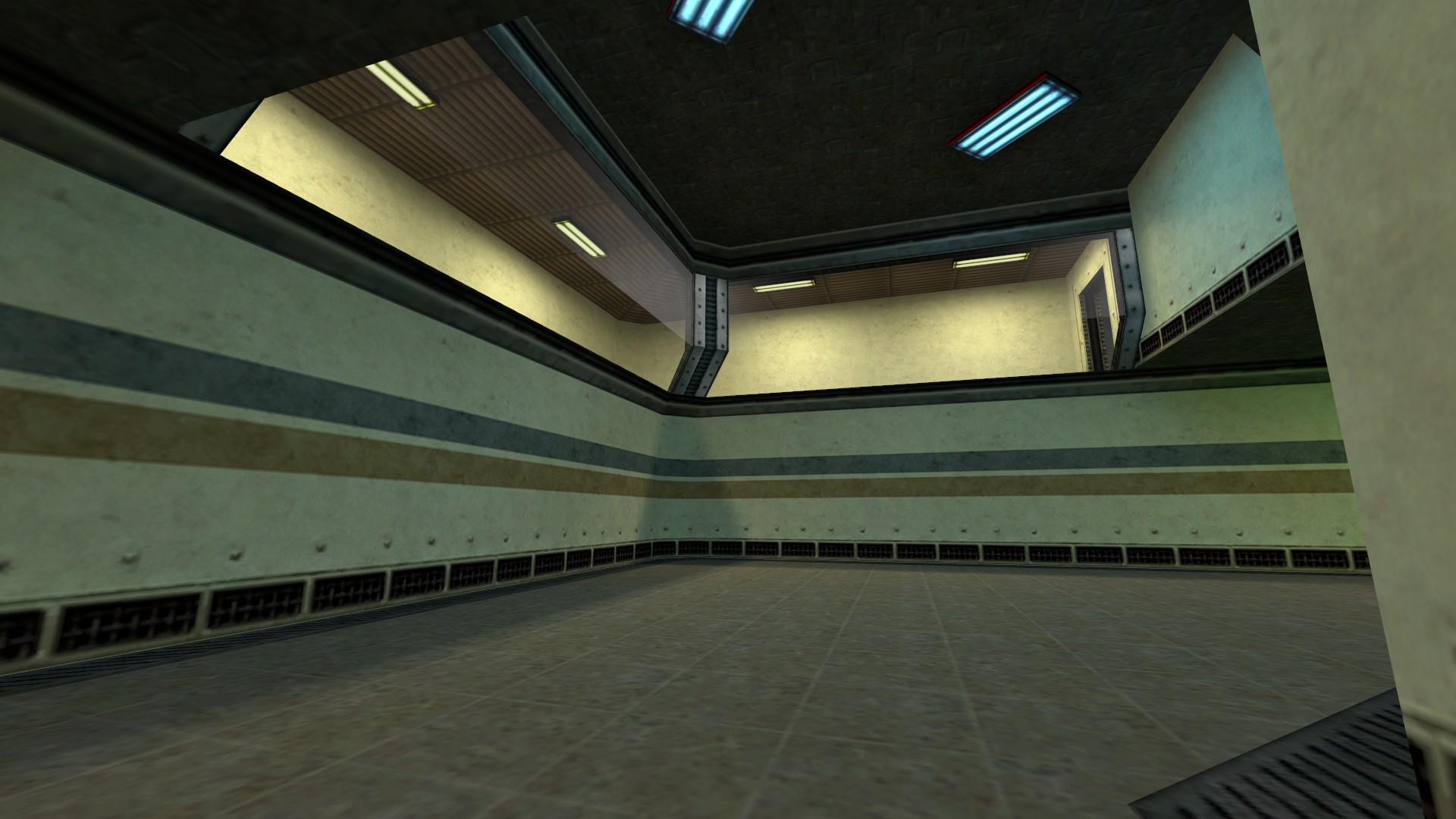 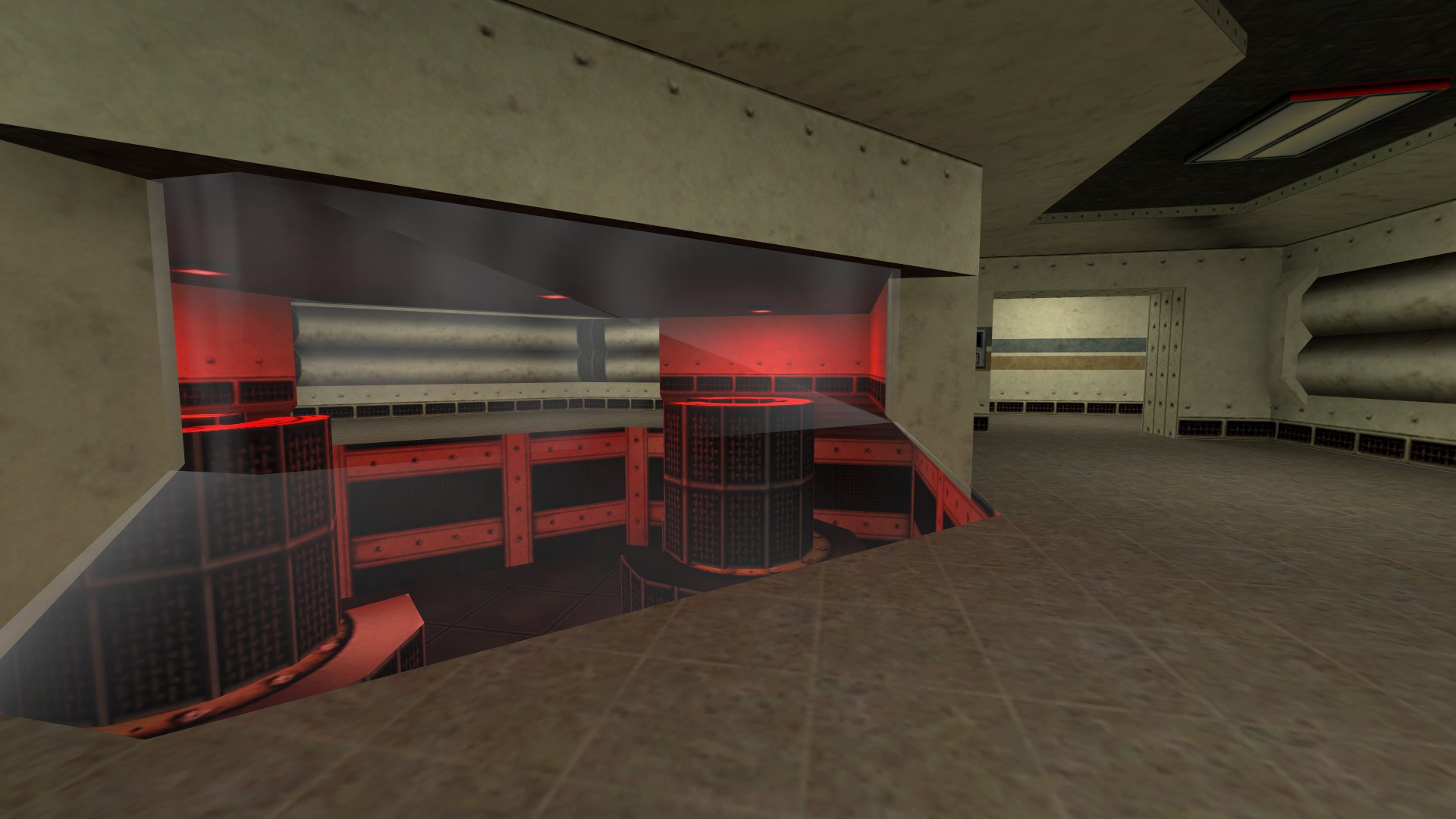 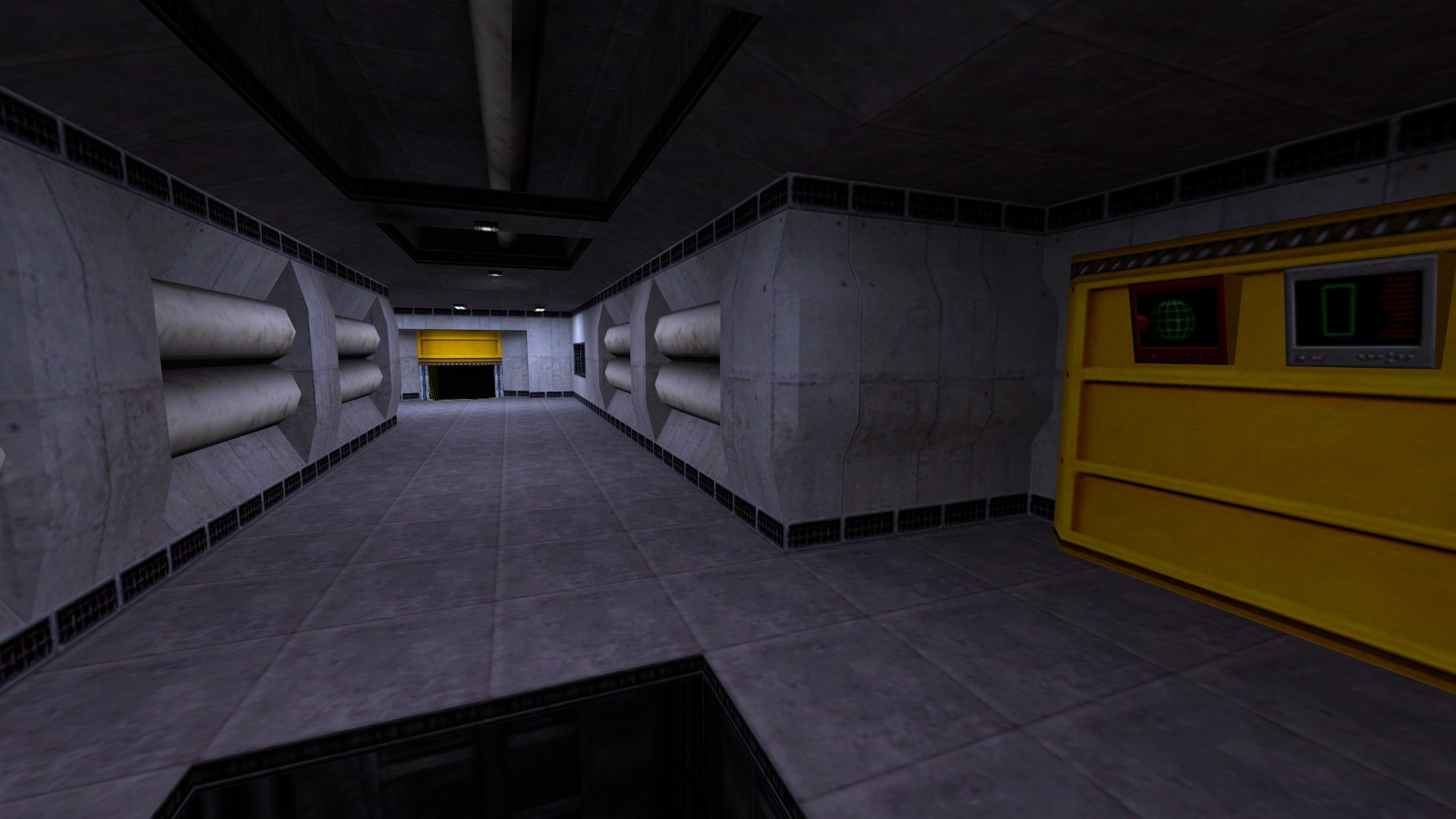 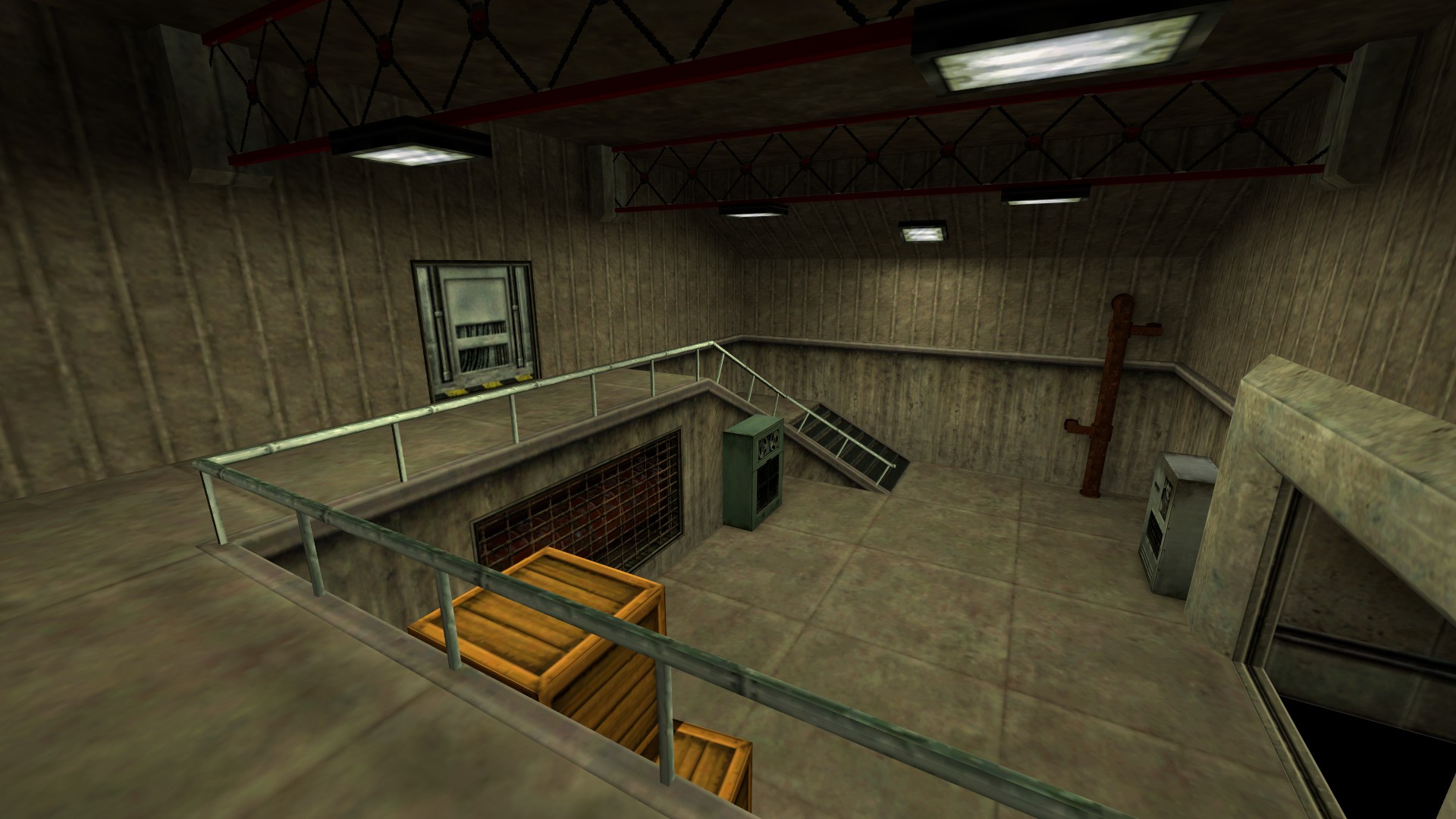 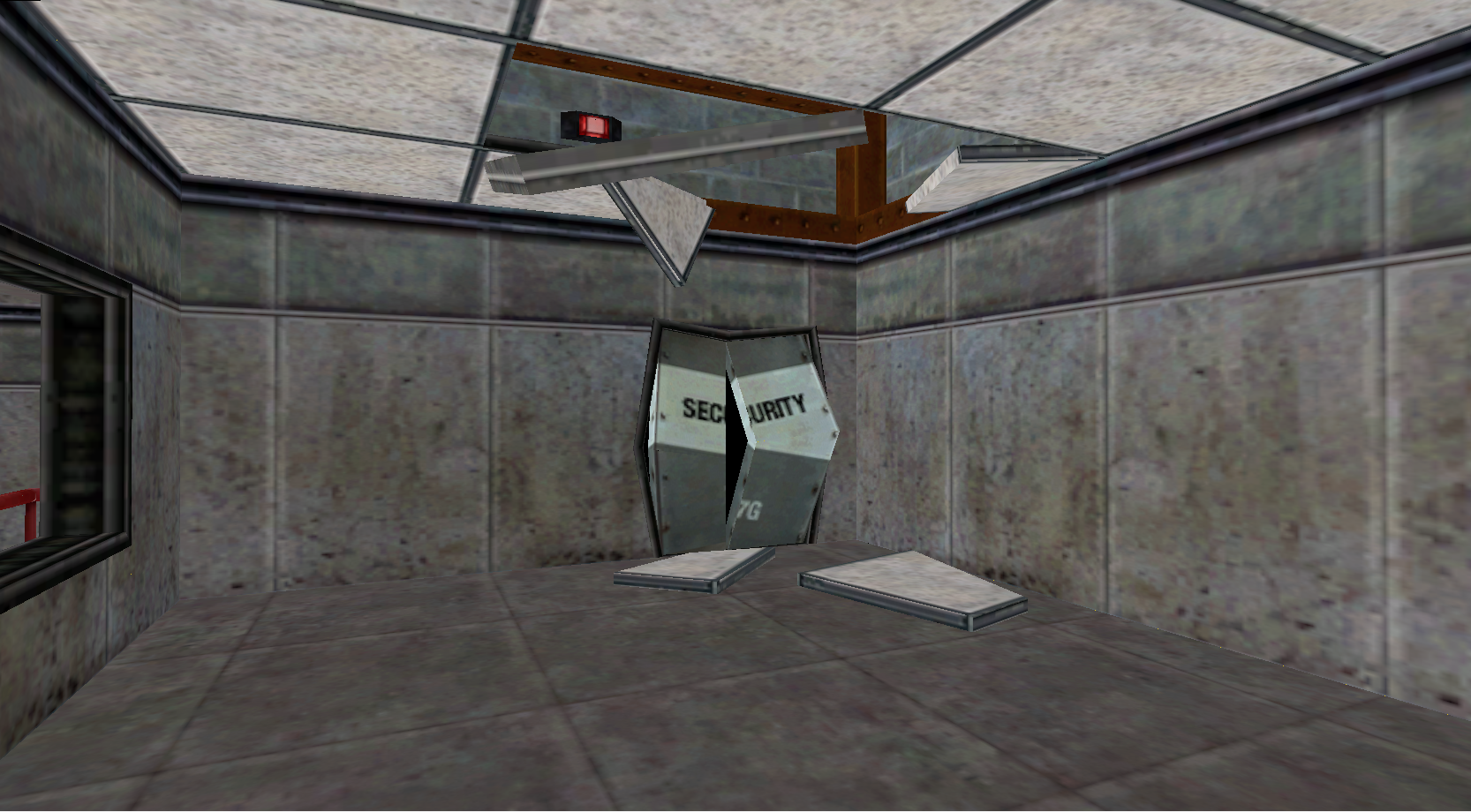 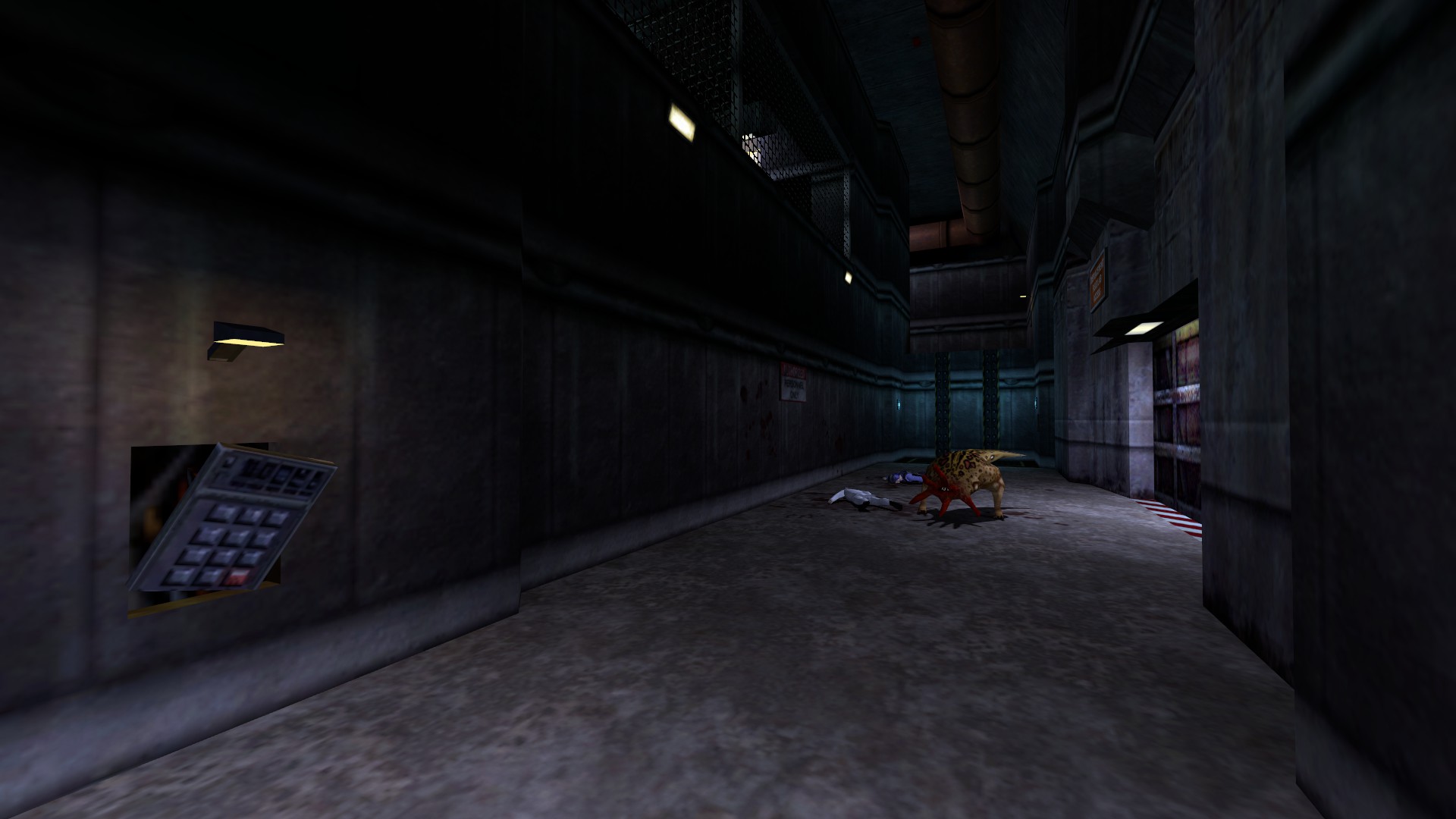 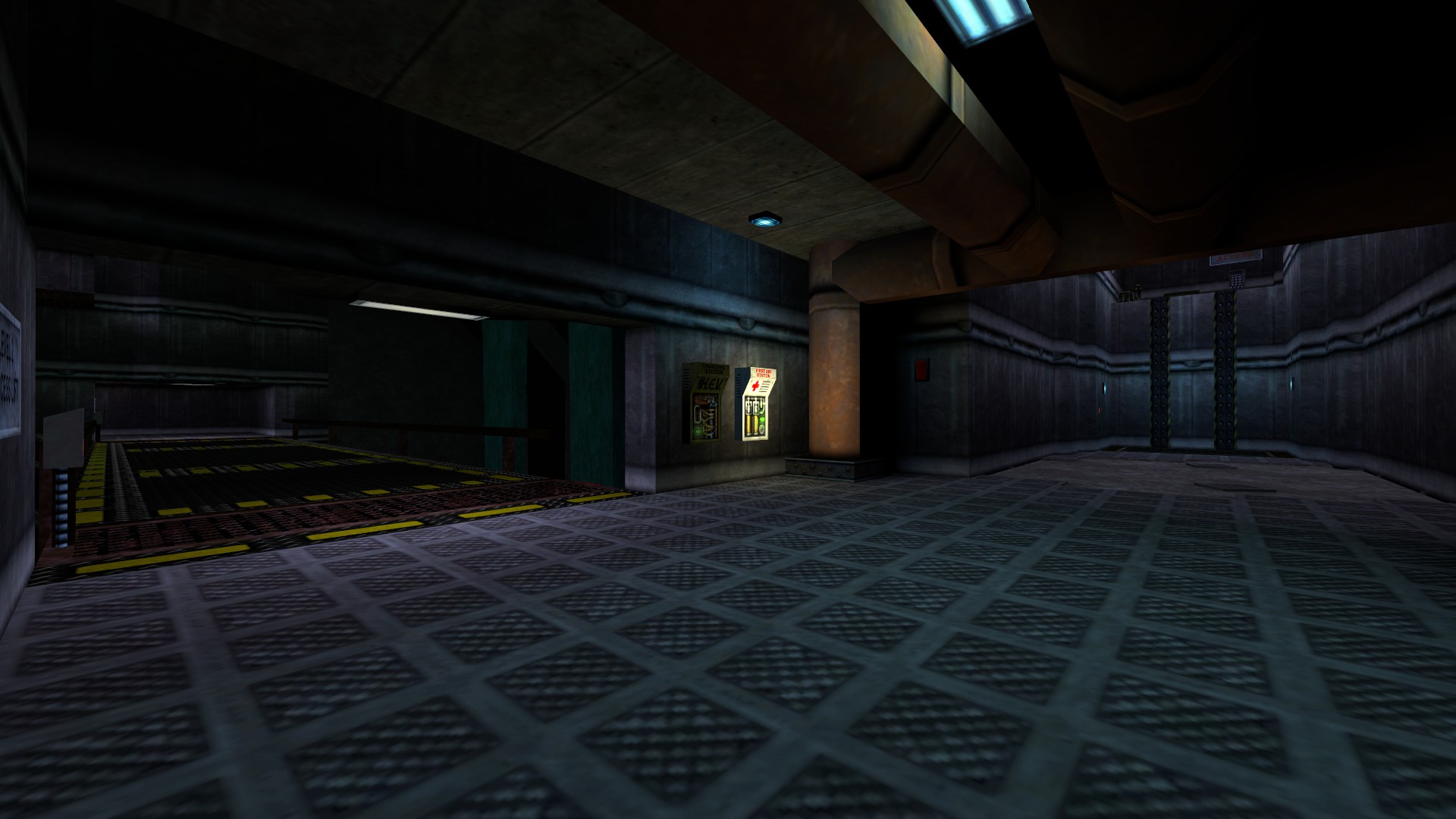 Unfortunately I have nothing to show for this category, but I do have good news regarding the maps in general. I'm recreating the deathmatch maps from the Playstation 2 version as well!

Feel free to suggest any maps that are "Valve-like" in anyway.

I'm gonna have to wrap this all up with a little bit of bad news, upon realizing that I'd be using the Playstation 2 version as a base, that would also require me to restart a lot of areas, these areas include: parts in Anomalous Materials and all of the Decay maps from the PC port mod. I believe in the midst of my upgrades I've grown to potentially lose sight of what I'm working towards. So this should be a good thing to dial it back to just the roots of the Playstation's campaign and work from that.

Progress is slow, but it's good substantial progress. A lot more is being done behind the scenes and I assure you that I'll be hard at work.

Don't worry too much, the quality and complex level of detail will return at a later point in development! I just need to start working on QUANTITY over QUALITY in this stage in development.

Just more content to gawk over. Still very early on in the process...

Not the best news, but there are screenshots to gaze upon!

I'm back to work!

Good job for doing previous stuff, let's get ready to do new stuff!

Half-Life: Source Anthology. Everything you need to know i guess?

How are you porting maps from goldsource to source? Between that, this is one of the best mod for HLS

He's may be using a tool to port goldsrc maps to source like Moddb.com

Or maybe he's just remaking them in source

That's a weird but kind of "I always secretley wished for that!" type of mod, respect to you author.

You should definitely see about getting a channel on SMC for this, incredible stuff man!

Incredible stuff man, I'm looking forward to this one!

You're ******* awesome for doing this dude, wish you tons of luck for your endeavors. I remember loving Half-Life: Source but was disappointed by the amount of problems the port had. This looks amazing and to be able to play the trilogy and more in source is a fantastical idea.

Will this include the PS2 HD Models? Since they are much better than the PC HD Models imo

You mad man, this is brilliant work! It'd be so cool if you added some cut content that could be toggled such as levels and enemies. Either way, this is an excellent collection of Half-Life. God bless you Iron Woodside, keep going strong and remember that without you this wouldn't happen.