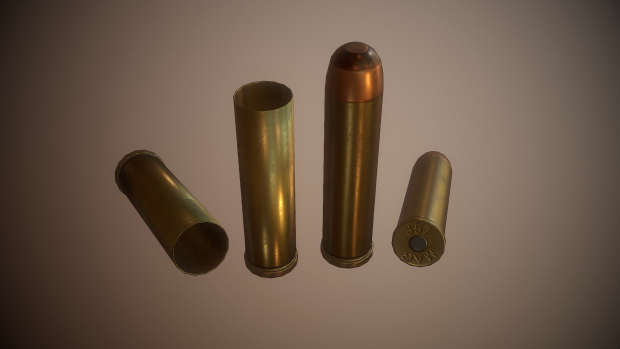 the sound of a brass bullet casing is music to my ears, but the attention to detail put into the casing itself is a special treat for a gun nut like me!

Mini update in the interim between updates again - more ammo casings! We've programmed in a new system for shell drops and shell drop sounds so every calibre of weapon has unique ammo casings and accompanying sounds. The magnum ammo, previously reusing the pistol shells, is one of the first to benefit from this. Going forwards, rifle shells, spent flaregun shells, and more will all be having unique drops from their respective weapons and unique drop sounds.

As an aside, we also added smoke particles to the weapons after firing. We'll see about recording some of this in action for the next update.