What this mod does( V2 version which has not been released yet ):

Add Billboards, Supermarket products from the Era, both real and fictional

Modify Building interiors in order to give them a 1940s look, also exteriors of some buildings

Add weapons From the Era such MG42(My Favorite, I Recommend Stay Upside the Tram and Shot, Causing much trouble Possible to Every force, From police to The American Army)

The mod add music for the era too

planes for the era(Gloster Meteor and Others)

a lot for skins(Replacement for peds) and job possibilities

History: After five years you have left America due to high pressure granted by criminal organizations and Police in 1937, you come Back in 1942, 3 Years before the end of the Second World war. the cities of Las Venturas, San Fierro and Los Santos are in Chaos. Highly corrupt police are bribed not to catch the bosses of criminal families. these organizations are being threatened by the Clemente(Ballas) and the Irish O' Neil gang (Vagos)and the Vinci crime Family, A Paranoid Society fearing a Nazi-Japanese Invasion and Rationing of Goods for the War Effort, And Segregation of Mexican-Americans. Your Job is to eliminate the Bosses of these criminal Organizations and let everything in the right place. bring back Honor to these three cities. And Have Your Criminal Empire

Side missions and jobs are expected to be added, as well as some DYOM MIssions also which would be sent separately;

Don: Salvatore Gravina ( Is the Don, will not be present at the mod as he was in Empire Bay )

Thanks for voting and helping Grand theft auto 1940s on it's quest to become the 2021 Mod of the Year. You are now in with a chance to score some free games from our #modlove collection. Help this mod secure more votes by embedding the widget (or link) we have included below on your favorite sites.

What to expect in the V2 version

Improved police and side missions: the first one will cause police to chase you( mostly until two-three stars ) only if they're seeing you, being possible to hide, the second one features side missions/Jobs that were announced but cut from the first version, these includes trashing vehicles, killing targets and things alike, they're delivered via CJ's phone

Retextured interiors: Many of the interiors if not all of them have been retextured to a more 1940ish flavour, these interiors include some restaurants, supermarkets, Houses, LV police station, all properties CJ can buy, the planning dept in Las Venturas and possibly the casinos 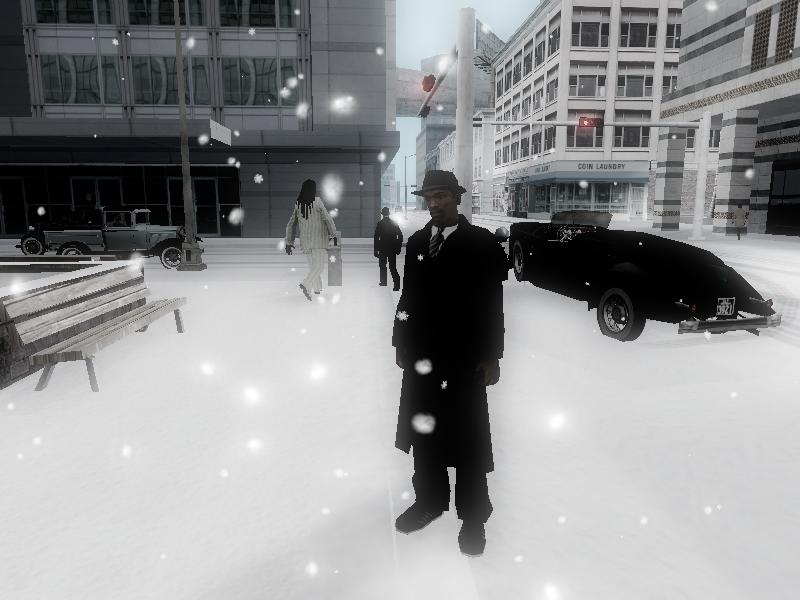 Custom radio with era songs: with the ATP mod, the game/mod will have a custom radio with 1940s songs only, and some radio ads from Mafia II from the 1945 era plus some custom audio ads created by me

Custom billboards: All billboards have been replaced/retextured with more 1940ish flavor ads in them 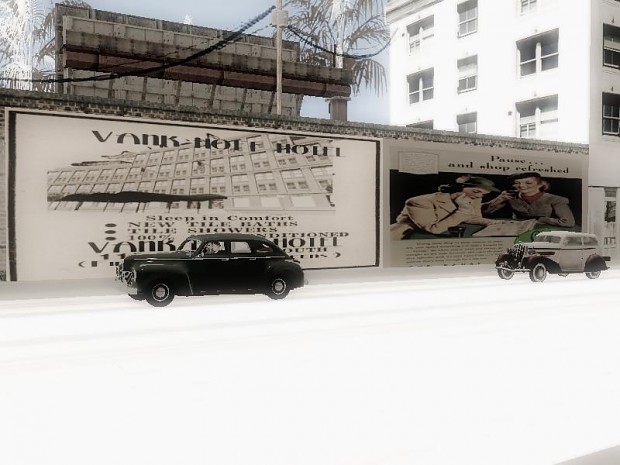 ENB Series: A Beautiful ENB Series that will be added to it giving it a nicer graphic look, with reflections in vehicles, for these with weaker PCs however I will also make avaliable the older ENB used on a early part of the V2 development, there will also be snowfall

Custom characters in cutscenes: Characters like Henry Tomasino, Frank Vinci, Al Capone, Joe Barbaro, Luca Gurino, Tommy Angelo will be some of many which will replace cutscenes characters 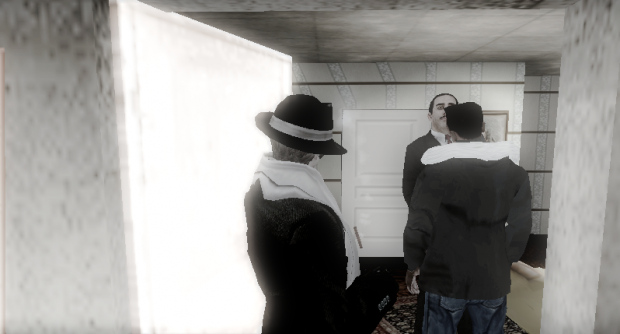 Useable taxis: You can take taxis by going to their back door and pressing the button to enter the car( F for example )

Eating at fridges: you can eat at fridges in the house

Under analysis, likely to be implemented but if not, it will be considered on the V3:

Possibility to buy cars: the possibility of going to a car dealership and purchasing a car

More food buying areas and custom food in some: with typical 1940s food

Under analysis, unlikely to be implemented in V2, however in V3:

Added not replaced cars: Some extra cars/tanks added via a limit adjuster, not likely to be used on V2 due to compatibility issues

Why is it taking so much time?

You might be wondering why haven't the mod been released yet, nor in the planned release dates. this Article will Explain everything

Under a suggestion, I created a Grand theft Auto 1940s development server on Discord

Officially announcing that the Second Version of Grand theft auto 1940s will be released soon! Various Improvements, if we compare to the 1st Version.

This is the First Version Of GTA 1940s,The Second version will Feature Some things

You Can use on your own gta.if you like classic cars its an good option. Converted from:mafia

Fair warning for Everyone:

The version avaliable for download currently is the V1, all screenshots posted since 2018 are of the V2 version which has not been released yet, it will be released possibly in the end of this year

Works with the Steam Version?

Well, I don't use the steam version, so, idk

hello people i open discord server only for public for discuss about all gta mod developer make it, you can talk with other mod user and give your idea in this discord server
Discord.gg

Try turning off DEP and running the EXE in compatibility mode.

The current pictures are of the V2 version that might be released soon, so the original V1 download is an older version.

Also, what are your PC specs?

Looking forward to this ,keep up the good work !

I sure will, working on some Artworks for it currently