Ground Zero is an in-depth, post-apocalyptic RPG inspired strongly by the Fallout series. Leveraging Doom 3's scripting engine and real-time graphic capabilities, we are creating a highly generative and dynamic game framework by placing the RPG within the context of a simple high-level strategy game. Factions, cities, and organizations, are networked with each other and the player such that the world evolves over time with or without the player's intervention. By creatively applying a range of skills and abilities, the player carves a niche for him or herself that may help shape the world after the bomb!

We've been very neglectful of our moddb profile throughout 2007, but we'd like everyone to know that this project is still very much alive. Many of our team members have moved on to positions in the commercial world, but a few of us are maintaining progress on Ground Zero with the little free time we have. Please know how much we appreciate the supportive comments from all of you; we would not keep going without them! 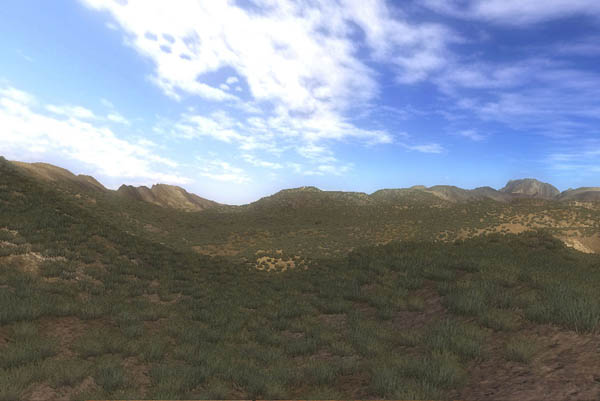 This spring we will be releasing a new public demo that will show the very rough underpinnings of inter-faction warfare and how the player character will be able to influence it. 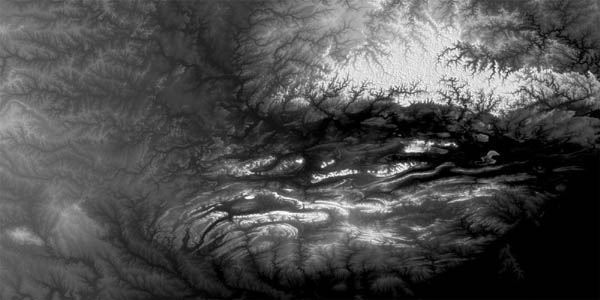 The player will traverse cross-country (via 2D map) between a number of urban centers, divided between three rival factions. He is not alone however, as each city generates raiding parties that seek out and destroy rival armies and lay siege to enemy cities. Established cities grow in population over time, becoming more powerful, and NPCs in every party will be persistent and gain experience in a simple form. For now, factions will always remain neutral toward the player character, but the user can choose to have his/her character intervene in ongoing battles on behalf of either side. The game will "end" when one faction dominates the wasteland. 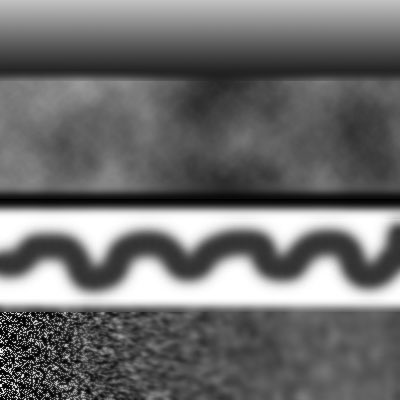 (stress-test map applied as a heightmap, then as a water map) 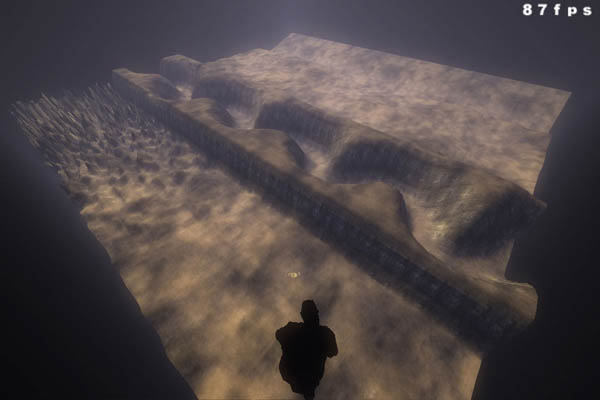 Because a large portion of the game world will consist of natural environments, and is far too large for a small group to meticulously hand craft, we have spent a significant amount of time developing methods for procedural generation of terrain and vegetation. 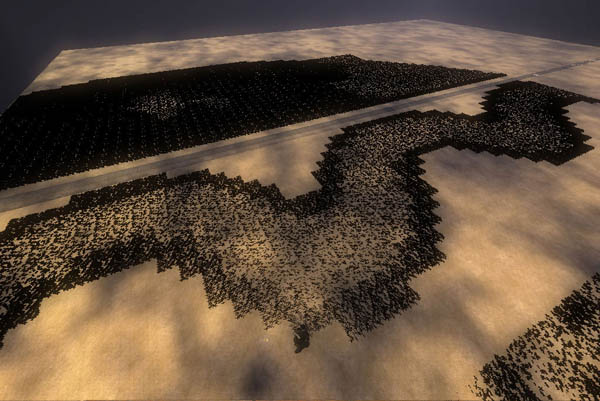 The world is divided into a grid of "sectors". For each sector, the terrain is generated from heightmaps taken from real world satellite imagery, which is then populated with a mix of interactive and non-interactive vegetation based on "water maps", elevation, and slope angle. Finally, a "population map" can be referenced to determine where structures and roads should appear. The random seed for any generated content is saved for that character's campaign, so each sector will appear to be persistent. This process is as random or controlled as we want... eventually, as we gain the content bandwidth, we can specifiy where unique buildings and landmarks will appear to break up the repetitive appearance of procedural environments. 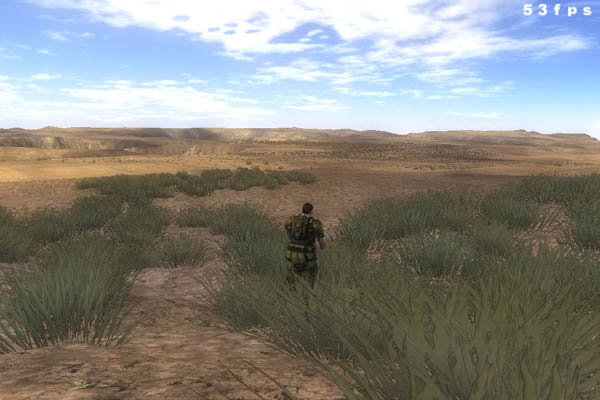 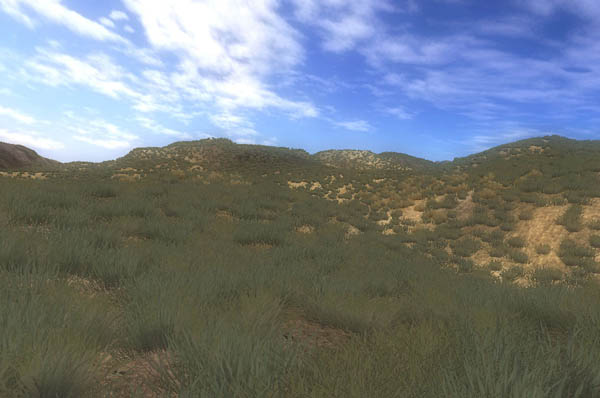 More details on the terrain + foliage can be found here: Doom3world.org

Youtube video. Our final two releases of the year have been rolled into a single package: (Mirror): This release demonstrates the ability to randomly...

The second public prototype of Ground Zero has been released! Prototype 2?s main showcase is a demonstration of our early constructor toolset. Primary...

Ground Zero is a post-apocalyptic role playing game being developed as a modification for Doom 3. We have released a very early prototype to demonstrate...

The Ground Zero team attempt to take the Doom 3 engine into new territory with this post nuclear-apocalypse RPG total conversion inspired by the Fallout...

Drag the contents of this archive into your Doom 3 folder. This release is a technology demonstration showcasing the ability to procedurally generate...

Drag the contents if this zip into your doom folder and double click the GroundZero shortcut to play (or select it from the mods menu in Doom 3). There...

This is a very early build which previews the form of turn-based combat we're developing for Ground Zero. We are aware there are numerous bugs and...

looks gorgeous :-)
Do you also make use of the released sourcecode?

Who knows, maybe they'll show up with an update. They didn't update for a 13 month gap last time.

I am VERY interested in seeing the work they did to make their procedural generation.

It would kick all *** if this mod was going somewhere but they've been working on this for what... 3 years and I haven't seen an update in a year. Just a terrible shame.... I'd love to see someone make an RPG out of a game like this!

Just downloading the prototype 3 into ur site to see this work.

I hope they don't get in the habit of doing only yearly updates.

why did this die. or is it still alive please dont stop we all want to see this done. it would be such a great mod.

Hi jlamb, this is bad marine *** just popping by to say hello and keep up the good work

(I posted this in the news section by mistake too lol)