2000 years prior to current times, Goshen was subjected to a cataclysmic event known to history as 'The Breaking'. This event transformed it into a world filled with danger, where its people and creatures struggle against and with one another in Days of Strife.

Among the Goshenites are the Gawei; expansionist peoples settled on their namesake island in the Dawn Sea to the east, some quarter-century ago they invaded and colonized the Ran-Nu Peninsula of the South Continent, Pan, pushing the native Ran-nu into the Mountains.
The Ran-nu have since united under Natelmel and now seek to regain their lost lands.

While on the North Continent, Rogas, The Abimelech High Chief has died, and his Half Brother, Rhun, took this opportunity to seize the Great War Hall and title himself High Chief. But the former High Chief's nephew, Soule, refuses to bend to the Usurper.

This form is individual, a slave being servant to a master for a set time then eventually released.

This is the first form of population slavery, where groups of people are enslaved for hard labor, though children born in Thralldom are freeborn.

This is the pinnacle form of population slavery, with it children born to slaves are themselves slaves.

Thrall and Chattel forms enable the Slave Raid cb so they can fill slave holds in their capital as well as 'honorably' gain court slaves, though less scrupulous individuals can force their prisoners into slavery. This is the only way for Thrall slaveholds to fill.

With slavery comes anti-slavery, realms averse to slavery can use the Anti Slavery cb to lower a Slave realm's laws every 20 years.

Additionally there are several new Flavor items, primarily among them is the Bed Slave decision, which should be self-explanatory.

There were also numerous cleanups and bug fixes. 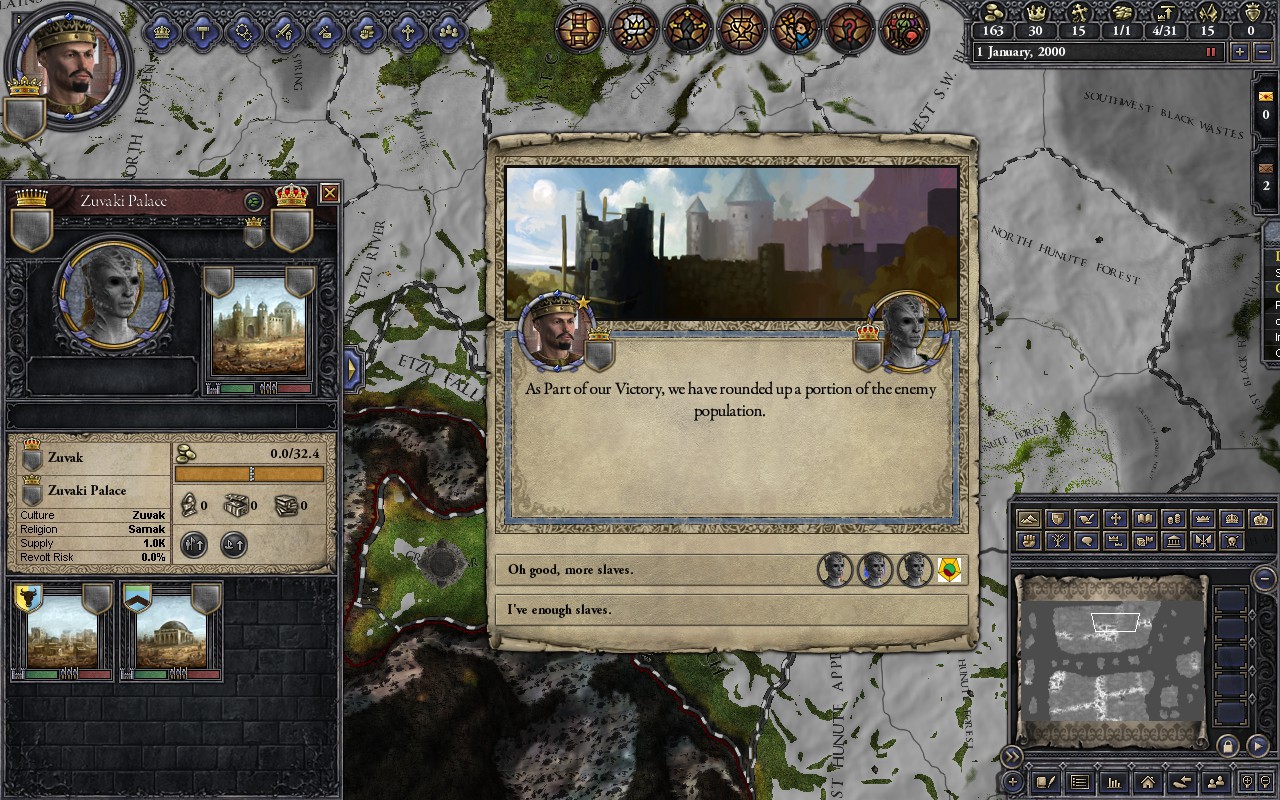 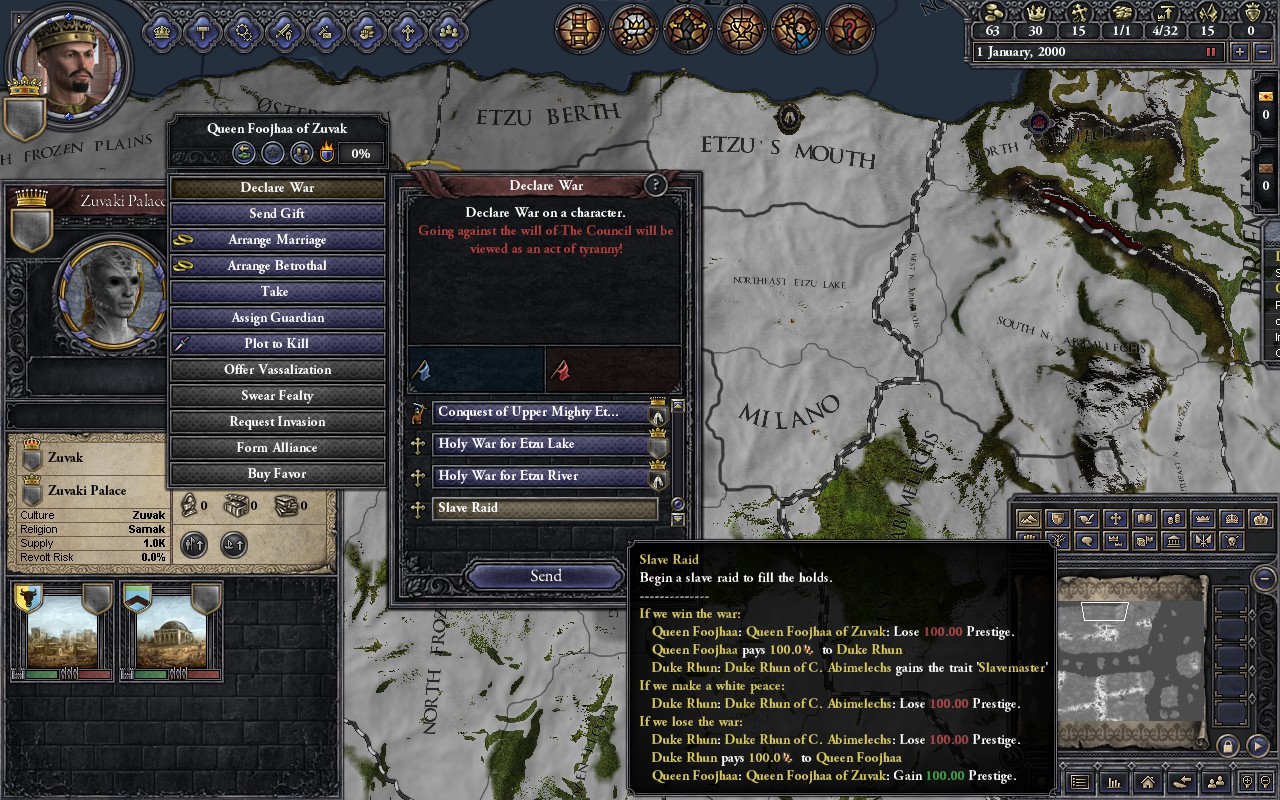 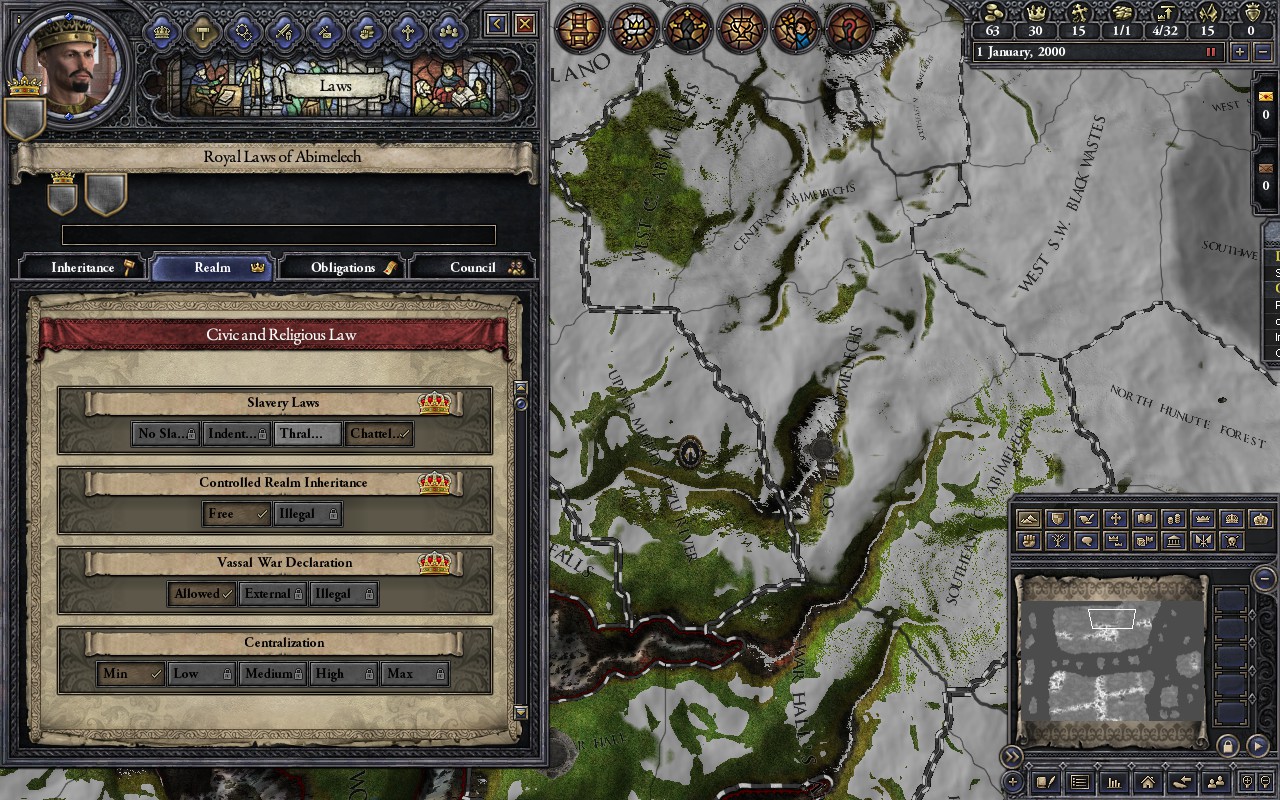 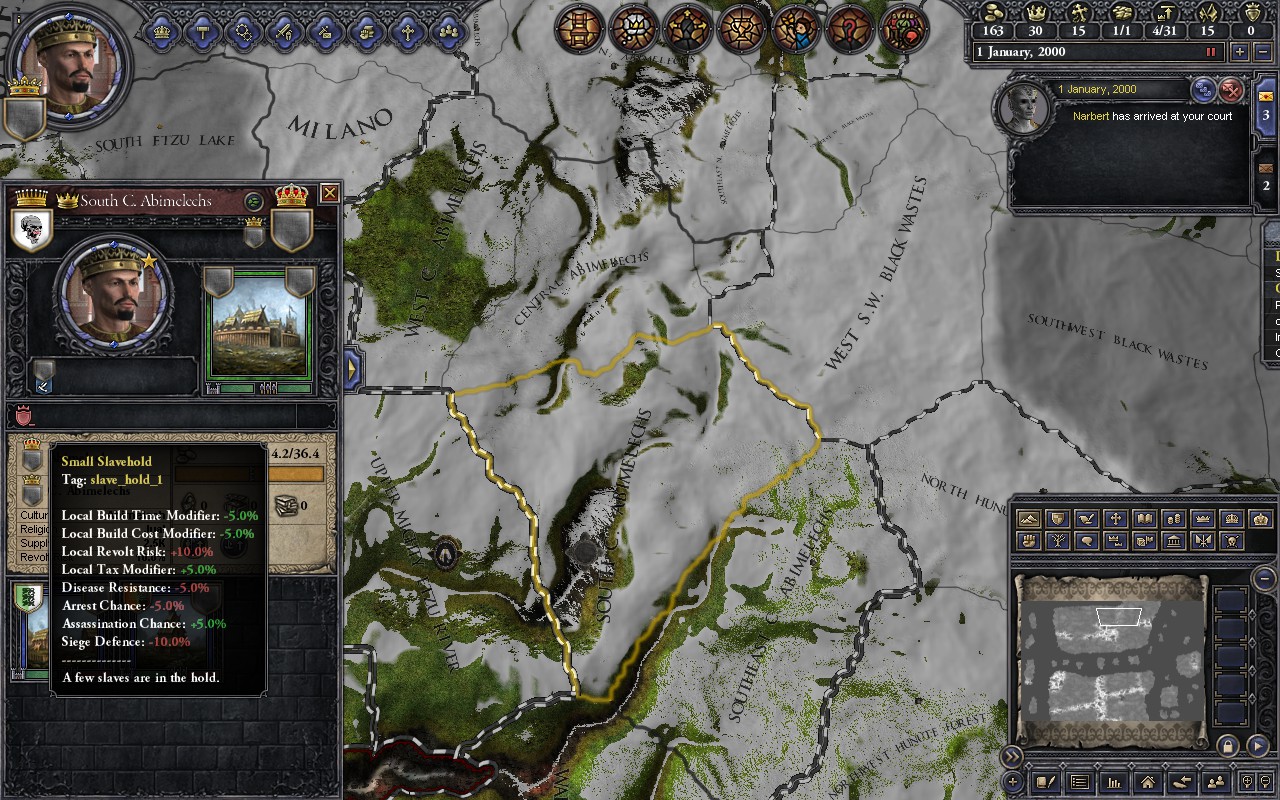 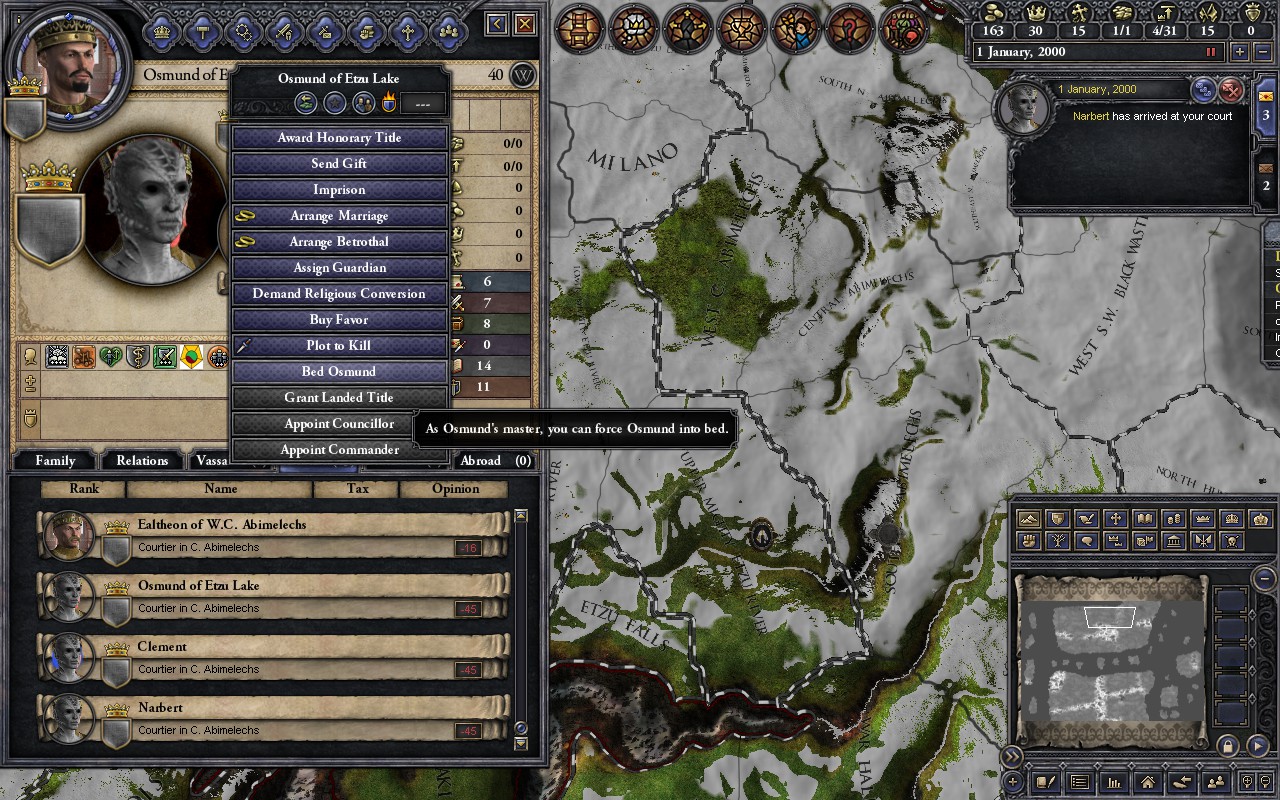 Functional Alpha of Goshen Sagas mod for 3.3.3. Based on the Fantasy World and Stories of Goshen, by Dillon B. Sapp and Cody Lee Collins.

Updates Goshen to functionality for CK2's 3.0 patch. It also brings Slavery to Goshen in three Forms; Indenture, Thralldom, and Chattel.

Functional Alpha of Goshen Sagas mod for 2.8.3.3. Based on the Fantasy World and Stories of Goshen, by Dillon B. Sapp and Cody Lee Collins.

Total Conversion mod for CK2 that based on the Fantasy World of Goshen, and books/stories set therein, created by Dillon B. Sapp and Cody Lee Collins...

Latest Info on Goshen can be found in the link below So, update, I seem to have gotten this function for 2.8.1.1 so yay for that. Also been formally added...

I liked the books... I hope the games are nice too.