There is something in the background that just brings GoldenEye: Source to life. The soundtrack! Featuring 25 new track by Tweaklab and GoldenZen. Come and look around our new Runway. There are also 2 new gamemodes!

Amidst the many changes that 5.0 brings, they are not all visual. Our newest member of the team, Tweaklab, has been hard at work on new musical beats that are sure to bring out the 007 in anyone.

“I’m a computer based producer with some electric guitars and a DMG-01 Gameboy thrown in the mix. I started writing beats in the early 00’s and in recent years have had some success with my original music being used in Australian TV and Film (Housos, Fat Pizza, Bogan Hunters).

My love of video games started at a young age thanks to my older brother introducing me to the Commodore 64, a love that continued through to the Nintendo 64 and is just as powerful today. RARE have made some of my all time favourite video games and soundtracks including Donkey Kong Country, Killer Instinct, Perfect Dark and of course GoldenEye 007; I remember spending weeks beating all the levels on 00 Agent and unlocking all the cheats!

With the reboot of Killer Instinct and it’s excellent soundtrack by Mick Gordon, Celldweller and Atlas Plug I was inspired to apply to the GoldenEye: Source team in hopes of fulfilling my dream of writing music for video games, having been a fan of the MOD since 2007. (I actually bought my retail Half-Life 2 Game of the Year Edition for $90 AUD especially to play Source MODs!)

After a successful trial, more than a year’s hard work and the amazing support of the GoldenEye: Source team, this soundtrack is easily the best thing I have ever done and I can’t wait for people to hear it.”

Today we’re releasing our roster of 25 new tracks made for 5.0 by featured artists GoldenZen and Tweaklab.

You can listen to the OST on:

Or head over to the downloads page to get your copy! 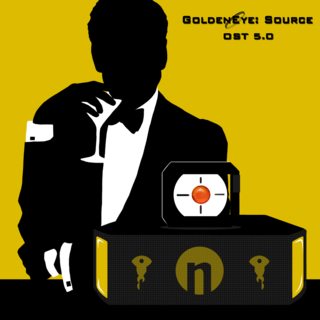 Our FULL soundtrack will be released separately sometime in the next few weeks.

Today we’re showing off another one of our reworked maps, Runway. Overhauled since 4.2 by Luchador, this new Runway elicits more of the movie inspired art style we strive for. 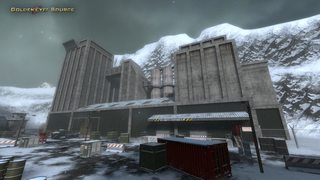 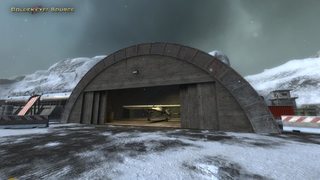 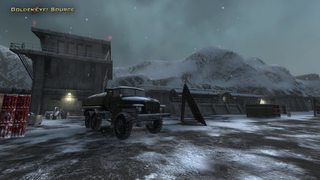 “The challenge was to make a map that was reminiscent of the original game, but also had improved gameplay. The old Runway had so many additions added over the years that it became pretty convoluted. New runway was also difficult because there’s no getting around the amount of geometry that had to be rendered, so I spent a lot of time tweaking the level of detail, trying to optimize the map as much as possible.” 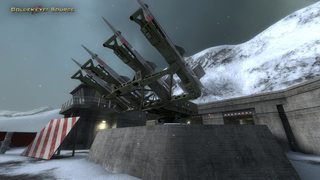 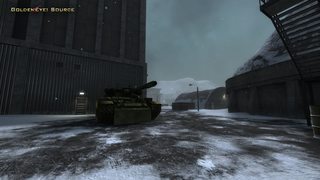 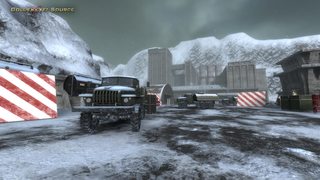 For 5.0 we’ve done a big overhaul of our audio mix, and nowhere is this more noticeable than with our improved weapon sound effects. In the past not a great amount of focus went into this side of the mod but for this release developer Mangley took the reins and has brought the combat sound design to a whole new level.

“My goal for sound in 5.0 was to make all of our weapons and various other sounds as reminiscent to the original game as possible whilst still possessing the crisp fidelity you would expect from a modern video game.

I was able to source a handful of audio samples used to mix the sound effects in the original game, and through trial and error reconstruct several effects to very closely resemble what you hear on the N64 title, except many magnitudes better in terms of quality

With most effects this approach couldn’t be taken, but the target was still to get the effect sounding like a modern reimagining of the sound whilst still retaining the core characteristics of what GoldenEye sounded like. I can’t wait for people to hear the new Rocket Launcher!”

Along with Runway, today we’re showing off 3 more screenshots of updated maps in 5.0 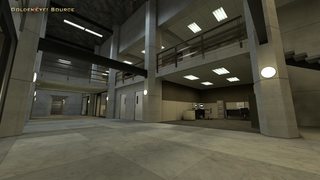 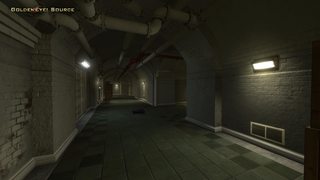 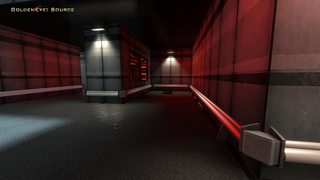 Joining the roster of game modes with 5.0 is “A View to a Kill” and “Gun Trade”, bringing the total count to 10.

A View to a Kill

Objective: Stay alive! You are scored on the duration of your longest life, rather than your kill count. Killing a player adds 50% of their current “time alive” to yours. Dying will reset your timer.

Objective: Each player is randomly assigned a weapon. Killing, or being killed by another player will trade weapons between you and that player. The player with the most kills at the end of the round wins.

In addition to new modes, we have also streamlined a few of our older game modes. One example is “Capture the Key” has had some changes to it’s gameplay based off player feedback and now become the more traditional “Capture the Flag”.

We’re pleased to announce our community discord channel, a place to meet other GoldenEye: Source players, chat, and organize matches. You may even see some of the developers hanging out there!

If you’re not familiar with the new craze that is Discord, it’s basically like IRC and Teamspeak rolled into one with a slick UI. Here’s the invite link which will connect you through your browser, but we recommend once you get going with it that you download the Discord client so you can idle in there like a pro.

Today we’re showing off Luchador’s Ural 375 Truck model, a versatile prop that makes an appearance in a number of our new and updated maps

Ural 375 Truck
by Luchador
on Sketchfab