Genghis Khan: Total War is a total conversion for Barbarian Invasion expansion lead by several modders Nhinhonhinho (mod leader) kirush2 (former) and Allevander (former), it focused on the rise of Genghis Khan and its empire. The campaign starts in 1206, when Temudjin is proclaimed Genghis Khan, leader of all the Mongols. Immediately, the new leader gives a constitution to its people, and starts to expand its realm. The campaign, covering the main part of the Asian continent, allow you to play 20 different factions, each one with its own strengths and weakness, and to build and empire. 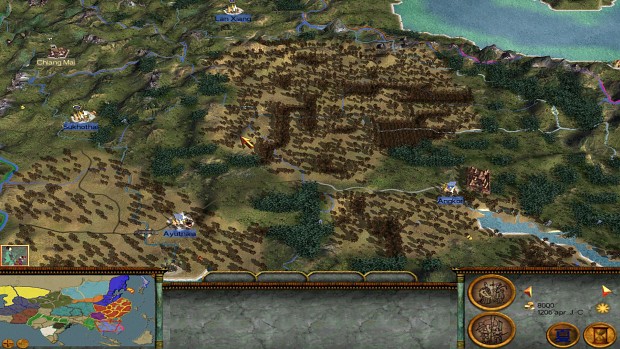 Screenshots from the mod.