This mod is currently on hiatus until further notice, though it's possible work on it will simply never continue.

After Zero Hour, China stands victorious over the GLA while the USA returns to isolationism, having been weakened previously by the GLA significantly. While the Chinese celebrate their victory over the main GLA force in Asia, a splinter cell of the GLA has a present for America... Giants from another dimension.

On April 1st, 2023, Generals universe timeline, a huge portal opens up in the middle of Oklahoma City in the USA. Out of it pour out hoards of GLA giants from another dimension, called in from an unknown location within the United States' own borders. Portals open in several other cities across the country, with the giants crushing everything in their way. 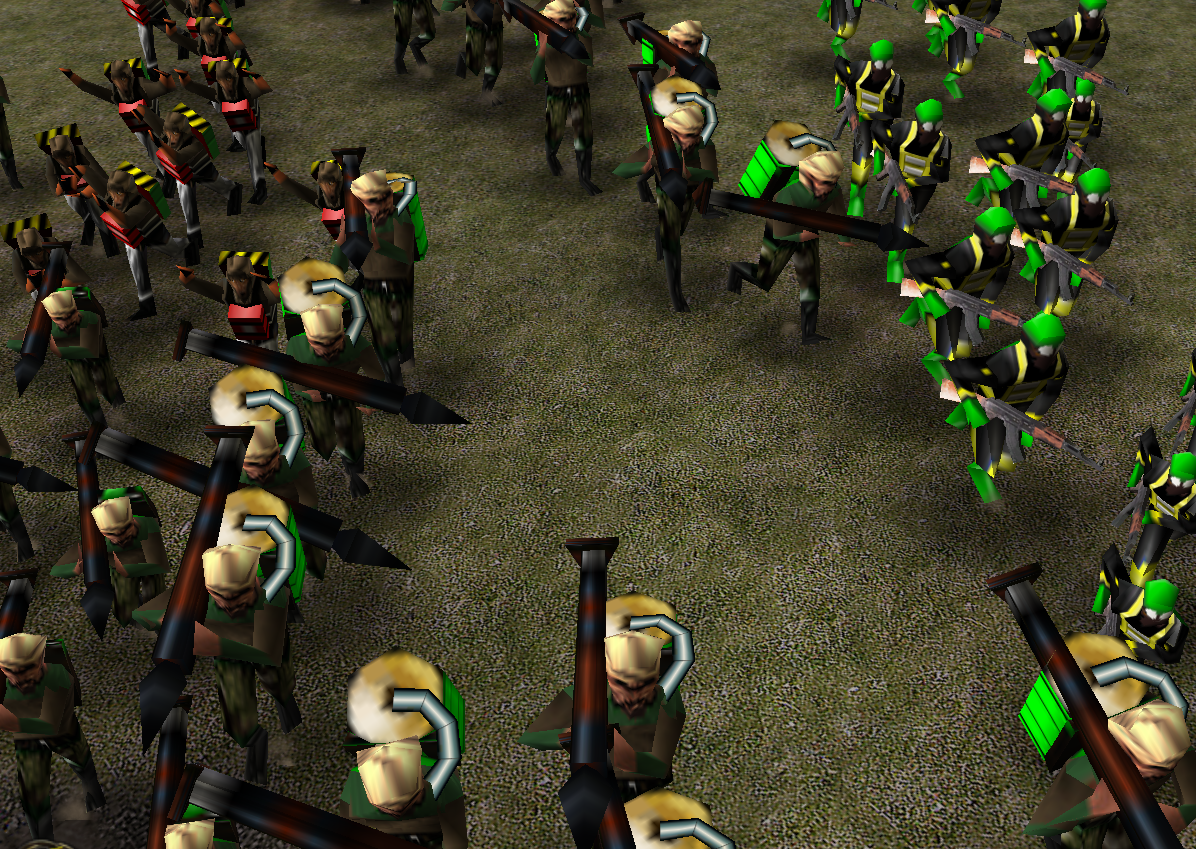 Check the link provided to see. Don't know if I'll ever get back to this mod.

Here is the link - Moddb.com


To be clear, I still like the idea of Generals Giants. It's goofy, and has loads of potential for a silly fun time. If I do get back into modding Zero Hour, what will likely happen is that I'll just merge what I've got done with Generals Giants into Generals Domination and go from there.

This is a very basic beginning framework for Generals Giants. Really, all it includes are the basic infantry for the GLA Giants plus two testing maps...

So apparently I forgot to actually put the testing maps I was talking about in the first download. My bad. These are the two maps that I SHOULD have put...

Thought it would be great to remix a mission with GLA Giants added to the game to help promote this new mod, and there you go with a remix of the 2nd...

For those wondering, I do plan to eventually make this mod a reality in one form or another. The GLA WILL LIVE ON!*

I may pick up work on this at some point in the future.

Will the giants have HD textures cuz its blurry to see the model.

Coming to my town huh?

Time to mass my tanks

Forget it, they're already dead... :P

reference to attack on titans. Giants being titans, others are humans

Gah. I apologize for the lack of updates, or a download... :(