This mod removes the suck out of Zero Hour... What little of it existed, at least, but there were definitely some things that were a bit poorly designed, a few balancing issues, and just overall some quirks that could be fixed. This mod is my take on fixing those things and adding a bunch of awesome stuff to an already darned-good game. Prepare to unleash the absolute greatest in dominating weaponry in Zero Hour.

Thanks for voting and helping Generals: Domination on it's quest to become the 2022 Mod of the Year. You are now in with a chance to score some free games from our #modlove collection. Help this mod secure more votes by embedding the widget (or link) we have included below on your favorite sites.

Back To The Jungle

Not much happening with me. 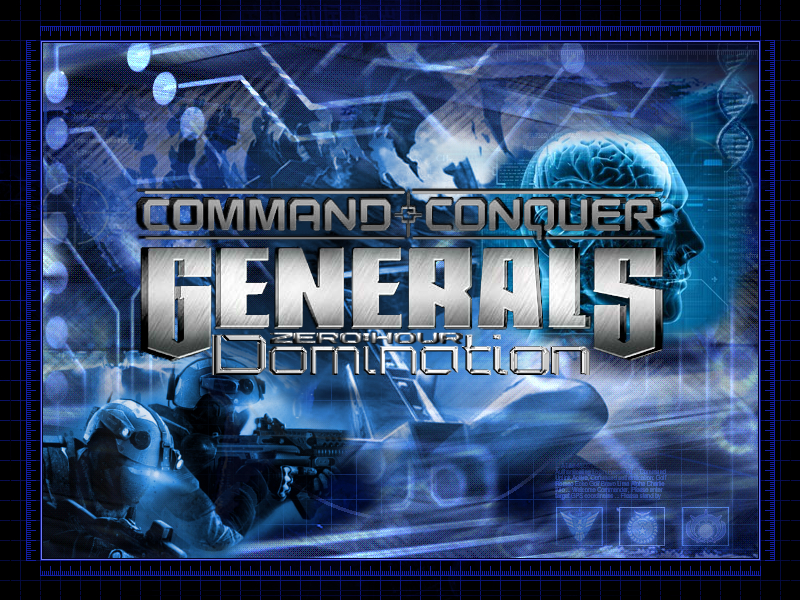 Well, as far as anything online goes. I haven't had the time to play video games much even though I very much want to, especially Half-Life 1 and 2 and the expansion and Episodes.

My mod, Generals Domination, that's prettymuch going to be on hiatus until whenever I have interest in Zero Hour again. If I tried to get back into modding it now most of my time would be spent playing vanilla ZH for awhile just to get a feel for all my strategies, tactics, and just how to play the game very well. I mean I can remember a lot of it, but actually being able to physically do all of them and stuff is different and I do not have that ability at the moment. I'm simply out practice.

The few games I have played recently are some of the Gamecube-Era Sonic games and the Half-Life series. I want to play through all of them again, as well as play through some mods like The Citizen and Combine Combat. However, school has prevented me from really having much time to do that at all.


I do still want to bring Generals Domination to a semi-finished state for release. As for Generals Giants, I can safely say that mod is probably just plain cancelled. I didn't have a whole lot of work on it done and for what I intended it to be - a simple joke mod for fun - it'd end up being way more work than I currently feel like I'd want to put into it.


When I do eventually finish up on school, I plan to put a lot more time into my job, probably aiming to work to a management position. Hobby-wise, I plan to work on improving my drawing ability much more and to start doing digital art with Sketchbook or Photoshop, though for what I want to do I'll probably also have to get a new drawing tablet.

I also plan, obviously, to get back into modding, but probably will want to try my hand stuff with Half-Life 2. I have several small missions and mods in mind ranging from one-off small missions, to bigger hour-long campaigns that tie into the Half-Life 2 story one way or another. I even have a mod in mind that's set in the Sonic Universe around the events of Shadow The Hedgehog, with the player taking control of an ordinary GUN Soldier.

Generals Domination may or may not be worked on. It all depends on whether I regain interest in Zero Hour and that playstyle, really.


As for my personal life, there is previously mentioned school taking up a lot of my time, and work. Thankfully the worst of it is likely to be over soon. On a positive note, despite some "drama" with some of my formerly-closest friends, I am enjoying church and am hoping to be able to start growing closer to the Lord again through finally getting back to reading my Bible normally, and praying more often.

So yeah, that's what's been going on with me. School and work have kept me from being able to dabble in gaming and modding like I'd love to, but my personal life is at least going well enough. I can't say when I'll be able to get back into modding, but I hope it's soon. Gaming is fun, and made even more fun by modders.

I am considering changing the name of Generals: Domination to something a little more... Cool. :P

Generals: Domination mod is on hiatus. But don't worry, you'll still get some nice modding goodness!

Progress up to joining

The Avengers of Zero Hour

THIS IS INTENDED FOR MODDERS OF ZERO HOUR. This is a very small addon consisting of three new types of Avengers with Chineses twists!

Mod is prettymuch on indefinite hiatus. I have other things with higher priority in life. But for all those who saw this mod all the way back in 2015ish, and have followed it and supported it, especially considering how little i have to show for it..

Creators, I have a suggestion, zh is the game of the most popular genre, two years ago I discovered a similar game (act of aggression reboot edition), which has unique features, more current arsenal, more real models tanks, different super weapons, there are no mods for it, I would like someone to try to make a remake of that game on zh. I think a remake would be a hit. Please pass on this suggestion.

Yeah it would be cool, but no one has any time to make mods and other things anymore, that's why I quit zh.

how to download this mod? im just newbie here

Domination is on hiatus again.

Will you add back the Cruise Missile and Tomahawk Storm for Alexander? Oh, and will we see a Mac version?

Aside from those questions, I think that this is a great idea.

Cruise Missile and Tomahawk Storm, possibly. However I have yet to dip my toes in any Super Weapon coding so I don't know yet.
General Alexander is not going to be a camp-endorsement turtle general with an overpowered late game in this mod. She's going to be a bit more like every other USA faction; built on offense.

As for a Mac version, no. I don't know a thing about the Mac version of Zero Hour and I do not own a Mac to begin with. Sorry.

You can try bring up ICBM Code. It's already there, though choose the one that has a cost 5000 credits.
I think the missile is glitchy. But like, that's the only thing you have to worry about.

Back To The Jungle C&C: Generals Zero Hour