Version 1_40 fixes bugs found in Alchestbreach's review. Redid Louie's voice and made it a separate file.
If you like this mod endorsing it really goes a long way. 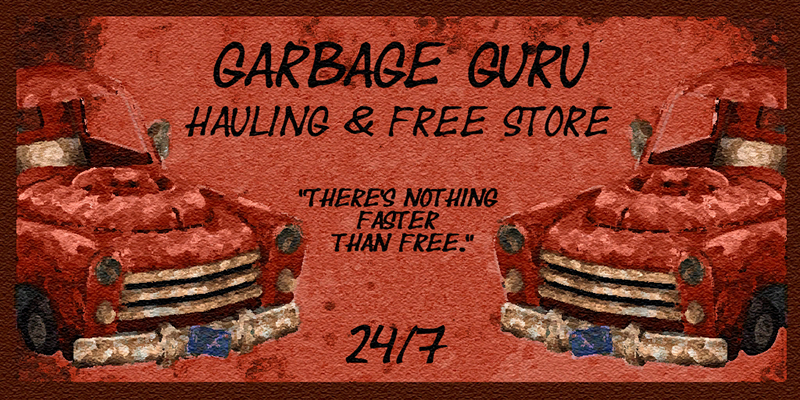 You recall a rumor going around that the Garbage Gurus were looking for workers. Musing how you've never visited the place before you consider checking them out... what exactly is a 'free store'?
Description
Garbage Guru Hauling & Free Store is a companion rich, multi-quest mod that follows the adventures of the family-run junk hauling business of the Garbage Gurus.
If you're using JIP Companion Command and Control I've included avatars for each companion.
Installation
Basic. If using NMM or MO you may be able to 'Download with manager' then just activate it.
Otherwise, after downloading, you can either add it as a FOMOD through FOMM or just unrar the file and cut/copy and paste the Data folder into the game directory folder (where their Data folder is along with the main game .exe).
Uninstallation
Basic uninstall using NMM, MO or FOMM.
To manually uninstall you can review the file .rar to see what files are in there, then delete them from the Data folder in the game folder.
Patches and Optional Files
soon- voice files and an IWS patch
Known Issues and Bugs
Issue #1- voices. Some voices will be uploaded in a separate files to give the option of having no voice acting (not including chicken and robot voices and a few of the main npcs) if it is too rough/modulated for the player.
Its at this point where I invite other GECK users, if they like this mod and feel like participating in its blossoming, to help. I cannot commit to supporting it for more than a couple of weeks (my life may be about to no longer include computer access) after its upload onto the Nexus and would equate the public's involvement in making AddOns of voice files and such to winning the lottery.
Issue #2- This mod was made on an HP DV7 Entertainment Laptop and has therefore not been tested with any HQ texture packs or 'processing intensive' mods.
Incompatibilities
Will conflict with mods that place anything across the road on the right of Trudy's. Hoping for feedback in this area so patches can be made.
Rivens Goodsprings Vendor_Plus Mannequins seems to be in the same spot but is not currently available on the nexus so I can't make a patch for it.
Contact
Hello, this ego's name is David Arthur Johnston and its happy to be here.
Under templeofninpo here at Mod DB.
I've accounts with Facebook and Twitter,
and I can reached by email through- templeofninpo@yahoo.com
Credits
Se7enraven - tool box (my own custom texture), propane tanks

Gopher- You remind me of my uncle. Cheers.

My friend Joshua, for his battle music contribution... he has no issue with people recording gameplay with it in the background.

To the coders and scripters that make up this community.

To Bethesda for conduiting the GECK and the fantastic universe it avails.

To the NifScope people, the Photoshop people, the NVEdit people, the LOOT people, etc... None of this would ever be possible without their inspired contributions in the systems/programming world.

And lastly, to David Shebib and all the Garbage Gurus who gave a perfect raw story to work with. 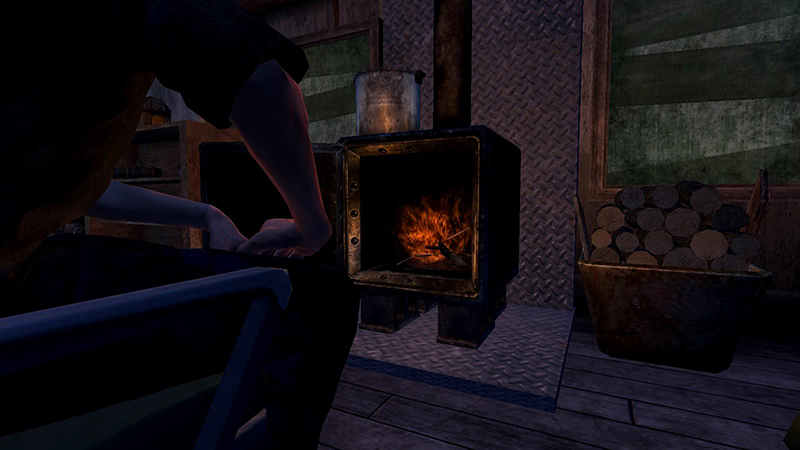 Legal and Licensing
I would rather this mod not exist than have it become a paid mod.

Garbage Guru Hauling & Free Store is a companion rich, multi-quest mod that follows the adventures of the family-run junk hauling business of the Garbage...

I uploaded the main file. I think its gone, but now cannot upload replacement because it says file already exists...

I'm perplexed... it'll figure itself out soon enough, I hope.

Have to sleep now. Uploaded main file. Waiting to have it authorized, or something happened and i have to do it all again. Anyhoo. Must sleep now.

Hugo Bernhardt was always a disturbed and reclusive type, never leaving the house and always skipping school. A few weeks after his father's passing...

The Long Dark Save Editor 2

The Long Dark Save Editor lets you easily edit your game save. You can edit your inventory, player position, achievement stats and much more.