The year is 2056. The Galaga invasion of Earth had been thwarted for the second time. The Humans forced the Galaga to retreat from the Solar System and destroyed M1123, the planet on which they were discovered. The Earth fleet returned from the distant reaches of space they entered, battered and run-down. As the cruisers prepared to dock, interstellar sensors detected an object moving at jaw-dropping velocity. It came into visual range. It appeared to be a scout ship. The space station's array of blasters opened fire on the intruder and quickly destroyed it. The gunners sighed in relief. It was a close call... or was it? Massive surges of energy were detected. Another wave was approaching. With the Terran fleet rediscovered, the enigmatic aliens launched an invasion of the entire quadrant of the Milky Way Galaxy. If the last encounter with the Galaga were any indication of the destruction they could cause in this war, the very existence of the solar system would hang in the balance.

Yes it's been 3 years since I've updated my website, but but I've finally finished converting back to PHP the massive site update, featuring all my public-knowledge mod projects, most notably Battlezone, Cold war, and Galaga. It's not 100% but it's close given what's been developed so far. The downside is it's currently Chrome only (or derivatives like Torch, SRWare Iron, etc.) and I'm currently in the process of fixing that.
A friend I know from Facebook and I are soon to be testing Galaga in private Alpha stages this week. If all goes well, the public Alpha may be released sometime later this summer or fall.

Here are the latest unit retextures plus a new Dropship design. 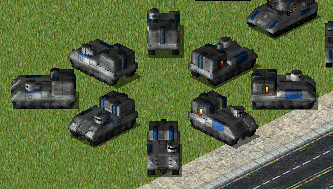 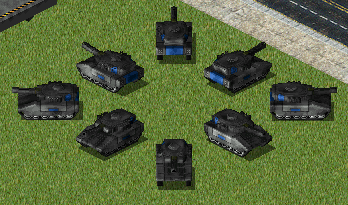 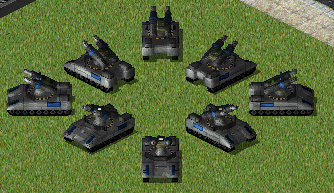 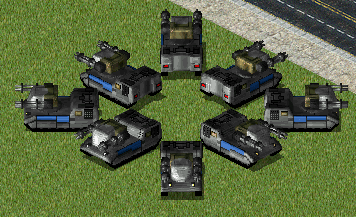 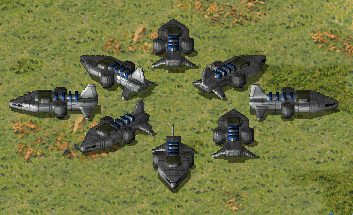 Galaga now takes advantage of Ares, and has a couple new units to show off.

I have been unable to progress enough with making a beta at this time, but I have several new additions in light of this. New structures are under development...

This project is now on ModDB! Current plans are for an Alpha release before the end of the year.

In Skirmish, you will be able to play not only on Earth, nor only in space, but more than 10 locations across the Solar System and beyond.

how can we download thi mod??? is this dead??

I'm still busy with college at the moment but I still have bits and pieces in progress. I'm unable to update as often as I like, but that's the life of a solo modder unfortunately.

If you don't mind I suggest you take a look at the UGSF saga since Galaga is obviously a part of that universe.
Ugsf-series.com

Brilliant! It's been impossible finding anything similar to this with any kind of quality. It's still early in storyline development that I can tie some of this in.

Don't lose hope, college has put a stop to my massive updates, but I do have some new stuff to show this Summer.