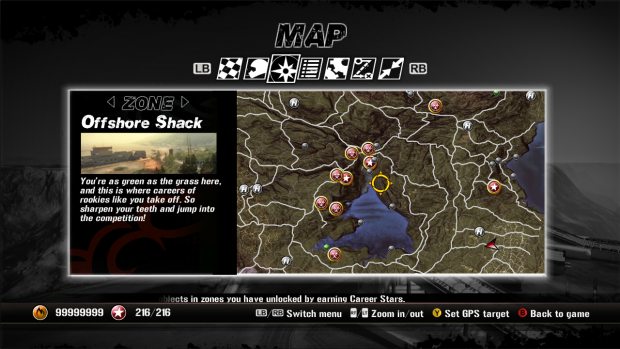 FUEL: REFUELED V14.5 I never bothered to release (I will add that there has been many releases since then such as V15.0 to V15.4 :P). The UI shown here was what it was going to have - it's basically a very slight tweak on the original; some decals are removed, but at a basic level its just an improvement on the stock UI.

I thought i'd rework it a bit and bundle it in as one of the optional UI themes in FUEL: REFUELED - LITE. Shown here is the map screen (I guess the the huge "MAP" title gave that away xD), the changes include removing any decals that obstructed the map itself and the more compact economy HUD in the bottom left. On other menu's one notable change is the removing of LIVE branding and the pointless "PAUSE" text in the bottom right like all my other UI themes.

This doesn't need FUEL: REFUELED - LITE to run, it can be installed directly via the mod manager onto the upcoming vanilla Unofficial FUEL Patch #3 as-well. The grey background tint is a separate optional mod so you can mix and match to how you want it to look.

One final note - you should be able to see an additional helipad to the left of the screen, and if you look closely around the lake in the center you'll notice 3 additional POI's (in this case liveries). The helipad was always there, I just fixed it so it showed up on the map correctly - and the livery points are the bonus items that I've now integrated into the game itself (instead of unlocking via codes), there is also a livery up in the SE of Tsunami Reef to collect as-well.

Patch notes for Patch #3 and FUEL: REFUELED - LITE can be found here: Moddb.com