Status of the Mod:

Hey guys, I know you haven't heard a lot from us in the past 4 months but we now have some news for you. At first we wanna tell you that we had a big problem by getting the last missing models and we still have it. but we were able to get this lick filled a little bit. Here you can see now our Wraith Superhive Model! It has 15k polys and so it has the maximum limit of the freelancer engine for a single model. 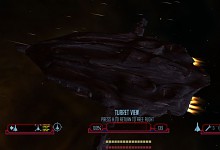 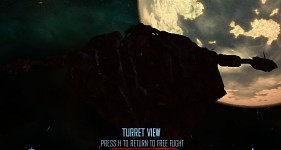 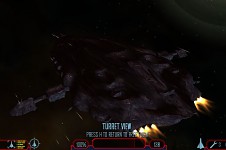 Also we got a model for the cruiser of the pegasus asgard, the troop transporter of anubis and the destiny shuttle but they still need a good texture like the alternate alien mothership from "daedalus variations".

This is all for now. More Updates somewhen in the summer.

Hey friends, the whole BFM TEAM wishes you all a merry christmas and a happy new year! also santa has brought some presents for you!

Hey friends, after a long period of time and some very bad problems we have the next update for you. but at first we wish to welcome Hash who has agreed...

Freelancer: Battle for Mankind is NOT DEAD

Hey friends, i know you have not heard anything from us the last months. But after a long series of very bad incidents and exams we have the first good...

New Release! After a long period of time (2 and a half months) we decided to bring you a new version of the mod! Have a lot of fun when it comes out!

here is our latest trailer for the 3.0 Release! Have a lot of fun with it!

the next version of the mod including fixed bugs/infocards etc and new equipment etc include release 2, update 1 & 2 mod version: 2.2

a minor patch to solve the language problem and some minor changes in weaponry.

Our 2nd Release we are giving to you. Have a lot of fun with playing the FLBFM mod!

Umm, small bug: The O'Neill class Asgard ship is...sorta....upside-down. I dont know if its just my computer, but the whole thing is upside-down. Little confused.

How can i get into any of the other systems? On my map thing, it has all the old system names (E.g. Liberty, Kusari) And i can't find any jump gates or anything out of these systems into pegasus or earth or anything. Where is a jump gate?

I don't find a jumpgate to the ori galaxy where is it??
I'm in the ascended galaxy/system but where is the gate?

i cannot move with a big ship til a stargate the ship s to big but in the nevel it works can someon help me?

Question, first mission upon loading this is broken. How is it I'm supposed to complete it? If I remember correctly when the Admirals battleship is attacked your supposed to help defend it, but the fighters stay neutral, mission fails when attacking. So I restarted the game, and just hung out until they were all destroyed. Now they all just stop and come adrift afterward? No new mission status, and the way point is set for the docking ring on Manhattan.

Ok, got it figured out, for some reason it wasn't loading into the MOD folder properly. Just wandering and exploring now. This MOD looks awesome, obviously not complete yet, but can't wait to see what else you add in later! Ok, off to find some people to shoot up!