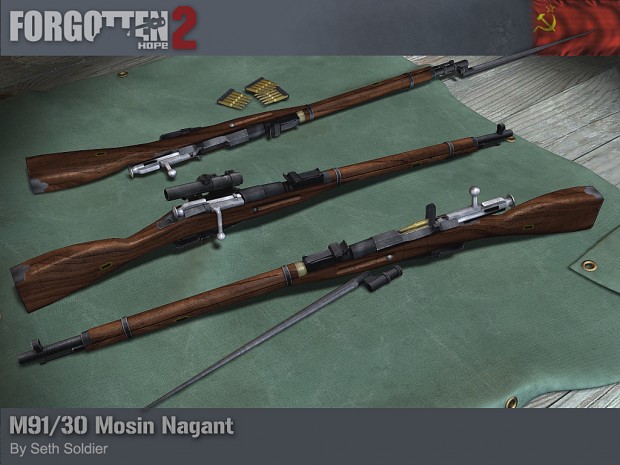 I just bought one of these. Mine is a 1938 Tula. So, pre-war! It's pretty, going to shine up the brass clips, clean the entire thing with a snake and some hoppes, I bought 120 rounds of Surplus ammo for 20$(I know it's Corrosive, but I'll clean right after use anyways.)That's cheaper than .22 ammo.

Next Monday I plan to take it out for some plinking. I'd like to get a scope on it, but I'd have to find a gun smith, I don't want to use a long eye relief scope with this.

Also got some stripper clips, a ammo satchel, and all the good tools. I am removing the steel butt stock in place of a rubber one though, they kick like a mule, supposedly, big round though, bigger than .308

They are going up in price, a damn fine rifle the money though, hard to do better. I plan to get a bent bolt as well, scope or not, just feels better.

Also they dont have that much kick, I can got thru like 200 rounds without feeling it too much and I have like 0 muscle mass. But the rubber buttpad might be nice if you find the stock too short.

Amazing rifles indeed. They costed me 180-200 euro a piece. Surplus ammo is 220 euro for 880 rounds. Dont worry about it being corrosive. Just properly clean it and you are good to go :)

And please dont put a scope on it :( You can find Mosin nagant snipers, post war as wartime, for rather low prices :( And these are professionally made

What prices you pay! How odd, you'd think they'd be cheaper in Europe.

got negative karma for telling the truth....ouch. I really got it for that!

Where do you buy surplus ammo? I only got mine for $90, but the ammo is about buck a bullet. I have not fired mine yet.

By the way, they supposedly had fire adjusted for bayonet attached at all times. not sure if that is true for WW II production.

you can get surplus ammo for $7 a box @ cheaperthandirt.com

the rear stock is a little to fat but anyways YOU GUYS ARE AWESOME FOR ADDING GOOD OLE MOSNIKA :D
p.s. i own a 1943 Izhevsk m91/30 so i love this gun :D

(russian accent) cant wait to stick a fascist pig with bayonet!!! any plans to add the m44 carbine??

Can you give the sniper version some ghillie around the muzzle and scope?

The Mosin-Nagant began its long life with a competition to replace the aging single shot Berdan rifles that equipped the Tsarist army. The winning design was Russian Captain Sergei Ivanovich Mosin's rifle, with the addition of the clip feed, magazine spring and feed interrupter of Belgian Léon Nagant's proposal. The original Mosin rifle was made in Infantry, Dragoon and Cossack variants.

Following the victory of the Red Army in the Civil War, the decision was taken to modernise the rifle. The M91/30 was based on the earlier Dragoon rifle, many of which were reworked to the new standard. Improvements included a hooded post front sight, flat rear sight marked in metres, and eventually a change from the octagonal "hex" receivers to round ones. By 1945, 17.4 million M91/30 rifles had been manufactured.

The M91/30 also had some success as a sniper rifle, fitted with either a PE, PEM, or most commonly a PU scope. The mounting of these scopes above the receiver meant that a bent bolt had to be fitted. The Mosin-Nagant rifles were made by Seth Soldier.