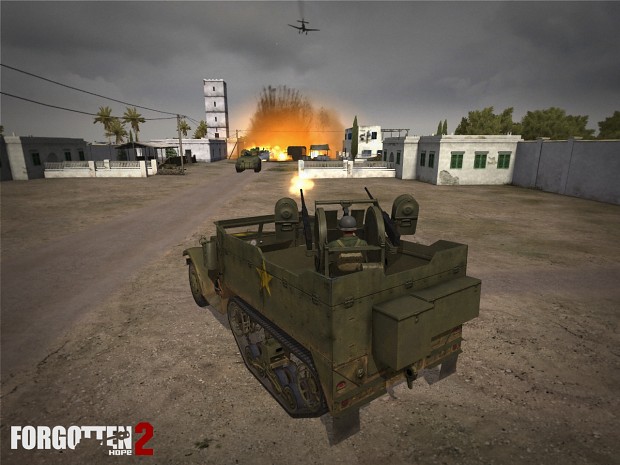 The US Army recognised the need for a mobile anti-aircraft gun, and had initially used various vehicles armed with single machineguns. With the adoption of the M33 twin M2HB powered mount, they had an effective weapon, and in 1942 the M33 mounted onto the M3 Halftrack was standardised as the M13 MGMC. However, within months it had become substitute standard with the adoption for the M16 MGMC armed with the more powerful M45 quad mount. The M13 MGMC was made by Agus and exported by Kev4000.