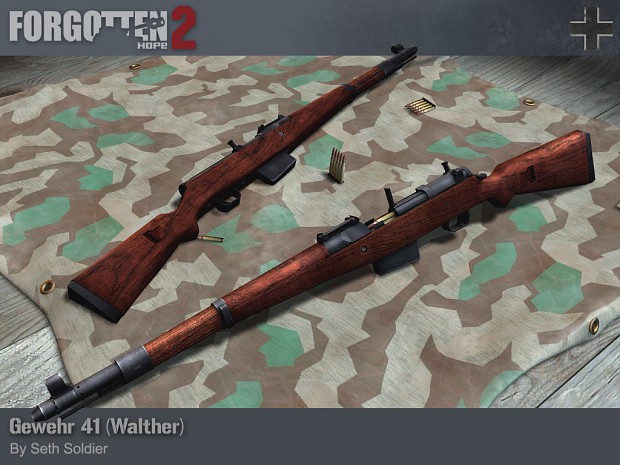 Very nice!! I liked this gun so much in Red Orchestra! By the way, could we get a new video showing the new Eastern Front weapons in game?

In 1940, the Wehrmacht recognised a need for a semi-automatic rifle to improve the firepower of the infantry. They decided on the specifications this rifle should have, and submitted this to various arms manufacturers. Both Walther and Mauser produced prototypes. Mauser's design closely followed the demands given: it could be used as a bolt action rifle should the gas system fail, it had no external moving parts, and it did not have a gas port bored into the barrel. The Walther design ignored the first two of these requirements, as they proved too troublesome to follow. As a result, while neither design was particularly good, Walther's was obviously the better of the two and was accepted into production.

Since no gas port was allowed to be bored into the barrel, the weapon used the "Bang" system (after its designer Søren H. Bang). Expanding gas was trapped in a ring around the end of the barrel and drove a piston that cycled the mechanism. It was prone to fouling and was difficult to clean. These problems eventually led to the G43, which used a modification of the gas system used in the SVT-40.