This mod adds epic new ships, units, facilities, features and scenarios, balances them
out, gives you a new faction, just completely different from what you are used to,
improves the AI and graphics and will definitely challenge you. 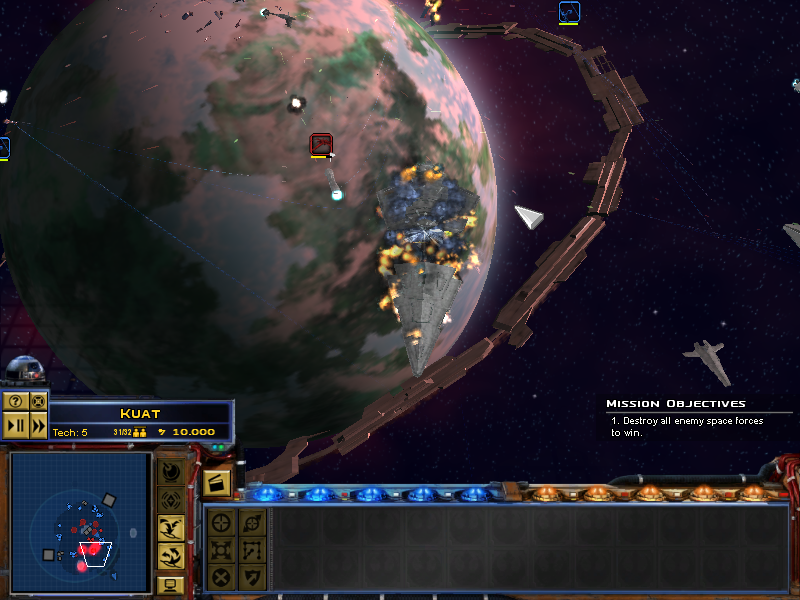 An Imperial Star Destroyer ends in a massive series of explosions after putting up a tough fight.

I have been making progress with the AI and with balancing, galactic conquest, battles, etc.

You get the idea. 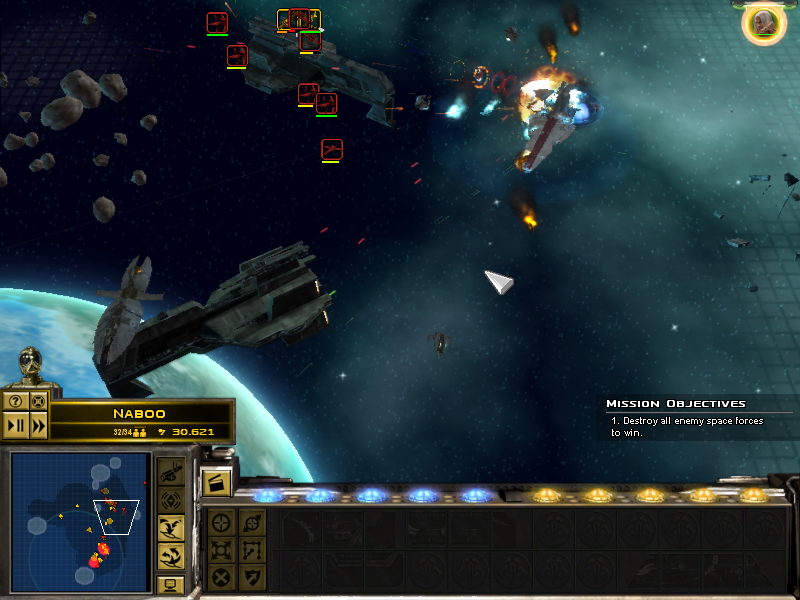 A group of Kedalbe's wrecking a Venator.

The mod has grown well and improved a lot. I have been adding some new units, but my main focus was on improving what's already there, and refining Force Corruption, and I can assure you there have been major improvements and this mod will definitely be much more interesting and enjoyable than before.
There will also be an update to Phoenix at War soon. 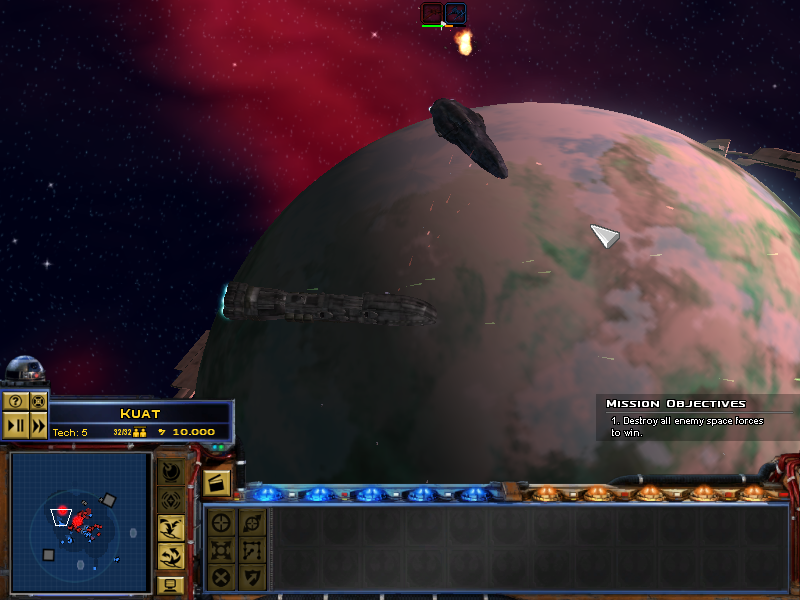 A MC 60 Cruiser and a Dreadnaught are about to engage in the outer rim of a massive, fierce battle.

I want to inform you that while I have returned and I am working on the mods, I can't guarantee how sparse my updates will be and when I will release the next version. Exams are coming up all the time and I encounter many bugs and, even worse, some almost unconquerable problems all the time, which slow down progress. But I can also say that yes, I have improved in modding and coding skills, and my english skills have improved as well, which is also neat. I look with amusement at all the terrible, broken english scattered across my mods and the things I put on Mod DB.

Anyways, thanks for your attention, and stay tuned for the next update!

Making some good progress. I am going to also talk about some of the units featured in Force Corruption.

I need your feedback

Some news about the progress and why i need more feedback. Turned out bigger than i had planned.

An explanation to why there were no updates and what is going to happen in the future.

Another galactic year approaches, and so i want to make a conclusion.

The Patch Version 0.96 including the Campaign fix and new units. The other downloads were removed.

After some time i decided to make a patch including the changes. ;)

Emperor Palpatine is dead, the Rebellion is preparing to conquer Coruscant and found the New Republic, the Zann Consortium is fighting Silri's army of...

Basically just a mod with the prices of Awaking of the Rebellion, the ship models from FOC Alliance, and the Icon for the units and heroes from Super Star Wars, with a lot of glitchy stuff.

Most importantly: If there is glitches, please send me a PM so I can fix them. I can't find all of them by playtesting.

Also, having the mod play in the era of the vanilla game and early New Republic era kinda warrants some unoriginal elements. Obviously I am going to have Star Destroyers and X-Wings and Starvipers and Lucrehulks and such in my mod, and while I could do something weird like make them all the same price and find cartoon models to use for them, that isn't my aim with this mod.

Uh, not that I know of. I am pretty sure the ships in FC are more expensive than those in AotR.

is there a full version? why in the files are there only 2 patches and no full game?

There should be two full games there, the first one is a full game, the second one is a patch.

When I start the mod everything is normal until I get to the main menu. Then all icons and buttons are glitched, when I go to a skirmish game, all the buttons and icons are glitched and I can not see what I can buy. I am currently Windows Vista. Is there any solution? help!!!

I have no idea. This can't be related to my mod, actually, unless all you downloaded was the patch.