Fizickz Chapter One Kirox is a FPS based on a destruction system and using the physics environment to crush your ennemies. 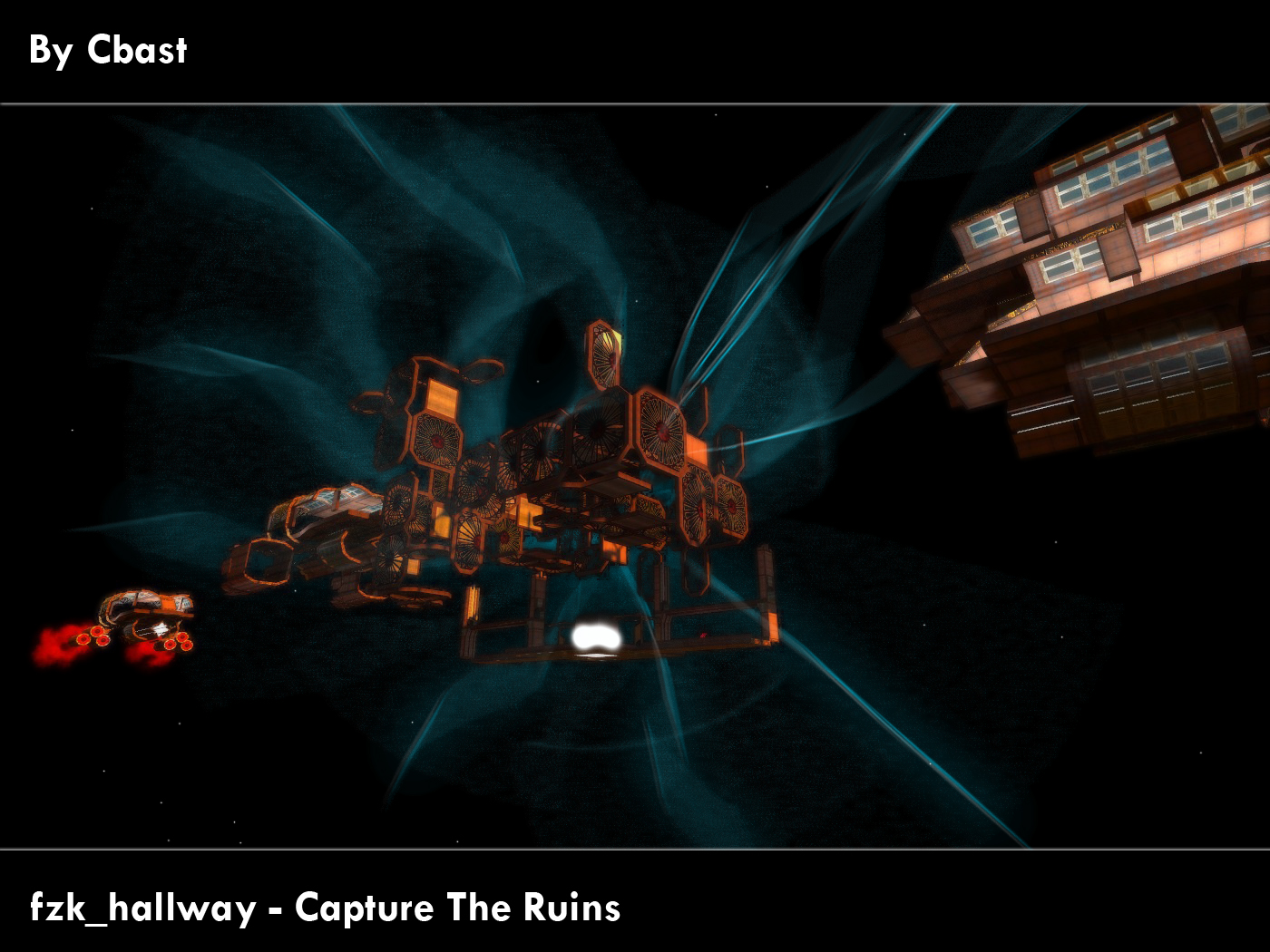 You should ask yourself "What the hell is this gamemode ?". Then i'll show you what it mean !

Both spaceship got a team. In there the team are ennemies. We're studying a system to avoid the player to kill the person who are spawning on both ships.
It shouldn't be possible to go on the main spaceship. (The ennemie spaceship obviously)
In fact, the spaceships are spawn.

The Battleground
The battleground is a spacial ruin, i think i'll add some usefull stuff in these. Don't hesitate to submit your idea if you want.

It is THE point of the map, you should capture this one to win.

That one active an map event, for example in this map you could see spaceship who open fire on the central point, that wouldn't kill the activator team. But, the other team will be hurt !

It open a new way to the central point, you should come more faster. It could open secret place, don't forget to search for these.

Upcoming thing for this map :

Mhhh, that's all for now, i hope you'll appreciate that news and still tracking our mod.

Ohayo, her's the second version of the Fizickz Gun, we hope you'll enjoy it and incidentally save the world with it.

The Fizickz gun is coming

Here's the Fizickz gun, i hope you are strong because this is a one handling weapon. COZ YOU'RE A WARRIOR §

Skydhomme is now moving, try to stay on it §ù! and keep your weapon you'll need them.

Okay, this news rulz our profil then read it ! >:3

Another wallpaper resolution for our trackers :)

Another wallpaper for our tracker, with a bigger resolution

Another wallpaper for our trackers, with a bigger solution

Wallpaper for our lovely trackers :) We hope you enjoy it.

Awesome maps and the song at the end is from Elfen Lied :P

This looks like it's going to be epic! Now tracking.

I love the style of this mod, it looks like a futuristic world, but cell shaded. This mode finally has my track! keep up the good work...

This mod looks really cool. I like the mapping... this is going to be a good mod.

great looking levels, what will the game be like?

Heum, it's like the quake arena, then a lot of thing is [s]Fizickz[/s] physics =O

Finally. It seems like most mods toattly disregard the physics in the source engine. Can't want to play it.

What is this song on the Fizickz Kilol #1 Trailer i love it. I love art-direction, I just hope you don't use any hl2 textures/models in this mod try keep it all like your newer trailer no hl2 stuff. Great work.

The song is Chaoz Fantasy from ParagonX9
Youtube.com
Newgrounds.com
And, we won't use any hl2 stuff (we'll change the gravity by a Fizickz'Gun =D)
Anyway, if you see hl2s textures (like on Kigravit), it is because the mapper is waiting for a new texture =D

So, don't worry, the hl2 stuff get banned from Fizickz (We're not kind grrr >:3)