Collisions to all the building' fire stairs of all San Andreas. Arragements of many things that before had ghost collisions or invisible walls. Also some fixed shapes from the ones that are deformed or too narrow. So you can climb every fire stair of every building with this mod.

I had a couple of issues before editing the collisions of the firetairs.

The first issue was that some colliders had bugs. One that creates invisible walls with the same size of the object or part of it. Before this mod, I wanted to make all San Andreas' objects with colliders fixed but this bug happened so it became Fixed Fire Stairs, only for firestairs. The way to fix this bug will be changing the meshes a bit to find the state where the bug disapears or replacing them by others equal.

The second issue is that when I finnished of editing the firestairs. In the game didn't appear with their shadows. All the firestairs were very clear and this is because they lost their vertex colors. 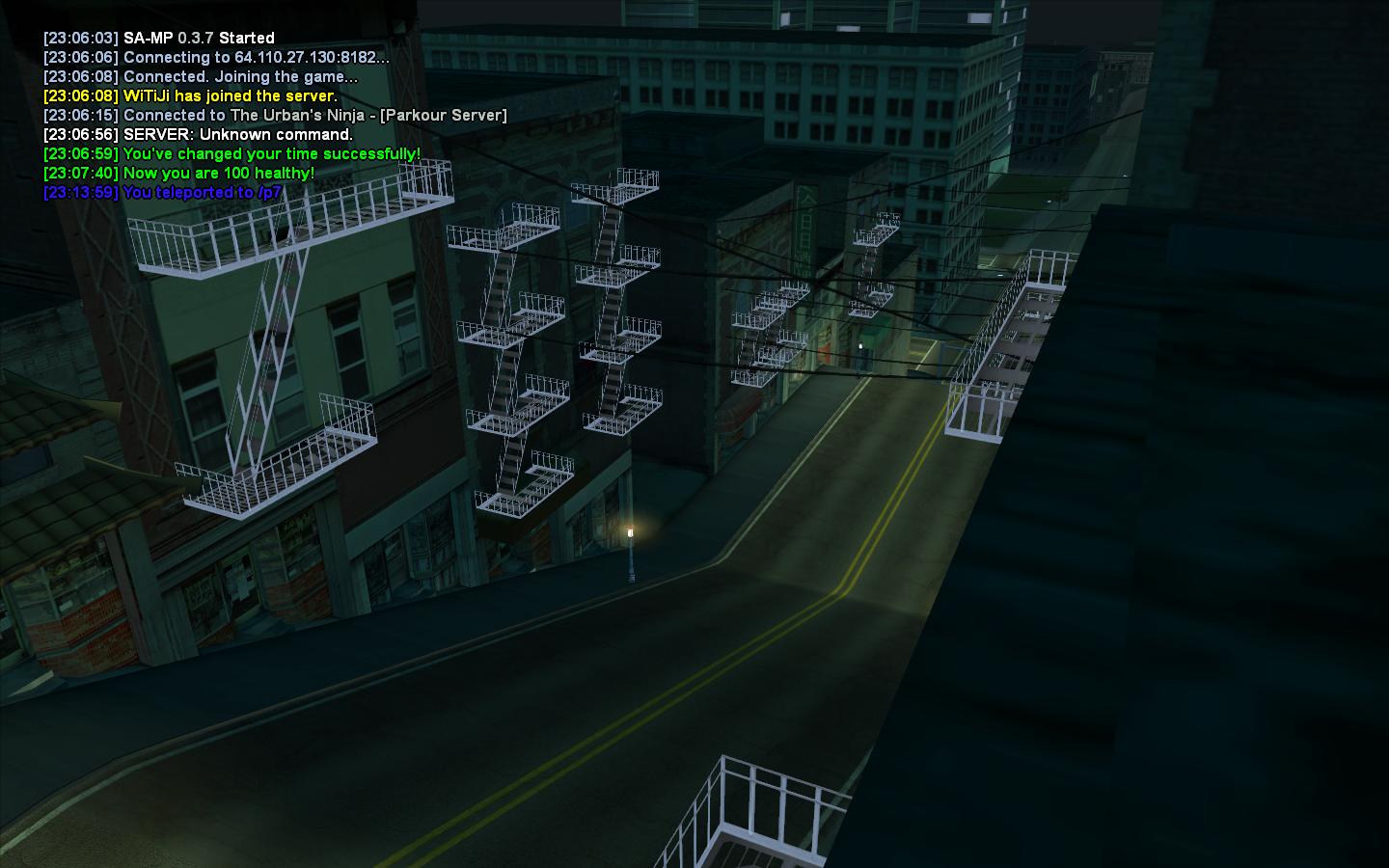 Time before I understood about vertex painting. Now I'm painting all the shadows and lights of day and night manualy (instead of baking shadows I don't know how to do it in 3D Max) for every object. 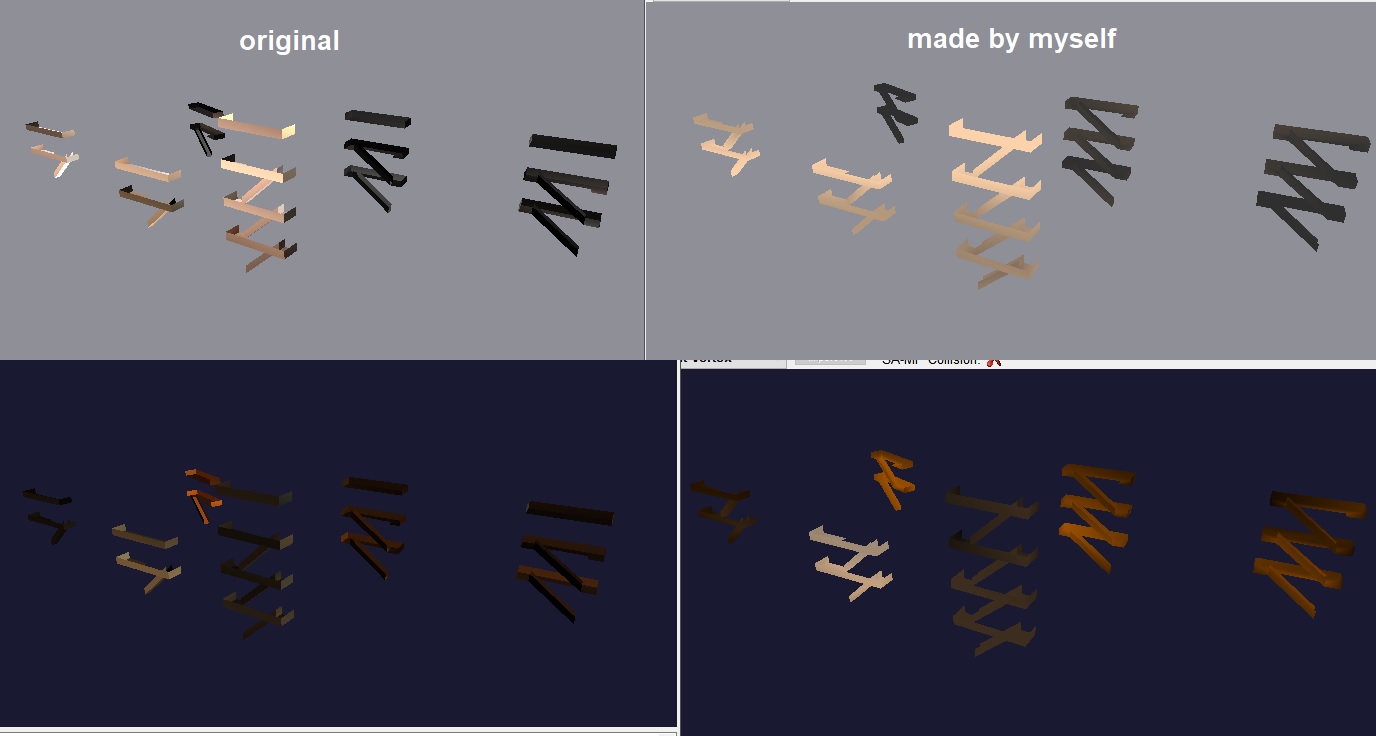 (Don't worry about the clarity I adjusted all the lighting. This is just an example).

Now I have a third part of it made. The time that it will take it's relative because ones are very easy to paint and others are extremely complex. But I'll try to make them simple to do not take too much time and bringing this mod soon. 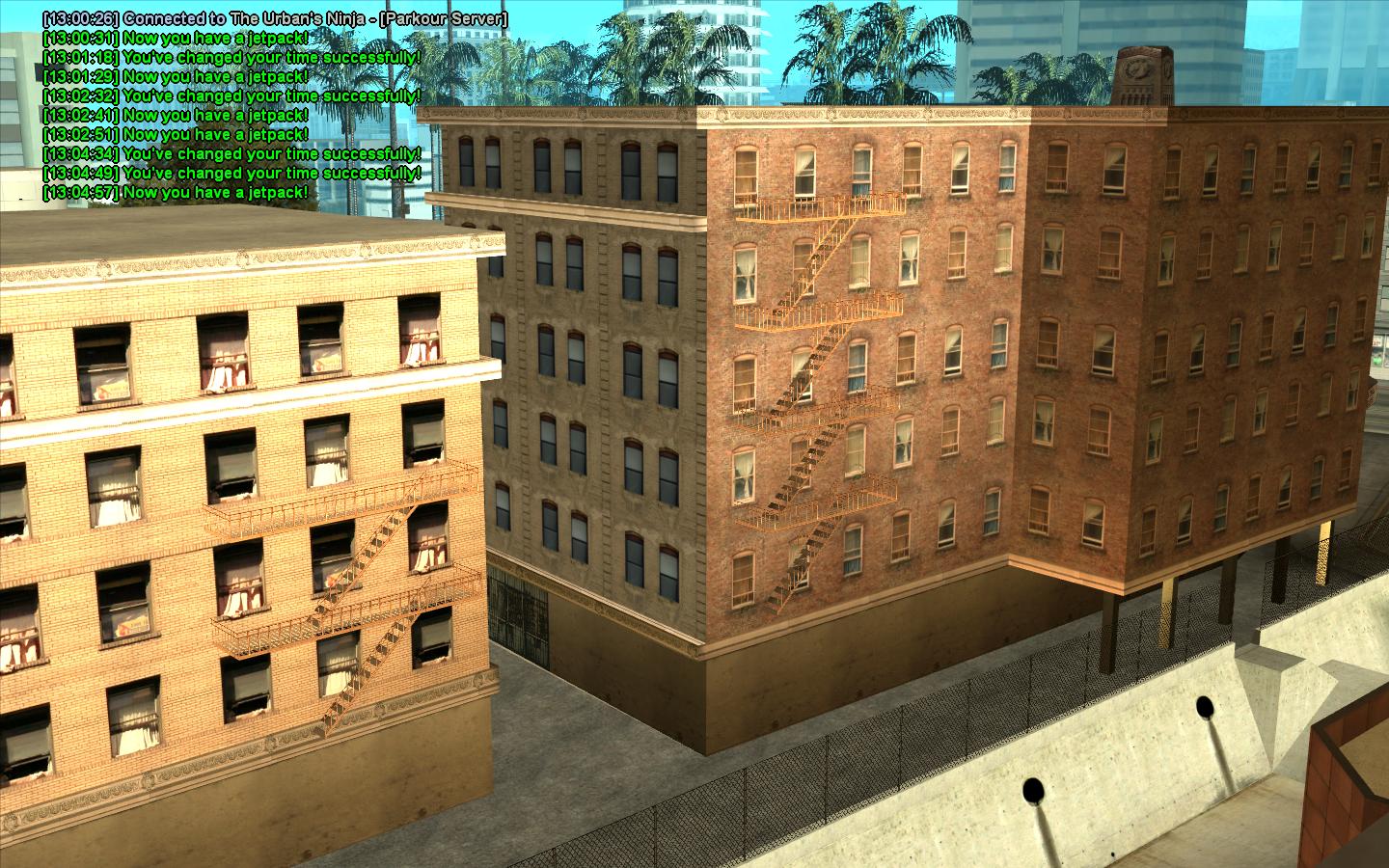 Another thing is that I have to work so I don't take most of the hours of PC on this, rather a short time.

Regards for people who follow this mod. Have a good day.

This is a map to train long jumps. Inspired by kz_ mode for HL2’s games. They are aligned blocks, but each couple of blocks have a specific measure...

This mod changes the appareance of the karate guys from the San Fierro’s martial arts gym so they look like ninjas.

Infernus with drawing board

Make stunts with your Infernus car but now it as a drawing board like skate boards. You can customize your own board by adding any picture!

How is this mod evolving? it is quite interesting, and some friends and I are interested to integrate it into a server that we are going to make.

I was a season without working on it because an issue with my PC. Now, with my new PC, I did much more. The mod will be done for its first version before that, yeah.