Version 9.0 has been uploaded! It can be found at the Downloads page of this mod. It's still a WIP, so expect some issues.

Unfortunately, V7 was not bug-free. I tried my best, but a mod of this size is almost impossible to release without a few issues popping up after a while. So, I've released a patch which addresses several problems people have had with my mod. A V7.2 may be released soon that will bring some content I cut from Version 7.0, due to time constraints. Look below to find the list of changes in V7.1

*Blood decal lifetime increase
*Removed the damage to player when they're exhausted, instead you blink a lot.
*Fixed the Talon Company disguise issue.
*Fixed the mine weight issue
*Removed the NVG character model, it not being there is better than it being embedded in your shoulder.
*Fixed turning off needs leaving you with 100 of every player need stat
*Stopped the player from doing his/her business in the middle of a fight. 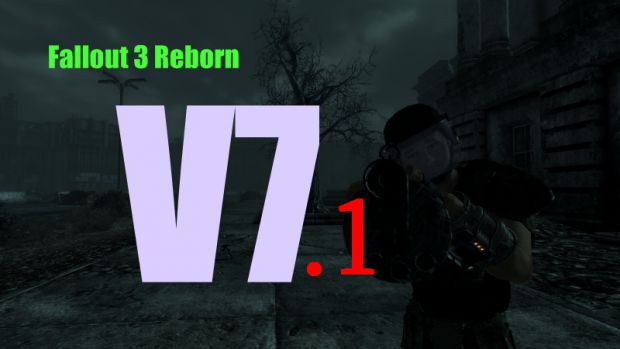 Thanks man, it should make V7 a little less buggy for you :)

i play this now. and i say it s great.

So did anyone else have a small glitch in V7 where the raider's were indifferent toward the player and didn't attack you? Does this fix remedy that? Awesome mod, too by the way Slayer_2, probably the best thing that's ever happened to F3.

That was a typo in the disguise script, and yes, it has been fixed in V7.1.

Thanks for the compliment, man :D

think i found a bug when playing, it gives you +10 intel for being well hydrated or well fed(without player needs on). something makes me think it should only be +1 intel.
aside from that, brilliant mod! havent encountered any crashes as of yet, love the weapons with mods on them.
keep up the excellent work!!

Thanks for the compliments :D