This mod is intended to give SWAT4 a much needed graphical upgrade on most equipment. Some protective gear such as helmets and gasmasks are added and most weapons have received some aesthetic and audio related changes. Some AI tweaks might be added as well.

Like I said in an earlier newspost, this mod started out as a quick fix for Co-Op gameplay. As the game was lacking red and blue teams in this mode, I decided to create some helmets with team indicators to solve this problem.

Right now the mod is much more than that. Over the past few weeks I have been tinkering with it whenever I could find the time. Admittedly the time I could spend on this has not been as much as I would have wanted.

Nonetheless I have been able to hone my skills in SWAT modding in different aspects.
Since the beginning of this mod I have added a good number of different helmets and a gasmask combination.
The Ops-Core being the most impressive addition to the headgear department, while not entirely done yet. 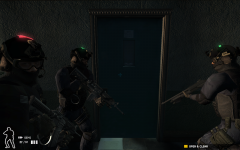 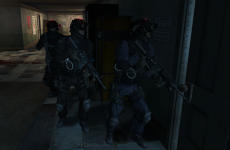 In the mean time I have been working on figuring out how to create new character models for the game.
This process, like all others, has been progressing slow but steady but is now at the point of being implemented and tested.

While working on all of the above I took the time to read all of the suggestions made by the followers of this mod on this very website. Most of the suggestions are on my todo list. To show I actually do something with the feedback and suggestions you gave me so far, I decided to spend some time on developing the Taser XREP round for shotguns. This feature was requested by user SamuraiSushi and is now nearly done. It will consist of a munition type and a Taser X12 shotgun model.
Take a look at the video section to see it in action already. 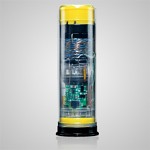 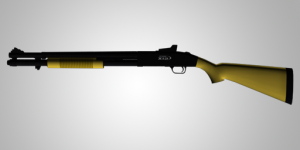 When SWAT 4 came out, SWAT 3 still had quite an active community with expectations the new title in the series could just not meet. SWAT3 was about authenticity...

Awaiting moddb approval I have not been sitting idle. Below you will find the still short but rapidly expanding changelog!

I wish you can complete the mod Drummer

cool shotgun i tink it will me more than usefull in my operations:)

When is this going to be released?

Even if it's not finished, they should've still released its current condition or just give us the SWAT models.

I think this Project is dead. If you´re still interested in SWAT4 mods wait for the to SWAT4 Remake 1.1 updated mod.

wait for the release..

I sure hope this is still going. Especially with BlueDrake showing interest in the game for his community.