Germany after successfully invading the USSR and annexing half of it it gets puppet by Germany so the Russian empire begins and that means now they can focus to take out the allies after the allies fail d day Germany Invades England and after there fall they focus on USA but how will they get over there it will to risky to do a naval invasion so they decide to Start a civil war in mexico with fascism (they stage a coup) and USA supported the democratic side but Germany send troops to the fascist side and after fascist victory Hitler makes hes nephew William Patrick Hitler the ruler of fascist mexico. Germany uses mexico to make a ground invasion to the USA and a success after the fall of Washington Mexico gets to keep the territory that USA took from mexico in the Mexican american war and after that USA was made a puppet by japan and Germany one half was Japanese puppet and the other half was a Germany puppet after that allies gave up to the axis and heres the plot: after the axis victory a difference divides the axis between Germany Japan and Italy Factions: Germany: Achse Italy: I veri assi Japan: Ajia no jiku and a war between the 3 factions will start countrys like Puppet England Mexico Puppet Russian and puppet german usa and puppet japanese usa Have a event to choose which faction will they choose 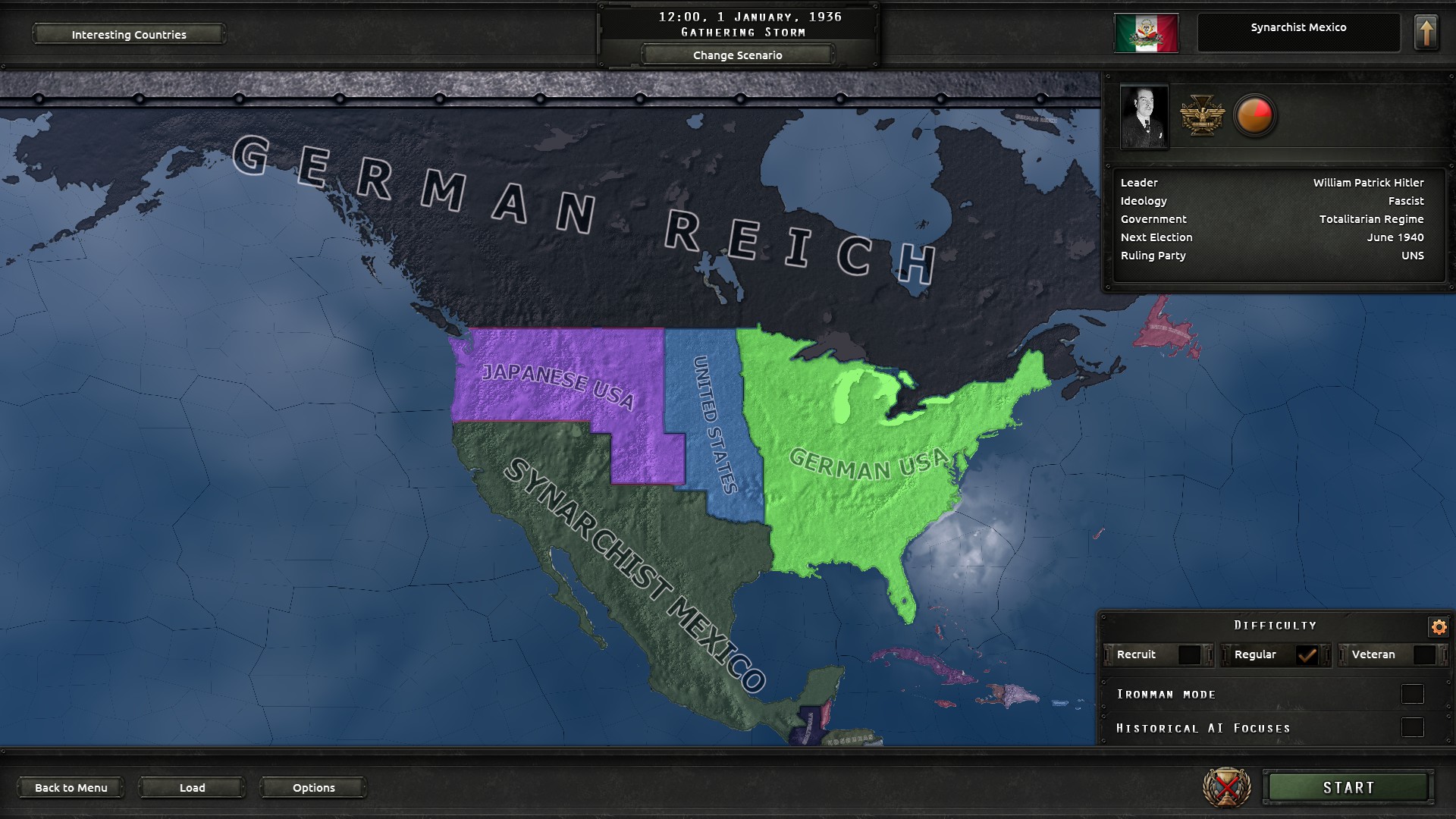 ENDSIEG DECIDE THE FUTURE OF SOUTH AND CENTRAL AMERICA

Vote in this poll

Should i make a livestream of me doing the mod? (if its positive it will be this saturday at 6pm october 16th Mexico, Monterrey time zone)

I have a problem when I start I close the game

how do i install mods?