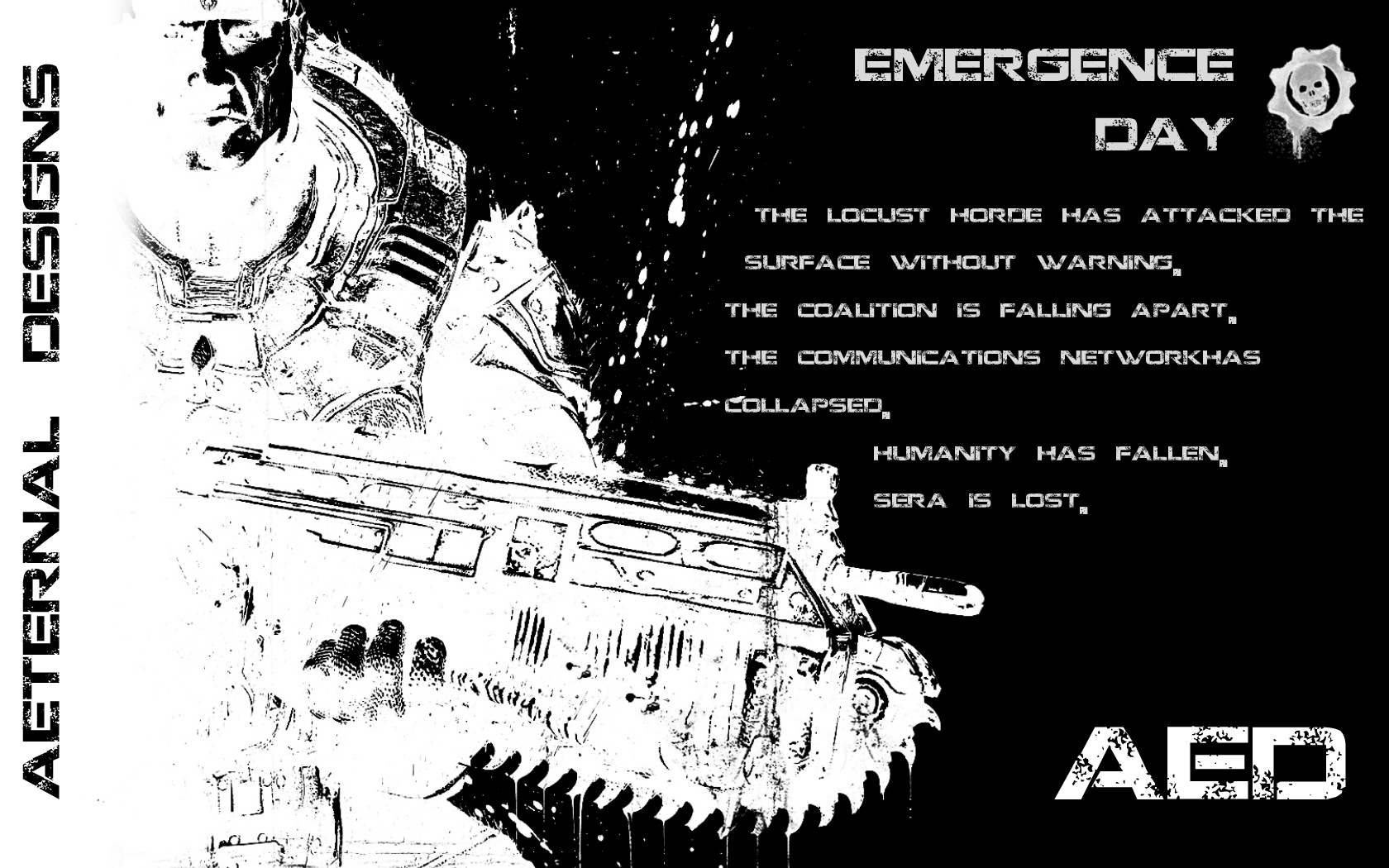 Emergence Day is a Starcraft II map currently under development set in the Gears of War universe. The game will feature custom content and will be released open source upon completion.

The current x.m3 exporter is having issues converting the model, and all of the models end up with flying vertices. Because of this, I can't really get any assets to work ingame because the model is extremely distorted and it's really distracting.

So I am going to start working on either modifying or creating a new exporter so that my models will work; or wait NiNtoxinsomething (I'm sorry, I can never remember his name) to come out with a version that fixes whatever it is that is going wrong. This will likely take some time to complete, as Blizzard has again succeeded in making things as complicated as possible. They spared no expense, it seems, in making these complications not only possible, but almost guaranteed.

So in the meantime I am going to work on that, and will try to modify current working models to suit my needs until the exporter works as best I can.

As for the gameplay, as I believe I can do most of what I want, it will be fairly similar to Gears of War. Unless I get a C&D, in which case I am describing it as similar to Gears of War, but it will not be Gears of War at all (but really it would be kind of obvious where the origin of it is so I figure I might as well give them credit instead of making a half assed knock off story to accommodated) The game is designed to play more like an RPG, though. The design of the game is around a mostly open world. The players can go where they want and hold up somewhere if desired, but I am going to attempt to encourage movement through a series of side missions in survival mode. The story mode kind of requires you to move for the game to progress.

The mod is set in the Gears of War universe, however it does not tie in with the series' storyline.

The game is a third person shooter. Players can choose between survival mode and story mode. In survival mode, the game plays essentially like most other survival games, where there are waves that progressively increase in strength. However instead of waves, it will basically be mostly nonstop with timeout intervals. The difficulty will be based on how well the players are doing, and will be adjusted accordingly (i.e. the game will not be as hard if half the people leave. Likewise, it will be easy if a bunch of new players are in the game, and harder if everyone playing is good). Wretches will run around the city, and call for backup if they find you. There will be random side missions that players can complete for rewards, such as helping a group of NPC's get out of the area, or a unit of Gears looking for a downed King Raven.

I am hoping to figure out a way to make emergence holes work, and have a fairly good idea as to how, however haven't tested it. I have a somewhat working cover system, and the mantel system moves the object but then sometimes glitches and then it gets stuck. But the third person camera works alright and the WASD controls seem fairly effective. I haven't tried it in B.net yet, however from what I gather I will need to figure out a different control mechanism, such as mapping the controls to abilities, because there is an inherent delay of about a tenth of a second. There may be a way to reduce lag and delay (there was in Warcraft), so there may be a way to circumvent it (once again, way to go Blizzard).

I will have some videos of the WIP soon. I'm trying to smooth everything out a little more, as it all feels a little too blocky right now and I don't wanna show it.

The story mode revolves around the evacuation of the area in preparation of glassing the Locust. I have not completed the entire storyline yet, but I expect it to take around an hour to play through.

Love this mod ,please , dont give up!

i hope not dead?

Because of some issues I am having with the current x.m3 exporter (developed by NiNtoxicated01) it's taking a considerable amount more time to get the models working ingame. I'm encountering issues primarily with what appears to be flying vertices but I am not sure what is causing them. I'm going to keep trying with it for a little bit longer, however I may very well need to rewrite the scripts (in which case the project will, unfortunately, take even longer. However another exporter will come out of it).

I am considering making a petition to Blizzard to release the tools as they said they were going a long time ago, and simply because it would make everything go so much faster for me, as well as possibly thousands of other potential developers (and because of the fact they said they would, although I think by this point we've almost all realized that the majority of what Blizzard says is total ********). Once again they have proven themselves to be an exceptionally sad excuse for a company and have very little to show (none of which can really be regarded as 'impressive') considering the amount of time this has been under development. But, this is really not that unexpected as they aren't a very respectable studio. I think it's because they spend too much finding ways to take things like normal maps and model data, which work perfectly fine and I might say better than their's from my experience, and then they **** that up to make it confusing as **** to anyone who looks at it. From my perspective (and I think the other developers I work with in AED agree), it would have been more professional and shown better etiquette to just flip all of us off and have said "Have fun figuring it out this time bitches". Then proceed to take turns telling anyone that will listen to go **** themselves if they don't play WoW.

love the look of this, im definantly tracking this :)

The camera system is mostly working and I am finishing up with the COG model so I should have an ingame demo or at least some screenshots tonight or tomorrow.

Right on. I'm hoping to have a COG player model running ingame this weekend. I've been working on it all of today, which is a significant amount of unexpected time I gained from the campus being closed (I live in Portland, and it snowed today. Therefore, they threw gravel everywhere and school campuses are currently being evacuated apparently). I've been working a bit trying to get the animations to work right (I'm not used to animating for games, and Blizzard's games are always especially weird; I'm not even an artist anymore, I can't remember how to do things by hand). As there isn't much of an active, knowledgeable modding community for SCII yet, there isn't a lot for me to fall on for support. I'm considering making a few tutorials for people to help build the mod community and get people on a better standing faster (most of the tutorials I've seen flat out blow) with the editor, as in the few days I've played with it I've taught myself more than anyone else seemed to be able to online.

Anyway, thanks for the support.