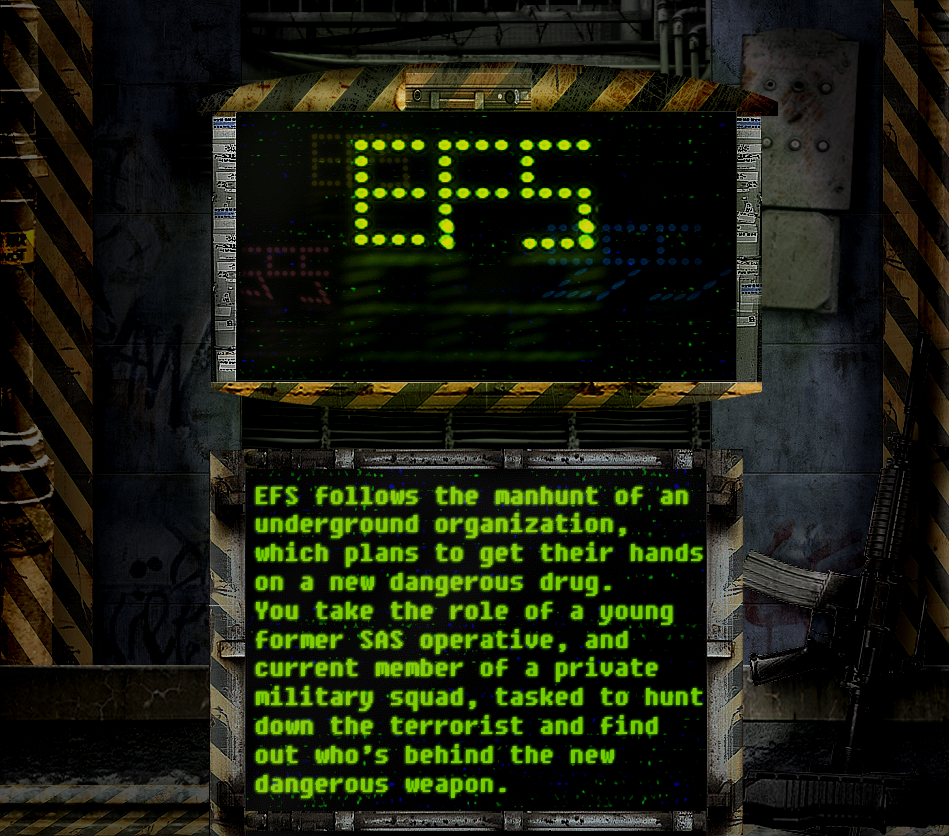 Delayment , but not dead !

Reason for the delayment are many different reasons like School,Real-Life and other many things.
As most of you know , the Cry of Fear developer's announced a custom campaign competition.
I decided to join it , and try to create a short campaign.I didn't showed any progress of my custom
campaign yet , but i will do it soon!The competition end's on the third of september.
After the competition ,i'am gonna start again to work on this mod.
For now i got most of the maps finished ,so only model's and animation's are left.
I got a little bit tricky into Blender , so i'am able to create the most myself.
The only thing which i'am kinda worried about is the engine.
Half-life Rebirth is a really good engine ,but it's also bugged as hell!
I was thinking about switching the engine AGAIN.To Paranoia one since it got's the most stuff
which i was trying to recreate.But im still not sure about it.

I wish everyone a nice day.

Finally News!!!! We wanted to say that EFS gonna use a new modifided Engine. The Rebirth Engine /Arrange Mode\ from SysOp ( Really Thanks) Now the Mod...

i want it now!

Any chance of A demo?

Just saying, the new layout is still wip and lacks information about the mod.
Still working on it.

Nope, im still working on it.
I will probably upload some screenshots soon since
there is alot of content to show.

Looks like this could come out to be something very Nice! keep up the good work.
EFS= *Evolution Force Squad* xD dont really know.

Even though this mod is on a small pause, i updated the mod with a small
update to show you guys that this mod isn't dead and is still being worked on.
Expect more soon!