Dynamic Campaign Generator (DCG) is a mod for the games "Men of War" and "Men of War: Vietnam" that randomly generates skirmish missions and lets you keep your surviving forces from one battle to another. 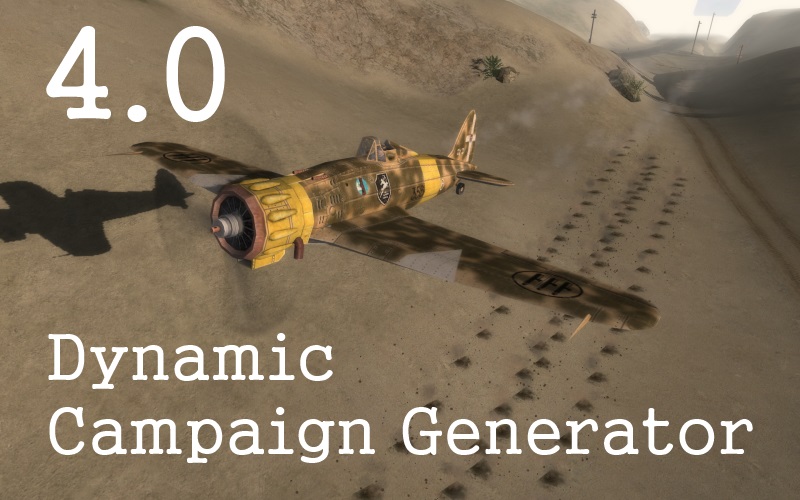 This page exists because Moddb does not let you reference multiple games from a single mod - you need to click on the link below to go to the main site to get the files. This site will not be updated regularly - if you want to follow this mod, please follow it on the main site.

All files are at this link: Main moddb site 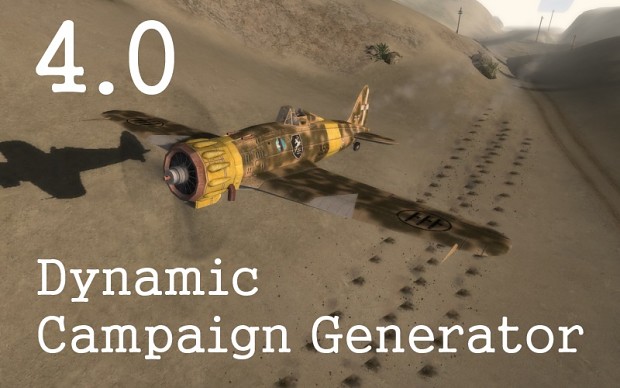 There are many new features in this version which you can read about in the changelog. However, the biggest change is the addition of a full fledged new nation to DCG, the Italians! The Italians have a full set of vehicles, cannons, and even aircraft which have been carefully modeled and textured from scratch by Zeke Wolff and Ngvede with great attention to detail. In addition, Zeke Wolff modelled and textured many Italian small arms and other pieces of infantry equipment. This is a massive accomplishment, since Zeke Wolff and Ngvede made these models all by themselves over a multi-year period and the project has actually made it to release. The Italian soldier models and speech come from the Men of War: Red Tide game with permission from Best Way.

This is a full release of DCG v4.0 for the Men of War: Vietnam game packaged as a single download.

This is a full release of DCG v3.5 for the Men of War: Vietnam game packaged as a single download - all packs are included in this release. Mirrors can...

To install, simply extract this file over the Full Release of DCG v3.0. This fixes a bug which subtracted points from the player after each battle. See...

This is a full release of DCG v3.0 for the Men of War: Vietnam game packaged as a single download.

ARVN needs vehicles, AT, and support

Why does South Vietnam only have infantry squads and off-map artillery? No APC's? No anti-tank? No special forces or armor or vehicles of any kind? Same with the Viet Cong, but that makes at least a little sense since they are guerillas. The ARVN is an organized army. The US and North Vietnamese have more extensive unit pools.

Finally got this to work in MOW:Vietnam. (windows 7 - Steam)
Step 1)Download the 2 or 3 things linked to in the install tutorial Moddb.com

(Step 2)
Create a folder titled "mods" (without the "") inside your men of war - vietnam folder in steam. Extract DCG_v4_0_Full_MenOfWarVietnam into this mods folder.

(Step 3)
Run Campaign.exe (I set it to run in adminstrator mode immediately, prob. not required), and in it's settings, look to choose pathways similar to this:

Save Folder: C:\Users\*you*\Documents\my games\ mow vietnam\profiles\player\save\*Whatever you want to save the campaign as*

Enter the game, and to start the first mission, go to the mods menu in options and enable campaign.

So I am missing this file: 'DCGenvironment.set'

Might be the result of some error screwing up the operation that was copying maps. How would I avoid this? Can I just copy and paste it somewhere to help it along?

Do we need all the extra microsoft kajiggers in order for this to work?

Yes, we do need all the microsoft components.

On AS there's the same - after reading the install tutorial it works fine
(https://www.moddb.com/mods/dynamic-campaign-generator-dcg-vietnam/tutorials/how-to-install-dcg)

for some reason when i download this mod for veitnam it doesnt come in a folder so it doesn't work for me, because i cant extract it.