The game that was meant to be. As the 2001 trailer showed us. Released. Check download sections, ladies!

Davox and Micky C have released a three-map episode for our mod!

As a testament to the greatness of our mod, two distinguished Duke3D usermappers (including a professional level designer) have come up with a fan episode. While this "DLC" episode was not commissioned and is not part of the official DNF (2013) "lore", we fully endorse it.

The new episode features three new maps, including one that recreates various bits from the 1998 DNF trailer, an extended bike ride map and, finally, an awesome re-interpretation of the Duke Dome you saw in DNF (2011). 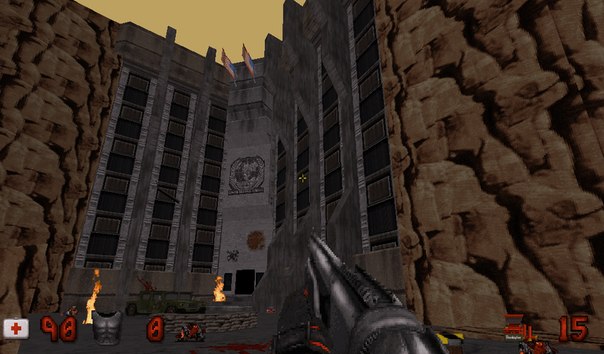 Note that you need the original DNF mod to run the DLC/mission pack. Simply toss the contents of DLC.zip into your DNF mod folder and run DLC.bat. 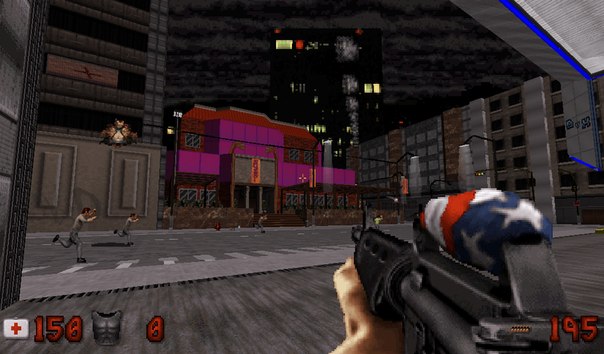 Where can I get that shotgun skin in the 2nd pic?

It comes with the DLC.

Good damn what a nice release!
Haven't played the main mod yet, but after my exams I will bet on duke :D

Just saying, keep 'em coming. Maybe you can add some good maps to a new release, as extra missons or something? Oh, and my motto: **** DLC, unless it's FREE :D!

It is free lol. And it contains 3 new missions.

excelent I love it ! good job !

I get a Village People poster blocking my view the whole time :/

mix this with dukeplus and this would be almost exactly like duke nukem forever back in 2001. ( if you dialed the graphics down by a fair bit that is )

If anyone wants to use the dlc shotgun in everything else you play, just make a file in notepad and after adding this change it to a .bat file:

Which one is the dlc? Community DLC? it's just a stripper club.