Doom Reborn is a total conversion mod for Doom3 of the original Doom Series. Our goal is to recreate the original Doom & Doom 2 in the Doom3 engine with new textures and new models of the original weapons and monsters with the maps redone and retextured. We also want to bring back the orignal doom hud but retextured and with a 3d model of doom guys head in the center (simlar to q3 & et). we will have a look a remaking the orignal music along with the sounds. I hope that you will enjoy the project as much as we will enjoy making it for you.

The Pictures In This Guide Will Be Setting The Resolution To 1920X1080 + 1280X720 After Following This Guide You Should Understand How To Set Any Resolution Examples 1366X768 4096X2160 3840X2160 5120X3200
(This guide will work for other idtech4 games\mods as long as you can still open the command console (To force open the console press left "ctrl" then left "alt" and then acute key "`" located next to "1" and under "esc" and above "tab" which is above "caps lock" but the console in Doom Reborn is force enabled when launched using the "DoomReborn.exe" so it should open but just pressing the acute key "`")

Open the console when the game loads to the main menu

type the following "r_customwidth 1920" and then press enter

After pressing enter, press "up" on the arrow keys to quickly display the previous command you typed so you can quickly change it as followed in the next images press enter at the end of each command typed

(ignore the error that the RebornConfig.cfg can't be created and carry on it'll work only if you randomly get it) 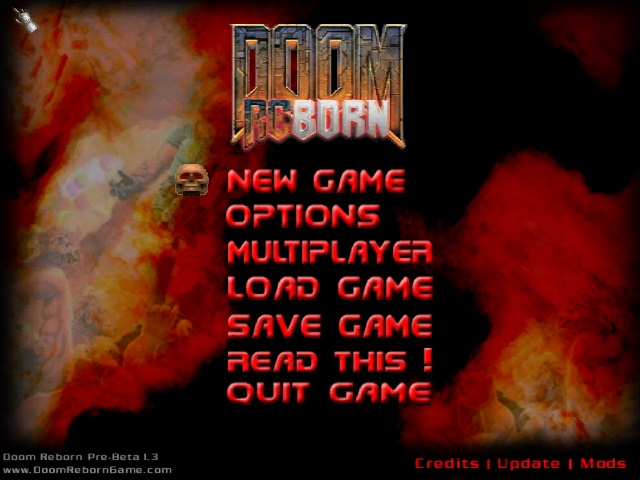 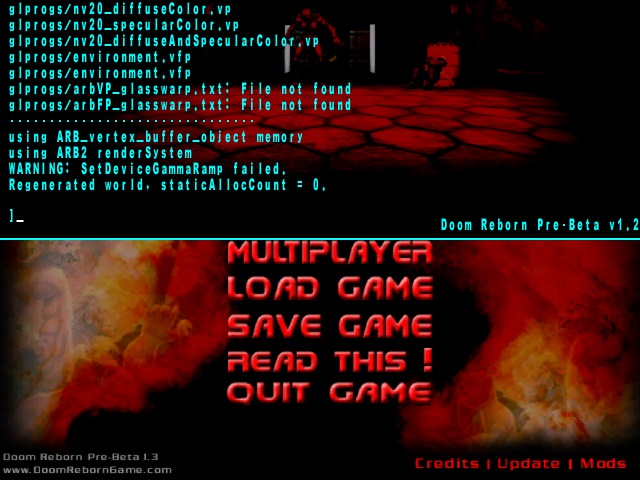 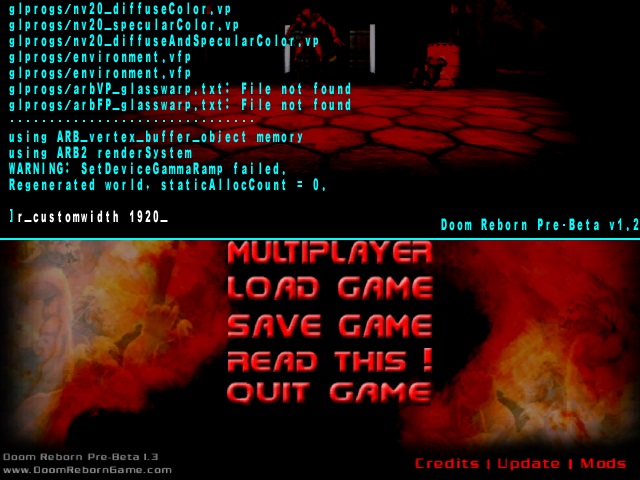 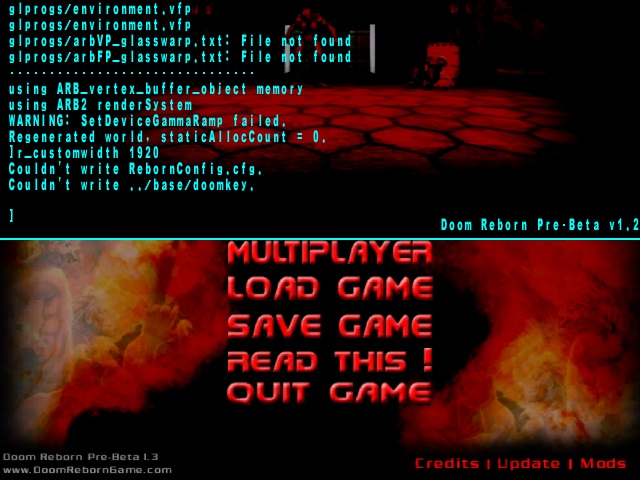 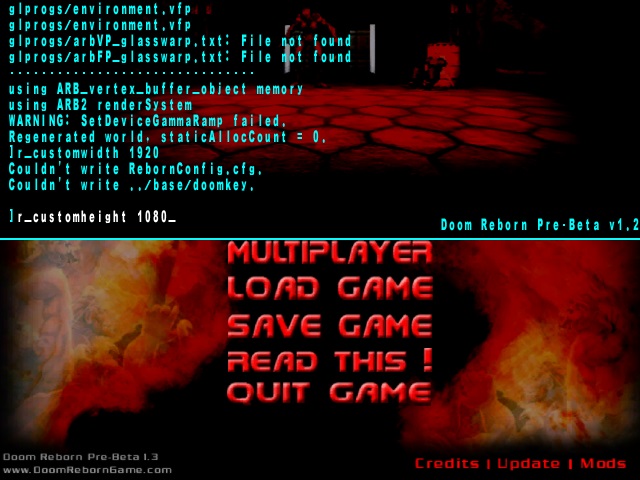 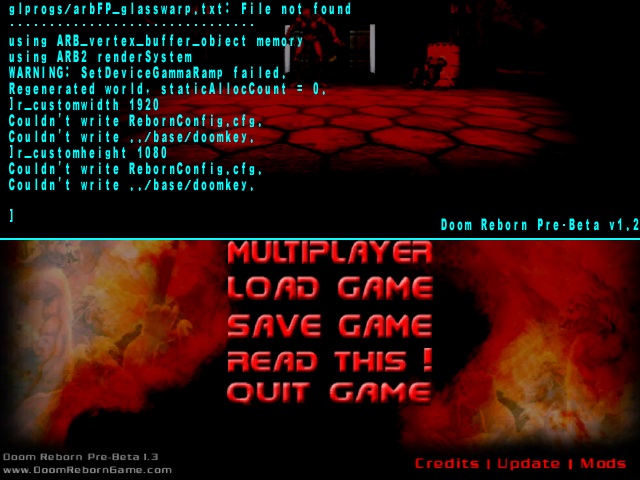 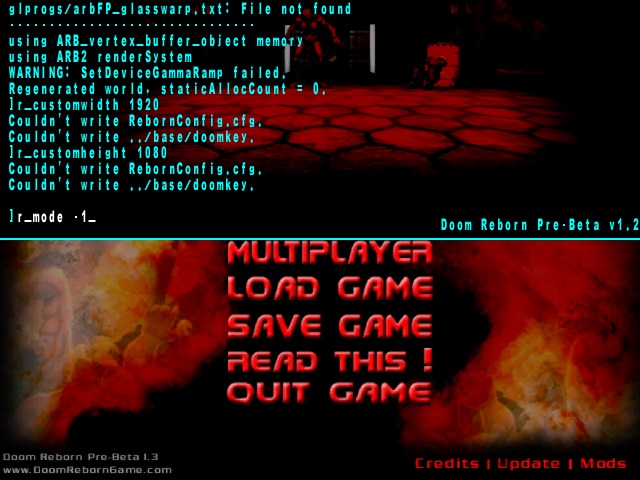 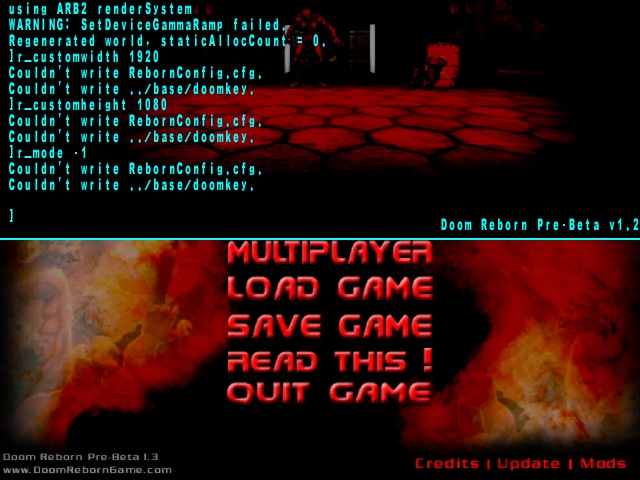 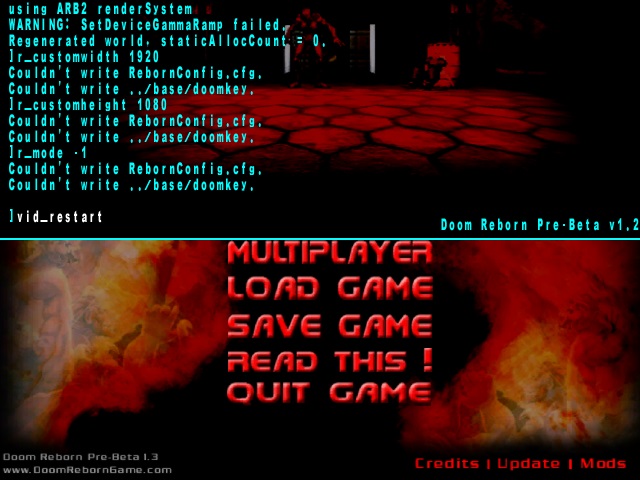 (Close The Console By Pressing Acute"`" And Enjoy) 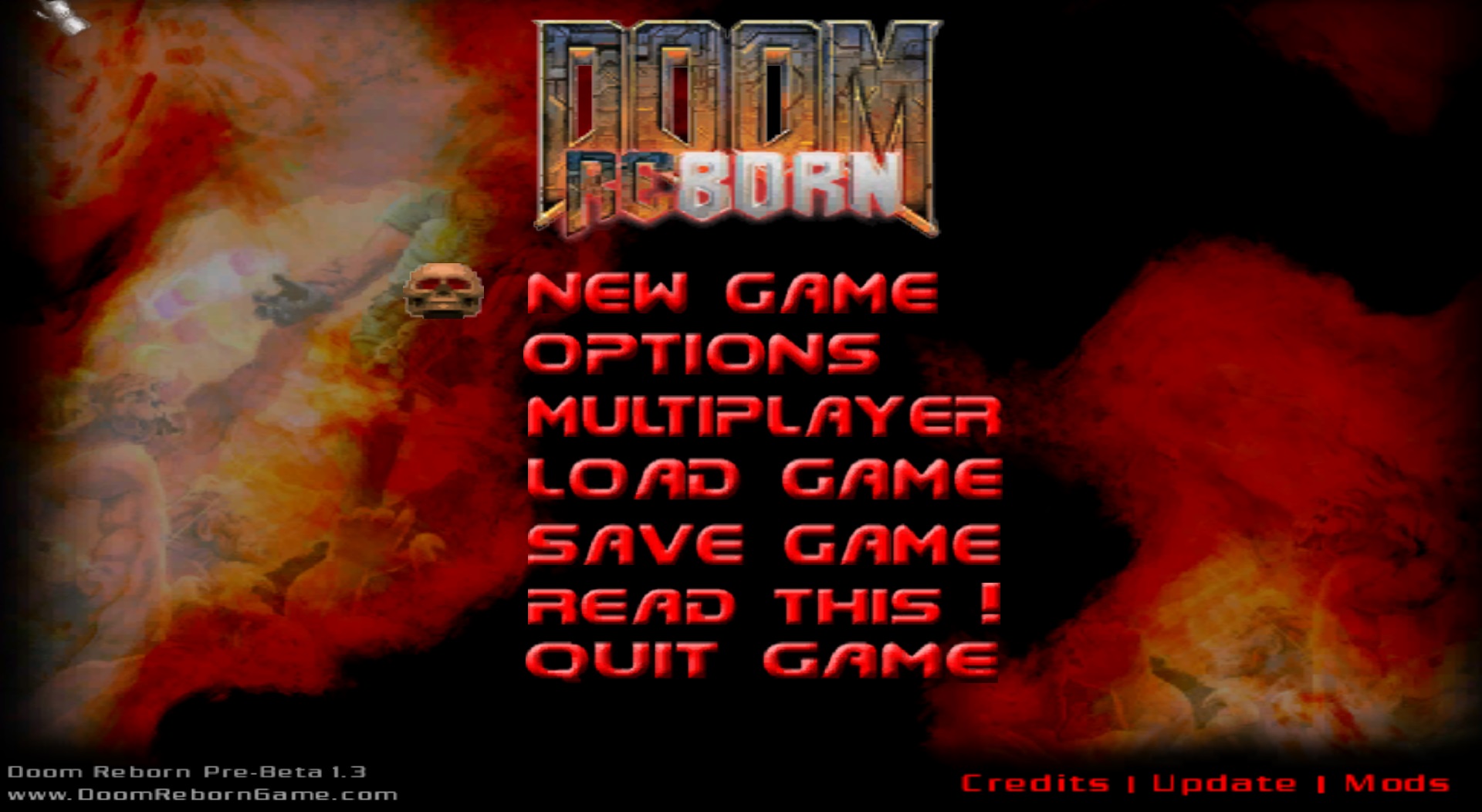