This mod builds on the existing total conversions of PlayStation DOOM and DOOM 64 for GZDoom, PSX DOOM TC and DOOM 64 Retribution, to take advantage of the latest GZDoom versions and add many features that make them more faithful but were impossible to implement at their time of release. To achieve this, a large amount of the code has been adapted from GEC Master Edition (also known as DZDoom), while looking at the reverse engineered code and existing source ports of these games for reference.

In addition to that, the mod also contains many optional "enhancements" that deviate from the original experience. Depending on your taste you can opt for going as close to vanilla as possible, or experiment and play with upscaled textures, PBR materials, flashy particle effects and other features that are common in other GZDoom "enhacement" mods.

Since it runs on the latest GZDoom, that means that it is compatible with other mods, though they have not been fully tested.

They can be selected by going into the Features Menu and choosing Choose Defaults Preset. It is recommended to choose one before you start a new game.

Lite is just the base mod and brightmaps for those who don't want any additional features other than those built inside the mod.

Full is a massive >1.5GB download because it bundles several addon pk3s that get automatically loaded when starting the mod. Each can be safely deleted or moved to a different folder to skip auto-loading them if you prefer not using it.

Some addons are not loaded automatically but provide extra faithfulness features. To load them, drag and drop the pk3 files into the exe or use the command line. They are compatible with both PSX DOOM and DOOM 64:

I am not associated with any of the authors of the Total Conversions or any other mod included in this package. All credit belongs to them! If you enjoy a specific feature, make sure to try out their individual, separate mods.

While special care has been taken to be respectful to the originals, this mod does not aim for total accuracy. For that, please check out source ports such as PsyDoom or the official DOOM 64 remaster.

Best DOOM yet!
- Someone on the Internet

A selection of 20 maps made by the community from 2012 to 2020 has been added as part of the Rumble Pak, a new addon level set for DOOM 64 CE. Over half of the maps were previously released as part of a project called Community Chest 64, while the rest were standalone releases. 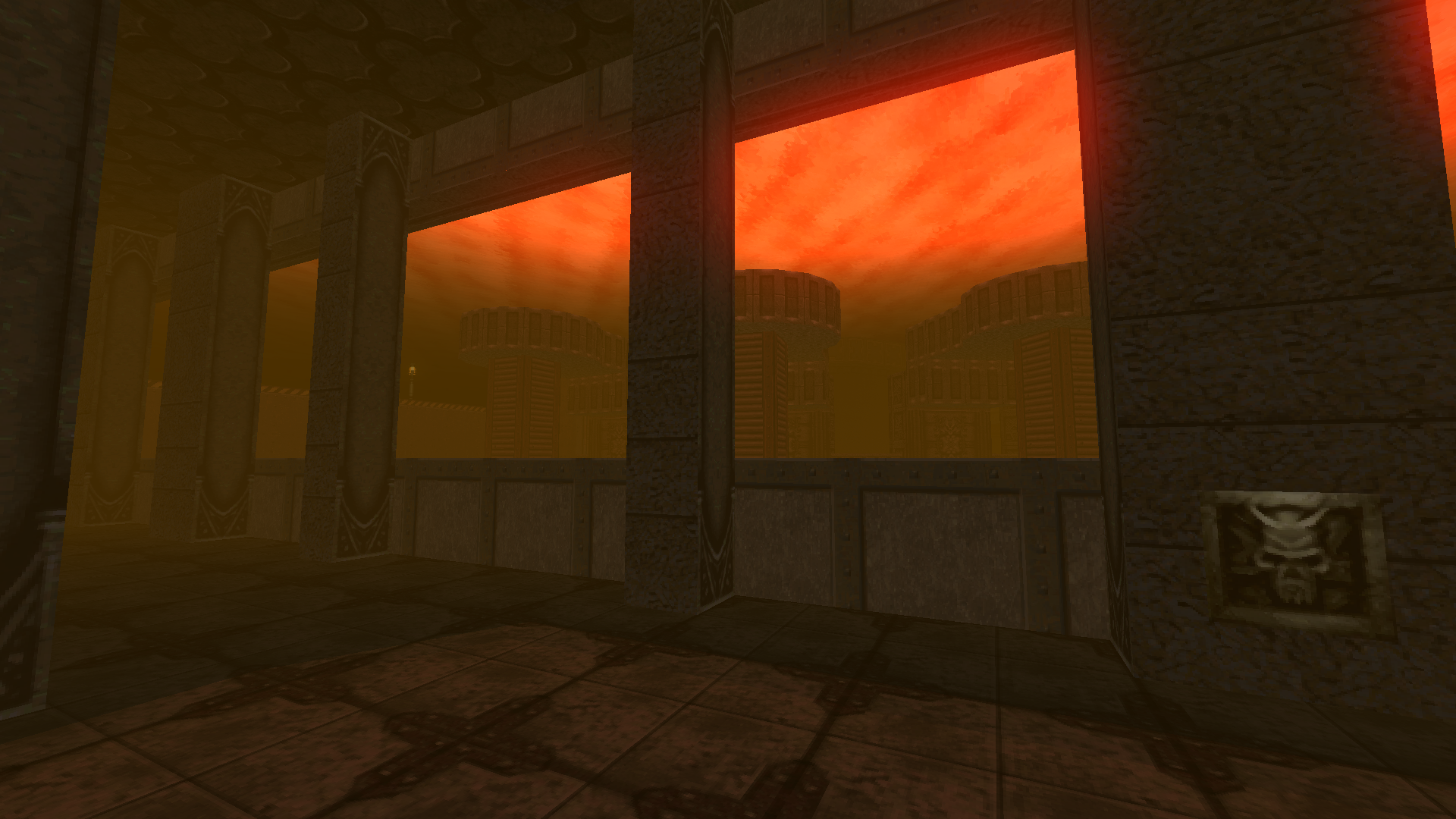 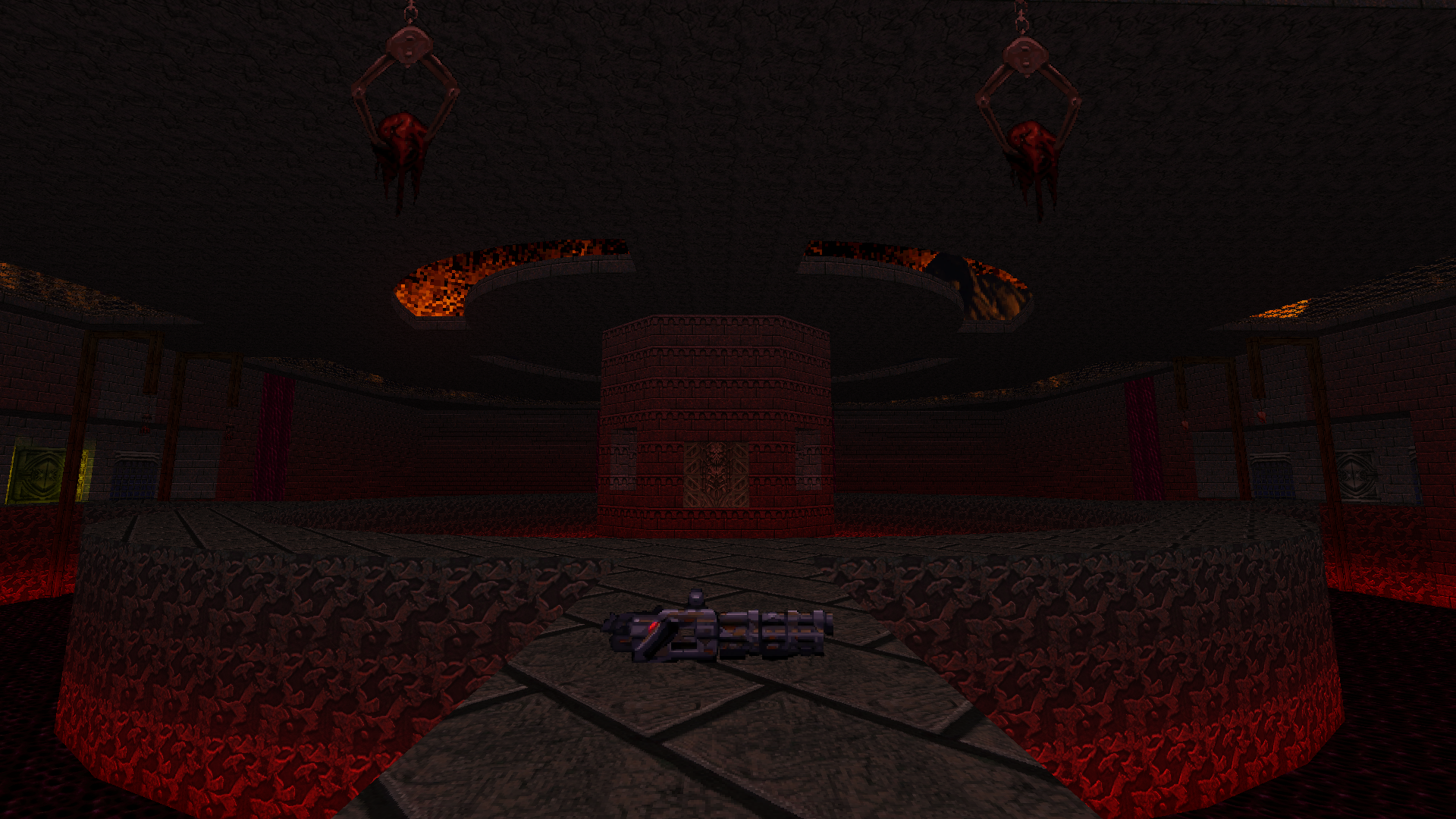 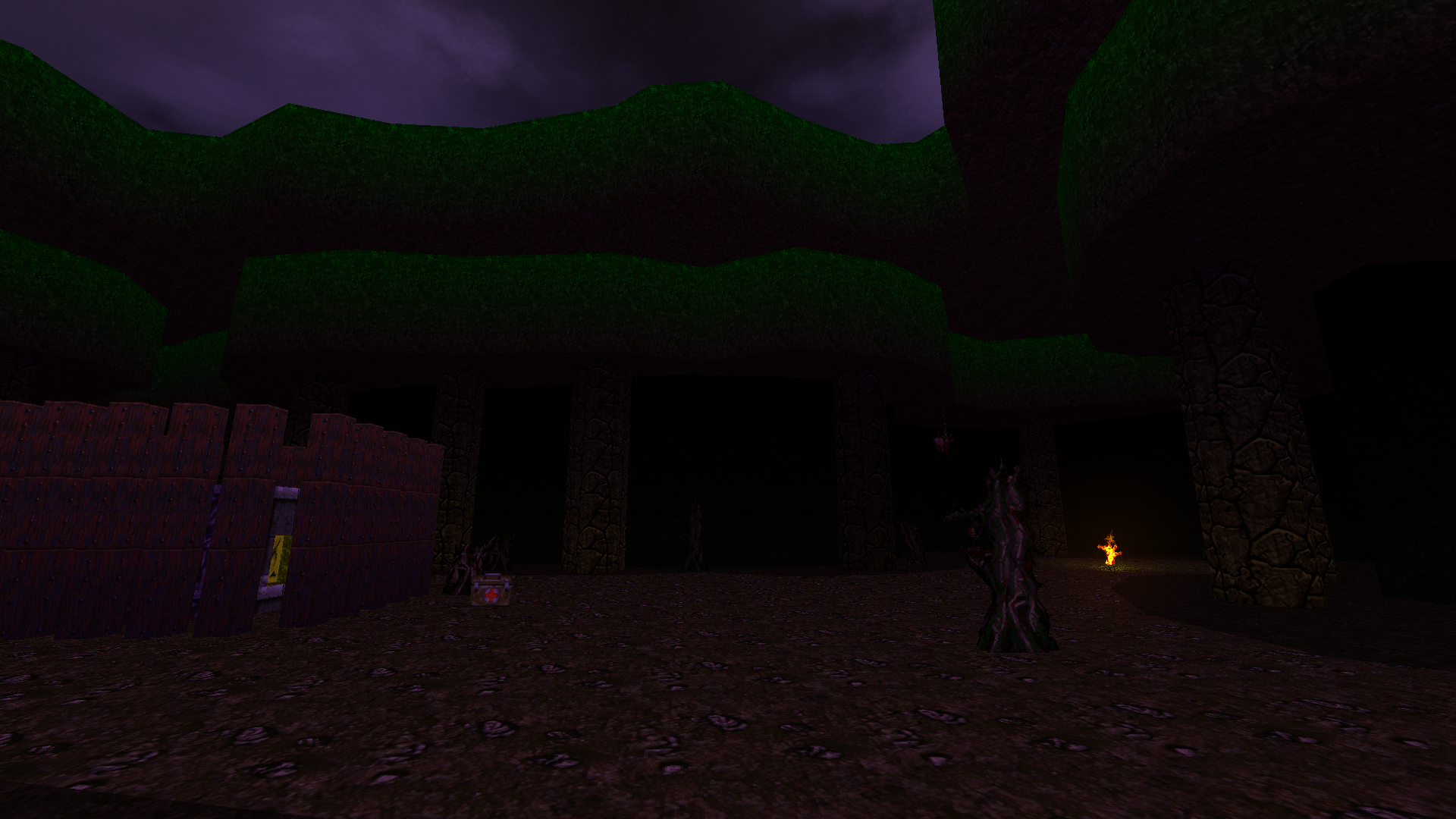 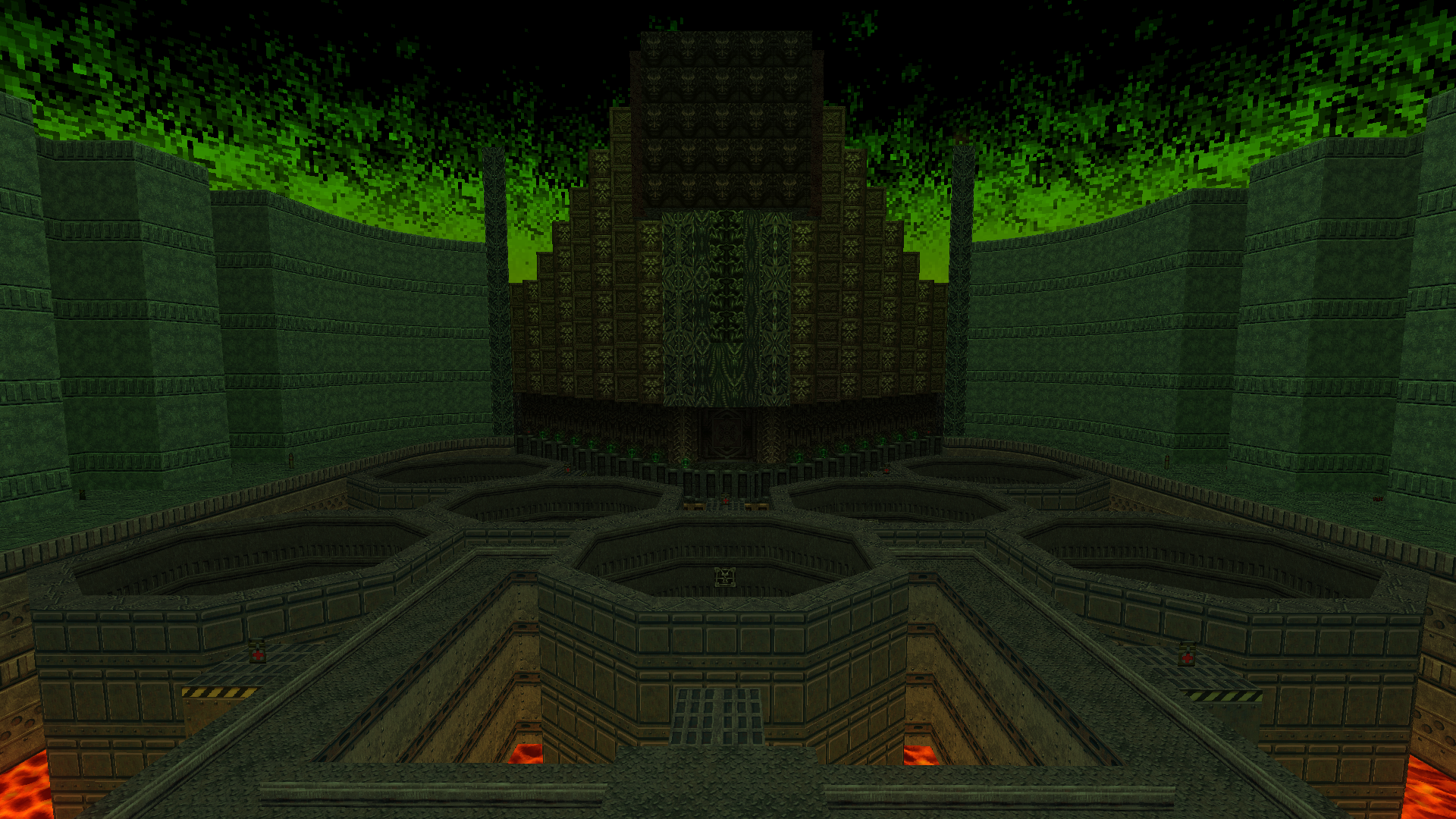 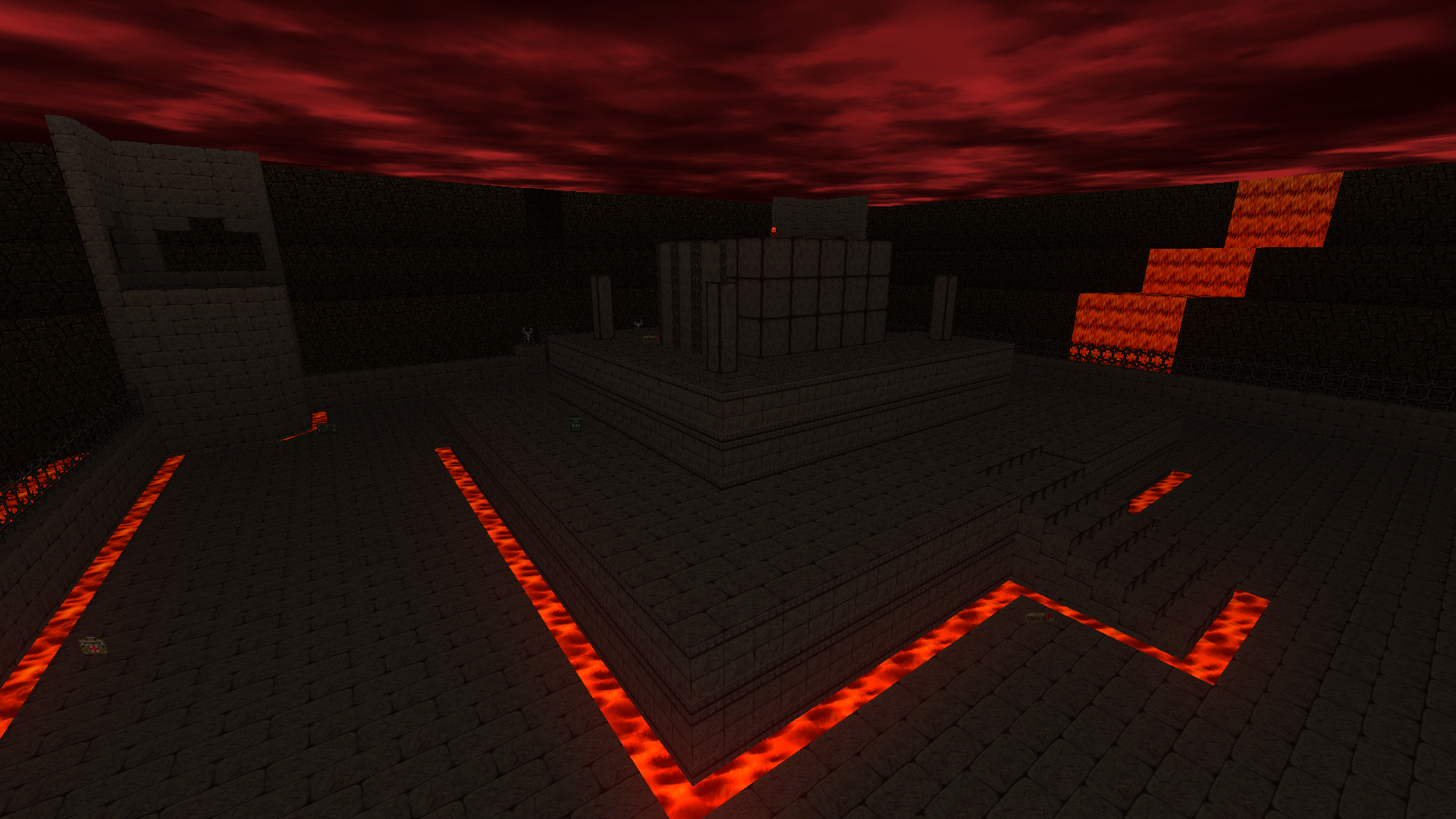 This release should be much more compatible with other mods. It's been tested with mods such as Project Brutality, QC:DE, Death Foretold, Embers of Armageddon, Guncaster, Trailblazer, GMOTA, Russian Overkill, Complex Doom, Legendoom Lite, Pandemonia, and many others and they appear to be working fine (NOTE: Support is more limited in Doom 64 because some mods depend on Doom 2 textures and Doom 2's default player height). 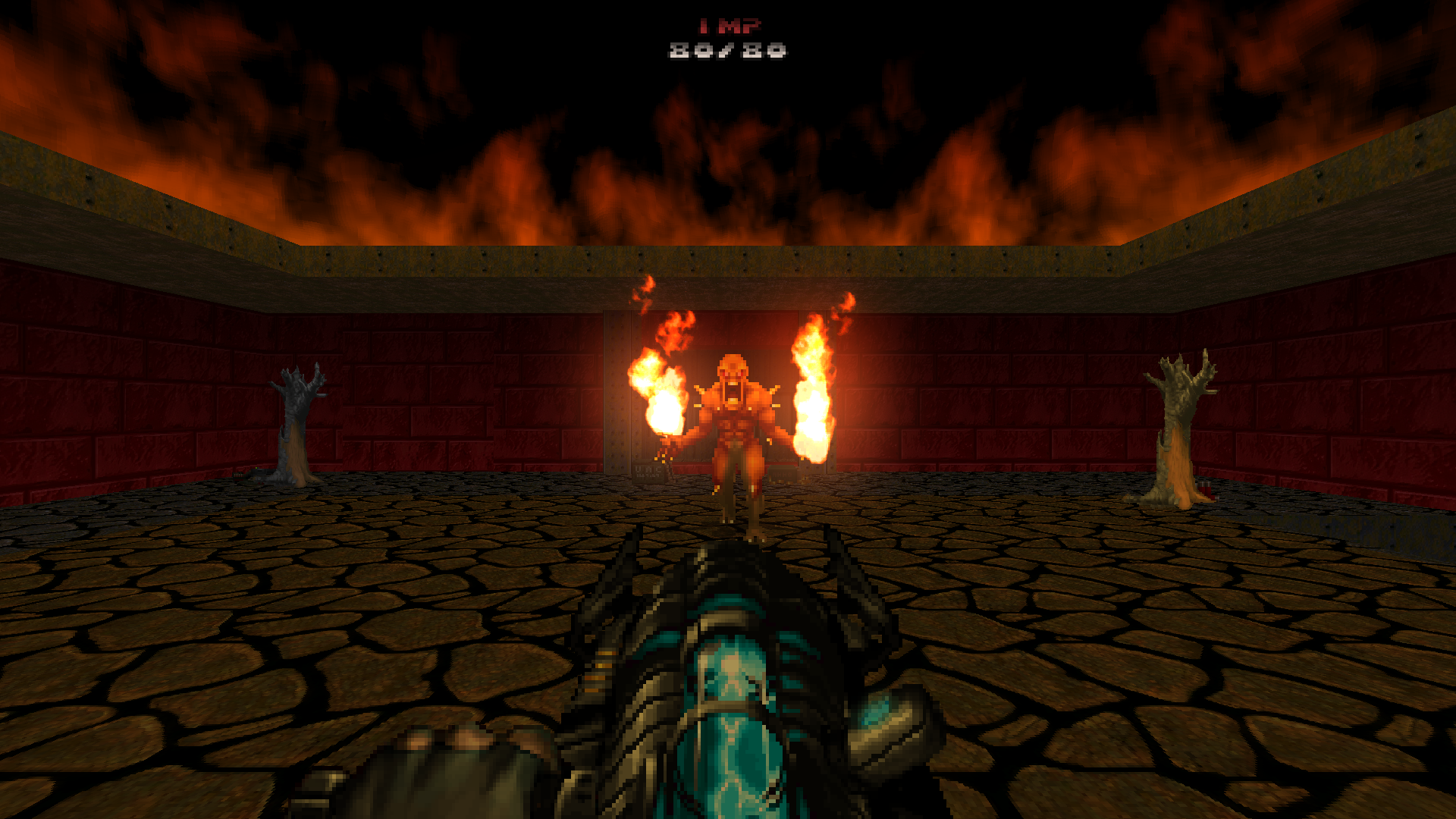 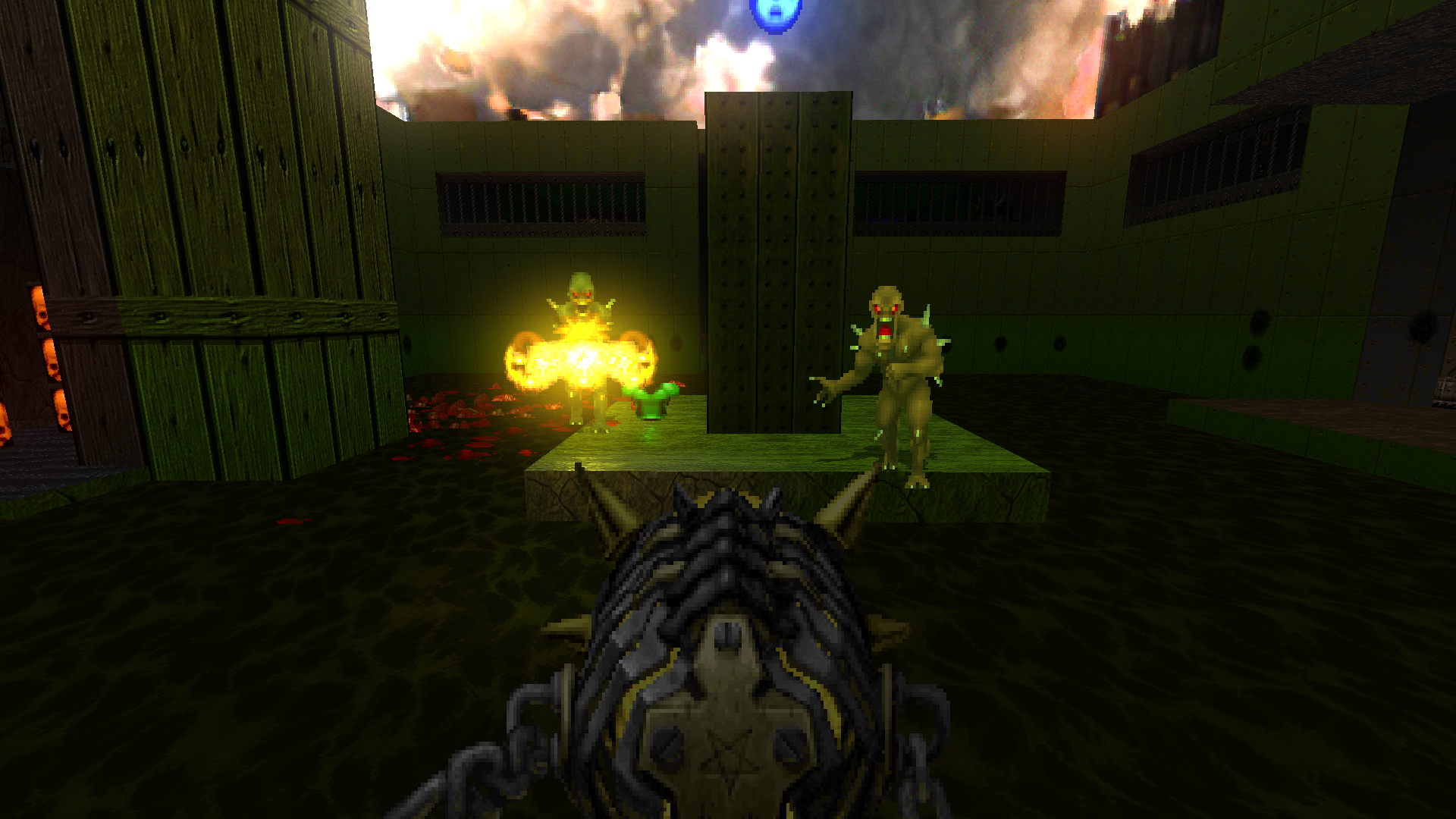 Corruption Cards (3.4+) deserves a special mention because this mod now has built-in support for it. Story text maps will skip the card selection dialog, and monsters exclusive to the PSX and D64 were included as monster groups. It adds tremendous replay value to these campaigns, so it strongly recommended if you are planning on playing them again and want to spice up the gameplay a little. 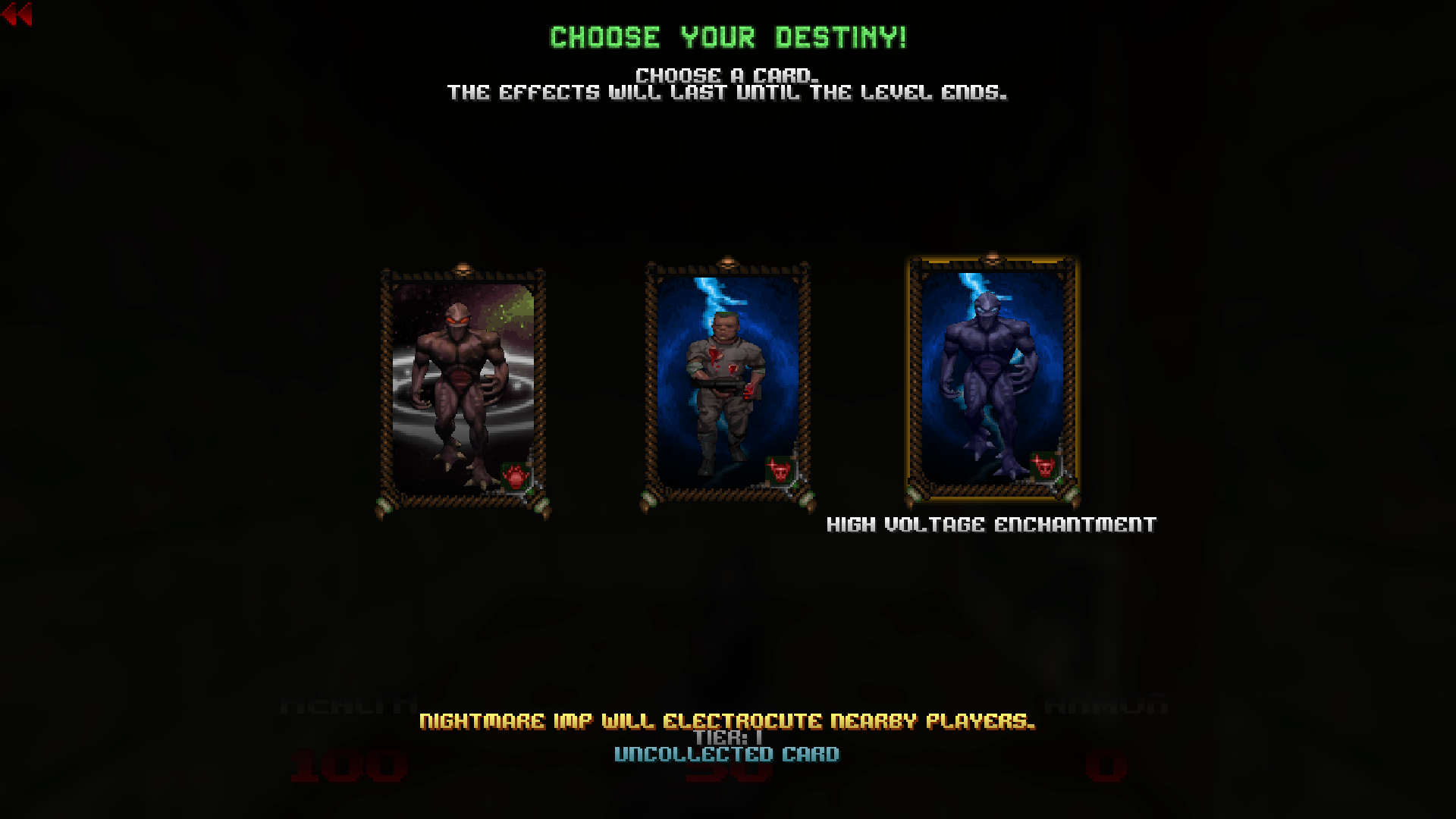 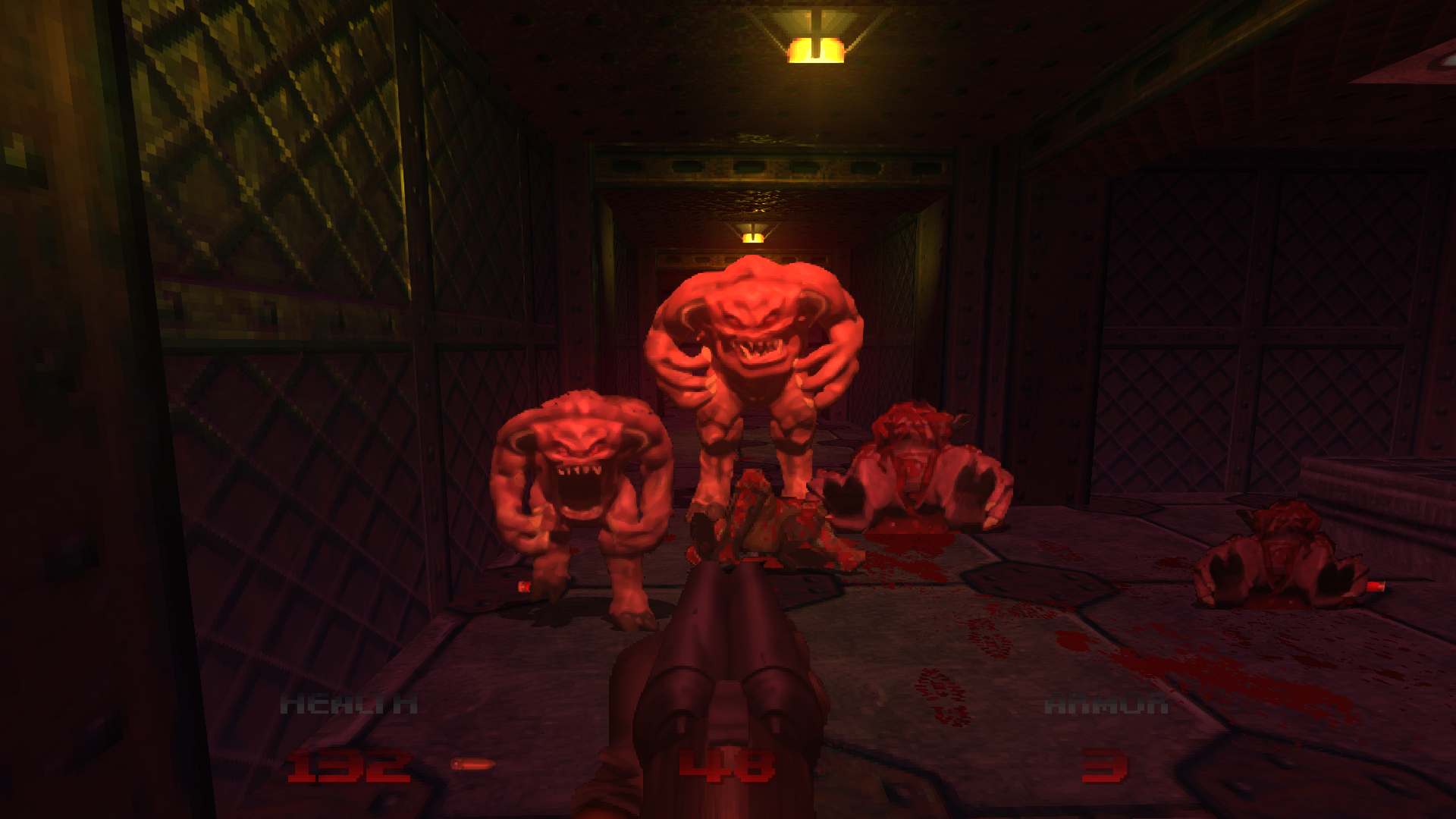 This release also includes sprites and AI for missing monsters in Doom 64 such as the Revenant and Spider Mastermind, so mods that require them are now compatible. All Doom 2 things have replacement counterparts now. 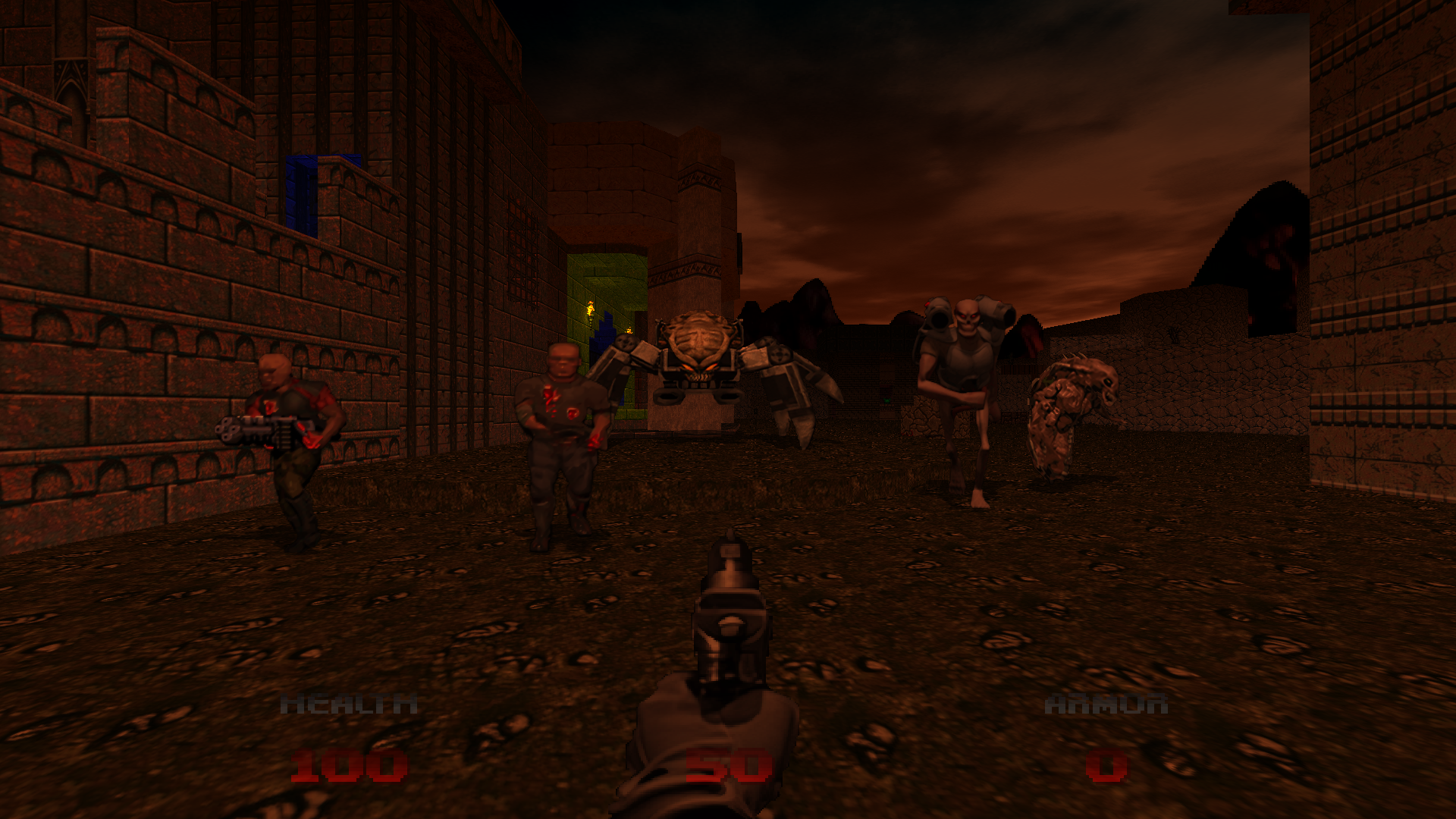 Because of various internal changes on the mod, any map packs from this page's addon section needs to be redownloaded to use their latest version. For DOOM 64, it is necessary to delete DOOM64.IWAD and DOOM64.CE.LostLevels.pk3 and run the installer again. After upgrading, it is safe to delete the files named *.Base.pk3, since they are no longer used in this version.

DOOM CE 2.1.0 has been released including a port The UnMaking DOOM 64 megawad, better and more faithful gradient color brightness, and lots of bug fixes.

Beta64 campaign released, and a spotlight of new map sets

Completed the main campaigns? New map sets are available in the Addons tab.

Featuring a video montage, installation instructions and a sneak peek of an upcoming map pack.

Sorry for being a bother again, but Doom 64 currently can't be patched for this mod. It recently got a minor update, and it breaks the patcher.

The latest update to doom64.wad was on February, which the installer already recognizes. Perhaps you made an change to the wad without realizing, try verifying the integrity of your local files through Steam.

Already did. Even did a complete reinstal. Nada.

Steamdb.info
For confirmation, last update was 4 days ago. Not February.

The wad hasn't changed since February. The checksums are still the same, and the installer still works on my end.

Just to be sure of what version you have, please run this command in Powershell (cd to your doom 64 install dir first) and paste the result here:

MDh Hash checks out after all, but I stil get the same error message no matter what I do.

What error gets printed when you run the installer?

Check that you still have the 'patcher' folder that came with the mod. It's happened before that someone deleted it and couldn't run the installer.

Another thing you could try is to copy the doom64.wad to the same location as the installer.

I feel like an utter numpty, and I'm incredibly sorry for wasting your time.
I'll have to figure out why the music sound so bad, but maybe it's because I don't have the remastered soundtrack module installed currently.

If the music sounds bad without the extended soundtrack, you may be missing the sf2 files included in the 'soundfonts' folder too.

Yeah, figures I missed copying something. Thanks again for all your help, through this I might find the Lost Levels playable.

So, instead of my previous comment, does the Lost Levels addon replace any of the PSX exclusive maps?

it doesn't, it will only add the missing levels into the Doom, Doom 2, TNT and Plutonia episodes.

Cheers. Now I better hope I can find back the map Fear in this version :p