Welcome to Dogs of War, a singleplayer-focused modification for the PC game Battlefield 2 (A.K.A. BF2). The focus of this modification is to rework DICE's original game into a fast-paced, singleplayer-only game with completely new sounds, effects, and textures, as well as many new weapons and vehicles. You'll also experience fast-paced gameplay on foot against bots, with guns blazing all around. Decimate your computer-controlled enemies with a F-14 Tomcat or pick them off with an AS-50. The newest version of Dogs of War in development (yet to be released) will feature tons of new content, such as the deadly Russian SKS and FN-FAL, the formidable M48 and T-55 tanks, and much more. All with top-knotch animations, sounds, and effects.

The first version of DoW had a shortage of new land vehicles. While it still kind of does, there are several that I've gotten permission to include in Dogs of War.

Because the M6 was given more of an anti-vehicle roll since it wasn't very good at taking out aircraft, the US/EU were left with out an anti aircraft vehicle. Which is why I've gotten the M163 from the USI mod. 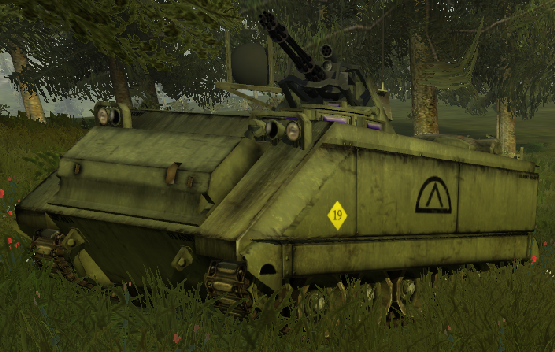 The shilka, ever since seeing it first in the Desert Combat mod for BF1942 I've fallen in love with it. It replaces the Tunguska as the MEC and Rebels Anti aircraft-and-almost-everything-else vehicle. From the USI mod. 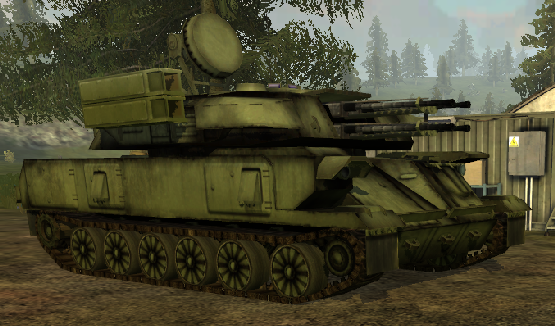 With the inclusion of a rebel faction, I needed some more vehicles that would be more appropriate for a 3rd world dirt poor peasant militia of sorts. I chose the T62 as their main tank because it's likely they are everywhere, and readily available to be captured. From the USI mod.

Also for the rebel team, the T55. An old tank which is outclassed by probably everything else by now, so it fills the new "light" tank class. From the IDF:FFI mod.

The m48 Patton. It's an old relic that has had lots of time to find it's way all over the world. A good addition to the mod to help fill out the "light" tank class. From the IDF:FFI mod. 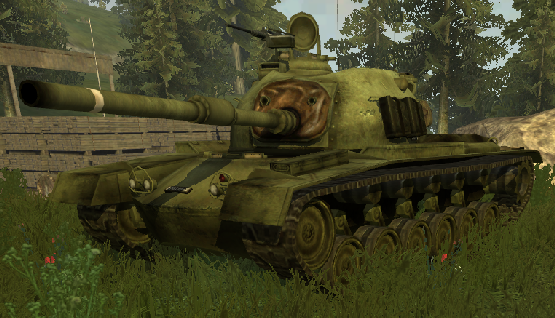 The last new vehicle I have to show, is likely the most deadly one. The mighty IS3. Like the M48, it's old and has had plenty of time to get around. But unlike the M48, it has a very large cannon and is well armored, making it perfect for a new "heavy" tank class. From the IDF:FFI mod.

A S&W500 to slaughter bots with

The newest weapon to be added into the mod, is the S&W500. Able to put an enemy down with 1 hit to anything but the arms or legs, it is very much...

For some reason I felt compelled to try and replace nearly all the textures for static objects. This is what I've got so far after about 3 days of work.

The second version of the Dogs of War mod. What is new in this version is - Revised some effects and sounds. Edited most of the textures for static objects...

After a long wait, and an even longer time making this mod, I am happy to say that V1.0 is finally released! So, what can you expect to find in this mod?...

game crash when clicking on single player i download it from bfsp forum
version is 1.5

Awesome mod guys! Love it and would love it even more if you released a new version! :D

Whats the music at the game menu?

Unlimited ammunition makes this mod my favorite mod for BF2.
Well, I think the worse part is in TDM. THE ENEMY SPAWNS WHERE I SPAWN!!!!!!!!

My version of bf2 is v1.4. But when I set to high texture settings( because I wanted the iron sight for browning and chine heavy mg to get better.),It crashes. Can anyone please tell how to fix this or give a hotfix?

I'm stoked to check this out. Downloading now.

So here I am, checking out what's still alive and what isn't.

I swear I'm not computer illiterate!

Click community, then costum games. There it will tell the version for bf2.

EDIT: I just finished downloading. Hooray for a readme.txt!