Preview of the Lugii, a new playable faction in DeI v0.95 that has been completly overhauled.

The Lugii were a large tribal confederation mentioned by Roman authors living in ca. 100BC BC–300 AD in Central Europe, north of the Sudetes mountains in the basin of upper Oder and Vistula rivers, covering most of modern south and middle Poland (regions of Silesia, Greater Poland, Mazovia and Little Poland). Most archaeologists identify the Lugians with the Przeworsk culture. While possibly Celtic-influenced in early Roman times, the Lugii were regarded as Germanic by the end of the 1st century. They played an important role on the middle part of the Amber Road from Sambia at the Baltic Sea to the provinces of Roman Empire: Pannonia, Noricum and Raetia.

Between the 4th century BC and early 1st century AD, the Mediterranean world viewed greater Germania as divided amidst five seperate races. Although the form and human face of each region was similar and overlapped one to another, all differed somewhat in tradition, law, and tongue. In the south along the upper reaches of the Elbe, Rhine, and Danube were the Volcae Celts, whom the Romans called the Istriaones. This name came from the Goddess and the mighty river the Greeks called Istros. Their principle tribes were the Ubii, Tectosages, and Boii. Along the lower Rhine, coast of the Wadden Sea, and Cimbri Peninsula were the Ingaeuones. Its claimed they sired the mighty Belgae, a people that would one day come to hold much of Gaul and the Isle of Britain. Then from where the North-winds blow there is a mysterious place of unknown size and shape. They say in this land of cold and shadow dwell the Gautes, a race of tall and vigorous men. To the east were the Irminones, of which its said the Semnones were indeed an ancient tribe who lead the fearsome Swaboz. Nonetheless, still further east are the Wenetai, who extend far into the lands of Sauromatae. Here there are so many nations, with the Lugiones in the west, the Æstai to the north, as well as the Bastarnae and Sciri in the east. Each tribe was numerous, renowned for bravery, and as is their custom watch over the southward flow of amber, furs, and slaves as wine, weapons, and silver trickles north.

Indeed, the Lugiones were unaccustomed to obligation or discipline, and altogether disinclined and opposed to bring about a common will. To this end their rulers, as well as the common man, nurtured violence to produce a huge collection of savage humanity seemingly unable to be united by a single cause for any span of time. This inhibition was only magnified by the few roads and the enormity of their domain, together with the length, breath, and depth of their forests, swamps, and waterways. Yet it was in this manner and by these means that with great success the Lugiones resisted the aggressive and persistent advances of the Celts, Sauromatae, and later the Romans. Offered as friend or foe, each in turn represented a direr challenge to the continued independence of their tribes, and thereby the personal freedom of all. Once well versed in communal songs their story now remains largely shrouded in shadow, and all but dimly lit by the written-word of more literate nations. Still, with the fullness of time, great patience, and the proper leadership sudden chance may intervene, and prove the right person can indeed unit the Lugii people for more than a moment. Yet its often said whichever way the tides of fate are turned, fickled fortune and the Gods help only those who help themselves.

The Lugii are first mentioned in Strabo's Geographica. In chapter 43 of Germania, Tacitus turned to the Lugii tribes, of whom he saw as distinct from the Istaevones, Ingaevones, and Ierminones. He began this discussion by using Greek forms of the confederation name itself. These included the Harios, Helveconas, Manimos, Helisios, Naharvalos, and Lugio. It seems throughout Germania, Tacitus used a mix of Latin, Celtic, and Greek suffixes depending on his familiarity with the subject or source. In this case the use of Greek and the brevity of the discussion suggest he had no directly knowledge and may have been using a text Greek. He states that beyond the continuous mountains as one 'drives on,’ which means 'continues;' a phrase suggesting a purposeful movement along a well established route. Thus, in this case Tacitus may have used a Greek itinerary that outlined one or both of the two major amber roads that crossed the Moravian-Silesian Beskids and Carpathian mountains into the central Polish uplands.

Based on a western Baltic affiliation, the Lugiones are viewed as an important element of the Vistulic Veneti, which we have reconstructed as the Wenetai. However, given the need to be more specific one must also address the political aspect of the Lugii confederation, which we render simply as the Lugiones. Our primary sources for the Wenetai, include Book 4 of Pliny the Elder’s Natural History, Chapter 46 of Tactius’ Germania, Book 3 of Ptolemy’s Geography, the 4th century Peutinger Map, and Jordanes’ Getica. In contrast our knowledge of the tribes that compose the Lugiones confederation is limited to Tactius’ Germania, Book 2 of Ptolemy’s Geography, and Jordanes’ Getica.

Due to extensive archaeological survey and excavation the proto-history of the Luguwa province is relatively well understood. The historical stage opens with the 7th century BC Lusatian Culture, which was influenced by the late Hallstatt Culture and characterized by large fortified settlements and extensive cremation cemeteries. In the 6th century this region was also repeatedly attacked by Scythian nomads that targeted the Lusatian settlements and may have contributed to the collapse of this culture around 500 BC. Thereafter attacks by eastern nomads stopped and the vacuum was quickly filled by the southern expansion of the Pomeranian Culture. In chapter 43 of Germania, Tacitus tells us that later the tribes that occupied much of modern Poland shared the name Lugiones (Lugii). As individuals they include the Helveconas, Manimos, Kelisios, Harios, and Nahanarvali; of the latter two, the renowned Roman historian proved slightly more detail. The Harios, or Karios, were accomplished and much feared night-fighters while the Nahanarvali were connected to the Baltic Aswiniai cult and holy grove sites called Alkas. Archaeologically, these tribes were initially represented by the late Pomeranian and, after the mid 3rd century BC, the early Przeworsk cultures. Both constructs can be characterized as pastorally based tribal societies, with the populous residing in small scattered farmsteads and hamlets. They preferred not to have established capitals and in no way used stone, timber, ditch, or mound to enhance the defense of their settlements.

In this order, their most important pursuits were tied to war and the maintenance of their cattle herds, the chief reasons they frequently changed the locations of their settlements. As for war the sources that generally speak of the peoples of greater Germania we lean that the Lugiones did not trust man-made walls. Rather, they relied on the warriors of the common levy who were made ready for war by the very nature of their rustic society and daily environmental challenges. It was claimed they possessed an unmatched ferocity in battle and often with a single-mind were imperious to hardship or reversal. From the texts and excavated warriors burials of this period, we learn that the common levy was simply armed with a spear, javelins, and shield. However, burials of far better armed warriors have been found, including well-made swords, spears, helmets, shields, and body armor of Celtic design; these internments no doubt represent members of the war-leader’s retinue. Arms recovered from 1st century BC warrior burials also demonstrate a wider range of weapons and indicate that troops were being organized around and trained in the use of specific weapon sets.

Although the Przeworsk Culture continued until the 4th century AD, by the beginning of the current era it experienced significant change, losing much of its West Baltic character by the mid 1st century AD. This process seems to be linked to the collapse of the La Tene Culture and the Swabian's rise to power. Some suggest that the rejuvenated Swabians and newly constituted Vandalic tribes were buoyed by a steady flow of people from northern Scandinavia, yet this goes beyond the scope of our study. It may be suffice to say that as small migrating groups gathered, they coalesced with native populations to form new polities, which soon proved extremely aggressive. Nearing the end of the 1st century BC the Swabian confederation expanded to encompass most of modern Germany east of the Rhine and Bohemia. The Lugiones countered this by allying with the Swabians of Bohemia against those of the Elbe region. However, within a few decades Vandalic tribes had gained control of Pomerania, and through a process that included open warfare, direct migration, infiltration, and acculturation were actively reducing the authority of the Lugiones polity.

You can find the full preview here: 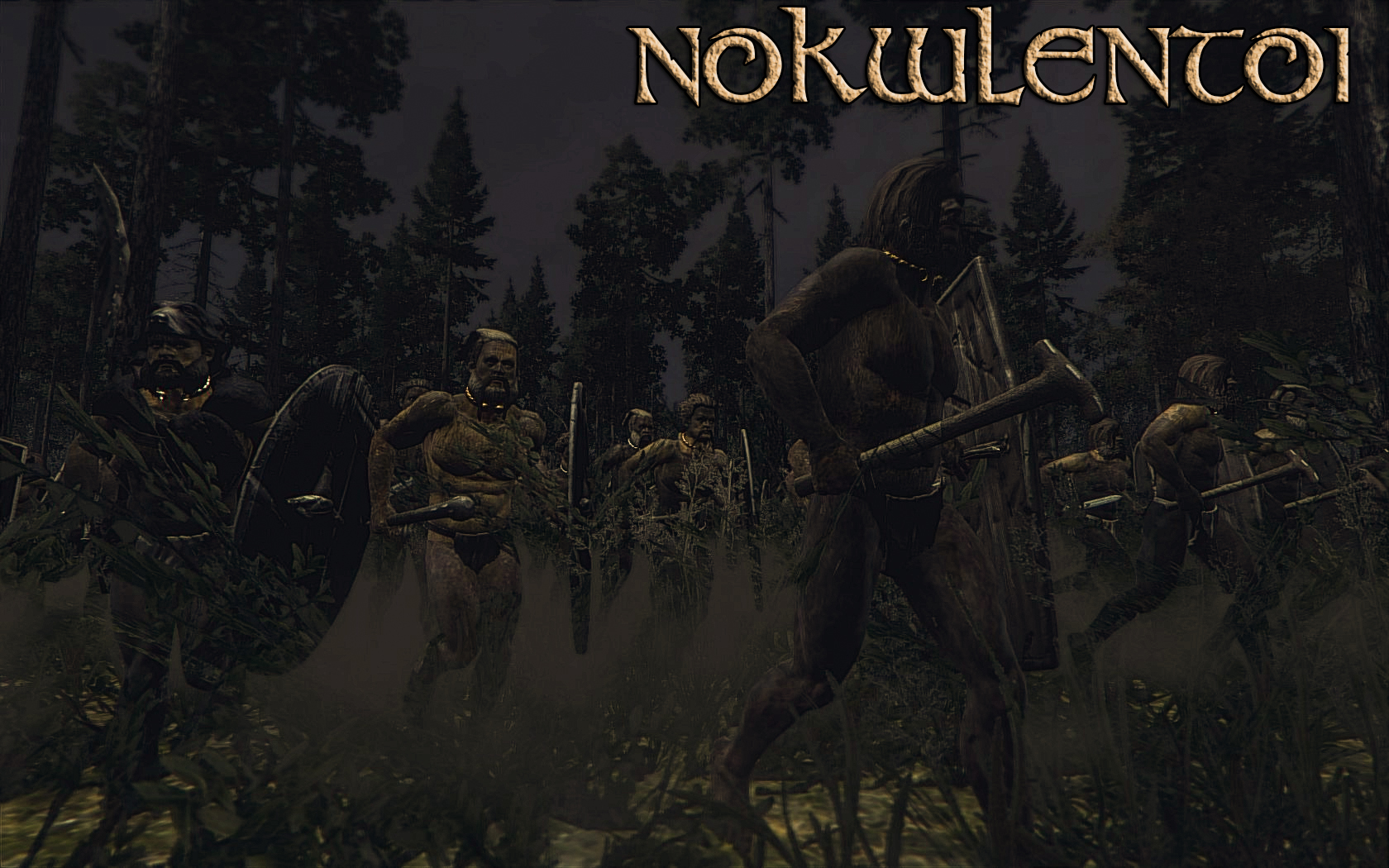 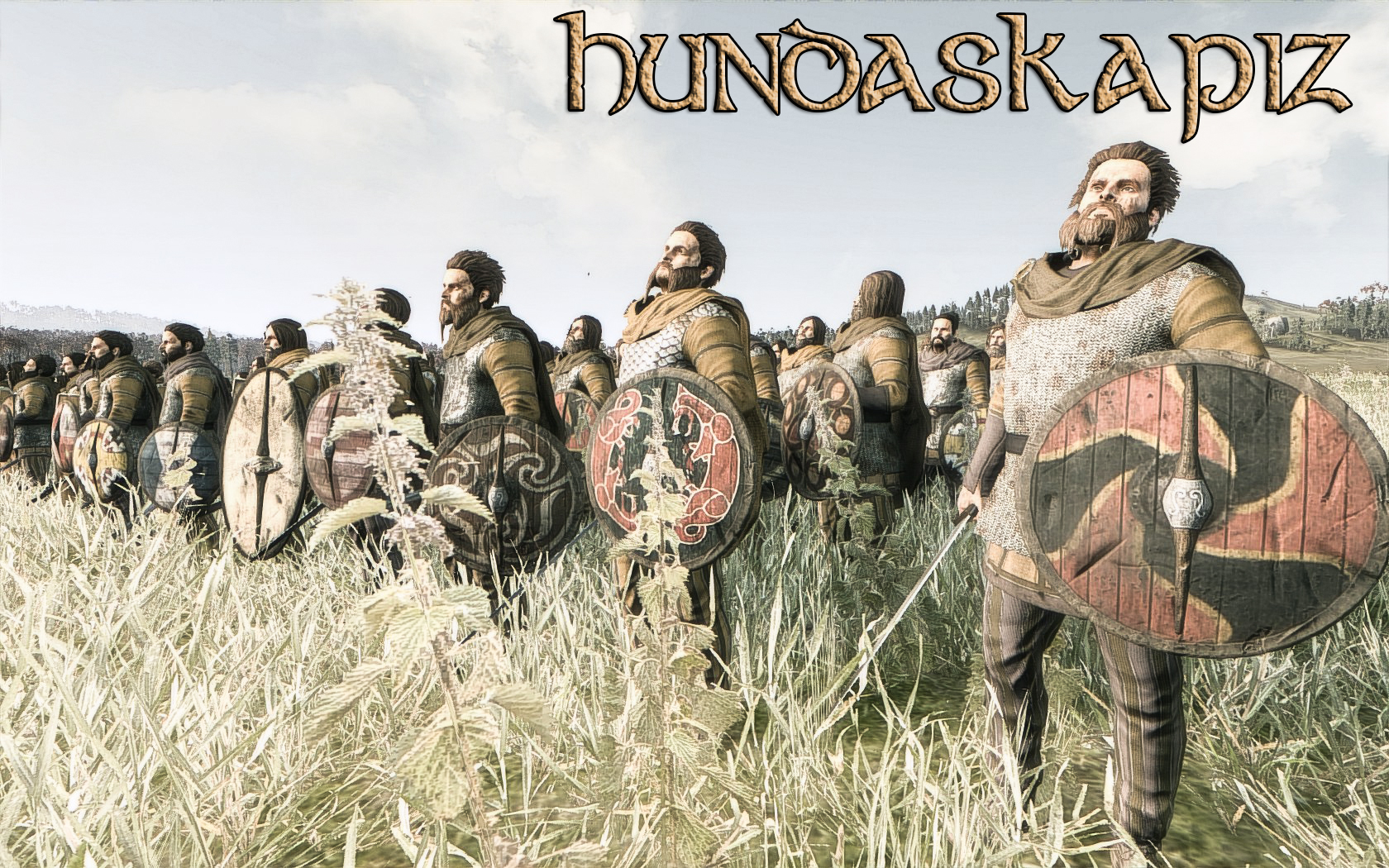 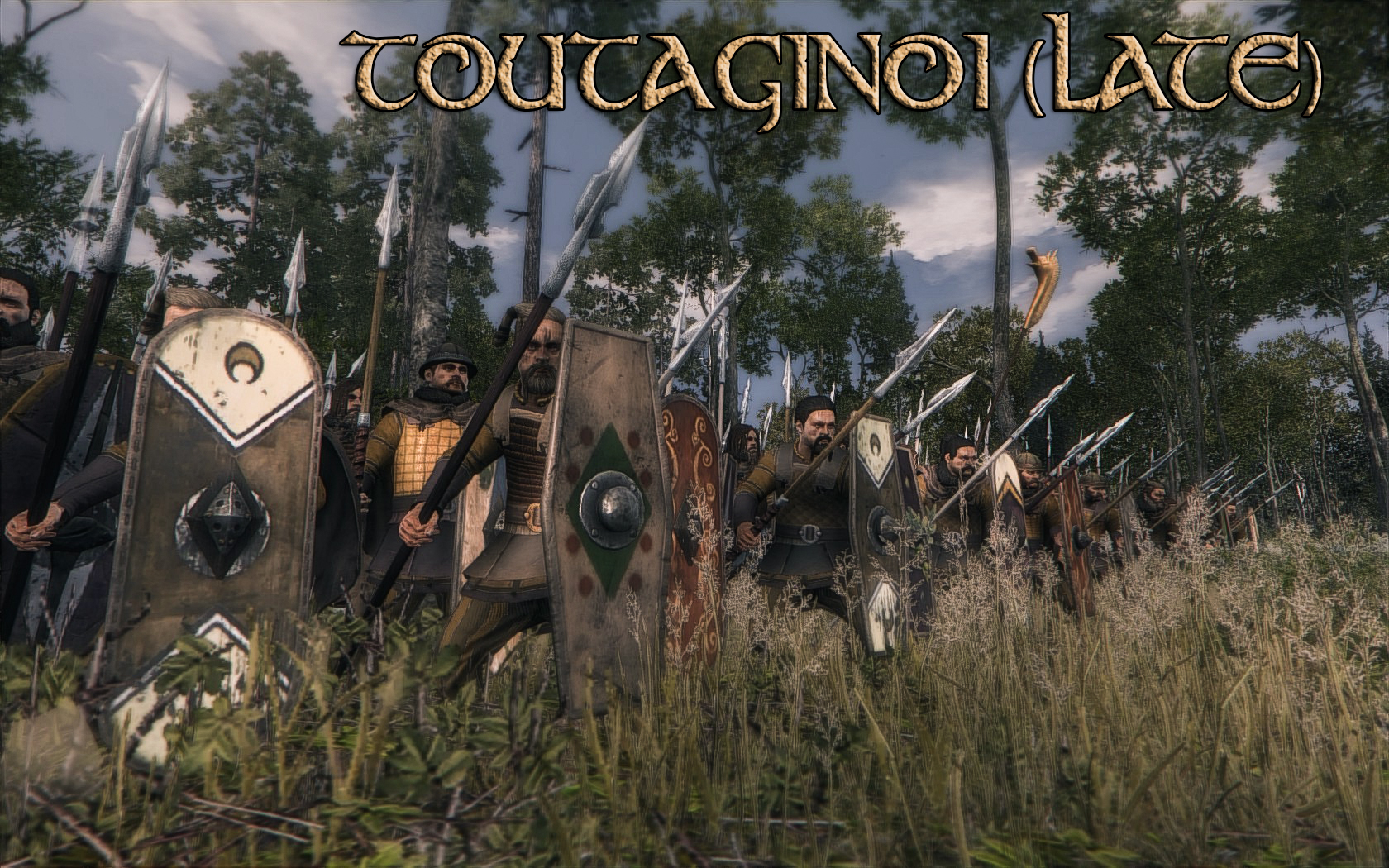 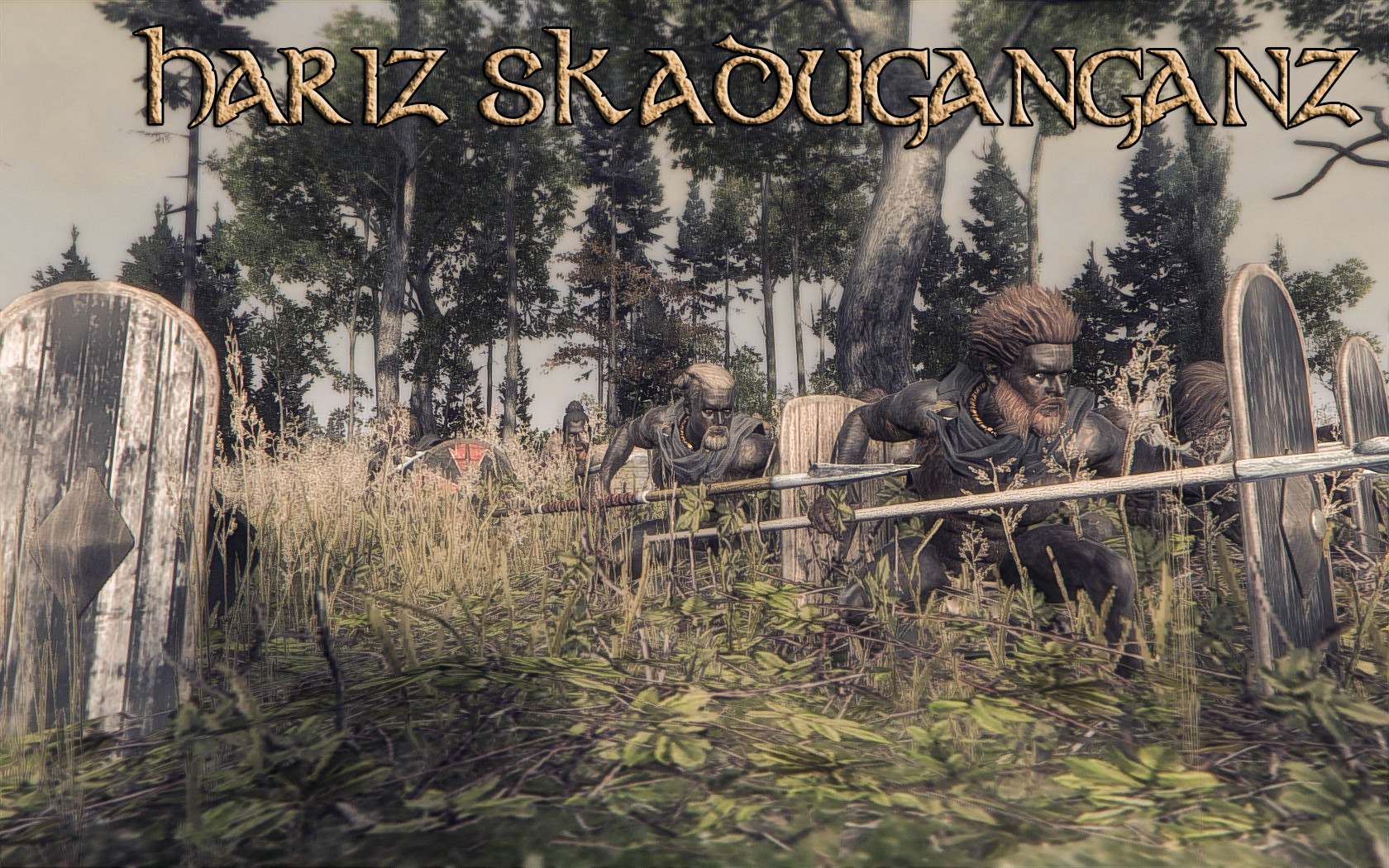 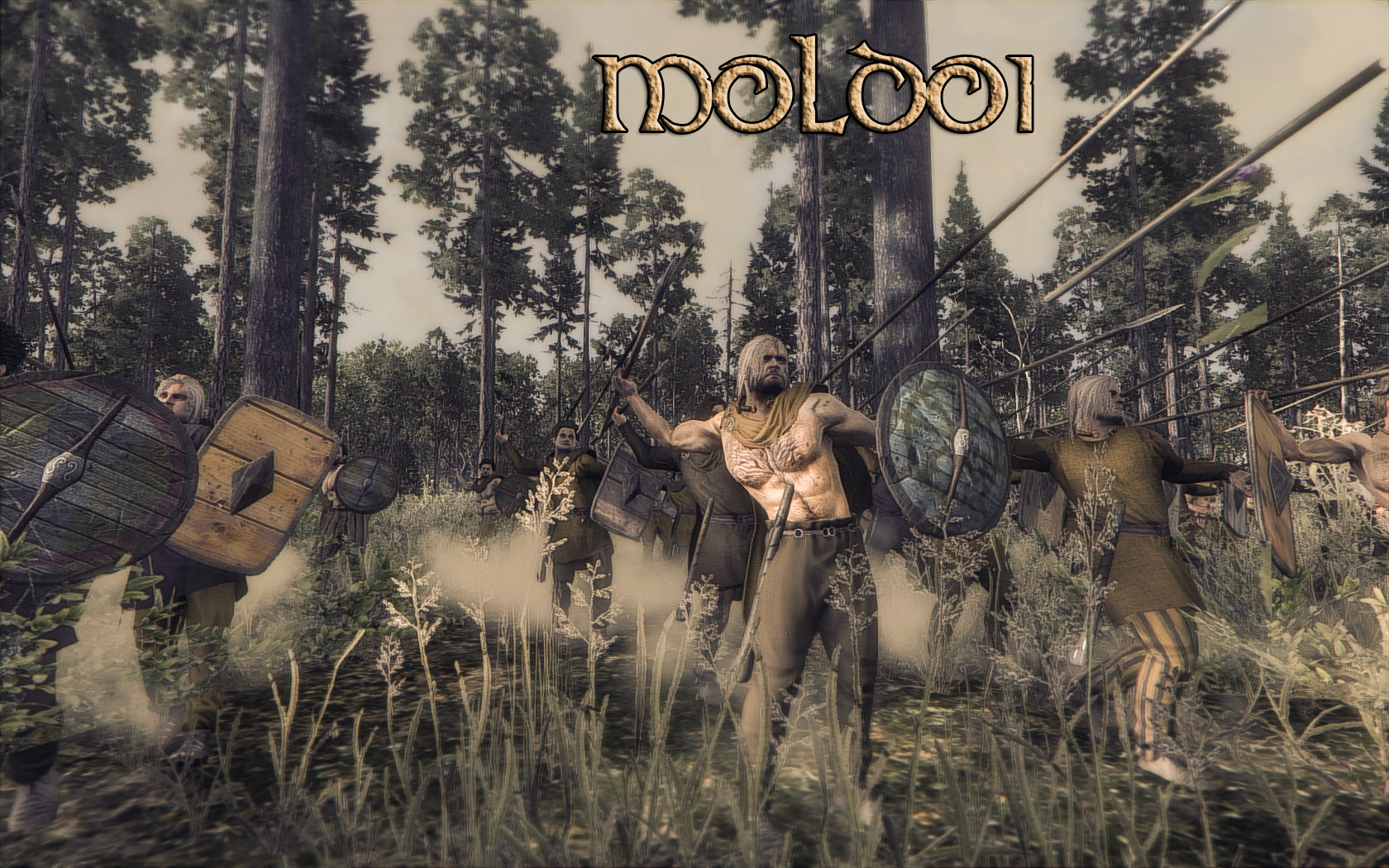 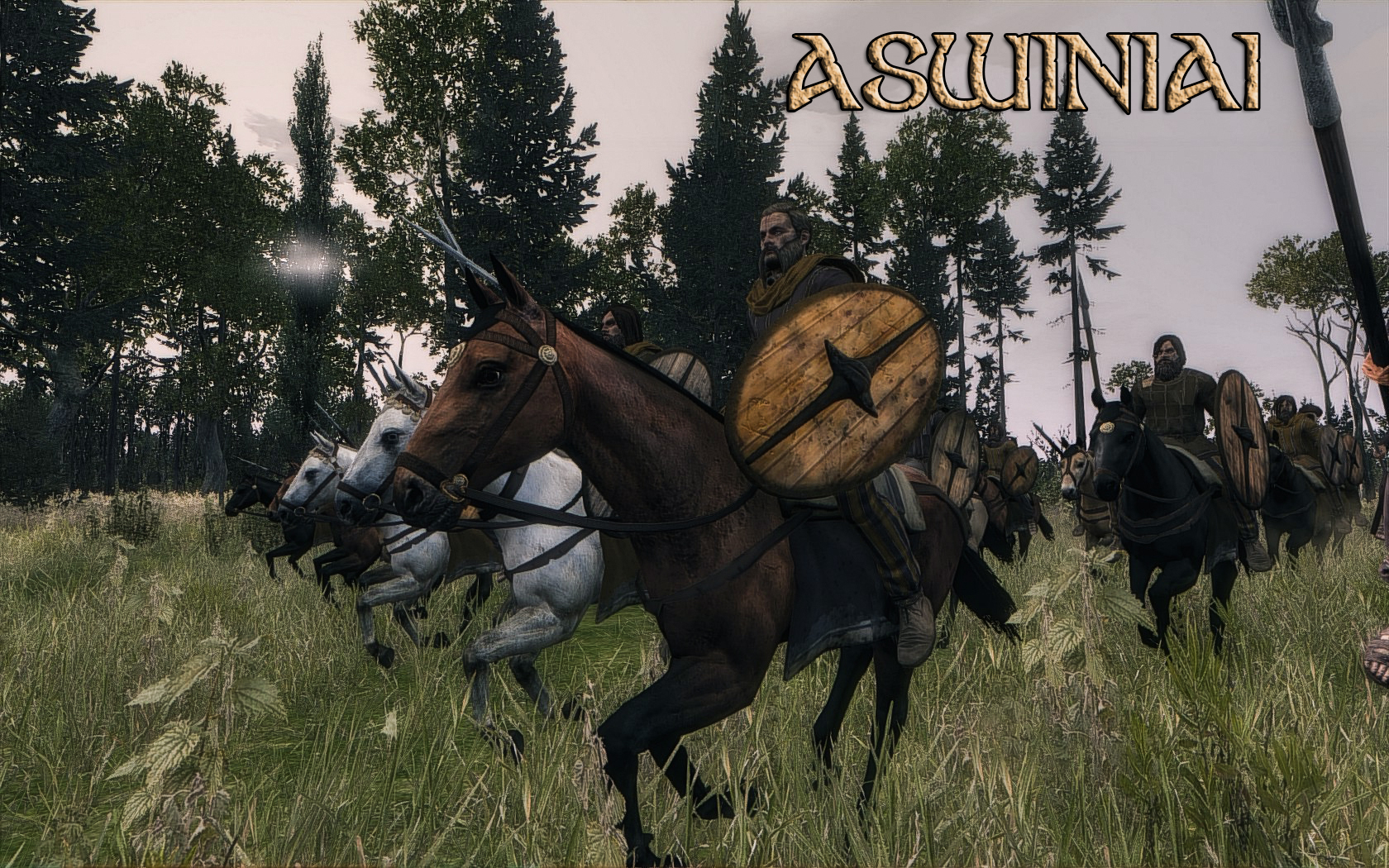