Demosfen - the largest project on the Call of Chernobyl platform. It is based on the new x64 version of the OpenXRay engine, thanks to which the game has advanced improvements in terms of speed, which allows you to put a large number of graphic bells and whistles. You will find many new locations, several new quest chains, new models of characters and mutants, a full-fledged A-Life, new features, such as flying a helicopter and customizing weapons, and also, only here you will find open 3D sights. For the first time in the history of Call of Chernobyl - Bar "100 Roentgen" has been expanded, now it is the real capital of the Zone. To improve the character creation process and the parameters of the new game, the add-on "TRX: Fresh Start" was added. Constant work on the improvement of various aspects of the game, the introduction of new and unique content, the addition of new features and features - all this shows that the project Demosfen keeps up with the times.

The long-awaited update is now available!

Friends, a lot of time has passed and update 1.04 is already available for download and let's see what content has been added in it, in addition to fixing bugs and crashes of the previous version, of course.

The first thing that was added was the sorting of inventory that players had dreamed about for many years, we looked at this idea from Skyrim mod makers, but it turns out that it was already implemented in modifications on the Shadow of Chernobyl, so we did not become pioneers in this matter. 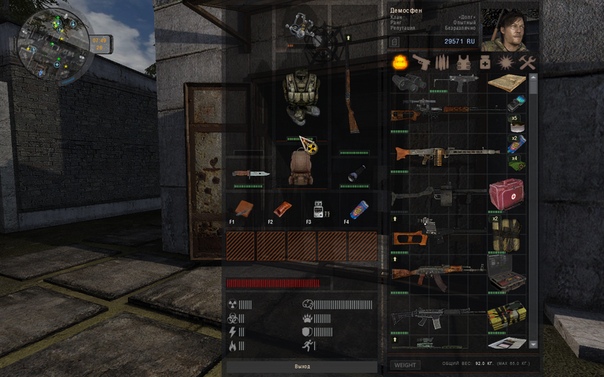 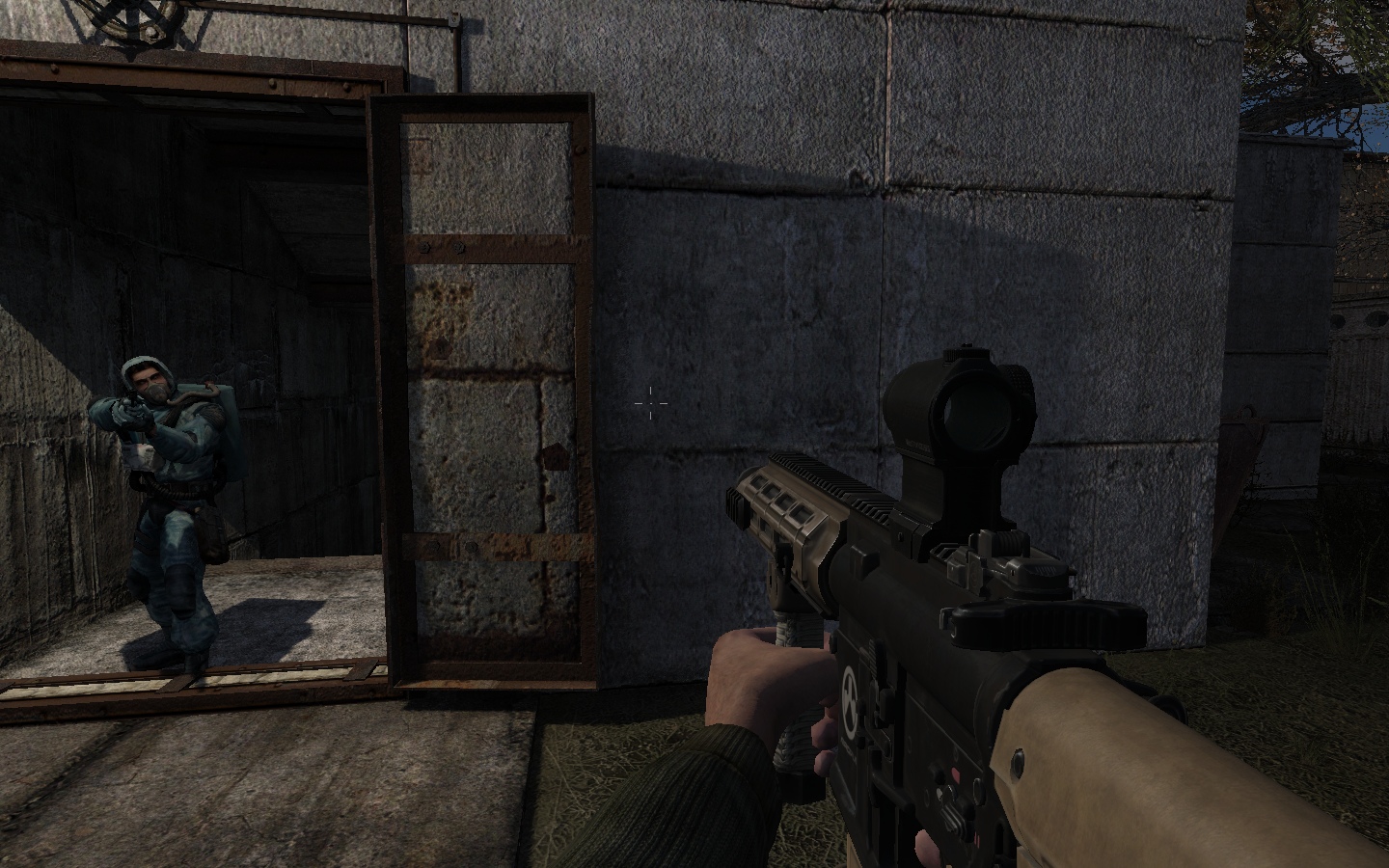 In my opinion, Stalker lacked a bit of tactics, sometimes you know exactly where the NPS will run and you can put a charge in there to destroy it without spending bullets, so we decided to add explosives, we can find them from merchants. With it, you can destroy enemies on their way, and so make small sabotage on the camps of enemy NPCs. If you took an order to kill Stalker and do not want to spoil your reputation with the Lonely Explosives, this is the best solution to complete the task. 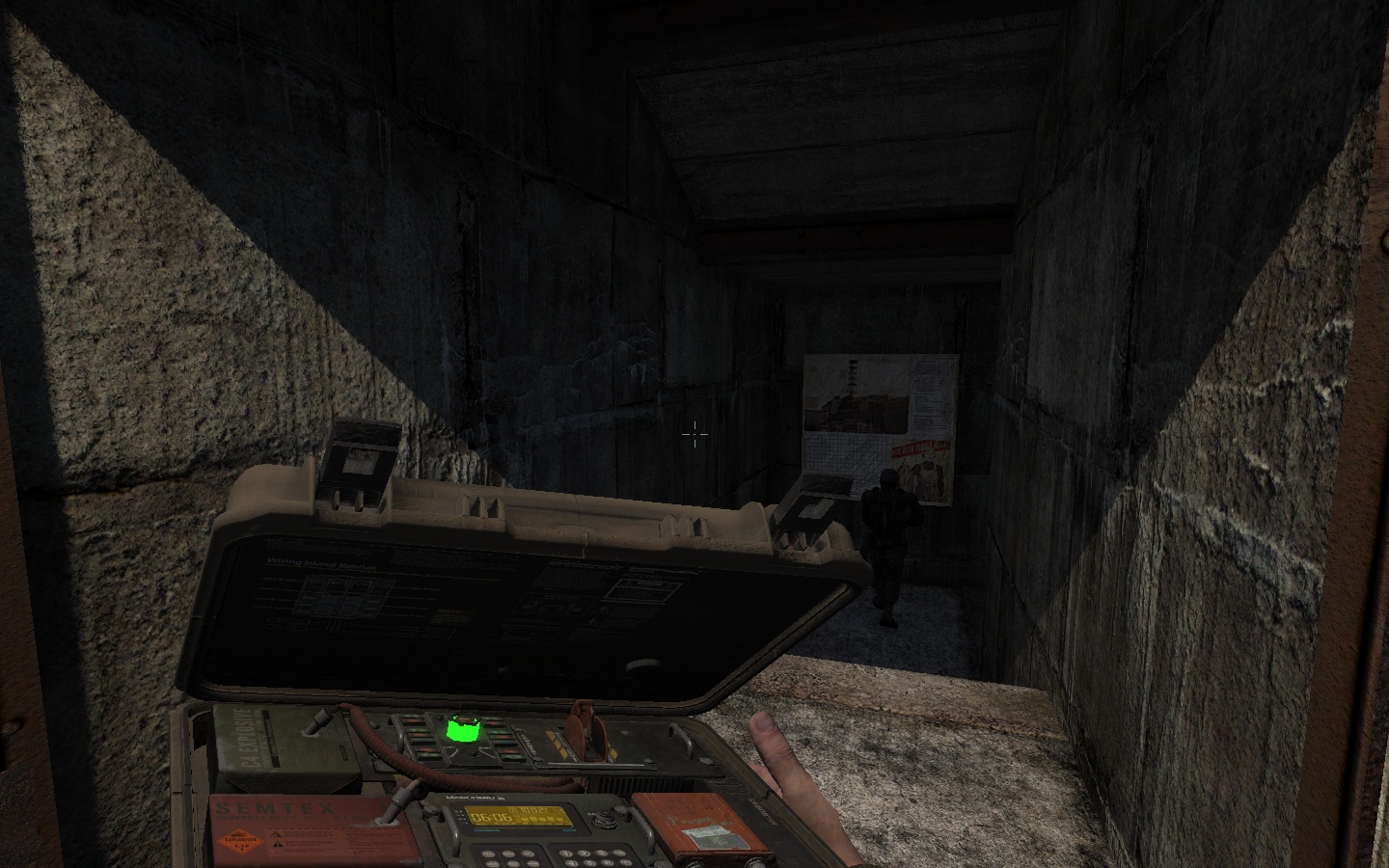 New Unique Partner "Daryl" from the series "The Walking Dead"

Since we fixed the Secret of the Zone, I recommend you to go through it with a new partner, Daryl, which will be very useful for those who like to bring along partners and love the series The Walking Dead. You can find Daryl in the Bar next to the transition to the location “Technics Cemetery”

This character is the first member of the new group “Hunters” whose visuals I will present a little later in the group, a small quest line will also be written for Daryl. 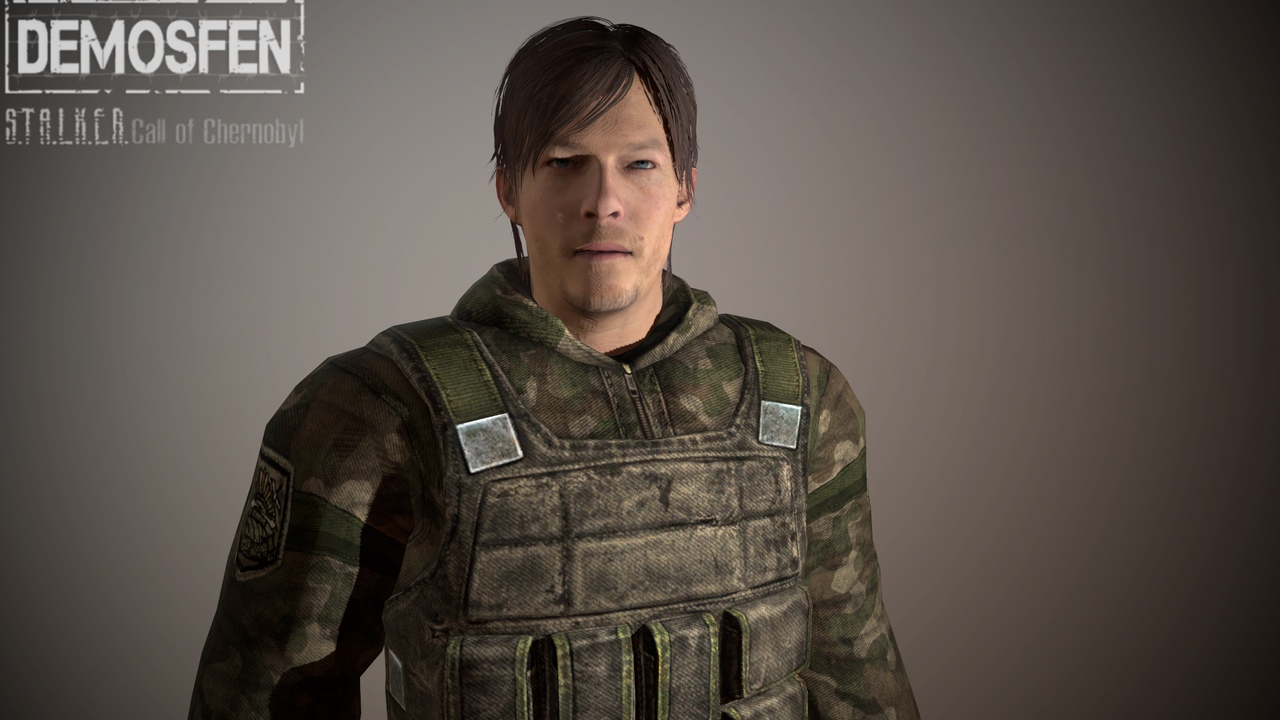 1.You must have version 1.03 which you can download from the links:

Link to update Demosfen to version 1.04 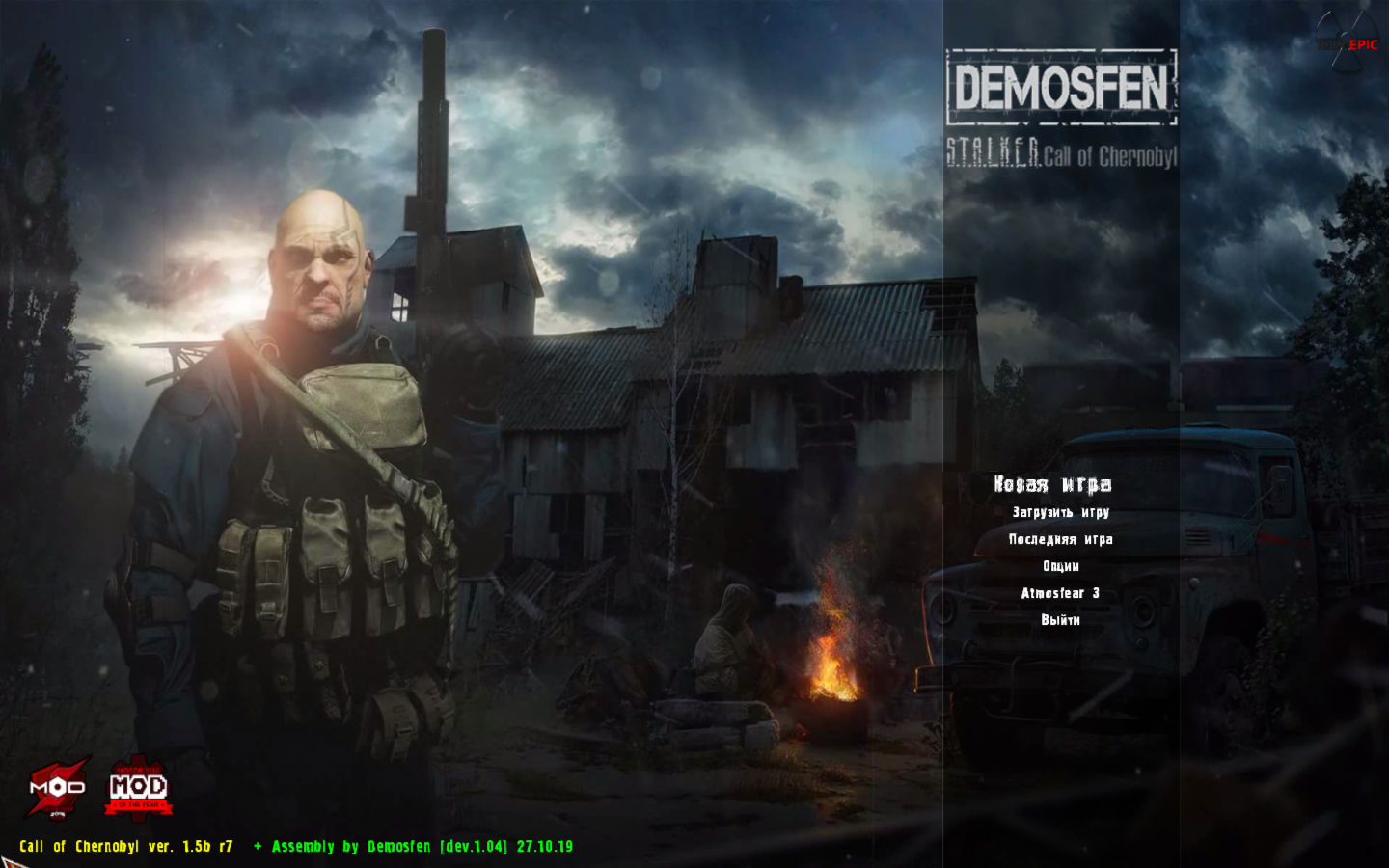 Does it include the legendary Mosin Nagant rifle as well? PLEASE tell me it does... :<

Quite the wet dream of a weapon, bolt-action too <3

That is from Death Stranding... Not walking dead.

Where can find FAT ?

Are there translation fixes? Cause there were some places didn't had the proper dialogue so it was just gibberish without it telling you what to do or any info at all.

Is there a torrent link? My internet is a crap...

This mod can run in my PC ?

i have much powerful pc than yours and can say that maybe and just maybe on some low resolution the game will work, and for the torrent part, i think that there isn't any, try to download it from here somehow

Quick question - to instal this mod I need to instal Call of Chernobyl first?

nope, it's a standalone game

Well, another quick question: English translation get broken after instalation of 1.04. Is there some fix for this?

Find fix to that. Install language pack after instalation 1.03, and 1.04. Second thing: Am I only one who gets massive frame rate loss while aiming with some weapons or sights?

No you are not my friend, unfortunately ...

my advice to you is to use hk-416 (assault rifle) with any red dot sight, for me on this weapon frame rate drops didn't occurred

Having downloaded and started this mod, I was reading all to get acquainted and had a look at the video section comments and read the outrage towards Demosfen re the Gunslinger mod. Liar, clown, honestly disgusting, stealing, little ego, Lmao ******* thieves etc. Who are these armchair critics and how many hours have they spent creating free content for all to enjoy.

I for one disassociate myself from any criticism and hope Demosfen, whoever he is, is not put off from working on this wonderful mod and others like him who only ask for a little appreciation for their work.

All content released here comes with a certain license. As long as the license allows it and criteria are met, creators can use other people's work freely.