This is an expansion mod for Legend Farewell Edition 8.33 It will make Hexen's sequel: Deathkings of the Dark Citadel compatible with Legend Farewell Edition 8.33 (currently it is not) - and will match it in terms of level design. Scratch that, it will SURPASS in terms of level design! You will need both Hexen and Legend 8.33 to run this mod. It is not a standalone production. Good chance though, that you won't need the Deathkings expansion to play it...

Currently the 1-episode demo is being worked on, and all the mod-making efforts are being directed only towards this mod. So that would be a good place to point out: my Heretic project (Wrath of Magic) is taking a detour because of THIS mod. When i finish the demo (and post it here, of course), i will switch back to completing the development of Wrath of Magic, - and only then finish Deathkings: The Return.

Final version will include: 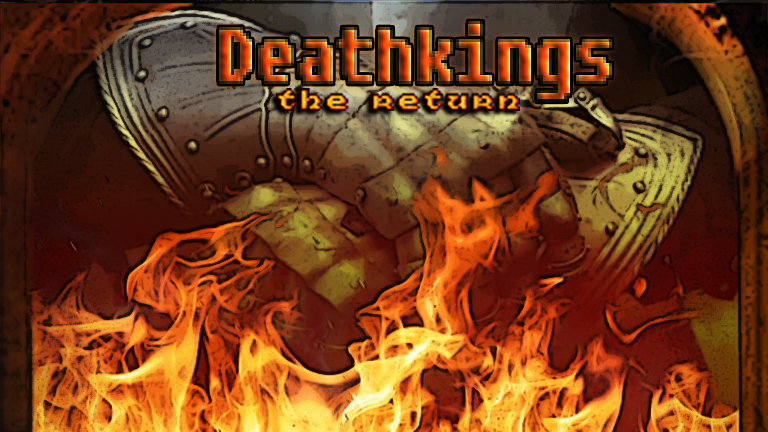 as Hexen's flagship mod forms into its last iteration, - i feel i must clarify the status
of all projects involved, as some things seem to have been consistently confusing on the drawing board.
And without further ado, i'll start with... 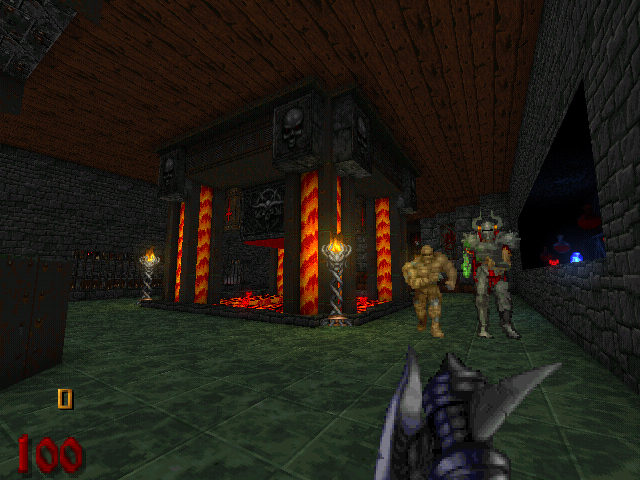 First of all, to remove all doubt from the occasional wonderings - the mod is not dead. It is not abandoned or anything like that. But even the mods have priority. Wrath of Magic has been planned for an ETA several times, yet there often was something that would intervene and postpone the progress, usually in favor of Hexen-related projects, as with me - these take priority, and i guess they always will.
Even despite delays, originally, the work on WOM-FW was planned to resume some time during 2020, with most logical point being summer. That was thus planned because at that time, the 8.33 version of Legend was deemed complete, and i even announced that i will not be developing the mod any further. Also, there were no further plans to work on a Deathkings-based mod.

But during the early 2020, i have started to get increasingly dissatisfied with the concept of calling Legend 8.33 - my Hexen-retirement project, and guess what, - that was DUE to Wrath of Magic development. How so? Well, during the significant chunk of work, which included the most of the third episode of WOM, i managed to come up with numerous design patterns, concepts and signature techniques - which i later formulated into roughly 40 decorative design principles that would characterize my best efforts. Examining Legend 8.33 through this new filter of design quality made me reconsider calling the 8.33 version "the ultimate", as even in that version - there were quite a things that i was sort of avoiding to work with...
Around the same time, impressed with my new design formulas, a friend suggested that i take a second look at Deathkings, (a game that i always have repeatedly dismissed), - as a grounds for a completely fresh Hexen mod, with more promising possibilities. I gave that a try, for one level - and i saw that there is indeed a vast potential here. And that was it. The idea for a new mod was born, and Legend 8.33 was announced to be not final, as the considerably superior version 8.43 was named to be the final piece
of the puzzle for the original Hexen.

Developing two highly complex and demanding mods at the same time - simply left no chance to include Wrath of Magic and make it three. After all, i am just one man, and i have to work for a living.
As much as it is mundane to admit, but life is more than just making mods, lol. More so, at some point, albeit very close to completion - i had to put aside Deathkings: The Return, and focus entirely on Legend 8.43, cause working on designs of such mind-numbing intricacy with two mods in parallel - simply became impossible. And i managed to squeeze in an unrelated (yet the work of love nonetheless) - a Quake II mod.

And now that you know the way of events, this brings us to today:
the part where i explain the order that all of the HMT projects
are to be completed, and their ETA's.

1) Legend: Farewell Edition v.8.43 - all efforts are currently directed solely to this mod, and i am adamant on finishing it by the end of February 2021. So yes, it is in a little over 2 months from now. I would most definitely and confidently call that an ETA. More details will follow. 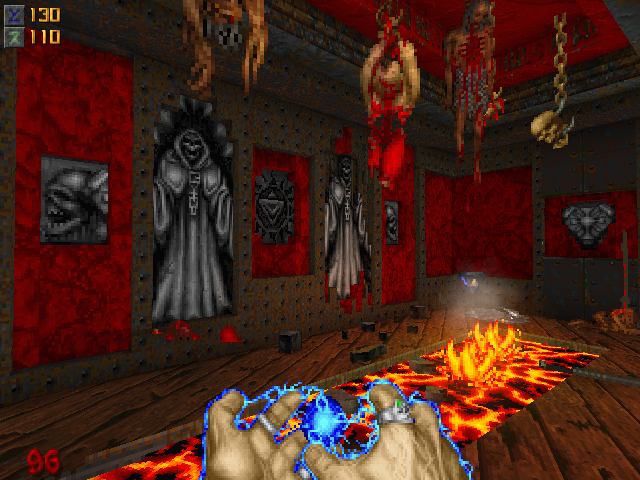 2) Legend DLC's: Cleric mod, The Marine mod and Mercenary: Dark Power - all use several custom maps and standalone settings, which means that they automatically downgrade any new version to their own
presets, unless made compatible. Which is what i intend to do right after. I was conflicted if this, or finalizing Deathkings:the Return should come next. Eventually, realizing that the DLC characters are
rather popular - so they got priority over Deathkings. ETA should be 3 weeks from the 8.43 launch - with additional 3 weeks for EACH extra character. If i am particularly swift - i may release the 8.43 version together with the fully updated Cleric DLC.

3) Next on schedule - Finalizing and releasing Deathkings:The Return. Yes, i had some brainstorming to do regarding if that or Wrath of Magic should take the lead at this point. Deathkings wins, because
there is much less work needed to complete the mod, and it is way closer to the design mindset of the current projects, than the radically different Wrath of MAgic. ETA - late May or late June 2021. 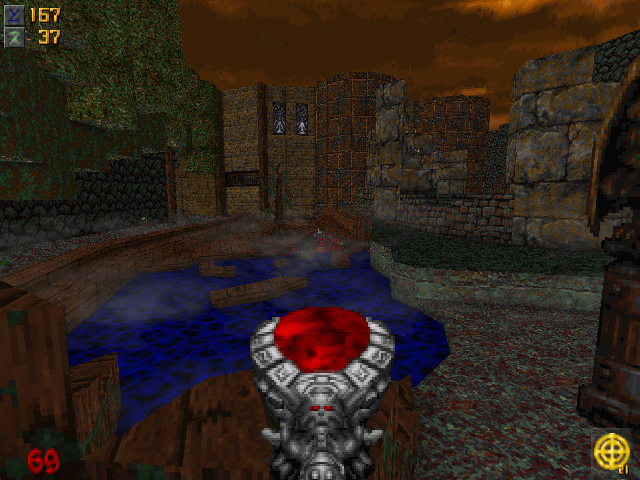 4) Last but not least - Wrath of Magic: Farewell Edition v1.0 I have reviewed the mod's current progress last week, and i can see that quite a lot of work remains, even though it is roughly 2 levels short of completing the design phase. Yet there is also testing and gameplay adjustments as well. This mod, while sharing conceptual design similarities with my Hexen-based projects - is often quite far from what can be seen
in Deathkings: The Return, or Legend 8.43, due to the limitations of Heretic resources that i can work with. Even though i tried, i could not successfully extend this, numerically. The additions may have made it to Doombuilder, but crashed in-game. So i am forced to work with a limited set.
Last note on that front, - i confirm that i do not intend to work on episodes 4 and 5, as well as i will not be elevating the mod's decorative design to the level of Deathkings:The Return or Legend 8.43
And while Wrath of Magic has quite a bit of its own stuff to show for, - yet these mods are nowhere near the same level. ETA: Fall 2021, most likely.

After that, i will solely focus on Deathkings: The Return, episodes II and III, and its compatibility with the DLC characters. No further projects, fixes or upgrades of any kind for any of the projects. There is even a rumor that i might get into Hexen II level making instead, but that is just a rumor, and is highly
uncertain.

Deathkings: The Return and Legend 8.43 - two Hexen flagship mods are being worked on in parallel, with one ambitious plan in mind: launch both mods mid-to-late...

Deathkings: The Return (episode 1) has entered the testing stage. The level redesign part is finally complete and now, gameplay balance testing is under...

Hey, Hexenstar, How about to add a tome of power? And another new cool item?

Could have been possible, alongside with a few other tricks -
if i had programming knowledge...which i don't.
So how did i make everything else :-) lol...by very clever
and often complex rearrangement of vanilla features.
Ingenuity, imagination and a thorough knowledge of Hexen.
No programming or any other computer skill required at all.
Well, some Photoshop...

You could use Delta touch on Android..it has zandronum, gzdoom,lzdoom, chocolate doom and retrodoom implemented..and with a good smartphone you can even play over usbc-hdmi with K&M

Nope. The Legend series of mods are Doomsday-engine specific,
since they extensively rely on Doomsday-engine proprietary script files. And only Doomsday can run those. Don't let yourself be mistaken about that. The good news is, however, - that an age-old myth about these mods' compatibility has recently been busted:
they work with all versions of Doomsday and all versions of Windows. As for other engines - not in this lifetime.