Days of Madness (DoM) is a mod for Warcraft 3 consisting of one map that takes elements from rpg, mmorpg, action, control point warfare and others.

[Delayed due to testing feedback] will be the beta for DoM that includes control point warfare. There are currently very few items and game play mechanics and the enemies you encounter may be slightly spammed instead of progressively more powerful so if you wish to wait for the version after this it's up to you. The other features promised like RPG elements are not yet implemented so you will have to wait for those. DoM will also be having some new art for banner and pictures which are being done courtesy of Vrah2. This beta will be best played with all 4 players so don't ruin it for yourself and play with any less. For now here are some screenshots of game play.

I have also updated the mod page with several screenshots of the orcs first minute of game play (I added an artillery beacon in there to show but it doesn't look very good in screenshots as only one shell lands at a time). This is that screenshot here. 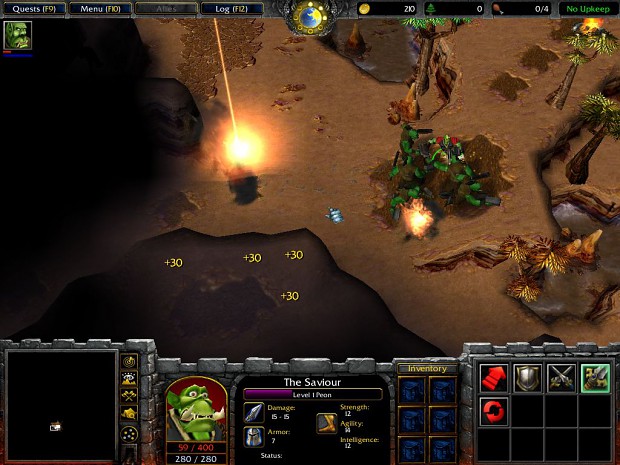 Remember the first beta may have some problems but at least you will get to play it.

need help? i can vjass :p

and pixelart in photshop => logo

and Sorry if all this offended you but where you have leraned art work is phatectic plsae ask someone or me to make you a new Profile HEader and Logo plus one for your COmpany.

Can do better plesae get Proffesional Coders that can make custom systems with vJass and Profesional Terraining people that only uses TUM (The Ultimate Terrain) this project can have good features i can help you in this project if you want to but you must tell me what excatly does this go about?