Rome is about to fall, the Sarmatians are about to lose the steppes to the Huns, the Nubians resist the conquest of Egypt as the last bearers of Egyptian culture, the Thracians defend the hopeless northern borders of the Byzantine empire, and the Vandals dreadfully await the Byzantine reconquista of Africa...

...but you can change the course of history and save one or all of these civilizations from fading, rebuild their glory and have them compete with medieval factions they would have never encountered otherwise.

Dedicated to my late step grandfather Helmuth Siepmann who always loved to discuss the Great Migration.

I could never quite reach satisfaction with "Borderland Empires" of the same type I experienced with "Age of Vampires" or "Tzars and Salesmen"...

My newest project "Dawn of Rome" is to replace "Borderland Empires" for several reasons:

1. Overlap in concept (Great Migration/Beginning of the Middle Ages/End of the Classic Era)
2. Overlap in civilizations (Vandals)
3. Overlap in game-play (mobile buildings)

My best efforts for "Borderland Empires" will be donated, however, for integration with "Realms" which already overlaps with Borderland Empires in some aspects (like the playable factions Bulgars and Moors).

The new project takes over some of the exciting features of the old one, like mobile buildings and mine-able ruins, but alters the overall setting to introduce civilizations which faded at the beginning of the Middle Ages, but which the player will have the power to save and have compete with other medieval factions. 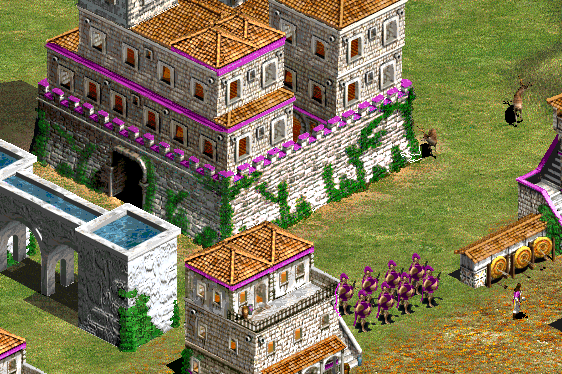 Several features will help you immerse in the (late) Roman Era... technologies like "Phalanx" which allow spearmen to form double-rows by providing +1 range, or buildings like the "aquaeduct" which will lift up the population limit and increase farm food amount. Support units like the dog can defend your villagers from wolves and help hunting boars.

You can choose from 5 new civilizations which are seldom portrayed in the Age of Empires series (including other mods), but still ring a bell with hardcore history fans, like the Sarmatians, Thracians and Nubians... 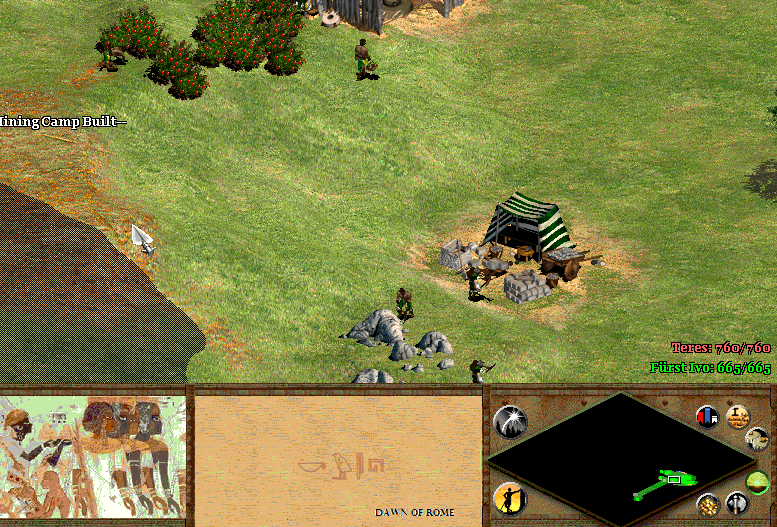 Alternative Expansion for the Age of Kings, explores the last days of Rome, the Sarmatians, Thracians, Nubians and Vandals.

how do i install it whit border empires?

Hello, I love your mod. I see that his intention is to deal with the last years of Rome and the beginning of the Middle Ages.
I have come up with some ideas and I would like to share them with you. I hope they don't bother you, I know it's hard work, but my intention is only to improve this good mod.

I thought maybe it would be nice if you would add any of the following civs:
The Saxons: I'm not referring to the Germans, but to the combination of Anglos, Jutes and Saxons who settled in Britain after the withdrawal of the Romans, and whose kingdoms ended with the invasion of William the Conqueror. They would be different from the Britons because the latter are focused more on the Welsh and the English than on the first Anglo-Saxon kingdoms.
Their architecture could be western. Their unique unit would be the Gedrihts (a primitive huskarl). Their unique technology would be "Danish Axes".
The Lombards: the Germanic people who established an important kingdom in northern Italy which ended with the conquest of Charlemagne.
Their architecture would be Italian (like the Romans and the Thracians). His only unit would be the Gepid Rider (a stronger light rider). Their unique technology would be "Lombard Iron Crown".
The Herules: They were the ones who conquered Rome and deposed the last Roman emperor, but his reign did not last long because they were soon attacked by Goths and Byzantines, until they were finally defeated.
Their architecture would be Italian too. Their only unit would be a mounted ax thrower. Their unique technology would be "Germanic Mercenaries".
The Scythians: The ancient people of many Confederate tribes of the steppes of eastern Europe and central Asia. They had contact with Greeks, Romans, Huns, Germans, Slavs, Bulgarians, Turkic peoples, etc. But they were never a unified kingdom. Their architecture would be Germanic, and they could even share the mobile mining camp with the Sarmatians. Their only unit would be the Charioteer (heavy war chariot) or the Pazyryk (a mounted archer). Their unique technology would be "Ziwiye's Treasure".

That is my comment, I reiterate, I hope it does not bother you, I know that it is difficult to work on a mod. So far you have done a good job and I just want to contribute. I look forward to your comment.

Ideas do not bother me, but I am currently isolated from my main modding computer and can do relatively little in general (for the time being). Also some of your propositions fly better with a total conversion which is (for the time being at least) not the intention. In particular I would rather replace the Britons with the Saxons than to have two civilizations simultaneously in the game, of which one is ancestral to the other... Thank you for your thoughts :) When I get back to my modding laptop I can think even deeper about the details of your propositions... doing and thinking go nicely hand in hand in such matters :)

Have you thought about adding Palmira or the Rus as well, I think they fit the sense and time of the mod?

Palmyra actually crossed my mind, but I know very little about that civilization... the Rus did appear in Borderland Empires which preceded this project, however the Rus actually persevered successfully into the Middle Ages, while the current selection of factions, save for the Nubians, mostly died out after a few centuries upon the start of the medieval era, and it is up to the player to make them persist beyond their time :)

Tiny patch on this one today... I had to twitch some tech trees.

Great, I love that this mod has been updated. Have you thought about adding the Romans as a Civ, or at least adding Roman aspects like buildings and units in the editor?

There's Roman Ruins that can be mined for extra stone. Maybe there will be more in the future...