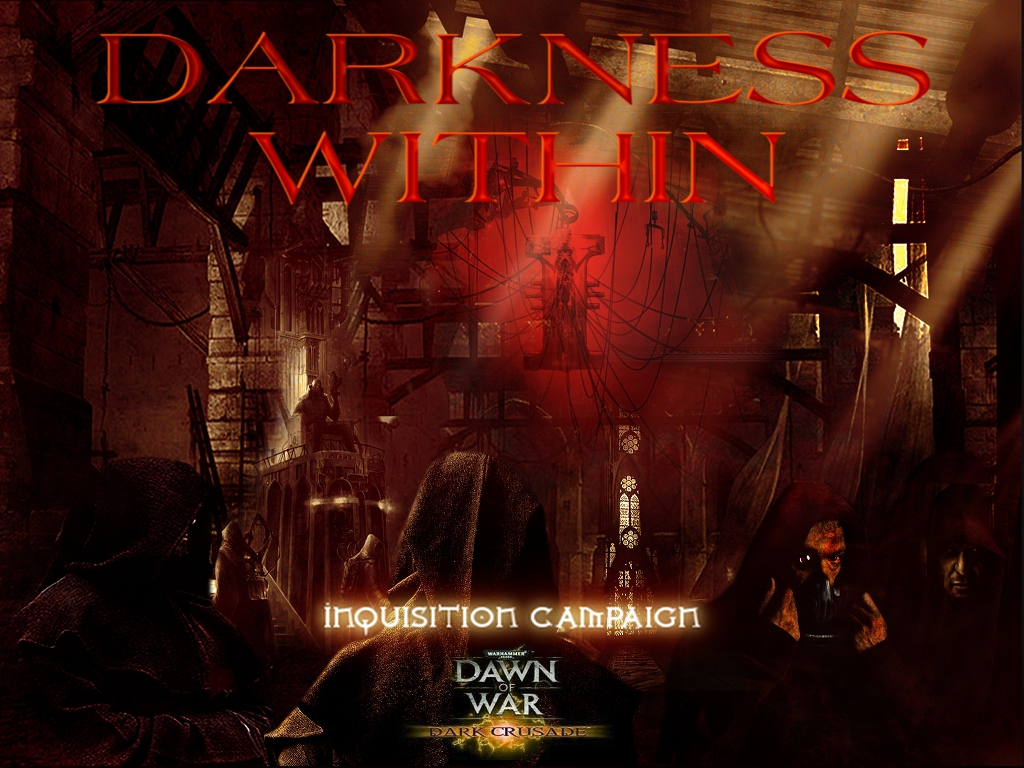 a linear campaign for Dawn of War Dark Crusade

New Linear Campaign UI
The mod features a new UI system capable of bypassing the metamap, and hence allowing you to play a linear campaign in DoW. We are designing a multi branched scenario and custom dlls to create a unique linear campaign manager. this allow us to track key event and scenario choice made by the player and to store them for future missions. It also allos the mod to open and close scenarios path unfolding on several maps.
Choose your way and consider every action consequence before any move, the Emperor eye is on you and the only light in the darkness is your faith in Him.

Features
Play as AS and ID forces!
A new seamless army-switch ability will be present, allowing you to control multiple armies at once…those being the AS and ID mod forces. Like large battles? You’re going to love this.

A thought provoking Plot
We have slaved away at creating an amazing plot spanning 12 missions that is both engrossing and is true to fluff. Unfortunately i wont be giving anything away about the plot; you will only find the details out when this is released and you're playing it! However, let me introduce some of our main characters: 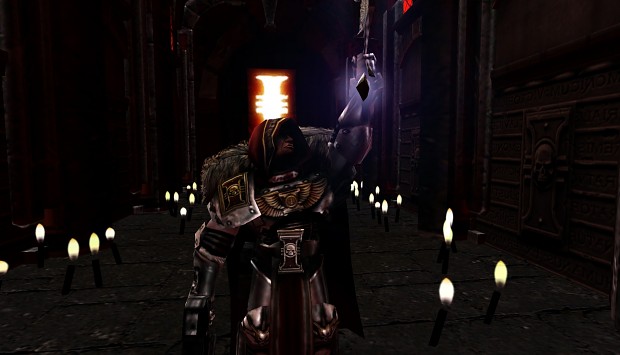 A recently elevated Lord Inquisitor of the Ordo Hereticus, Uther has served the Inquisition for over a century. He is a staunch puritan and is dedicated to the pursuit of his Thorian ideals and objectives. He is well-respected among his peers, and his clear and keen mind has foiled many a traitor and a heretic.

Orphaned at an early age, Alona entered the service of the Adeptus Ministorum early in her childhood, it was not until her actions during the Heresies of Garius that she distinguished herself by slaying a group of armed marauders threatening her abbey with little more than her faith and a blunt object. Her actions earned her the esteem of the Ecclesiarchy and the interest of the Adepta Sororitas, eventually culminating into her initiation into the Order of the Sacred Rose. She has distinguished herself throughout roughly a century of service to the Ecclesiarchy, eventually rising to the rank of Canonness Commander. She currently commands the Commandery of her Order situated on the holy Shrine World of Gamede III.

Lord Inquisitor Selenis has persecuted innumerable deviants and heretics during her long and glorious service in the Ordo Malleus. However, the work of a Daemonhunter is accompanied by great perils to mind and body, and even the most experiences of Inquisitors have fallen to dark temptation. Questions and doubts concerning her activities have been raised in some circles of her colleagues in the past, but her unimpeachable record of service, influence, and the general lack of any substantive evidence mean that few Inquisitors take such things seriously. Despite this, a few agents of the Inquisition still doubt the purity of her distinguished record in the service of the Inquisition and the wholesomeness of her methods.

credit list : in progress, many thanks for all of you, you will be credited in due time, no worry. 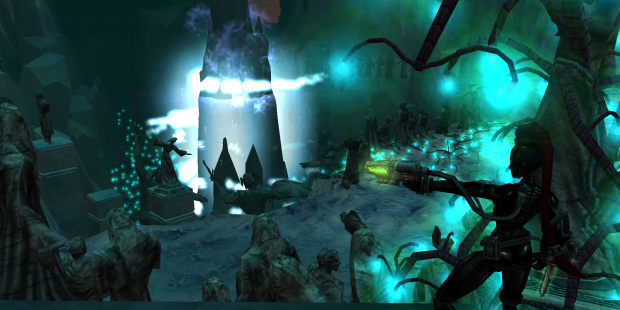 Life and modding goes on like the tide on the shore, back and forth, up and low, rise and fall.

Darkness Within campaign is nearing completion (again...) like a wave growing and moving forward.
When standing on the shore and comtempling the ocean you see it aproching the sand and wonder if it will make it to the beach or fall without noise.

Well... i need modelling work done : so if you have this kind of skill and are willing to create something pm me

"hey Jag, learn 3d and stop bothering people !" ....well, this i should have done 10 years ago, it is better to have creation freedom than depending on others.

thanks for your support !!

Thou Shall Not Die !

Sleeping is not dying. I intend to reactivate Darness Within, so...who is in?

"this is the end beautiful friend" JM times have changed and people too. modding is over for me.

Do anyone of you are able to report any problem with the mods you have already installed before steam update this month.

Spring 2014 as seen new deceloppement and some new energy to the campaign and I do hope that the first book will be completed this summer.

Jaguar-Lord any chances we could get an update on the campaign, POSSIBLY even current build to play around with?

Hello;
Thanks for your interest in DW campaign.
unfortunatly for the few remaining followers, i have decided to keep DW behind the curtain for the moment, for personal reasons.
If ever i'd decide otherwise and make it available and public it will be stated clearly on this project front page.

Sooooo Cool. Dear God please finish this. How can I convince you to release a demo. So if anything bad happens to you, this wont be lost forever.

Thank God this is still alive you had us all crying for a moment. Any news of when a beta might be released?

WOw ! I'll keep to take a look for this project !

Maybe could i translate it ?

i'll take care of this, being french i think i can handle this ! :)