We interrup this for a very Special broadcast.
Le DS'96 Est Mort, Vive Le Rogue Republic!
The project DS'96 will no longer be like you remember it. The pursuit for more possibilities has pushed us to make a real game, not a mod anymore. The concept will be changed in many aspects and this whole stuff will be much bigger than you expected. So take one last breath of expectation and wait our new update which will lead you from this profile to our new one ;)

All the information below will remain as before for history & memory. Though, it's no longer 100% valid.

In the alternative timeline, where the Cold War ended with the triumph of the Nationalists. One last battle has be fought.

"Europe is running out of any possible energy resources, the industry is stagnating and European Union's greatest foe - the union of Eastern European rogue states known as the "Intermarum" has issued an economic blockade on its mighty western neighbor.
Too long we have tolerated these hordes making illegal genetic experiments on people and polluting our holy continent with the wastes of their nuclear production. Too long they have polluted the North Pole and refused to disarm.
It's time, commander. It's time, commander, to break through their failed regime with our legions of steel and fire."

European Union
In the alternative timeline European Union was created in 1995 as a political, economical and military close alliance of the victorious in Western Europe nationalist regimes. Of those the most mighty became the newly reunited Germany. It came not a long time before the EU replaced the now-vanished NATO and organized an army of its own - the most technologically-advanced and organized as the continent has ever seen. However even the most sophisticated weaponry may not safe the "White Europe" from overwhelming enemies and resources shortage, when even today the industry stagnates simply because it hasn't enough oil and gas.

Intermarum (Slav languages - Междуморье, Междумор'є, Międzymorze)
The successor to both Warsaw pact and Yugoslavia, Intermarum's shape was finally finished when Kovalenko's tank army stormed Bucharest and ensued that the Eastern Europe shall not fall neither to the EU neither to the facing problems Russia. Intermarum is well-known for it's dirty industry, militarization of society and a war with Norway, which it has won, resulting in the protectorate of North Saamiland - the last portion of Europe where gas and oil are still found. The vital fuel for Eastern Europe's war machine.

In the wake of the fall of the Soviet Union a new virulent Empire arises, seeking to comment Pan-Turkism not only with words but with fire. Their goal - half of Russia and Europe, the wealths of Central Asia, their weaponry ranges from motor bikes to former Soviet aircraft carriers stationed in Crimea. It will include weather control stations - if the resisting Nazarbayev's Kazakhstan will fall.

Russian Resistance (sub-faction)
"The Age of Problems" - so became known in Russia years between the fall of Soviet Union till Dark Summer of 96. After the ban of the communist party, the was usurped by the European Union-backed leader Boris Yeltsin. However, his reign wasn't firm enough. To strengthen his grasp, he united his government with national-democrat leader Shiropayed to form the "New Russia" party. After a short time "New Russia" became increasingly unpopular because of growing social, economic and military turmoil. Moreover - Shiropayev declared his goal to "free the century-long oppressed people and to disintegrate this prison of peoples", what actually meant the end of Russia and its transformation to dozens of small independent states loyal to EU.
Not everyone was going to carelessly spectate. The army units in Russian Far East, near the White Sea and the former troops from Afghanistan mutinied and declared that "New Russia" party is illegal and serving foreign goals. Will Yeltsin succeed or will he be brought down by the patriots' rebellion? The EU decides to interfere first...

People's Self-Defense (sub-faction)
The chaos of power in Central Europe during the conflict led to arising of different sporadic militant groups fighting against everybody other and themselves. These are rebels, local separatists, terrorists and other marginal forces that have captured military hardware.
In skirmish game they will act as a neutral enemy placed on the map. Without driving the militants off, you won't be able to secure the majority of resources on the map.
Note: as opposed to Warcraft 3, in DS'96 the neutrals will act not only as passive, but as active enemy as well!

Although a C&C3 mod known as DS'96 is discontinued it's original state - it's been revided now as indie game - Rogue Republic, expanding its storyline to include Russia and a prologue to the creation of Intermarium. That may be not big news for most of you, anyway :D

Curious thing is that thanks to ours fans we made to IOTY 2013 Top-100 - and for that I would like to thank each of you for your votes, supports, visits. Now our next and final goal - Top-10. 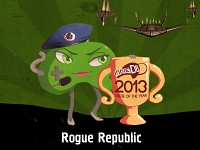 Your vote can be crucial not just in reaching of Top-10, but as a consequence - us making the game faster, already in 2014. Thank you guys! 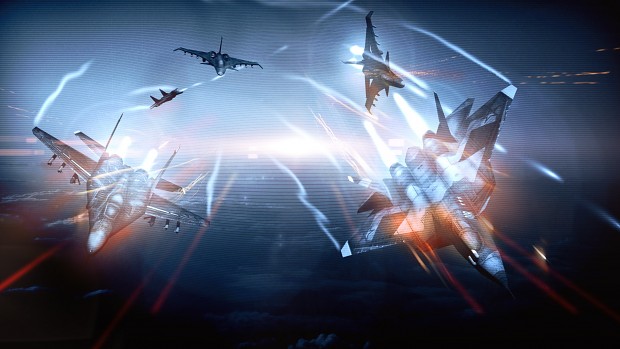 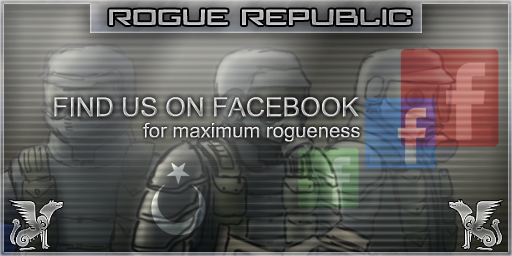 Dear (remaining?) DS'96 fans. Many of you actually know already what I'm going to say here: the project has overgrown its pants as a C&C3 mod, with...

"The collapse of the Soviet Union was the greatest geopolitical catastrophe of the 20th century, primarily because of the destruction of the existing...

Tired of New Year, drinking all the time and shouting at your dog? Then start upgrading your 3D and C++ skills, cuz Rogue Republic makes its next ingame...

Hello, guys and I greet you on our third update and first faction-focused update. A game called 'Rogue Republic' wouldn't have been full without the main...

I share it on my page I can not wait for it to come out soon?

Jesus Christ man. Now this is what i call devotion.
As an ex-member of this project who has done quite a bit of content, i will let you guys know that at at least the programmer me and another 3d modeler have ceased to work on this game and created two new games under different names that continue to live on and can be found here:
Indiedb.com
Indiedb.com
Feels free follow our progress there as those are the spiritual successors of this project as far as i'm concerned.

Yo, is this still alive? Would love to see it kick off as it looks amazing at the moment

Yes it is ,just under another name
Indiedb.com

May I ask, to which faction the Czech Republic would belong? :)