This custom story is about a castle near Austria. You are Thomas, who celebrated a party with 4 friends. But after you went to bed, you wake up in the night and does not know what happened last day. The only thing you know is that somebody is following and playing with you.

Thanks for voting and helping Dark Mansion on it's quest to become the 2022 Mod of the Year. You are now in with a chance to score some free games from our #modlove collection. Help this mod secure more votes by embedding the widget (or link) we have included below on your favorite sites.

2011 was a great year for me. First on 15.01.2011 I have founded Maxx Studios while I started to create Custom Stories for Amnesia.

I practiced a little bit and finally completed my first custom story called Maxx Survival on 30. April. Meanwhile I created a own Tumblr site for me and Maxx Studios.

I started again to work on a new custom story called Dark Mansion. Two months later on 30. June I released the Beta of the custom story.It even gets on Desura. In this time I thought why I should not make my own games. So I started to practice C++. Finally I found the Game Maker Engine. 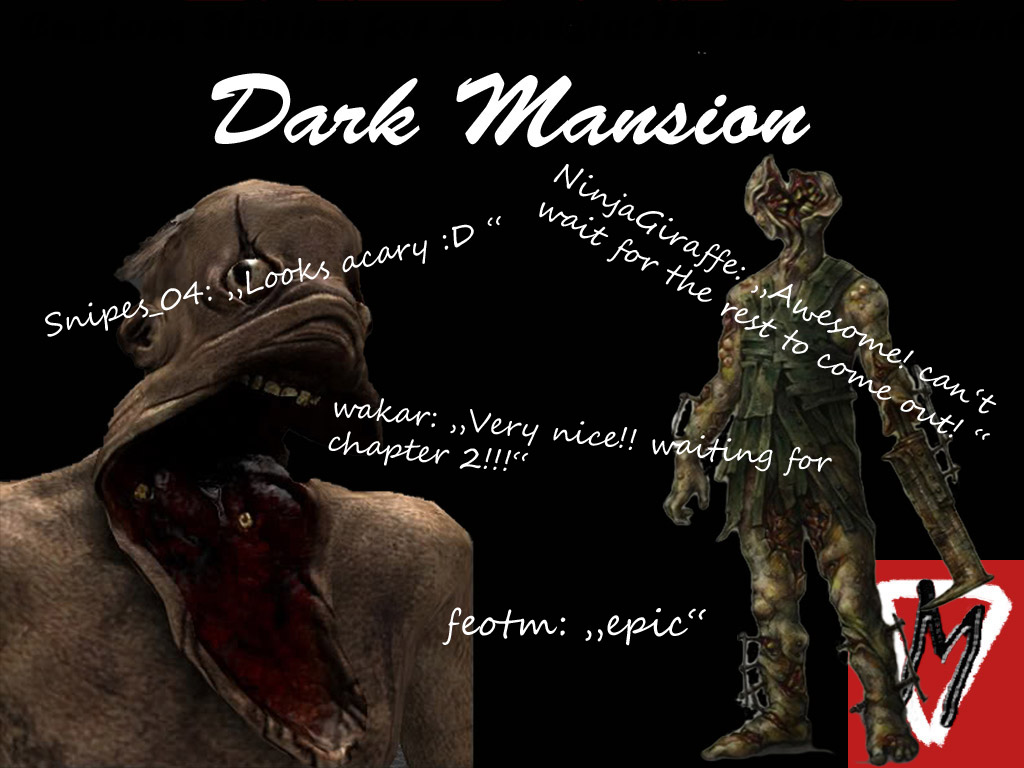 The work on Dark Mansion became more and more into the background. I have to apologize, but I promise that I had not give up Dark Mansion and I am still working on it!

Finally on 25. November I began to work on The Soul Lights Search and on 17. December I released a Christmas Demo of it. I also created a Facebook page for Maxx Studios. On 18. Furthermore I started to create an old school shooter called Delta Force: Retro Night. Both games will be released in 2012, so it is worth to follow one of the sites.

And now I can look back on a great year. Thanks to everybody who supported me. Thanks to the people who played my custom stories and the demo, you are the best.

Hello everyone! A remastered Chapter 1 and Chapter 2 are on the way! There is also a question to answer.

Today I have uploaded 3 new screenshots and I would like to tell you my current work progress. I hope you are patient because I think Chapter 2 will not...

The first Beta version of my custom story. I hope you enjoy it!

I made a video of it .
Here's the link : Youtube.com

I sincerely hope that you make much more improvements to your story in the completed version. Right now, I feel like it wasn't worth my time. Just some honest criticism.

edit: screen-tearing is rampant in the story, just so you know.

I am sorry, but notice you criticism. It is only a beta version and not the final one. The notes were only fillers and I forgot to remove them. You can adjust yourself to the fact that the final version will be better.

Hey
Just finished this custom story in like 25 Mins. i just want too tell you that it's one of the best i've played so far. The first scare u did, was creepy, and after that it wasnt so much scares. But so far, best i've played
10/10 ! :)

Thank you :)
Beside the two other games I am working on I will try to work again on the custom story to release Chapter 2.

Illusions of the Dead Amnesia: The Dark Descent