"I have lived on the island the most part of my life. We were aware of what was going on in the world, but the war passed by us. But our life changed, the unknown creatures appeared, it became dangerous for life to leave the town, but we went on living. Until the Combine had found us. Many people surrended right away and were imprisoned into temporary camps, but many others prefered to fight and were killed. We were wiped off. Only few of us survived when they battered us with headcrabs rockets. People run away to the rural area only to be ambushed by antlions. Just some of us who stayed in the town, had maqnaged to survive. And I was among them."

Yes, we don't released our mod in July. Sorry.
But we still working. Look at some new screenshots: 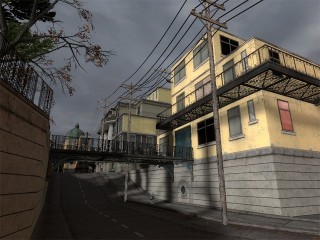 So, we almost finished Damned Island mod! There is still some work to do, but we ready to release the release date.:) DAMNED ISLAND WILL BE RELEASED IN...

Hello! Welcome to our new mod! We working on it since January, and now we ready to first media-release. You can find screenshots and features in mod's...

This mod seems to have gone belly up, like many other mods have.

Again, any new info for us people watching? (unless it's just me, but I doubt that.)
I hope you haven't given up on this mod just yet, and that's not to say that I want you to give up later, or ever for that matter.
just a little concerned.

Any new updates? I haven't heard anything from you guys in a while.

Sure, we have a lot of work to do (new maps).
Mod will be bigger than we expected when we started.

Ack, MODDB doesn't allow editing of posts. So it was delayed, better to have more work done on your mod then have it be crap.

The Release Estimate says July but its already August :p

u should put different zombie skins for it, or jus get a skin from another mod cause i hate those headcrab zombies

Just Me And My Gun Half-Life 2