This is a total-conversion MOD using the powerful graphics improving by Brightness of Non-Bloom(Made in China)
The Skirmish and Netwroks is saluting to "Red Alert 2", it features the 3 official factions from "Red Alert 2: Yuri's Revenge", as well as 3 original factions, such as alien faction known as Bacterian，from the well known STG game "Gradius" series, every faction has unique heroes who can turn the tide of the battle using their skills, like "War Craft", or "Dota".
The mod features an original campaign，the plot tells a story that the Earth is invaded by Bacterian in 2013 A.D, all majoy countries are fallen one by one, you are one of the survivors, you must act as the savior，combine with other heroes scattered all over the world, lead the remnants of humanity's scattered military forces to against the invader and save your mother planet, write down the history of the Heroes Legend at the end.
(translate by M-Tails-P, QQ:1938796687)

1. In this MOD, You can build all the familiar buildings and units such as Dog, Engineer, Prism Tank, Apocalypse Tank, Iron Curtain Device and Chrono Sphere Device, they almost have same usage and attribute as "Red Alert2 - Yuri's Revenge".

2. Every factions has 2 heroes, but you need promote General's Level through killing enemies first, then spend the General Point to study the skills. Every heroes has more than 4 kind of skill can be studied, "War Craft", or "Dota"

3. In this MOD, You can also build Navy force, different from other MOD, the Navy Yard is placed into the water area directly like "Red Alert2", it is more convenient to enjoy the Navy Battle.

4. There is a Training campaign for novice to study how to play. Never mind that you have not contact with , it is so easy to mastered the gist through the training campaign.

5. You can update the MOD version automatically at any times through the Graphic Setter tool(in the game install path), keeping your MOD is newest forever. but I can not ensure that it is perfect for the foreign player, so try to connect to Fk3d.cn:50001 in Browser first, if you see the response like "FK3D IP(xxx.xxx.xxx.xxx)", it means you can update successfully.

The 15th edition of Poseidon Wrath, a lot of units model has been remade, see the images page for more information.

Now we have our official bbs forum:
Bbs.fk3d.cn

Welcome to leave any message on the forum.

How to install this MOD

0、shut down your anti-virus software, such as KingAV、360、QQPCMgr、Kaspersky...... because it may consider some auto-uncompressing process as virus or trojan.
1、download and run FK3D0.80-Beta4.exe, then always click "Next"(下一步) till successed. Please don't change the default directory(If you are not an expert), otherwise, game may be crush, or cause some other problems.
2、When all are ok, You can start game in GraphicSetter's main dialog, click "Run Game" Button. 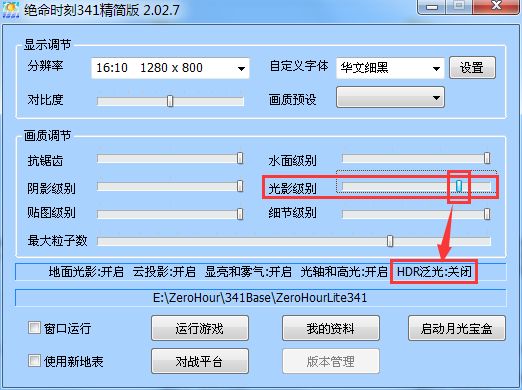 The 11th edition of 0.80-Beta4 has been released. The BONB Technology has been upgrade to v1.9, now ZH obtained the Next Generation visual such as Sky...

There is a half finished Language Pack Patch for English

Allies Campaign 01 Intro Movie of RA2 How to use? Just decompress it into the sub folder "Data\Movies" relative to the game install folder, replace the...

There are some bugs in Poseidon Wrath 011, so I released this patch to fix them.

This is a full finished Language Pack Patch for English，suitable for the newest game version: 0.80 Beat4 - Poseidon Wrath 005 and 006(next update...

This is a half finished Language Pack Patch for English，suitable for the newest game version: 0.80 Beat4 - Poseidon Wrath 005, but only translated the...

my graphicsetter gets several "????" in place of the letters, how can I fix this? pls help me...

also, its a great mod, if handled correctly has a great future!

the release version auto choose the default language of your windows OS to show the GUI letters, in some non English or non Chinese OS, maybe cause a bug. I will fix it in the next release soon

Can you update the archive of pre-made campaign videos on this site? By adding there videos to the ready-made new available missions of the Ra2 campaigns. Also, if possible, I would like to ask you to add in the next versions the ability to switch to the classic general control scheme in the game

Control scheme can be switched easily by anybody self from Graphic Setter, just right click the button "Run Game", then click the menu item "GUI Style Switch" ，there are two options can be select, "Generals Style" and "Red Alert Style". Try it immediately！I'm ensure there is a surprise for you.
I always using "Generals Style" to make main plot campaign videos and "Red Alert Style" for the Red Alert 2 remaking campaign videos.
Switch Control scheme by Graphic Setter is so easy, but very difficulty in game. Unless you can get the source code of the "Game.dat" and "Generals.exe"

pls help, how to turn on english, if its here.