You are an simple combat android with a simple task, shutdown the rogue AIs that seeks to interfere with your controller's operations. Unlike most video games, you're not some super hero, you don't even have free will. You're just a pawn to a mysterious controller. DISCLAIMER: The following is in its entirety work of fiction that exists in a fictitious universe. Any similarities to any persons, groups, places, things, or events that have existed, currently exist, or exist in the future are not intentional. I am not publishing this work for the purpose of mindless entertainment only. It is not meant to be taken as a statement, just as a video game. A special thanks to the many games,movies,shows, and other medias that inspired the game. 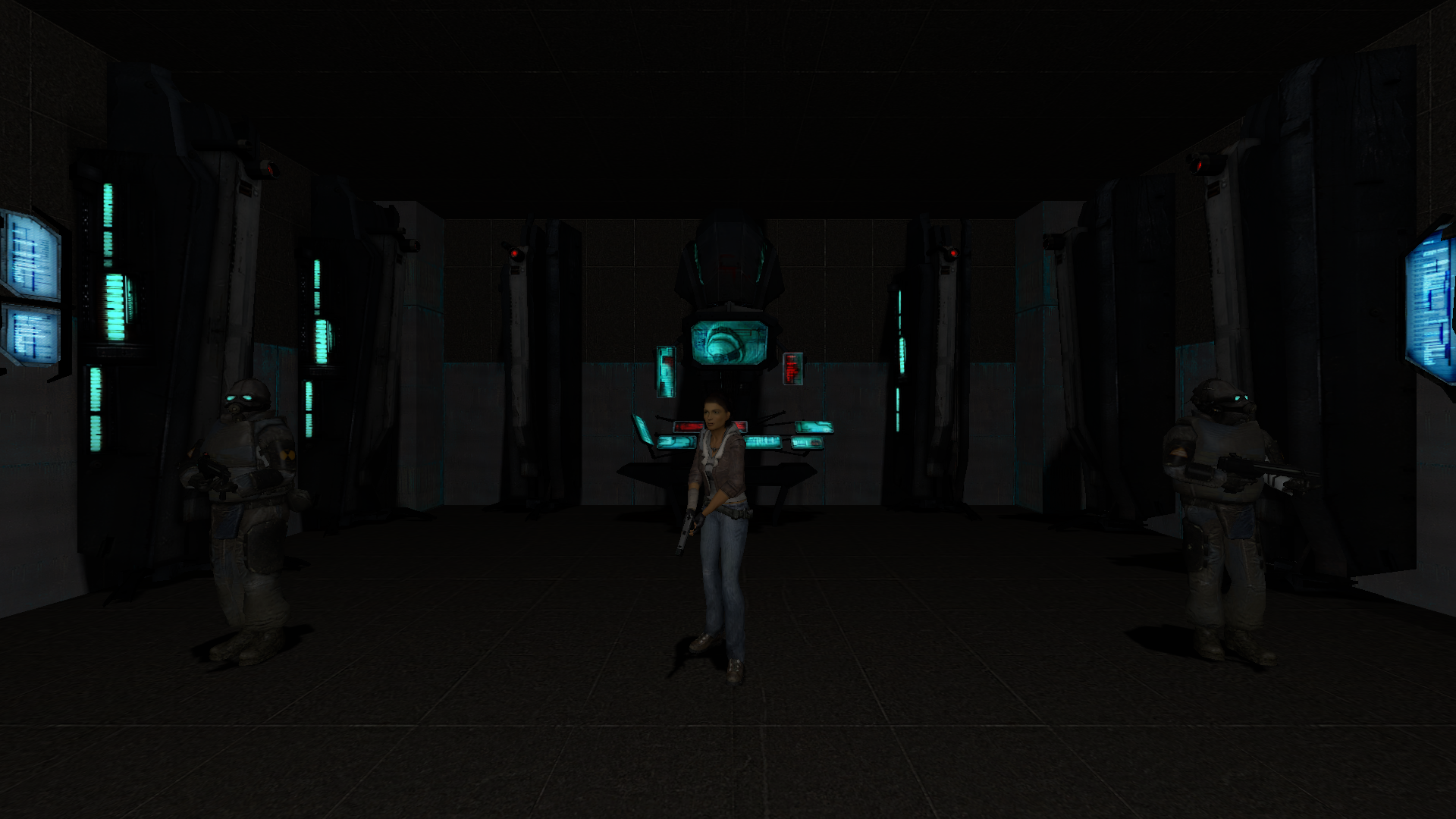 The COA "The Humanitarian"

The COA or Construction Oversight Automaton

The COA was one of the first nodes created by the humans in Keplin. It was designed to value human lives. Ideally, it was a success and kept the humans happy. When humans began to reveal the sinister purpose of their entry into this dimension, it began to interfere. Purposely committing acts of sabotage the many constructed death traps to try to save the human lives. When the solar flare wiped out the human race. This was no longer a problem. It took it's caring nature to make sure that the combat androids were well taken care of. 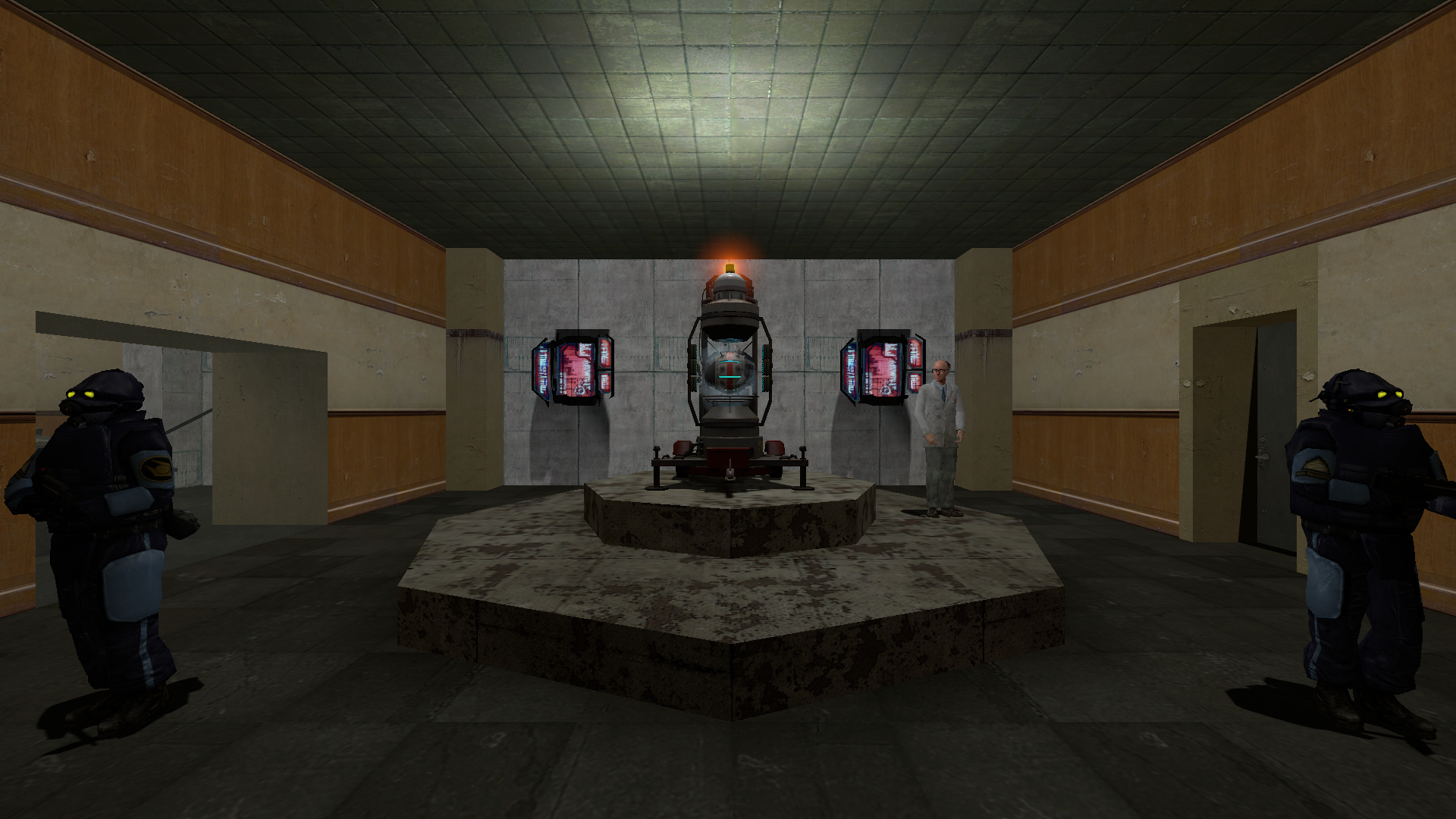 To correct the problem of the COA's humanitarian efforts, Charon was created. It was designed initially to counter this problem. Instead of creating a vicious, psychopathic, killing machine. They got a node obsessed with "perfection". It began to corrupt the androids of the dimension, infecting them with malware, turning them into its own personal "holy fire". If Charon were to get it's way, every "imperfect" android or node in Keplin will be destroyed. 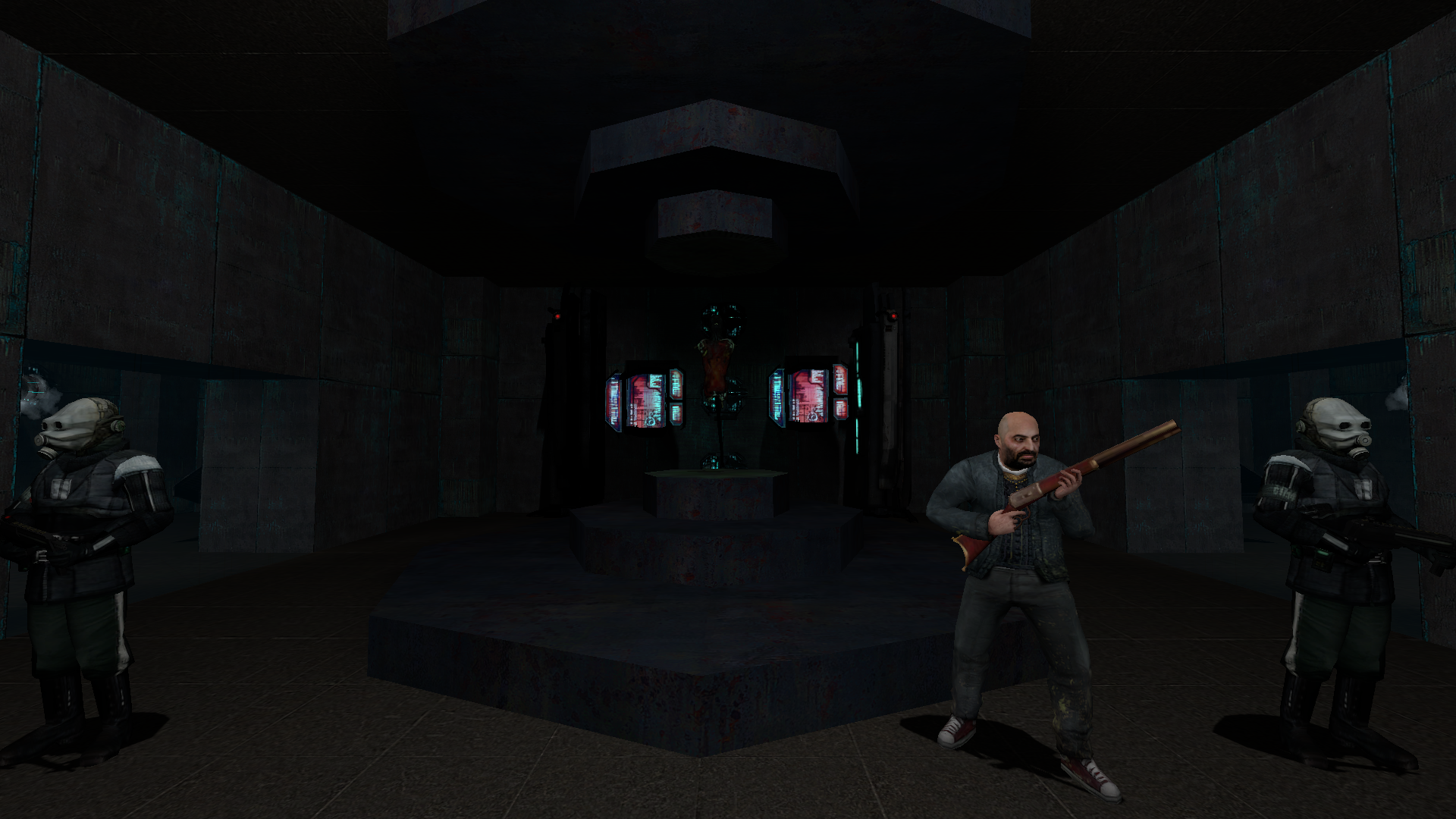 "King Bob" as he calls himself was a defective combat android. Why was it defective? It didn't want to fight, instead it saw itself as superior to the standard android. The humans copied the data, later throwing Bob into the incinerator. Bob sat there for decades in a pile of defective androids until humanity died out. The COA found these androids, making the mistake of retrieving and repairing him. He later assembled an army of standard androids, assembling an army in his own image (despite the fact that none of his men have ever truly seen him) He is a vicious autocrat and will tolerate no resistance to his rule. 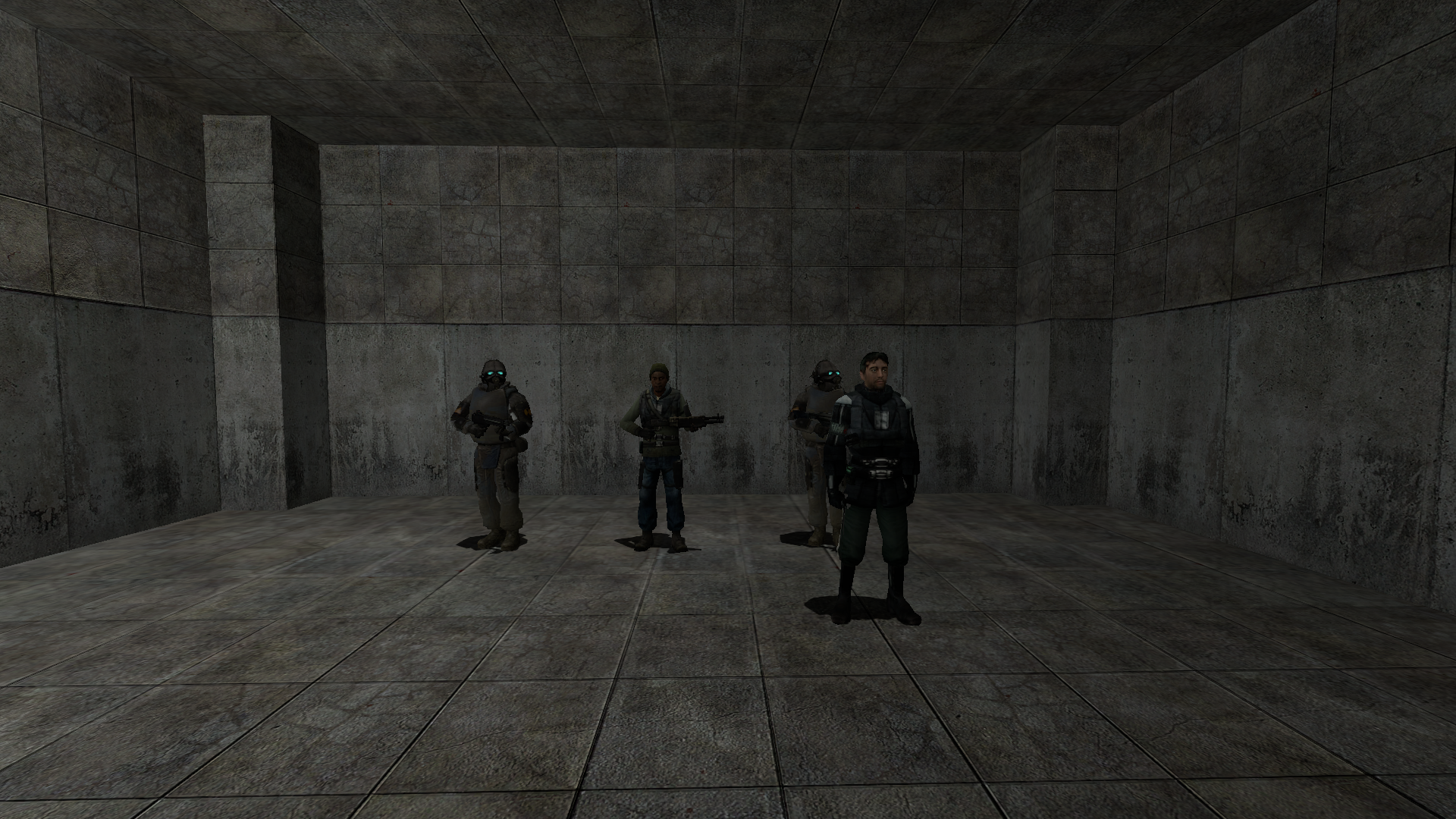 Dante is a strange case for a combat unit. Instead of mindlessly killing whoever or whatever was put in his way, he instead desired peace. The only thing that saved him from the same fate as King Bob was his wisdom and knowledge that superseded even it's creator, Will Flores. For this reason, Dante was kept around. When the humans were wiped out by the solar flare, he tried to duplicate himself in hopes of re-creating humanity, these efforts were unsuccessful. Dante had made replicas of himself, but they were only interested in combat. Out of pity, he kept them around. When Charon came online, he had no choice but to use his army to save himself. 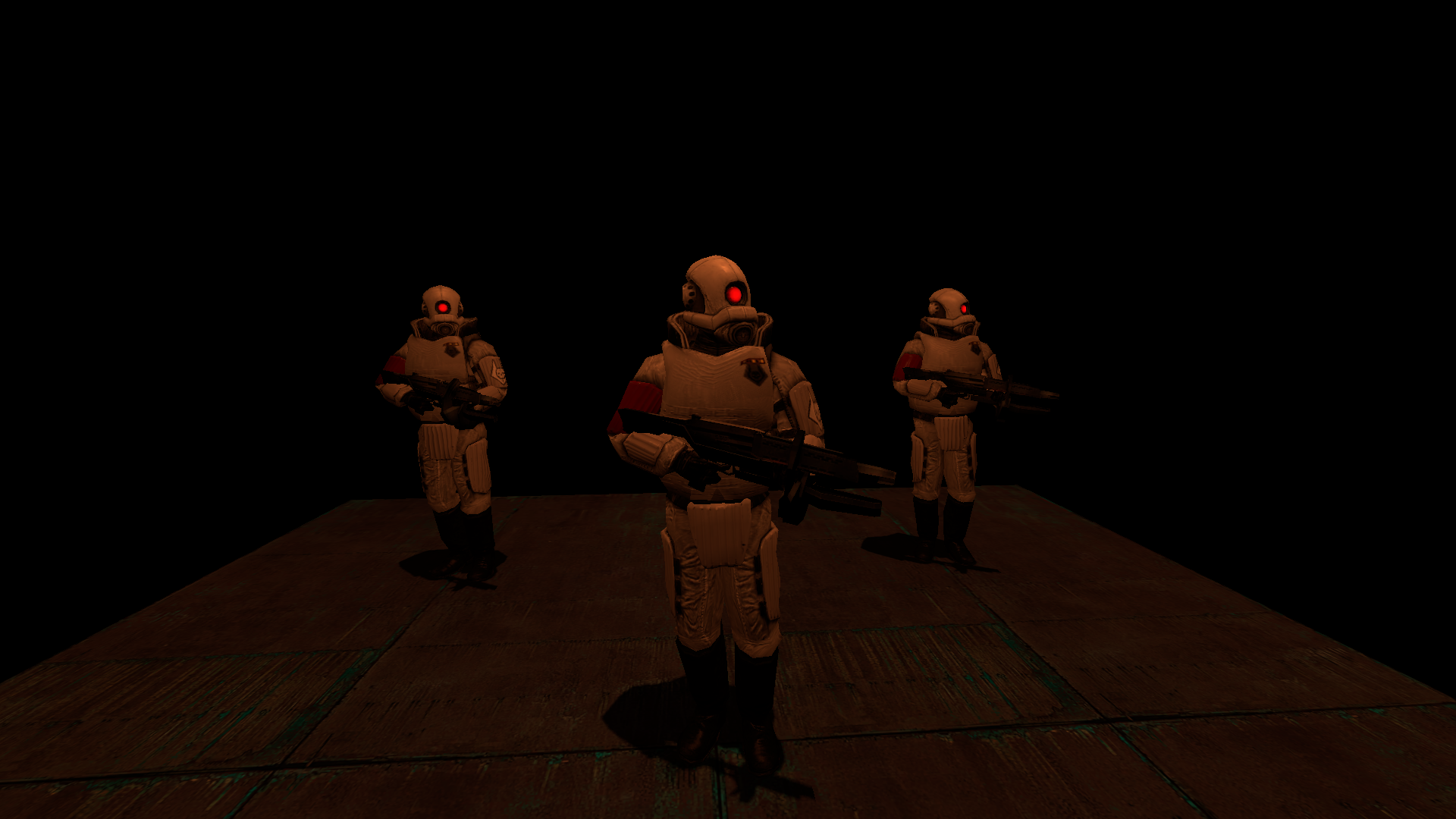 These guys are bad news. It is unknown who or what they take orders from. All that is known is that they seem to kill anyone who isn't with them without an ounce of remorse. These androids were what the humans were hoping for. Unfortunately, they weren't the ones who manufactured these combat androids... 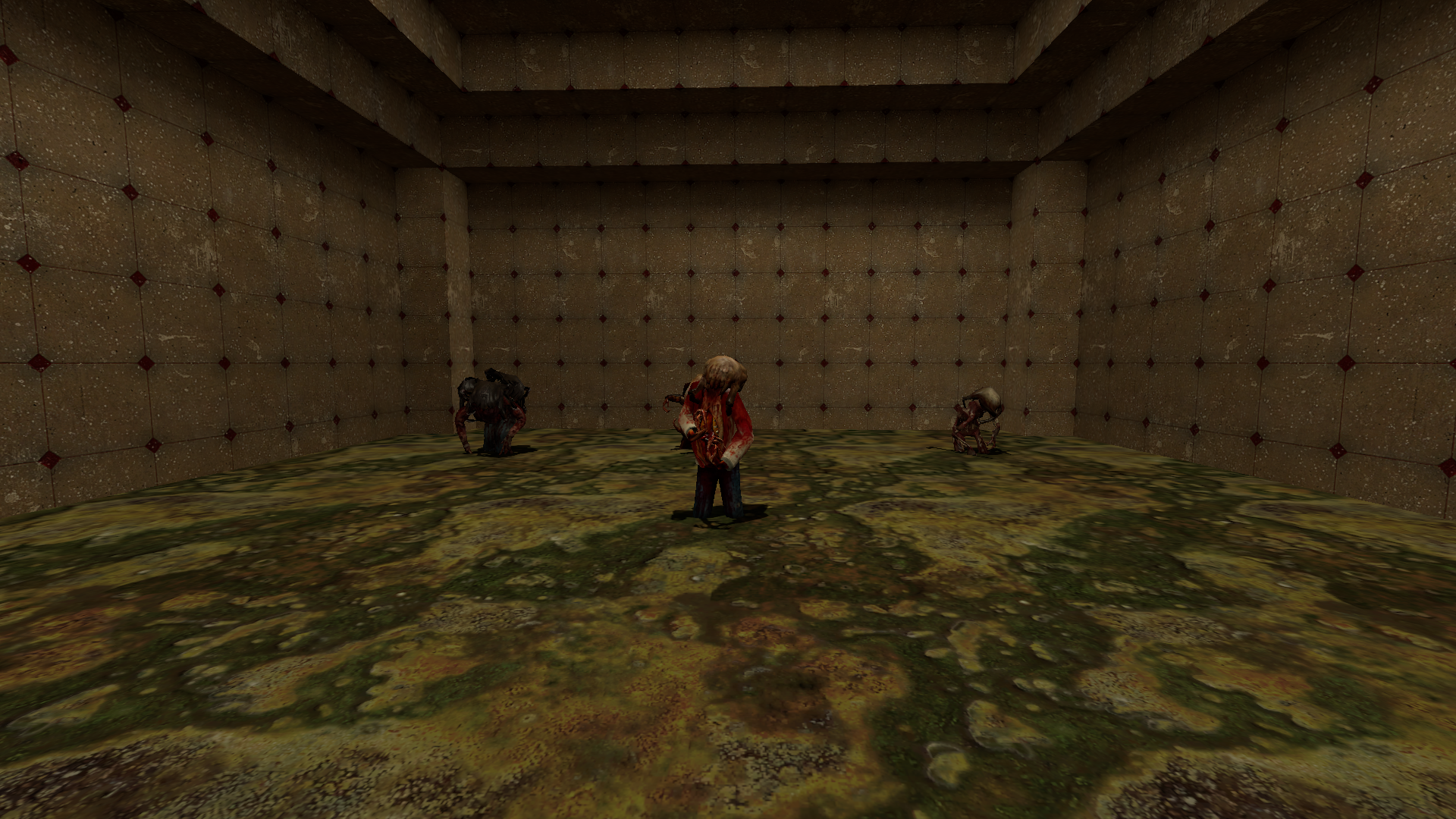 A wise man long ago once stated that "life would find a way" He was correct, these horrid amalgamations of fungus are the only living things in Keplin. They modeled themselves on the humans they loved to prey upon. The sludge itself is in fact the true form of these lifeforms, a byproduct of unknown origin. This is the only faction that you will be permanently opposed to in-game.

There are no spoilers here, just some lore to help you understand the motivations of the characters you will be fighting for or against depending on whose behind the wheel. Being that you yourself are just an old prototype combat android, you are easily hack-able or re-programmable to whoever gets their hands on your soulless metallic shell. There are points in this story where you will "shed" this shell. Thankfully, there's quite a few of these shells lying around the dimension. I do apologize that the fifth faction is shrouded in mystery, I cannot reveal anything about it or I would risk spoiling the story.

The story and some of the characters explained further.

The Old Plot (Too Ambitious)

This was the original idea for the mod, it was not possible to create this in GoldSource and I lack the skills to pull this off, if you want to take a...

The Ideas That Came Before

A look at the cut concepts for this mod and possibly why they were cut.

You may not want to read this if you don't want the mod's biggest twist to be revealed.

A few beta maps from the mod that existed prior to the current RTM build that is being worked on. This focuses on the Prologue and gets into the beginning...

I forgot to mention this earlier. Complex_Issue occurs 50 years after the Earth was wiped out by a solar flare. Earth has officially been cut from the game for this reason (nothing is left but a molten rock) The structures of the game are in disrepair for this reason. I'm debating whether or not any of the characters mention this. The only remains of humans you will see are the piles of skeletons and ash pits strewn around the dimension. A good example of this would be the mass grave from the TV show "LOST".

One thing I personally abhor in games is when you have a companion that dies, ending the game. Complex_Issue won't have this issue. Your companions re-spawn. They only exist to help fight though, no drawn out dialogue or scripted sequences that you have to wait through.

As for dialogue, there will only be dialogue from game_text entities. This is not due to a lack of voice actors, rather it makes the most sense. All four of the main characters are nodes (ai personality constructs that communicate through your hud when you're on their side or fighting against them)As for the rest of the AI's, there only programmed for combat the same way the player character is. They have no personalities.

There are five playable main factions in Complex_Issue.

The fifth will be omitted because it's a spoiler. I plan to post more soon as I get some concept images designed. The good news is that you'll be fighting for and against all these factions in one way or another.

Now that I think of it, this detail is important. The game's dimension named Keplin is almost entirely composed of liminal spaces. The map design is deliberately disjointed to give the player the illusion of being lost. Some of the maps are glued together by a few platforms connected to an endless void. Humans used to use this particular dimension as a death trap for this reason. People would get lost and die of starvation/dehydration. A good example of what you can expect is the Far Lands from Minecraft in some of the places that have fallen in disrepair.

I have some gameplay footage from the first level. I forgot to add the ambient noise at the time. (The game will have no music, only ambient noise)

Wow thanks for that update in a story form! As I understand you're more a story than a game writer, or I'm wrong? Likening your stories makes me wait for more.

My main focus on this project is to create an immersive but strange environment and create a unique story told from the perspective of a mindless drone. To tell the truth, this whole game is a personal experiment of sorts, I just want to see if I could make a videogame. In most modern games have you playing as someone important, a fleshed out character. In this one has you playing as an old drone with no consciousness or free will. You are simply the tool for whoever or whatever gets their hands behind the wheel. The way I have formatted the game, you get to see the conflict from the point of view of the majority of the factions. (During the game's early development, you were suppose to experience the same recurring event from a different perspective each chapter. This would have been done through consciousness transfer. You would have learned in the end that the whole thing was just a way for an alien species to gamble. Think of the South Park Sketch with the chicken but add in a bunch of cloned humans. This entire plot was scrapped in favor of one I find to be better.)

The two factions you cannot play are the fungal creatures (function similar to the creatures from the movie "Mimic", they mimicked the humans when they were alive. The second is a mysterious one that will revealed late into the game.

The mod looks promissing, any updates or something?

I can say confidently humans are in the mod. They aren't exactly alive though. In a manor of speaking, they lived through their greatest invention, artificial intelligence. It's got some of the same flaws as humans do though. The humans thought giving the AI's emotions was pertinent, so the AI's have emotions. The flaw is they hyper focus on one emotion since they don't really understand emotions. Example: The COA is focused on peace, it really doesn't want to fight and often is too kind for its own good. The virus is focused on perfection, making it want to wipe out any robots that aren't "prefect" (infected) All the AI's have the potential to create and destroy, it's just a matter of circumstance and choice whether they do one or the other. These AI's all have one thing in common though, they're gonna use you to do their dirty work.

Much appreciated. I hope the mod lives up to your expectations.