Complete Rampage (A Beat'em up mod for HoMM3)

Although we call it a mod, we haven't actually modified the HoMM3 source code. The relation between the original game occurs only at a level of visual and auditory resources. That means the graphics, sounds, music, and the whole Heroes of Might&Magic 3 theme of course!
The only relation to the classic game modding concept is the fact, that our project is just an overlay for HoMM3, and should never be runned as a standalone program!
You can't run the mod if you are not owning a copy of original HoMM3 game.
Run the exe, or see readme file to see the instalation guide.

Unlike battles of huge armies, where proper tactics and military training are everything, surviving in post-reckoning world requires equal amount of dexterity, strength and courage. Acquiring psychological advantage and thinking several steps ahead are crucial when fighting a single opponent and we've put a lot of effort to create such an experience ;P.


The game is in its alpha stage. Engine is mostly finished and the base is prepared for expansion, although several new mechanics must be implemented along with the rest of HoMM3 creatures. For now we've got 3 playable characters:
- Goblin - close combat melee fighter
- Troglodyte - long distance melee fighter
- Lizardman - shooter, able to poison his enemies.
- Beholder - a mana using monster. Shooting laser and lightning bolts.

There are two game modes: duel against human opponent and duel against goblin AI with 3 difficulty levels.
Although our AI is doing it's best to Beat'you up, we recommend trying a Player vs Player mode, which is a core part of the game.

„Antagarich ceased to exist. The final clash
of Armageddon's Blade and Sword of Frost
has destroyed the kown world. However,
the flame of life is able to keep on burning even
in the strongest blizzard.

Have you ever wondered what has actually happened to Antagarich after the Reckoning? What if some of its inhabitants survived, looting scraps of fallen civilization? Abandoned by their leaders, they would fight against other survivors over any pile of trash.
Time of great empires and disciplined armies is over. You have to develop new skills if you want to compete in this unforgiving world. World of HoMM 3 Complete Rampage.

"Decimated creatures and a few
heroes that didn't make it to the gates to
Axeoth, remained in Antagarich.
We don't call them heroes anymore,
we call them trainers of the beasts.”

We would love to add new creatures, maps and a mode where you can fight multiple enemies... with multiple allies... if time permits :D

Any kind of feedback will be appreciated !

btw - what homm3 characters would YOU like to see next?

Better late than never!
Our Christmas package for you have finally arrived :D 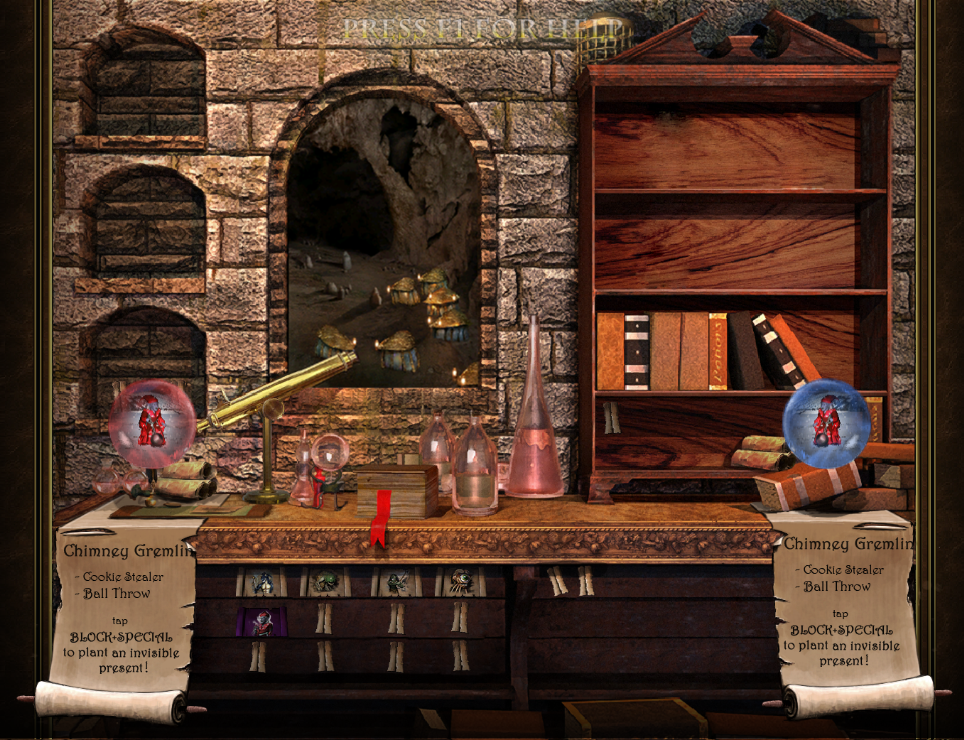 Gremlin is a heavy damage fighter, able to hurl a metal ball and plant an invisible land mine! 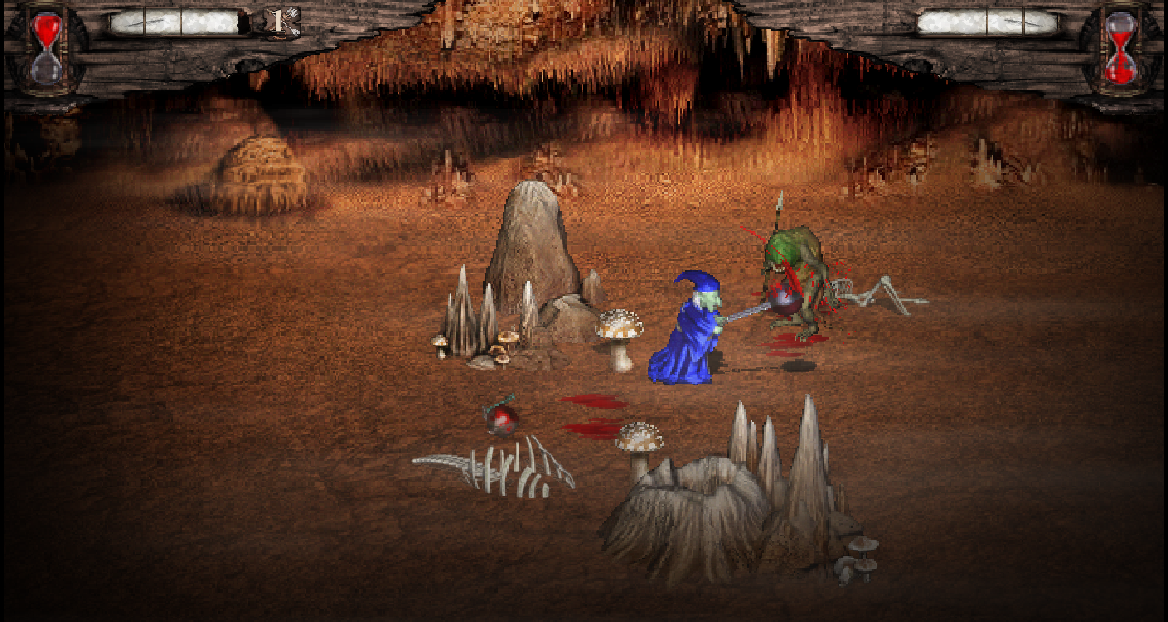 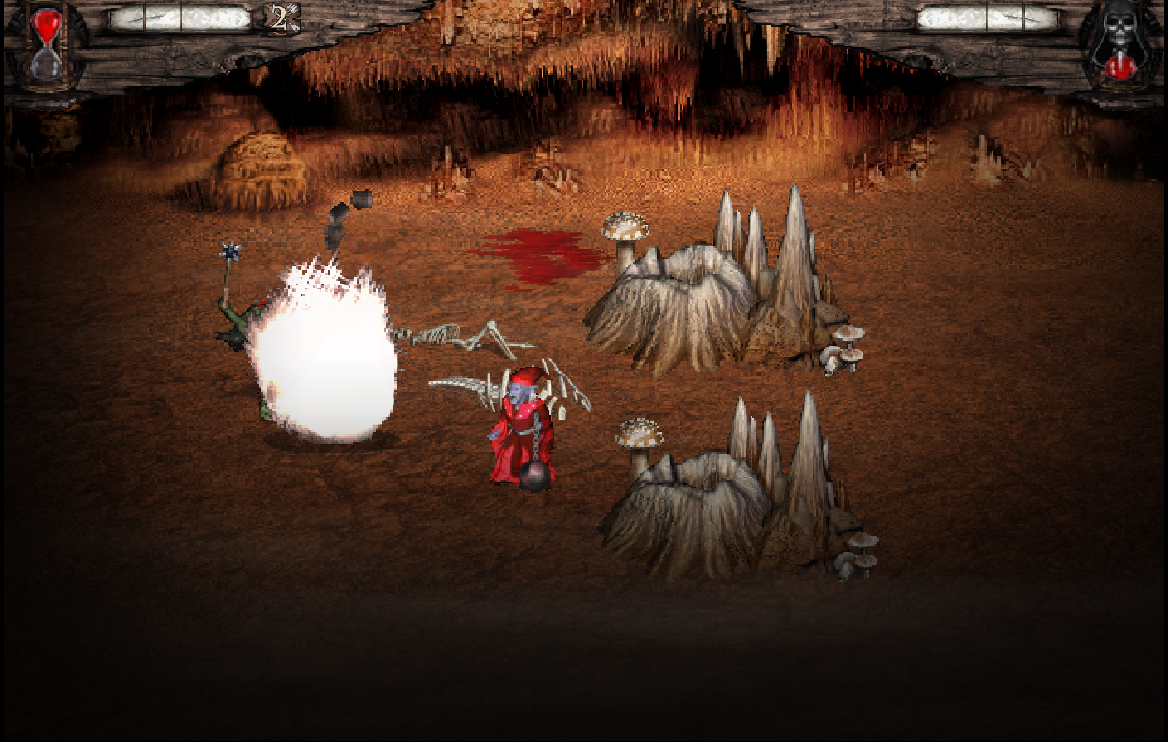 Im particulary proud of the gremlins graphical and sound effects - the huge metal thing really looks like it could break a neck.

Things got rebalanced a little, each character is unique and it takes a while to know each and every one.

HOWEVER, the next thing... will be the cooperative, classic beat'em up mode (raid on a goblin village?)

Finally, We've got an update for you! A new, shocking character for Homm3: Complete Rampage.

Update on the way!

A new Character for You, and for Us :D W'ell post an update after a few more balance tests.

Better late than never! Our Christmas package for you have finally arrived :D A new character for HoMM3: Complete Rampage Master Gremlin!

Complete Rampage (A Beat'em up mod for HoMM3) v1.1

We present to you a unique modification for Heroes of Might and Magic 3. A bloody, Player vs Player fighting game :D.

I feel the need to also ask this question, in hopes that if the creator(s) see that we are constantly watching and interested - maybe they will revive the mod!

;'D
I've managed to find the pass to this account.
Thank God.

We run a small software house in Warsaw now, We have a lot of gamedev work hahaha.

HoMM 3 Complete Rampage is... a Game Maker game.
We still own the source files on GIT - and if we manage to convert the thing to Unity engine... WHO KNOWS XXD
There was some serious work done on October 2018, haha some multi Enemies AI implemented to proceed with Moonstone-like beat'em up mode.
Damn it would be so much faster to just develop it in Unity theese days.

would this be possible in "go right" beat em up form, where you pick a soldier from a faction army and go kill tons of enemies on the battlefiels as you walk right to the harder ones? maybe unlocking better tier creatures with kills? kill the hero? xD

Haha, yup, we wish to find enough time to add such mode in the future.
For now, it remain in a realm of dreams ;D but it's clearly possible.
It requires some really hard work though. It's our first project, and the code is kinda messy.
Anyway - the world belongs to brave people :D

Single & Multiplayer
Tags
Embed Buttons
Link to Complete Rampage (A Beat'em up mod for HoMM3) by selecting a button and using the embed code provided more...