Mod will bring back Tiberium Wars to Red Alert 3 engine! 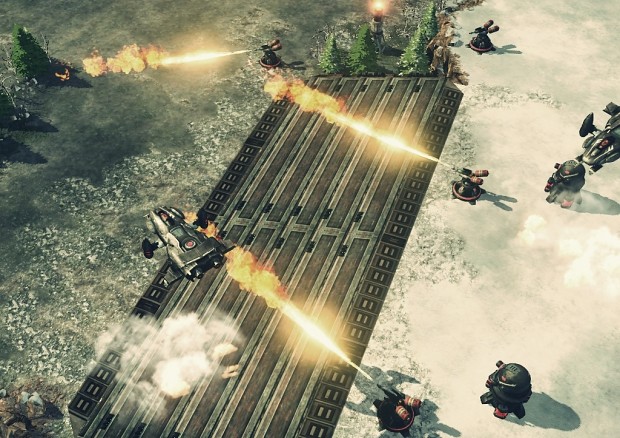 Nice, where you got the flame def though? if memory serve the TT Nod flame def was different~

Did you made it in max?

Looking at it again it remind me of that Nod's mecha with shield (I always forgot it's name, start with "C" iirc) from TT

Did you perhaps took/inspired the design from it?

could you please stop watching the others and give us any update of your mod ?
you know we have been waiting for so long .

Did I Say Something Wrong ?

Yes. You trying to tell someone what he should to do. That's not nice. That's why you get -karma. Hell says Hello to you.

Well. I am Sorry

Nice Work. Keep it Up

That's a nice edit of the viper turret you've done there.

Nice to have an update after so long, looks awesome!

Those flame effects are top notch!

Is this mod still developing?

Some of black hand's base defense.

Flame Column is alternative to Nod's Obelisk of the Light. It lobs anti ground projectiles which causing firestorms on target area.

also new flamethrower effect. I hope you like it more than previous Moddb.com