A brief summary is that this has been in the works since 2014 and has had some rough releases from alpha into beta-1 and right now is in a mostly playable state with minor visual bugs here and there and some tweaks to configuration files that need to be made. There's more to add, and also have been making Command & Conquer: Red Tide, which is its sister-mod, but still the same story, and follows Red Alert as a prequel to Tiberian Dawn, which is from what I understand the original intentions by Westwood Studios before they made it its own universe entirely.

Just when we thought Macser was done modeling for the mod, mainly from lack of time and concentration in other projects, along with his graphics card going belly up, he came back to me with a new surprise!

Modeled after the M2 Bradley IFV, he made a Brotherhood of Nod specific Bradley for the mod! He got it into game and it just looks marvelous. 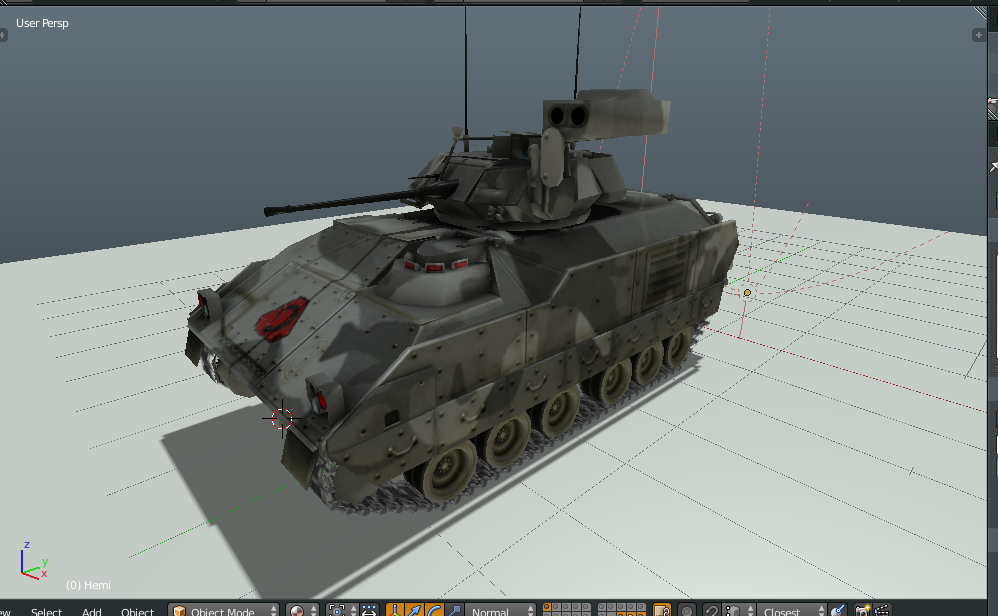 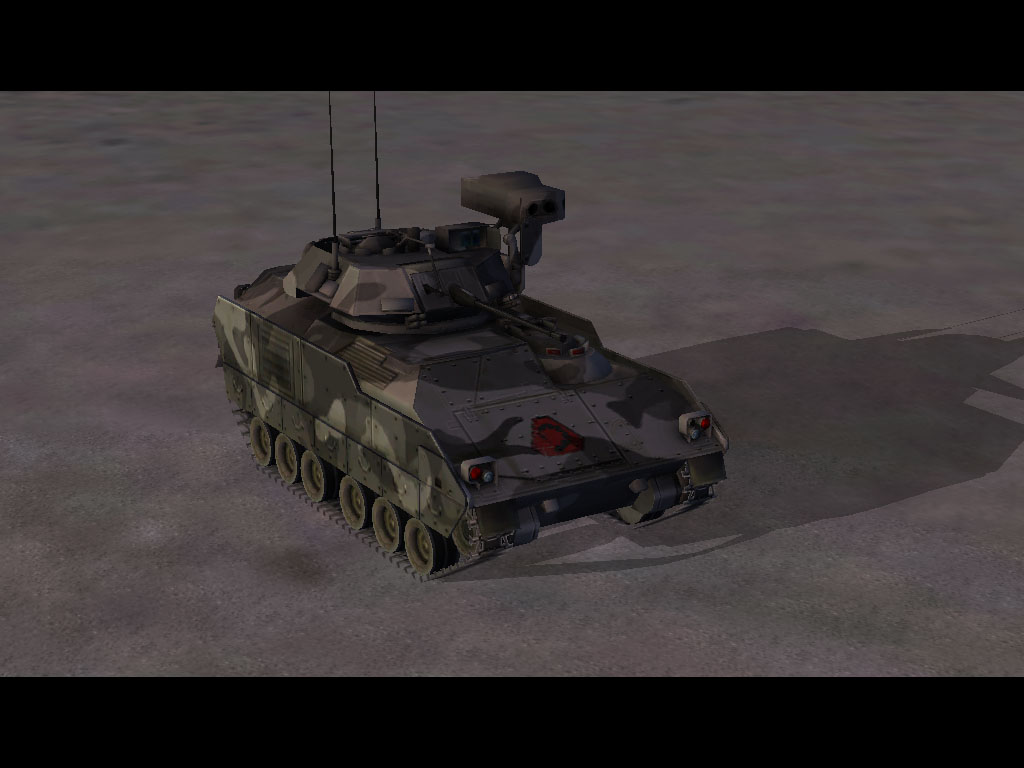 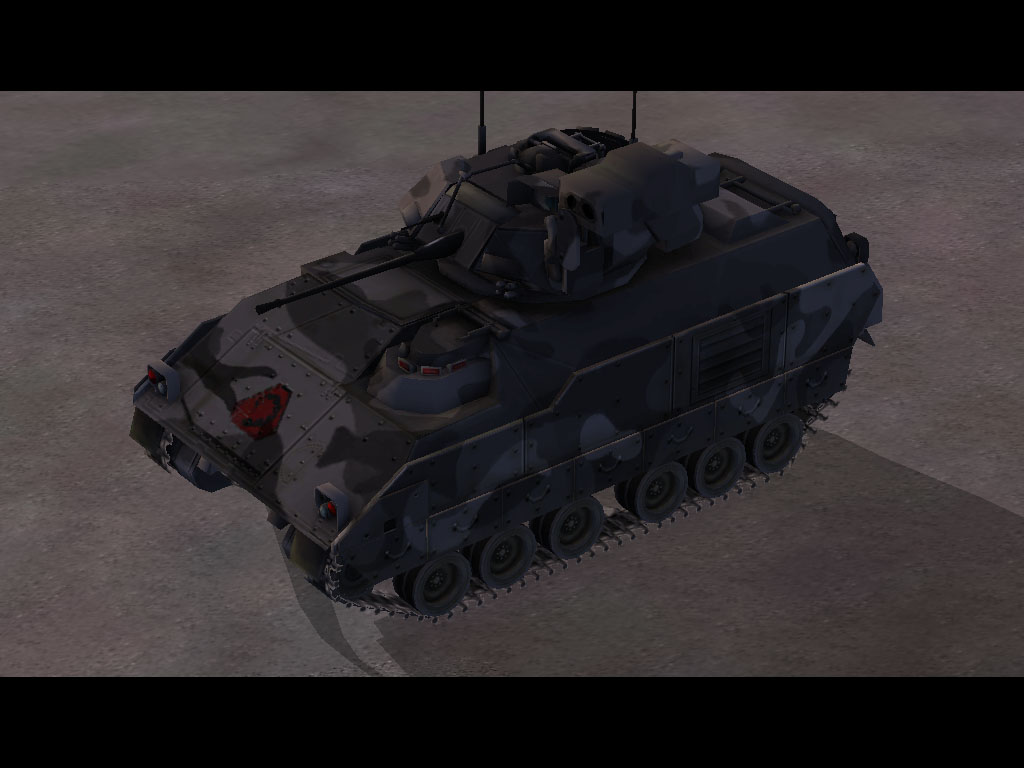 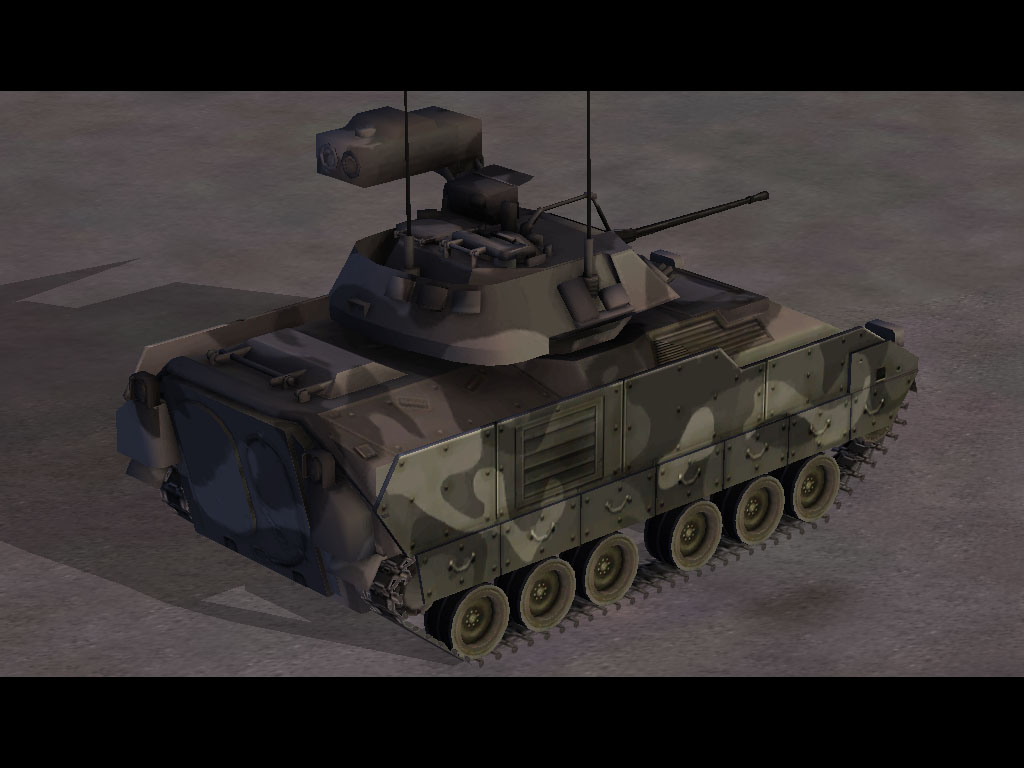 This is going to replace the model I've been using, which is a re-skinned BIS model. I really love this model he made and it looks great in-game! Here's to hoping there are more models in the future (still need a team to help me out).

As always... PEACE. THROUGH. POWER!

A basic description of the team, as well as a small introduction to the mod.

This is the Beta 4 release of C&C: Brotherhood Rising. Remove @CNCBR from your main directory before extracting this one.

This is considered a demo rather than a "full" release, because it's still in beta.

My rating of the addon.

Air Vehicles, GDI.
An A10 warthog are used, along with a Chinook helicopter.The Longbow vehicle is either an unskinned vehicle with an Apache helicopter placeholder, or just an Apache helicopter. I'd never know. Other than that, the other vehicles are very fun to use, and the Orcas are badass! Don't change them in any way.

Ground Vehicles, GDI.
There aren't many custom vehicles to speak of, and the ones that are custom made are kinda cool at best. Unfortunately these vehicles suffer the same fate as the aerial vehicles. A lot of them aren't custom assets. They are ripped from other mods.

Infantry, NOD.
The NOD models are different, and I've never seen them before. They look nice! There are no new weapons sadly, and are just vanilla Flashpoint weapons.

Infantry, GDI.
The models are taken from WW4 Extended, and thats all I have to say about that.

Command & Conquer: Brotherhood Rising is a mod that has a lot of potential, but starts itself clearly on the wrong foot. It is made with a lot of love, and possibly laziness. I can't tell. I cannot judge the mod too harshly due to the mod being in Beta, but what I can say about it is this. Create new models and weapons true to the Command & Conquer universe.

Thanks for the critical review. Hopefully I can get better at this, because I'm just one guy and there are limitations. I put my heart and soul into this mod and is the only real escape I have with the current virus. It began at first as an infantry demo and then evolved, with some help and permission from other authors, to where it is now. Mind you I never took assets and made them my own, they were given to me - and also WW4 Mod is open source. I wanted it to be as true to the C&C universe as close as I can get it, but also maintain some sort of grounding with reality. The sci-fi elements are there. I'm hoping to get the Ion Cannon and Nukes in at some point, but that'll be later. And I need the rest of the Nod special buildings, which thankfully Macser helped me with. The infantry loadouts were a personal vision of mine, and the Followers of Kane are a cult that eventually makes the backbone of the Black Hand. Red Alert is, in my eyes, a prequel to Tiberian Dawn, thus why I am using the content I am using.

That being said, an example of too much would be the OFP40k mod that uses Dawn of War assets and tons of other things - not to diss the mod, of course, as I play it sometimes.

It's true, I was lazy in some regards, but I'm no less proud of where it ended up. The only other C&C mod out there was by the Tiberian Sun era mod team who have ceased development - as much as I would have loved to get into contact with them about assets for the eventual Tiberian Sun era of this mod. This is primarily Tiberian Dawn (mid-late 90's to 2000). I appreciate your review, but you left out Libya, and the Allies and Soviets.

I am not a 3D artist - I do reskins and configs, that's about it. That's why I had people donate content to the mod and I give proper credit for asset usage.

I'm also not a mission maker, so sadly that'd be a community driven thing. My original intention was bringing C&C related/themed content to OFP/CWA, and at least at the basic level it does this. There was a lot of work put into the configs for the mod. I know it's not a perfect mod, but it's something, and eventually I will get to version 1.0. Again, appreciate the critical review, and I hope I don't sound defensive.

I 100% understand man. Just know do far I've enjoyed the mod. Didn't know that you had permissions, and WW4 was open source. My mistake. Youve clearly got a lot going for yourself when it comes to that mod, and I wholeheartedly say that I cant wait for updates. Cheers.

Oh they will come, my friend. Thanks for being understanding, and the support. Reviews help me make a better mod. In all honesty, I'm the only one on the team as of late and looking for help.

such a great idea , i always dreamed of someone combining C & C into the arma engine

Ever since Renegade, even when Renegade was in conceptual stages, I thought an FPS experience in the C&C world would be amazing. I figured this game (and its sequels, eventually) was perfect to utilize for that, because of the massive scale that OFP/CWA presents to the player.

Renegade was good, however was still a bit limited (I do still play it, because....awesomeness...) in the fact that the battles weren't quite as large - primarily because maps were much smaller. C&C has always been a war franchise and I figure why not use a military simulator? The maps/islands are massive, and with mods still look amazing to this day (even WITHOUT mods, it's really fun)!

Note: I never implied that Renegade was inferior, because it was part of my early teenage years.

I assure you, this mod will be the best it can be. I was always disappointed to see other mods fail years ago, like Tiberian Genesis (TibSun era, which they eventually ported to ArmA: Combat Operations/Armed Assault) fall by the wayside. I'm not allowing this mod to die. I'm going to at the very least finish TibDawn era stuff, and hopefully with help from one of my friends, get further down with the Red Alert 1 era.

Do you have plan for C&C renegade model too?

That's my plan anyways, but for now I'm focusing on the original C&C and work my way towards TibSun, with Renegade being in the middle. :)

Thanks. If you know anyone who would like to help, please let me know. Macser's computer went kaput, but I do have one or two people helping me. :)