Command and Conquer Generals - The Battle For Middle-Earth

The main purpose of this mod is to combine both RTS Games in one. In this mod you will be able to play as USA or Mordor.

OK, what we have got for this current time. In this title i will talk with you about two faction's available for playing in my mod. It is USA and Mordor. I would not like to change the USA faction, because i think it is looks good enough for changing it. But... what about Mordor faction. I used China faction and remade it to looks more like a Mordor faction must have look, like you have seen it in original LOTR: The Battle For Middle-Earth. I suppose you need to have some look at screenshots and then we will continue our talk. Is it alright? 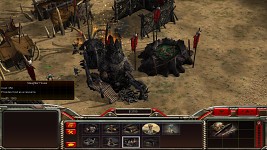 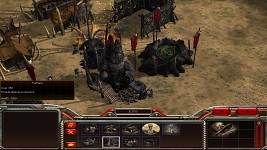 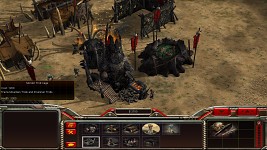 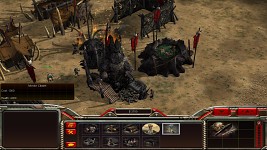 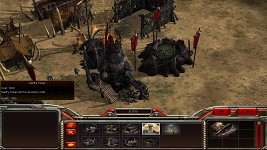 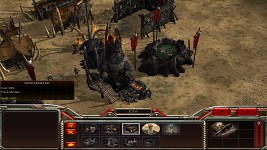 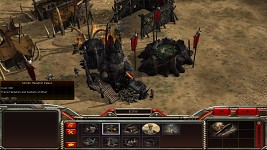 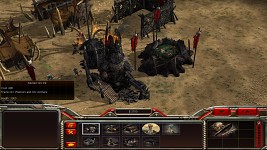 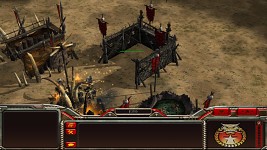 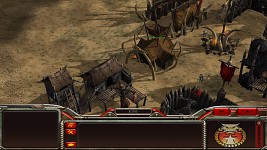 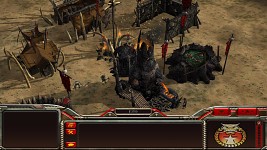 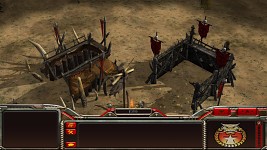 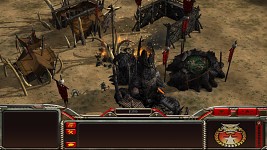 So, you have targeted your eyes on the screenshots, let's continue our talking about the mod. It was really hard for the first time to port stuff from the The Battle For Middle-Earth to the C&C: Generals, because LOTR was released later then C&C: Generals. Why i am talking about when this both games were released. Because many function's in files were changed and i was recreating the LOTR functions and make it work in C&C: Generals. In the alpha build if you will play against Mordor faction, the AI will not work. I am repeating, if you are good in C&C: Generals modding, you are welcome. As you may know, C&C: Generals has many script's, that can be modified without changing the C++ side of C&C: Generals. I hope you will help me with the mod. I have talked about the mod some time. Have a look at the videos below.

Thank you very much. I hope you enjoy the talk we have today.

Command and Conquer Generals - The Battle For Middle-Earth - Alpha Build

The main purpose of this mod is to combine both RTS Games in one. In this mod you will be able to play as USA or Mordor. It is really early alpha build...

lol i actually planning to working on a ZH with BFME stuff - Vanilla generals is not easy to mod , adding new units and structures on the game breaks the worldbuilder which is very important , without it you cant make ai for your mod.

I would strongly disagree, Generals is ONE OF THE EASIEST games to mod, adding a new unit or structure DOESNT brake WB unless you do it wrong or miss things.
On the other hand, the SAGE has ALOT of limitations, there are limited amounts of AI slots per map, limited upgrades and so on...

It looks good but needs a lot of work

i had the same idea a long time ago, but did not even start the project because despite iys the same engine, it would not work properly without patches like Ares for Red Alert 2, but nevertheless you have managed to do smth like that

Single & Multiplayer
Tags
Embed Buttons
Link to Command and Conquer Generals - The Battle For Middle-Earth by selecting a button and using the embed code provided more...