Innovations:
- A historical mission dedicated to the 25th anniversary of the battle at the station of Grozny, with narrator voice acting.
- Various minor edits

Added - A new
solo mission-reconstruction of the Chechen campaign called "New Year's assault" tells about the events at the station of Grozny during the first assault on the city in December 1994-January 1995. Announcer from Mikhail Mazin. Concrete stamp and railway objects from Fil were used (Modern Patch mod)
-Some cursors from winonaforever
-Chesh and Israeli texmodes F-16C, improved basic texture
-Row of texmodes Mi-17 - Iraq, Czech Republic, Russian Federation
-Chesh and Iraqi texmodes Mi- 24V -
Czech texmodes MiG-21 and Su-25 -
texmodes of Great Britain and Israel for UH-60
-British MAN
teksmodes -Updated paladin textures
-Some entourage objects with permission WCW mod.
-Updated skins of the federal troops of the times of the First Chechen (based on existing models)

Changed
-Marker for the N button in the multiplayer now has a fixed (regardless of camera removal) size and should be better visible from afar.
-The ATACMS cluster submunitions dispersal area was increased (the amount is the same)
-15% chance of engine failure during successful fire fighting in the armored
unit was added -Externally, the special action button was updated
-Customized reverse gears. By default, the reverse speed is 25% for wheeled and 20% for tracked speed forward. Some cars (BTR-90, AMX-10, Marder? Octopus-SD, Tunguska, T-14) have a reverse gearbox and are capable of reversing at the same speed as forward. Other tracked vehicles (mainly western) have more than one reverse gear and have a reverse speed of 25-40%, and sometimes more. Wheel machinery, as a rule, is no different. When moving backwards, missile preemption is taken a little incorrectly, but due to the lower speed of movement, this should not cause special misses. It is also worthwhile to understand that if forward motion calculations are carried out for speed along the highway, then backward - for ground speed, since the determining factor is not the resistance to movement, but the gear ratio.
-Leopard-2 due to the special design of the clutches there is no delay when switching from forward gear to reverse and vice versa.
-The probability of destroying a tank with a direct hit of a 152mm projectile was increased from 30% to 66%
-Small texture

corrections Fixed
-The speed of missile markers was increased, which should reduce the chances of non-
capture for aviation -The Exactor Mk2 marker moves in an arc, making it easier to estimate the distance to the target for an obstacle.
-Fixed guidance of the Brimstone ATGM and AIM-9L SIRS to Tornado support. It turned out that some minor flaws in the designation of homing missiles can only be noticeably manifested if there are also NAR / multi-barreled cannons / bombs on the wings (not fuselage) suspensions.
-Restored the work of missiles in a cooperative
-When hit in a package of attackers, the Grad behaves as if it were in a combat unit. Shells no longer fly right through.
-Machine guns are destroyed during a collision faster than 7-10 km / h, even if the contact did not happen with the bed, but with any part of the gun. Previously, some ATGMs were choking with difficulty due to the fact that the tank / armored personnel carrier did not touch the bed, but the tube, breaking it, but not destroying the entire ATGM.
-Reduced "twitching" of wheeled vehicles in collisions with obstacles.
-Reduced visual effect of firing from the AGS
-In the missions "Losha" and "Island of Crimea" the enemies do not attack their own masksets
-Night the lights stopped twitching slightly every 15 seconds when checking the need for their work.
- Cars with non-standard (undeclared in the def and having zero thickness - for example, the hood of the Urals) volums do not explode when hit by missile guidance markers.
-Damaged camouflage net does not interfere with actions on standing on the unit. For the cursor, it becomes flat and does not remain taut.
-U Su-25 is shifted 3 meters back the missile aiming point.
-T-72A, T-72B are returned to the tank biathlon and T-72B3 is
added. -Determination diagram of the Sturm-C
-In the “Breakthrough” mission, the allied equipment no longer gets stuck on the edge of the map due to incorrectly set control.
-In the mission "Breakthrough" localization on the airstrike button has been fixed.
-LAV-25 missile unit was repaired, now it doesn’t break off guidance on UAVs (see comment 1)
-Ustraneny problems with automatic takeoff UAV
-Raketnaya installation Avenger is now the main weapon, and can be selected by right-clicking
-Vagony explode bullet
-Fixed scheme cannon Wiesel
-Fixed a bug with the inability to borrow some units in bezbrigadnom mode. To do this, a flag button has been added showing the side of the player.
-Fixed the absence of a delay when firing with a defective AZ of the T-72
family -Fixed a possible incorrect operation of the DZ when firing the cop in focus 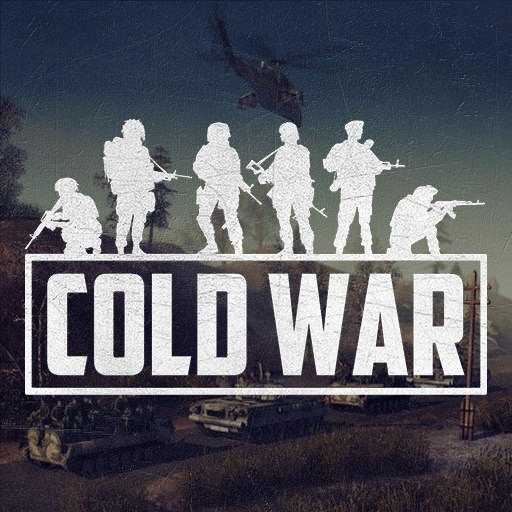 what am i supposed to do with this downloaded folder? i only got localization.pak and mod.info files and resource folder, which has more empty folders (except the logo in one of them)

I'm so confused on how to actually get this to work. Could anyone help me please?