The newest version of One Vision has been released. This version marks another big step forwards and brings new content, bug fixes and gameplay tweaks. One Vision is a mod for Command and Conquer: Kane's Wrath.

One Vision 0.8 features new units, upgrades and special abilities. But as announced, this version focuses on tweaking and rebalancing existing units to enrich the meta of the game.

This applies to infantry forces in particular, where almost every unit received a complete rework/rebalancing or some tweaks/buffs.

Now, heavy infantry is much more threatening and anti-infantry even more important.

Another highlight is an overhaul for the Renegades (replacing vanilla Nod) faction.

Staying true to their risky use of nuclear technology, the Renegades can equip Vertigos, Specters and Dawnbringer Devices with nuclear warheads to drastically increase the impact of their weapons.

However, the death of such upgraded units also results in a small nuclear explosion.
Moreover, the Renegades feature a classic unit from Red Alert 2: The Desolator.

This version also aims to fix the imbalances present in the game with: garrisoned infantry in epic units, tank defensive structures and a small veterancy rebalance.

For those who want to know more, a more detailed summary about the new features of One Visions can be read here: Moddb.com

Yes, you read right! A One Vision tournament is being planned for November.

The tournament will be organized by Phantom, aka Monstertaimer, as Gamereplays event so big thanks to him :)
More information will be given in the next days here and on: Gamereplays.org

We want to make this a big fun event for everybody involved. It is also a great possibility to test the balance of the mod. Also, if the tournament turns out to be a success, nothing stands in the way of making more events like this (and I might be willing to donate a cash price).

We are aware that people might be unfamiliar with the mod. This is why I write a guide for beginners covering all small tweaks that change the game. Moreover, the guide will cover the most influencing unit statistic changes and provide an overview of tactical possibilities.

In any case, stay tuned! 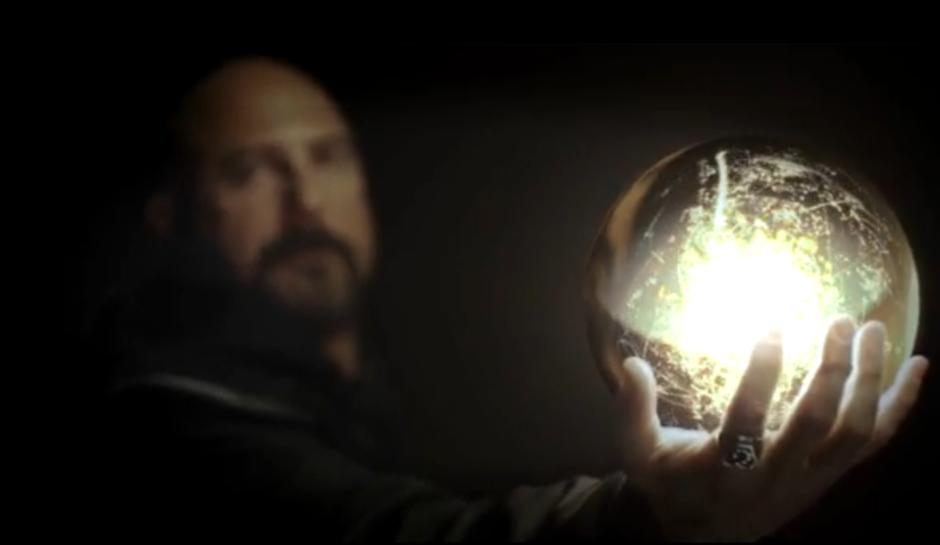 Future of One Vision

I am still very committed to One Vision but my studies started again and demand much time from my side. And since I am working alone, I can only make two releases at best in a year.

But to know what you can expect in the future, I share with you a brief look into the future of the mod.

The next big points I want to revisit is Marked of Kane and Nod lategame in general.

With a weak T3 Walker, Nod T3/T4 revolves too much around one-clicks and the Redeemer and just doesn't offer the diversity/quality of other factions. This also hits MoK particularly hard since they have no Scorpions and dedicated anti-infantry units can decimate their cyborgs very fast.

So expect more cybernetic madness and a makeover of the Avatar in the future!

The Scrin and GDI factions are in a nice spot and very fleshed out, but ZOCOM and RRF need more love as they lack the uniqueness of other factions.

While ZOCOM and RRF are very solid factions, the next release should be offering some new and fun upgrades/units I can't wait to implement!

Moreover, the ever mutating forces of Reaper-17 might get some more "toys", and I am considering a slight rework for some Traveler-59 mechanics.

What is your opinion about that and what would you like to see? Tell me in the comments!

the "A more in-depth article about all features can be read here: Moddb.com" link lead us to the same page as the former link

If you want I can offer help here and there to help you cover more stuff in the mod, I assume you prefer to work alone ofc but it won't hurt to get small help, if you really want to add more cybernetic madness how about adding few cyborg units from c&c4 such as the Reapers and Cyborg commando?

I can help with skins, portraits, and c&c4 units converters (can't promise any unit will work but in the few times I done it it work like a charm)

I honestly dont like much of the stuff from C&C4, but I must agree that some units there look nice. That shielded Nod cyborg, the Orca Paladin and the Zone Lancer for example, are nicelly designed if scaled well and recieving some palette changes.

yeah, I think so too. The reason why I did not include any units from CnC 4 is that they don't look good. But I think the ones you mentioned are very good and other units like the Nod Salamander, the Widow Tank or Reaper-Cyborg are quite decent, really.

hi author how do i put this mod to work.

Same here actually, I like really a few units that I think were wasted in that game, So if we could add them to KW and give them better rule it can be way nicer than use them in TT :/

Not to mention, the lighting/vfx/shading on KW should make the units look a lot less cartoony than they do in CnC4.

Speaking of this mod, maybe the MoK Redeemer can have garrisonable Enlightened? I don't see why EA never thought of this considering how customizable the MARV is. And ST's MARV even got new Fire Storm stuff so...

Sure it can, I already done it in my mod, same with the BH's Cabals, and Reapers17 Eradicator and blue shards

Thanks for the hint, I put the description together in a hurry as I had to leave my home only minutes later ^^

I agree that the Reaper is certainly a must have for MoK (and among the few good looking models from CnC 4). But for now I am interested to see how CnC4 works on my own. I bought it on steam sale and should better make some use of it now xD.

As of the Cyborg-Commando, I actually already have an almost finished Cyborg Commando, but it had bugs and I didn't want to delay the release any further, so I cut it from this version.

No, I wouldn't mind some collaboration... it's just the issue with the time and I don't see myself having a lot of it in the near future... (uni and stuf)

Maybe at a later time, man.

PM you the rest

I run mod through the launcher and the game does not change, what to do? Runs without errors repak by rg-mechanics and license on CD but no changes...

if you open the launcher and hit the "mods" button, the windows explorer should show up. What do you see inside the folder?

hmmm, you might want to contact Bibber about this issue (look on moddb), as he made the mod launcher. I am afraid my knowledge with this tool is limited, I think you will get the better answers from him.

Look who's on the Main Page : D

Not sure if it is possible, but can you keep the vanilla factions as well as the new ones, or is it an engine limitation

Not sure if this was answered or not before, but can I get a step by step guide to installing this mod on Windows 7? And or on Origins?

Are you using the Ultimate Collection?
For this version, there are fixed launchers.