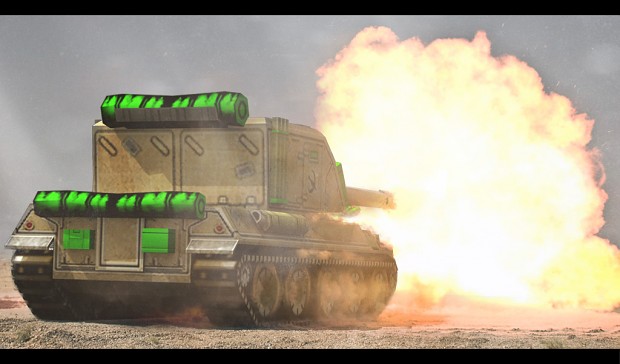 No looks more like a KV-2 or some other hybrid

Oh god... an anti-everything cannon... I can't wait to get my hands on that big fat gun.

But the real question is... is it the fattest biggest gun???

Since the idea of moving the scimitar tank as a higher tier was a failure, the scimitar tank is back to being the tier 0 main battle tank of prince kassad instead. Now introducing the Nrabtihs tank destroyer, basically a bigger, fatter and slower version of the scimitar tank at tier 1 which is armed with a big fat 155mm anti-everything cannon.