With the covid-19 pandemic still going on, we've decided to release a vaccine for your covid-19 blues so you all can entertain yourselves during this time. So, heres a new version of CCU just for U y'all to play with either Urself or with Ur friends. Have fun and enjoy..

Just extract the entire contents of this folder in your ZH Directory; no previous patches are needed for this version as this is a full-on release.

If you're still having problems, you can refer to this three handy guides:
How to do a CLEAN ZH Reinstall
How to Install ZH in Windows 10
How to Install Multiple ZH Mods

Like the previous version, this version is basically now a stand-alone, meaning that you won't need version 3.80 and previous versions to play this version. So, If you have installed previous patches that was released before or after version 3.80, don't worry, the contents in this package will overwrite them and will not, theoretically, cause any conflicts.

With the reintroduction of the Generals Challenge from V 3.80, further work and bug fixes
were done in this new version, as seen below:

-Fixed camera bug in most gen challenges where it changes drastically in pitch after clicking the middle mouse or reset camera button.
-Conducted more minor visual and pathfinding improvements on most Generals Challenge maps.

US Airforce General:
-Fixed a few issues regarding hunt behaviours of attack teams.

China Nuclear General:
-More tweaks and fixes on the AI scripts were done to insure further stability; courtesy of DARKozDARKA.
-Edited attack teams to be abit more reasonable at the start.

China Boss General:
-Fixed a few of her of units and buildings stats to match or be better than their normal counterparts.

Since this is still a VERY EARLY iteration of "Generals Challenge" being reintroduced into the mod, do note that it will be bound to be FULL of bugs and things flatout not working;
So, if you find something bug, weird or funny things going on, report it directly in our official discord server (link below).

This very early version of "Generals Challenge" is a collaboration project between the
CCU team and NProject mod by n5p29.

they're still the most broken and unfinished out of all available challenges.

---AI---
-Conducted even more backend coding fixes to accomodate the reintroduction of the AI.
***Note***
This AI script fix is still in very alpha stage so don't expect it to work 100% and might still cause game crashes.
Fix is provided by Sato-kun, the mod leader and author of the 'Condition Zero' Mod;
Check out sato's mod here: C&C Condition Zero

-Fixed the long standing menu bug where you cannot set the "GameSpeed" slider past 60 in the skirmish menu.
-"Exit Container", "Exit Structure" and "Exit Bunker" command button now has a keyboard hotkey.
-Backtracked a v3.78 introduced change and reduced the shockwave amount of most weapons again due to unfortunate consequences.

Since the changelog is obscenely long, the full changelog is contained in the package instead for your reading pleasure.

----FINAL NOTE----
If you have any suggestions, criticism or bug reports, you can join us in our official discord server:
NOPE Server 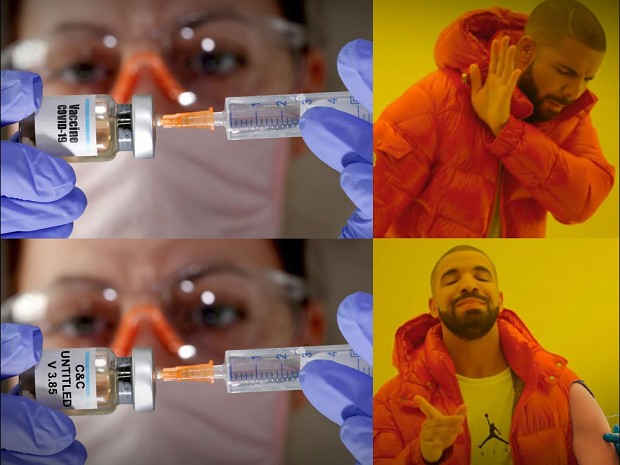 Thanks, I needed this.

Now I feel like I can get super powers from Nuclear Radiation!
Maybe I can from Toxin too?

Finally. I didn't expect this release will come. But thanks NLS Studios. Also great meme by the way.

Before that it is normal when China nuclear missile is doing WAY DEVASTATING damage? I mean they can wipe down almost entire enemy base including their superweapons. Just want to know. (This for version 3.83)

By the way thank you again for this mod and stay safe everybody.

I have a minor bug report. (I say "minor", but it could very well be annoying)

After restarting Tao's challenge map, the dozer you start with gets killed by Tao's introductionary cutscene due to it being place at the back of the CC, thus allowing the expanded rad field from said nuke to kill the dozer, thus leaving one with no dozer, having to build right from the start.

Again, like I said, it's "minor", but it can't be ignored either. I hope it'll get fixed eventually. At least the annoying crash from the previous versions is fixed in this version it seems at least, thank goodness.

EDIT: Found yet another piece of ********, this time it's on Leang's challenge on Untitled "Hard" difficulty which is renamed to "Brutal" difficulty for some reason. THESE appear RIGHT at the damn start of the challenge, unfairish-overkill much...?! I.imgur.com 0_o

Ooh that's a big oopsie on that boss gen stage, added on the fix list

Oh, thank goodness... Thanks SOOOO much for listening, honestly. ^-^

Be sure to also fix the aforementioned dozer/worker placement on Tao's challenge map, since they get killed before the introductionary scene even finishes, I am NOT bullshitting here. If you place them away from the CC's backside and instead in front of it, then the radiation from the introductionary nuke shouldn't kill them.

And the map crashes most of the time, when too many Atomic Artillery are firing in the middle of the map. Most of the Time, its crashes with my version.

hey where is the launch button