With the covid-19 pandemic going on, we've decided to release a new C&C U version so you all can entertain yourselves during this time. So, heres a new version of CCU just for U y'all to play with either Urself or with Ur friends. Have fun and enjoy..

Just extract the entire contents of this folder in your ZH Directory; no previous patches are needed for this version as this is a full-on release.

If you're still having problems, you can refer to this three handy guides:
How to do a CLEAN ZH Reinstall
How to Install ZH in Windows 10
How to Install Multiple ZH Mods

Like the previous version, this version is basically now a stand-alone, meaning that you won't need version 3.80 and previous versions to play this version. So, If you have installed previous patches that was released before or after version 3.80, don't worry, the contents in this package will overwrite them and will not, theoretically, cause any conflicts.

With the reintroduction of the Generals Challenge from V 3.80, further work and bug fixes
were done in this new version, as seen below:

Airforce General:
-Now properly builds the tech center so that it upgrades stuff properly.
-Added additional defenses in and around his base.

Stealth General:
-Now uses his own faction specific sniper infantry instead of the US pathfinder.
-Adjusted base build areas for both AI and Player so both can maneuver and build stuff better around the map.

Since this is still a VERY EARLY iteration of "Generals Challenge" being reintroduced into the mod, do note that it will be bound to be FULL of bugs and things flatout not working;
So, if you find something bug, weird or funny things going on, report it directly in our official discord server (link below).

This very early version of "Generals Challenge" is a collaboration project between the
CCU team and NProject mod by n5p29.

they're still the most broken and unfinished out of all available challenges.

---AI---
-Conducted even more backend coding fixes to accomodate the reintroduction of the AI.
***Note***
This AI script fix is still in very alpha stage so don't expect it to work 100% and might still cause game crashes.
Fix is provided by Sato-kun, the mod leader and author of the 'Condition Zero' Mod;
Check out sato's mod here: C&C Condition Zero

ALASKA OIL CONFLICT [2 Players]
Author: Starduster
Description:
A 1 v 1 map set in a partially remote military dock area somewhere up in alaska.
Compared to the public version, this version was slightly modified to make it compatible with CCU.

GREEK SHOWDOWN [ 3 players ]
Author: RedDeadSmeg
Website: Moddb.com
Description:
A 3 player map set in a temperate coastal town somewhere in greece.
One of the player starting point is on an island only connected by bridges
so this map can be used in a 'art of defense' style gameplay approach.

----FINAL NOTE----
If you have any suggestions, criticism or bug reports, you can join us in our official discord server:
NOPE Server 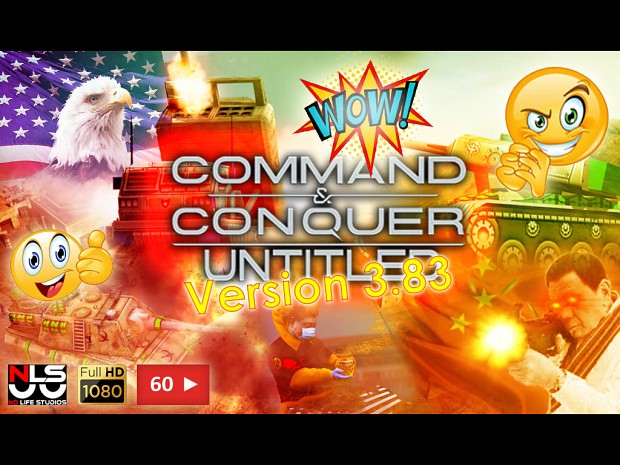 :) to stay up late with a headache! cool mod!

Thanks
God bless you!

thank you. althrough the mod is not in my top 3 mods, is still one of the best and i will download now and play, because of the new changes made.

Lol, why is Duterte there?

I do know that he shut down ABS-CBN due to them critical to him.

Son of a bitch Obama!

So the GLA AI seems to place lots and lots of tunnel network defenses, like A LOT of them, should this be happening? They can place like five layers of tunnel defenses before even reaching a structure

That's how he makes the AI hard i am pretty sure. It's REALLY hard to brute-force your way through GLA defenses when they are layered like that.

Thanks so much as always CCU Team, we truly do appreciate this! ^-^

I'm new to this mod, is the mod like a serious one, or a joke mod? (Based on the fact that I looked at the images first) :p

It's a serious one. Try it it adds many new things to the game and it's not a joke like shockwave chaos mod

Greetings, General! I`d like to ask you a question about AI. Can I do something by myself? I mean, if there are two or more files like AI Data and Scirmish.scb, can I fix that AI issue by replacing these with files from previous mod version?
Thanks.

You can try, I doubt it will work though.

That means we have problem with something else? Awww, this is bad... But what if I will transfer new W3D and shaders archive to the folder with elder mod version (correcting the Object INI files with some new models names where I have to, of course)... I`ve spotted that newest versions present some different weapon objects and models even for overlord gattling cannon... Well, sould I expect the better option doing that way?? I just can`t give it up undone, General!
I CAN`T!!!!

You are free to edit the mod in any way you like as long as you know how.

Hi, i started playind this mod and its amazing but why when i choose the skirmish mode in the game, and cpu level on normal the computer didnt build anything....?

is this somewhat, a plug-and-play type where i just have to extract all the files in a clean Zero Hour game folder? thanks guyths foe advance replies .. needed to confirm from you "experts" if what i read in the game description is right .. gbu all AJA - Duterte xD

Hey, is Air force's paradrop fixed in this version?

General, I`ve heard there was some earlier Untitled Mod versions in which american paladin tank had it`s mg gun working separately.
Can you tell me what Mod version was that?

...and this isn`t working the way I was hoping for, dammit :(

In the future, please don't ask modding questions in the downloads comment section.

The crash issue that occurs during the Nuke Gen challenge map after a few minutes in still persists. Also, for some very strange reason, during General Kwai's Gen Challenge map, if one clicks the middle mouse button, instead of reverting back to the normal top-down view aspect, it goes completely haywire and insteads messes the camera up so that it shows a VERY weird "on-the-ground" view, like so: I.imgur.com

Dear creator, I hope I'm not bothering you too much, I have problem. You read, when i open my ZH after download this mod, it won't let me play because of the technical difficulty. I'm not very good at fixing this. So, may I ask, how?